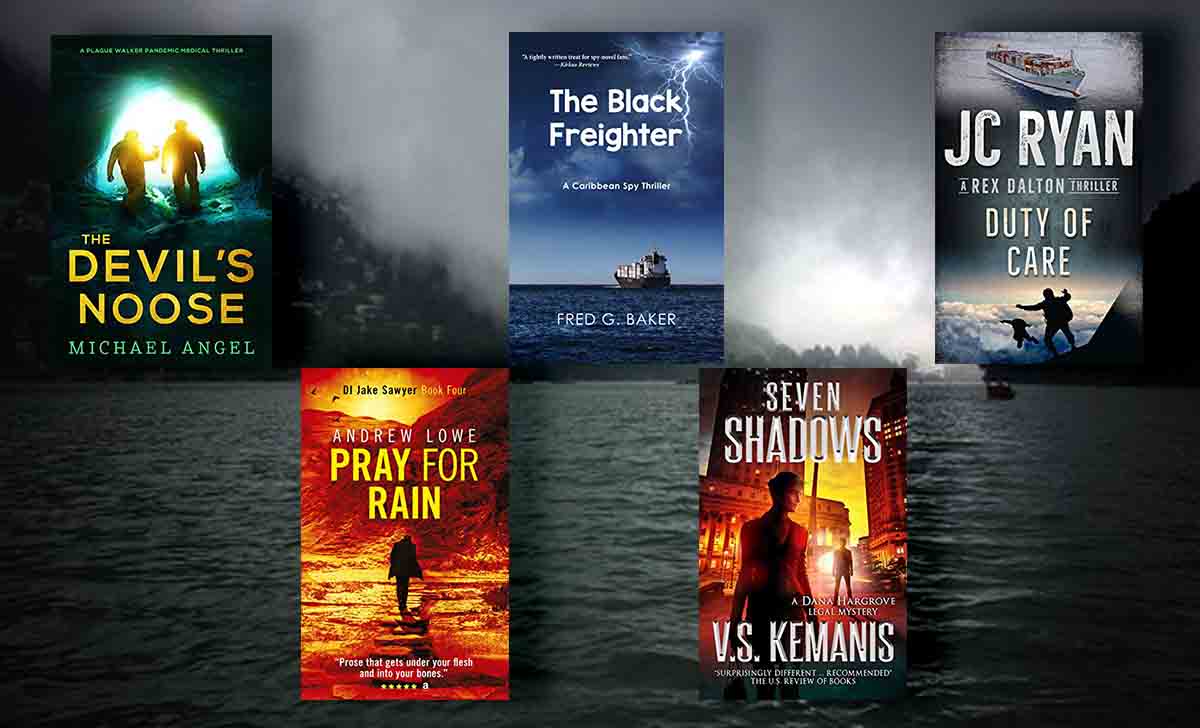 Each and every week, subscribers to Hidden Gems receive invitations to review brand-new ebooks for FREE – sometimes before they’re even published. Of the over 15 different genres we offer, thrillers remain one of the most popular – and so we’ve gathered a list of the five favorite thrillers shared with subscribers in recent months, as calculated by the number and quality of the reviews our readers gave them. 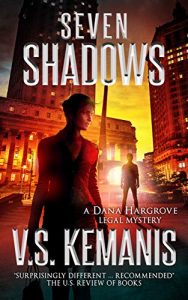 The best thrillers are centered around vividly-believable characters, and that’s what’s so impressive about Seven Shadows – the fifth and most recent of the Dana Hargrove Legal Mysteries. Although four books proceed this one – following brilliant New York prosecutor Dana as she makes her way toward a new position as a trial judge – you can dive right in, and you’ll love seeing through the eyes of this principled, but complex woman as she sees the criminal justice system from a different angle, and finds shadows from her past stalking her in and out of the courtroom.

Reviewer Tracy Koehler gave the book 5-stars and wrote: “I’m obviously a Kemanis novice, but I’m pleased to note that her background in law is very much on display in her writing and characters — in all the best ways. I sensed it in the moments and details she chose to describe and in the ways she described them. I could tell (and feel) that the author has ‘been there, done that.’ Even better, she was paying attention! She was noticing her own thoughts and feelings and she truly draws on those experiences to inform her story material, to give her characters and scenes a certain ring of truth and personal authenticity that really does add a richness of detail to the reading experience that I very much appreciated as a reader.”

SootFam gave a similar review, writing: “I’ve never been much one for mysteries, but this series has changed my mind. It’s got great characters and fantastic prose. The usual mystery and crime tropes are all there but they’ve been given a fresh face. And the best part is that each case feels new. Rather than feeling like the 100th episode of the 15th Law and Order spinoff, it feels like a fresh world you’re dipping into with each case. Your guides might be familiar but the world itself always feels fresh!” 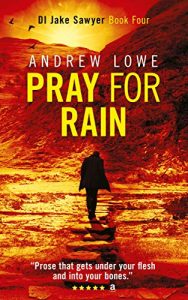 Pray For Rain by Andrew Lowe

British author Andrew Lowe gave us another terrific, tortured protagonist in this book – the fourth in his DI Jake Sawyer series. In this installment, Detective Inspector Sawyer is back on the beat, after an enforced break to deal with his demons. The struggling detective is immediately thrown back into the deep end, though, when he’s assigned to investigate the murder of another young woman in Britain’s beautiful Peak District – the fourth in recent weeks. As a heatwave drives the whole country insane, the killer contacts Sawyer, and challenges him to catch them.

“To me, Jake is a combination of Connelly’s Harry Bosch and Hayder’s Jack Caffery – American and British,” writes PEC in his 5-star review. “….haunted, flawed and driven. They all have issues with authority because they find it hard to deal with politics and ineptitude at the expense of good police work and justice for victims. Like Jake, the supporting characters and villains are multi-layered as are the plots. Hope to see many more Books in the Jake Sawyer series.”

“Great characters,” writes C. Sasser, in a 5-star review. ” The story was interesting from the beginning to the end with a lot of twists, turns and surprises along the way. There were tense moments that kept the story entertaining and the reader on the edge of his seat.” 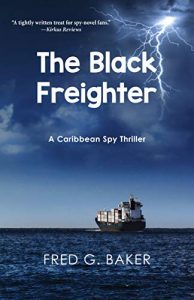 Ginger of Hidden Gems liked this book so much he did a video review of it, and if you’re a fan of the old Ian Fleming or Len Deighton thrillers, he definitely recommends it. It’s the taut tale of journalist and CIA agent Robert Wilson, as he investigates political skulduggery during a hotly-contested Caribbean election; and finds himself caught between three international powers, all vying for influence in this tiny island country.

Corrie the reviewer gave the book 5-stars: “Wow, I really enjoyed Black Freighter: A Caribbean Spy Thriller. Normally it takes me a chapter or so to get into a book but this one had me hooked immediately. I really liked the writing style. I felt immediately connected to the story, the scenery and characters. I had a vivid picture in my mind right away. When reading a well written book, it kind of plays like a movie in my mind and this book did that for me. I did not notice any spelling or editing mistakes, which in some books I find glaringly easy to spot and it kind of drives me crazy. If there were any, the plot was so good, I missed them.”

“Even better than punch rum. A wonderful weekend read,” writes Rory, in another 5-star review. ” is a spy thriller like nothing else I’ve read. It weaves so well with reality a reader could easily imagine these events actually taking place. I absolutely recommend this book. It’s relentless like the Caribbean rainfall in how captivating it is. There are no slow moments as the plot builds up. The story is easy to follow along, but yet has many surprises along the way so I never knew quite what would happen next.” 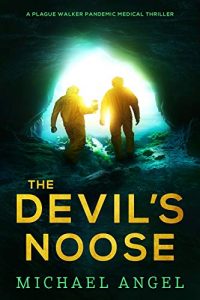 The Devil’s Noose by Michael Angel

Given current events, if you want a thriller to really make your blood run cold, then this ‘pandemic medical thriller’ is the read for you. It’s the tale of traumatized epidemiologist Leigh Austen, who is forced to face her demons when a pandemic breaks out in a former Soviet Republic, and she has to lead the charge to contain it before millions face infection.

“Very interesting plague,” writes D Q in a 5-star review. “This story starts out simply enough, but then draws the reader into it ever deeper. Austin is given a cryptic message that is only unveiled as events occur. Deep in a mine they discover a primordial substance that is much more than it seems. Some of the people brought in to analyze the substance are more than they seem also. An interesting an enjoyable story.”

“Scary and suspenseful,” warns Richard Connell, in another 5-star review. “Michael Angel does a great job of keeping the readers attention. I was never able to predict what would happen next, and at times I dreaded finding out. The events of the story are, unfortunately, quite believable. I can highly recommend it to anyone who enjoys a good suspense novel.” 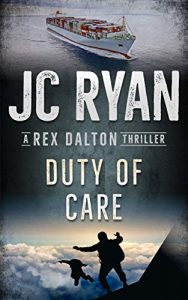 Duty Of Care by JC Ryan

Prolific author JC Ryan is one of my favorites, and he doesn’t disappoint in the 8th book in his Rex Dalton series. This time, Rex and Digger head to Rome – where a planned encounter with an old flame leads instead to kidnapping, torture, and revenge.

“Another winning J C Ryan series!” Amazon Customer writes in a 5-star review. “When I started reading this series, I thought it couldn’t possibly be as intriguing as the Rossler Foundation series. Wrong! Ryan must have a vast knowledge in many subject areas, to put together so many books with detailed information about a variety of subjects. Though retired, I have definitely been derelict in my usual daily duties, and find myself unable to put down any of these books. They are believable enough to make one think that some of the connections and happenings might reflect reality – I hope not, for our country’s sake! Ryan develops his characters well, and paints a picture of various surroundings in the reader’s head to make one think these things could really be happening. Read ANY of JC Ryan’s books I’m going to do just that, and know I won’t be disappointed!”

“I just love the relationship between Digger the dog and Rex. There could be a whole book on them… Oh, wait, there is!” Sherry Gutzwiller gave the book 5-stars in her review. “Adventure, excitement and more. Friends helping friends. Is there romance in the cards for Rex, one can only hope. In the mean time he has beautiful woman who adore him and Digger. you will enjoy this book and many of the other books by Ryan . Give them a try – you won’t be disappointed.”

There are thrills, chills and all manner of excitement FREE in your email each and every day when you sign up to Hidden Gems. Choose from any or all of over 15 different genres and receive invites to download FREE copies of the latest books! 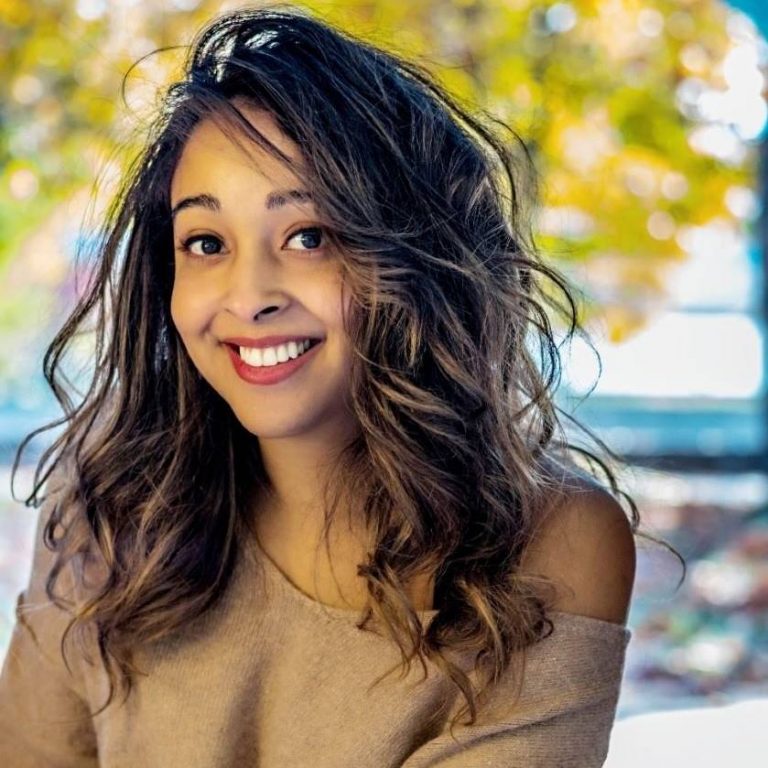 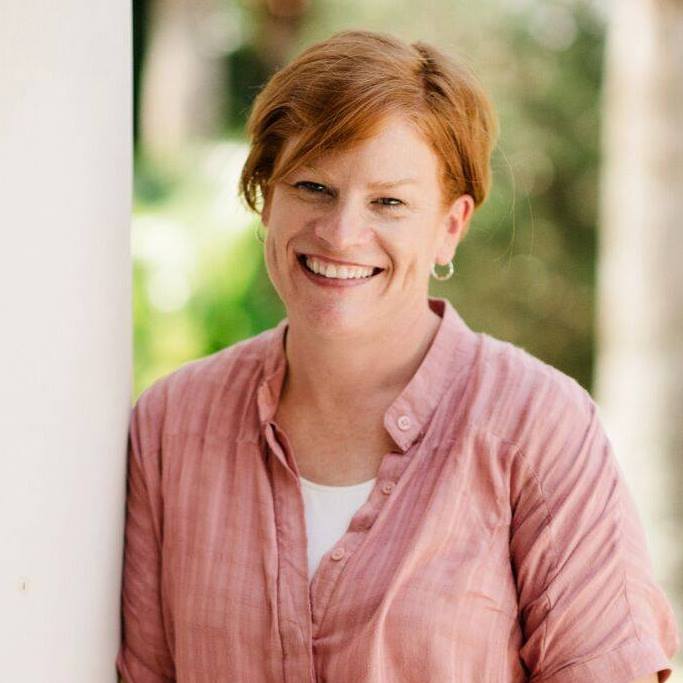