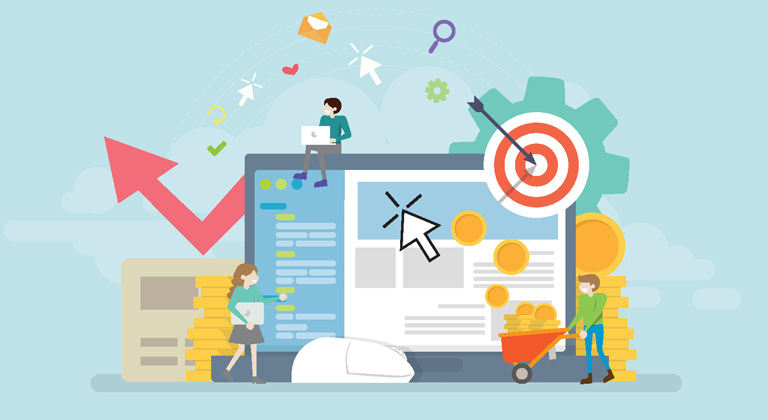 With all the recent changes Amazon has been making, more and more authors are having to rely on Advertising on Amazon to get their book seen by potential readers. However, getting profitable ad campaigns from Advertising on Amazon isn’t easy, and not everyone wants or needs something as in-depth as Mark Dawson’s recently re-opened Ads for Authors course (although we do recommend it, for anyone interested). For those that are looking for some simpler advice on what to really focus on, here are three tips that might help.

Tip #1: Work out the true value of each book sale.

The first thing to know is that Amazon generates its ACOS percentage based on book sales alone – it doesn’t factor in Kindle Unlimited page reads. If your book is in KDP Select, you’ll probably be making money through page reads in addition to book sales – sometimes, quite a lot! As a romance author, I find I make $5 in page reads for every $1 I make in book sales, none of which Amazon factors into their ACOS. Obviously, this significantly changes the range in which I can be making a positive return on investment with my advertising.

Finally, Amazon hasn’t implemented any way to track follow-on purchases – so if somebody clicks on your ad and reads your book and then buys the sequel, you’ll actually be scoring two book sales for just one advertising campaign; and the royalties from that second book are all profit!

What does this look like in real life? Well, let’s take Lee Child as a fictional example. If he was advertising the first book in his Jack Reacher series, he’d be making about $7 in profit from each ebook sale – so as long as he spent less than that in advertising costs, he’d be making a profit.

Except there are 25 books in the Jack Reacher series – and if the reader who picked up book one then went on to read all the others – all priced at $9.99 – that one sale would eventually translate into $175 in profit. As you can see, advertising then becomes a wildly different game.

Of course, it’s unlikely that every new reader would buy every book in the series – but enough of them do (or at least buy more than just the first one) to make it highly likely that the range of profitable advertising budget is actually higher than $7 – potentially a lot higher.

Likewise, authors who are in Kindle Unlimited will never know how many of their clicks resulted in a ‘Read Now for Free’ click, rather than a sale – but they still get paid for them! I mentioned above that I get $5 in page reads for every $1 in book sales, so it’s possible that I’m receiving five times as much income from my advertising than my ACOS indicates.

The only way to track these metrics is through calculated guesswork. You can compare a month-long period in which you weren’t advertising against a month in which you were and see if there are any noticeable spikes in page reads – and the longer you make these comparisons, the more accurate they’ll become.

Likewise, the only way you can track follow-on sales is to see if there was any uptick in purchases of book two and beyond during a period in which you were advertising. Once again, this will partly be guesswork; but the longer you make these comparisons, the more you can figure out if there is any real correlation or not.

This all becomes important because profitable advertising isn’t easy – and figuring out that a sale might deliver more value than the ACOS suggests will hopefully make you feel more confident about advertising your books. 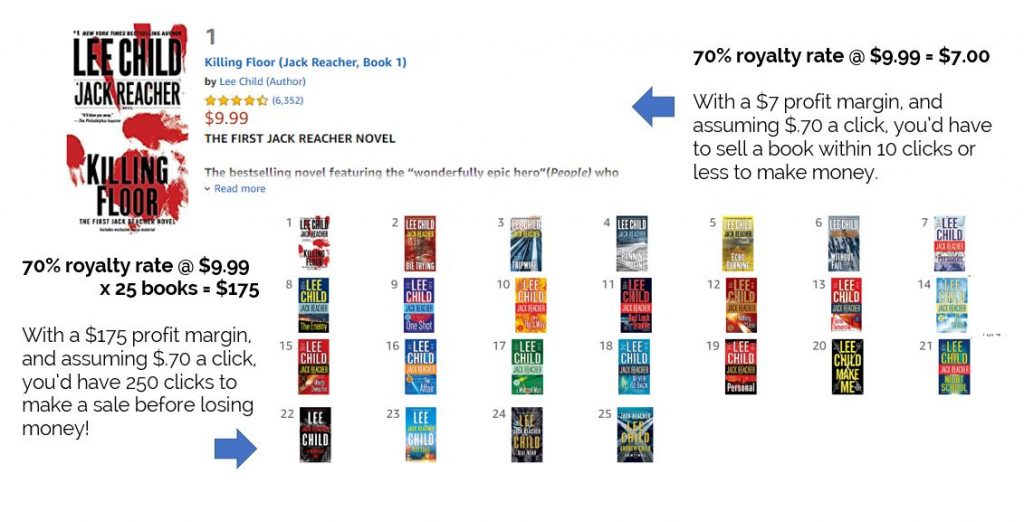 Tip #2: Scale up with new campaigns, not increased budgets.

One of the first obstacles people encounter when trying to run profitable advertising campaigns is scaling them up. Most of us start small – a daily budget of $1 to $5 dollars – and then increase the budget depending on the success of the campaign. The problem is, a lot of the time we don’t see that profitable ACOS stay at the same level, even though we’re spending more money! We’ll often start losing that comfortable profit margin.

This is because Advertising on Amazon is a tricky creature – and you’ll often find that the moment you increase your budget, you’ll start paying for clicks that don’t end up resulting in sales. This is because the number of people who search for a specific book or a particular keyword on any given day is limited; and once you’ve run through that crowd, Amazon will automatically start pitching your increased budget to other potential readers, instead.

A much more profitable solution is the counter-intuitive practice of duplicating your successful campaigns – literally running the same campaign, with the same keywords, and the same budget. Rather than cancel each other out, you’ll find you end up competing against yourself – which means you’ll often get more sales from two $5 than a single campaign set to $10 per day.

Likewise, you can ‘scale up’ by examining all your previous campaigns, selecting the highest-performing keywords, and creating a brand-new ‘super’ campaign. This is where it becomes so important to have as many keywords as possible, as each campaign will self-identify the all-star performers, and in addition to using those as the basis of a new campaign, you can also use them to provide clues about which sort of readers your books appeal to.

This can spin off into whole new avenues of keyword research – as you use the power of Advertising on Amazon to introduce a whole new audience of readers to your books.

One of the most powerful shifts in mindset you can make as a self-published author is to start thinking like a reader. How do they discover new books? What makes them click on a book cover in the Sponsored Content ribbon? If you move from thinking like a book seller to thinking like a book buyer, you’ll often find yourself discovering new tricks and techniques that you’d been blind to previously.

For example, one trick that worked really well for me was looking at the covers of the books I was trying to use as sources of keywords. An ad doesn’t sell your book, after all – it just drives traffic through to your product page – so getting the cover right is really, really important.

It’s not so much that your cover has to be good – although obviously that’s massively important, as Amazon readers do ‘judge a book by its cover.’ Instead, it’s that your cover looks congruent with all the other books it’ll be featured alongside.

Romance is an especially good example of how this works. Check out these two books below – and the “Sponsored Content” ribbon next to them. Regency Romance has such a distinctive cover style that Lauren Landish’s books look out-of-place among titles like How to Capture a Duke and Rakes Always Kiss First – and I imagine this is not an effective place for her books to be advertised.

Likewise, author Marc Levy used a distinctive graphical cover style, so Teardrops and Flip Flops might be a great match for potential readers, since it shares a similar cover style.

When you’re doing your keyword research, look for books with similar cover styles to your own, because those are often the most effective books to advertise alongside. 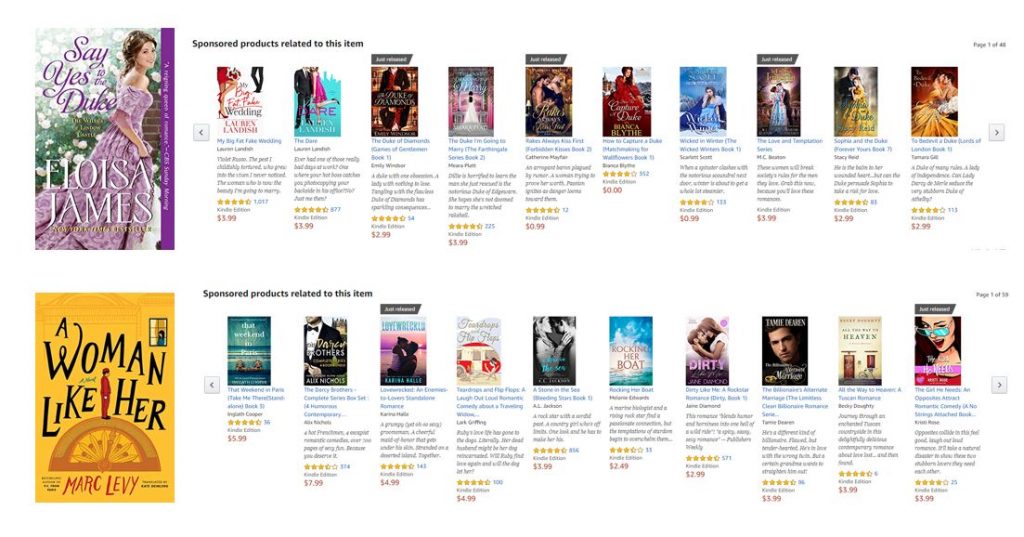 Likewise, always pay special attention to your product page – because that’s what ultimately sells your book. Look at your description, cover, and blurb and think objectively about whether they all combine to make your book a must-purchase – and deliver what readers might expect after having clicked on one of your ads.

We’ll be back each and every week with more tips and tricks for authors to reach a wider audience – and if you have any topics or questions you’d like us to focus on, don’t be shy about letting us know in the comments section below. 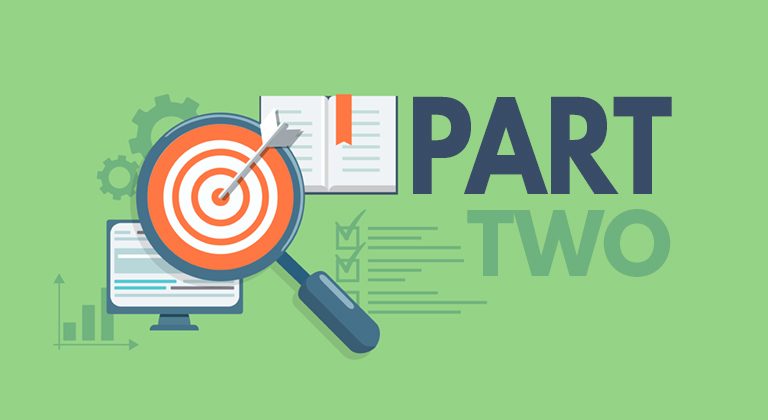 The Dirty Secret About Keywords – Part 2 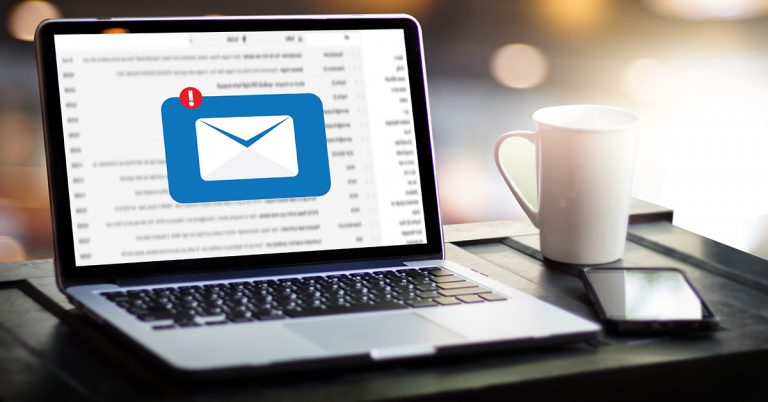 “Why can’t I make money advertising?” – A Common Question from our Mailbox