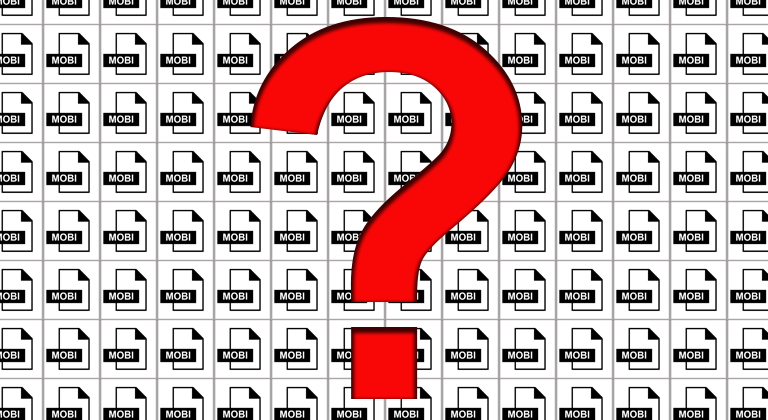 (UPDATE – May 5, 2022 – Yesterday, Amazon sent out an email that as of August 2022, MOBIs would no longer be supported via the send to kindle process and that effective immediately, EPUB files ARE supported for that process. Thus the article below is now out of date, but I’ll leave it for historical purposes as it was originally written in October 2021, which means it was more than half a year where Amazon’s support for the MOBI format was inconsistent)

Fairly recently, I’ve started getting the occasional email from authors asking why they still need to provide their ARC in the MOBI format, given that “Amazon no longer supports it”.  Often the question is backed up by the claim that even popular software like Vellum recognize the recent obsolescence of the format and thus no longer create MOBI files, making it harder for the author to provide them.

Both of these claims are technically untrue, but I can see why the facts are being interpreted this way. Unfortunately, as is so often the case, the reality of the situation is complicated and perhaps a bit half-baked, leading to misinformation and confusion among authors. And when that happens, I figure it’s time to add a new entry to our old rumor busting blog series.

So let’s dig into the facts and figure out what’s really going on here, because while it may be true that MOBI’s days are numbered, if you plan to continue sending free copies of your book to Amazon readers in the hopes of getting reviews, it’s premature to be turning your back on the format completely.

Does Amazon still use MOBI files or not?

Well… yes and no.

The issue is that while Amazon has gotten rid of the format in one place, they still require it in another.

To explain why, it actually helps to know a bit of the history of the MOBI file, so let’s go over that VERY BRIEFLY.

The original MOBI format was created by a company called Mobipocket back in 2000.  Amazon bought that company in 2005 and adopted the format as its own for a number of years, but eventually switched to the Kindle File Format (with the extension .azw). At first, the new format was just a minor change from the original, but with each new iteration new features were added and it began to drift further and further away from the original MOBI specifications.

However, to maintain backwards compatibility with older devices, these new formats always included the original formats within them. This allowed the older devices to still read the new files, but at the expense of losing some of the newer features (and a more bloated file).

Devices that read eBooks have come a long way since they were first introduced, and newer eBook formats have evolved to make reading and displaying text (and graphics) much better – both to take advantage of what those devices can do, but also to provide a better and more customizable reading experience to a wider variety of readers.

But continuing to do it this way is far from ideal, and so as of August 2021, Amazon decided to officially stop allowing MOBI files to be published to KDP. The official explanation is that this will make it simpler to create reflowable eBooks by removing the overhead of having to support the legacy MOBI versions.

This means that you can’t upload a MOBI file to KDP anymore, you have to upload your book in one of a number of other formats, such as Word, KPF (Kindle Create files), or EPUB.

But that doesn’t mean MOBI files are useless now, because while Amazon has blocked authors from uploading the format to KDP, they did not make a corresponding change to the formats that readers can send to their kindle devices directly…

It’s all about your readers now…

As you can see here, the list of formats that can be sent to a kindle device has not changed.  Notice that the MOBI format is still listed, but the EPUB format is not. Even Amazon’s own KPF format isn’t one of the options!

This means that Amazon wants you to upload an EPUB (or Word doc, etc), and anyone buying the book from Amazon will automatically get whatever format works best for their device, but if you want to send the book file to someone (like an ARC reader) to load directly onto their kindle, you’re still stuck with the MOBI version*.

*Yes, technically you can send them any of the other supported formats on that list, but most authors would be very reluctant to send the Word doc version of their books out, and formats like PDF are not designed well for eReaders.

What about convertors dropping support for the MOBI format?

Another factor that has thrown some fuel onto the fire of the rumor of MOBI’s complete obsolescence, is that Vellum – a popular software conversion tool – has quickly followed Amazon’s lead and removed the creation of MOBI files from their default menus.

However, turning the option off via a preferences toggle was all they really did, and it can be easily turned back on by anyone wishing to continue creating MOBI files with Vellum.

Still, it’s an extra and unnecessary hoop to make already overburdened authors jump through. It would be far easier and more convenient for authors if the default was to keep the MOBI option turned on, but I suspect the reason for the change was that this way is better for Vellum (as a company). After all, one less format that authors create is one less format that they have to support in case of issues.

Even better for them would be to remove the feature completely, but they didn’t do that – which they surely would have if MOBI’s truly had no more use. But even Vellum is aware that the format is still necessary, and they admit as much to anyone that takes on the task of wading through their help files to figure out how to turn the MOBI option back on.

I’ll save you the trouble of searching for it, you can find the instructions right here. As you can see, along with the preferences you need to change to re-enable MOBI generation, you’ll see Vellum’s own explanation that you still need the format if you want to “sideload your ebook onto a Kindle – for your own testing or to send to an advance reader”.

They actually make another great argument against hiding the feature in that sentence. Even if you aren’t sending the book out to ARC readers (or friends, or family, etc), it’s always a smart move to load your book onto your own devices prior to publication to make sure everything looks okay.

At this point, though, if you already have an EPUB version of your book and need a MOBI, I wouldn’t even recommend jumping through the hoops and confusion of using Vellum to create it. Instead, I recommend you download Calibre. It’s free and easy to use eBook conversion software, and I find it handy for a wide variety of things. And using it to convert between formats is not just easy, but very fast and the result is usually a near identical copy – at least for novels that are mainly text based.

Will Amazon ever expand the list of formats allowed to send to Kindles?

I don’t know the answer to this, but I would assume that they will eventually. I’m actually surprised that they haven’t already. I could be lacking some technical knowledge, but to my mind, the issue is mainly a software problem. eBook formats are simply ways of describing a book that includes formatting information, which is why conversion software can easily convert between one eBook format to another.

The ability to interpret these formatting languages and use them to properly display the text on a kindle (or any eReader) is all done via software, so I can’t think of any reason why they couldn’t push through a software update to their devices that would allow them to understand and display the EPUB format (or any of the others).  Even if some newer features couldn’t be supported on specific devices, I’m sure they could have some sort of workaround to disable those features for those devices. Or even if that were impossible, they could at least make it work for the majority of cases and those that don’t could simply send back an error message if a specific format is incompatible with the device it’s being sent to.

But the most perplexing reason is that they’re already doing it!  You upload your EPUB to KDP, and Amazon does whatever they do on their end to format it so that it can be sent to whatever device is used by the person that buys it. I can’t think of a single legitimate reason they couldn’t use that same process to convert an EPUB sent to a kindle device – at least by the email feature (sideloading it to your device directly is another story).  If I email a book in any of the supported formats to my @kindle email, it shows up on my kindle device. For many of those formats (if not all), some sort of conversion is necessary. So why can’t they add EPUB to that list, when they clearly already know how to convert it to display on kindles?

I said I couldn’t think of any legitimate reason, but that doesn’t mean I can’t think of any reason at all. Again, I’ll preface this by saying that there may be some technical issue I’m unaware of, but I doubt it.  More likely, it’s just a priority issue.

Amazon isn’t earning any revenue when a customer sends a file directly to their kindle, and thus improving the options and experience of that feature is likely a very low priority for Amazon.  They may eventually get around to it, but who knows when.

Until they do, though, we’re still stuck with MOBI files. 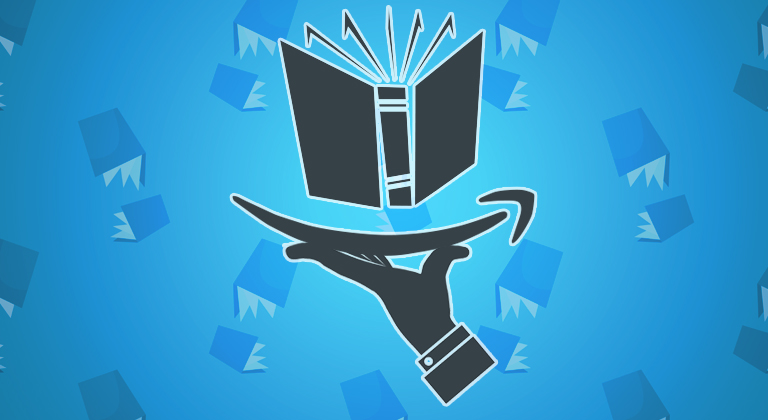 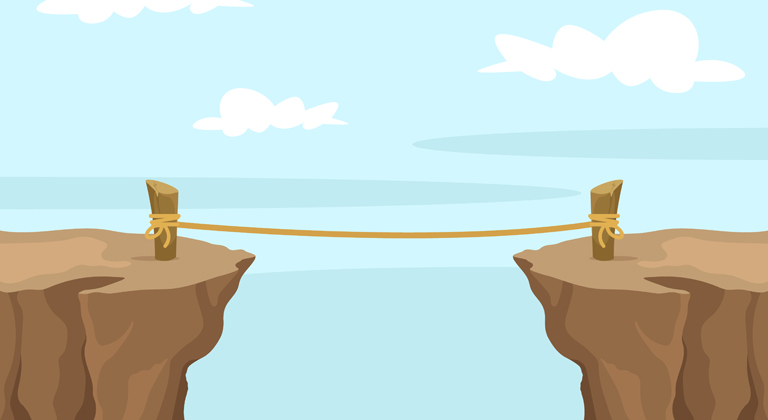