Are Amazon’s Indie Authors Earning What They Deserve? 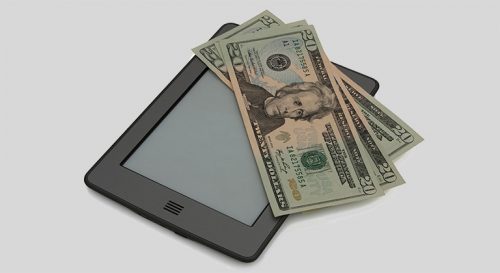 Ever lowering payouts, a lack of transparency, and a history of making mistakes are leading many authors to wonder just how much longer they can continue to write for the book giant. Is it time for Amazon to allow external auditors to look into its records?

Let’s look at how things got to where they are now, what some of the problems are, and then what, if anything, should be done about it.

The idea of an all you can read subscription service wasn’t invented by Amazon (Oyster and Scribd did it first), but one could argue it perfected the model – at least from a retailer’s perspective. Launched in 2014, Amazon’s $10 a month Kindle Unlimited (KU) subscription service introduced the idea of exclusivity to its authors. Independent authors that wanted to participate had to pay the heavy price of pulling their novels from all other online retailers, which explains why many of your favorite novels are only available on Amazon.

Some top tier authors, however, were given limited time exemptions to this exclusivity, while others still enjoy such arrangements today (J.K. Rowling’s Harry Potter books, for example).

The original KU program paid a flat amount per “borrow” (readers borrow and return books from the program at will, with authors only being paid once per customer). This amount fluctuated slightly, but remained around the $1.35 mark. This payout was the same for any book, regardless of the actual listed price or the length of the book.

This lead to complaints from novelist that it was unfair to pay an equal amount to a 100,000-word novel as to a 5000-word short. Eventually, this led many authors to start splitting their novels into parts in order to get paid for each segment, and a rash of smaller and smaller books flooded the market.

The Rise of Page Reads

To combat this, “KU 2.0” was born. The idea here was that authors would now be paid on a pages read basis. Thus, an author of a 100,000-word novel would be paid 20x more than an author of a  5000-word story (negating the need for authors to split their books into pieces).  Since the author would only be paid for pages read, the assumption was that this would lead to more quality books, and Amazon is constantly trying to at least look like it cares about ebook quality.

A Question of Quality

In KU 1.0, Amazon’s publisher dashboard provided authors with the total number of times a book was borrowed. Like a sale, this information could be used to figure out how much money was earned. With KU 2.0, however, this number was removed and replaced with pages read. Authors complained about the loss of the borrow number metric, but Amazon refused to bring it back.

But that number is essential to quality, and here’s why.

Let’s say a 200-page book has 2000 page reads reported for it.  There are many scenarios that would result in this, but for the sake of simplification and to illustrate this point in the most obvious way, let’s look at two of the most extreme examples.

Scenario A:  10 people borrowed the book and read it cover to cover.

Reasonable Assumption: Readers loved it, the book is an engaging page turner.

Scenario B: 1000 people borrowed the book and couldn’t get past the first two pages.

Reasonable Assumption: Your book is terrible, boring, and needs to be fixed.

Without knowing your raw borrow numbers, you have no way of telling which of these scenarios is true, yet each one provides different, yet significant, information not only about quality, but about improving sales.

For instance, let’s say your book isn’t selling. What do the scenarios tell us on how to improve that?

Scenario A points to a marketing issue – you likely aren’t getting the word out to people that will love your book, maybe the issue is with your cover, or title, or blurb.

Scenario B suggests lots of people are buying your book but they hate it. You need to fix the quality issue, write a better opener, etc.

This vital information can only be determined if an author has access to their raw borrow numbers, so why has Amazon taken it away?

Whether intentional or not, Amazon has not always provided accurate information about the page read program to its authors. When first announced, only a couple of weeks before it was actually implemented, an email went out to authors explaining the how the new page reads system would work. In that email, a simple example was provided to explain the math behind expected payouts. However, the per page rate example used was $0.10 per page.  That meant, for a 200-page book, an author would get a whopping $20!

It sounded too good to be true, and many realistic authors expected the payout to be far lower, perhaps by as much as a few cents. As with KU 1.0, page reads would pay out from a pre-determined fund of money set by Amazon (based, presumably, on KU subscription revenue minus profit and expenses), with the final rate equal to the fund divided by total page reads for the month.

However because this actual, fluctuating rate is only provided to authors in the month FOLLOWING a book being borrowed, the decision to join the program had to be based solely on the example email sent by Amazon.

The reality was harsher than even the most conservative of authors expected. The first month rate came in at just over half a penny per page, and has fallen almost every month since. August 2016’s rate was $0.00457.  That means a 200-page book actually only got about $0.91, and even that was only if it was read from cover to cover.

While the number of pages read in a month can’t be predicted ahead of time perfectly, it is reasonable to assume that Amazon had a very good idea of how many page reads to expect, given they had data for previous months. So why give such an unrealistic number in their example, and why do they STILL USE THAT EXAMPLE?

Another point of contention is in how pages read are counted. Originally, Amazon stated that their system tracked the pages read, and only paid for those. However, this was soon discovered to be false. In reality, the system simply looked at the furthest page opened and determined all pages prior to that had been read. And thus, new scams to game the system were born with legitimate authors paying the price.

So Why Do Author’s Use KU?

With all of these issues, why use it at all?

Many authors don’t, however the majority of those are backed by big publishing houses with the resources to advertise and push books through online and retail stores. Independent writers often lack those war chests, and must bend to the will of market forces. The best, and cheapest, way to gain visibility for an independent writer is often through Amazon’s own top 100 charts. However, to move high enough in those charts, you need to move a lot of books. For ranking purposes, a borrow and a sale are equal.

However, since KU books are free to subscribers, they’re more likely to take a chance on something new. In many cases, this means borrows can vastly outweigh sales – even when the sticker price is only $0.99 (a number that is quickly becoming the norm on Amazon, even though a sale at that price only nets the author $0.35). Authors that forgo KU have to sell vastly more copies of their books, and likely won’t get many sales from anyone with a KU membership. Fewer sales (and no borrows) leads to less visibility in the charts, which leads to fewer continuing sales.

The fact is Amazon moves far more ebooks than all other retailers, so a hit book on Amazon can earn far more for most independent authors than they would get by listing the book at other online retailers.

Can Amazon’s Page Reads Even Be Trusted?

But even for authors that have decided that the program is for them, there is a growing concern that they are not being paid what they’ve earned.

Even if you were to ignore past claims of Amazon’s secret algorithms working unethically, the reality is that mistakes happen.

Just a few months ago, a mysterious and still unexplained “multi-month adjustment” was paid out to authors, with many speculating it was due to suspected under-reporting of page reads from previous months.

Many authors are concerned that this under-reporting is now happening again.

Authors large and small have been talking about a serious and unexplained drop in page reads for books published since the beginning of September. Although they can provide plenty of compelling data based on past performance of similar books by looking at sale numbers compared to page reads, without access to raw borrow numbers, it’s very hard to prove.

Unfortunately, repeated requests for help from support have only met with boilerplate denials. Even authors with enough clout to escalate the issue up past the general support are facing similar (albeit more personal) stonewalling. Authors simply no longer have access to the data needed to make their case, and Amazon continues to refuse to provide it. Nor does it offer any data to back up its claim that everything is working fine.

Should Amazon Submit To An Independent Audit?

It’s fairly common, in the publishing world, for authors to be given the right to audit the books and records of their publisher. This ensures that everyone is being treated fairly, and that authors are paid what they deserve.

Amazon offers no such audit to its authors – perhaps because, despite offering the platform with which to publish books, it considers itself more of a bookseller than a publisher. But in many ways, it is acting as a publisher, especially to all of the independent authors that rely on its services as their primary source of income.

Yet with Amazon’s history of providing inaccurate information, whether intentional or not, perhaps asking authors to simply blindly trust its reports is no longer enough?

Each author makes the decision to participate in KU on their own, however this decision is based on promises from Amazon about how the system works. Amazon is responsible for ensuring that the system continues to work as intended, and properly testing its frequent back-end changes and updates. But no testing is infallible, so when so many of its users report that the system seems broken, it should be more willing to take those comments seriously and investigate. Amazon needs to be more upfront with what it finds and when it will be fixed, instead of leaving everyone in the dark to hope that maybe a check will be slipped under the door sometime in the future when no one is looking.

If not, maybe it’s time to let an independent auditor take a look – even if it’s just to put the thousands of writers–and families that depend on them–at ease? 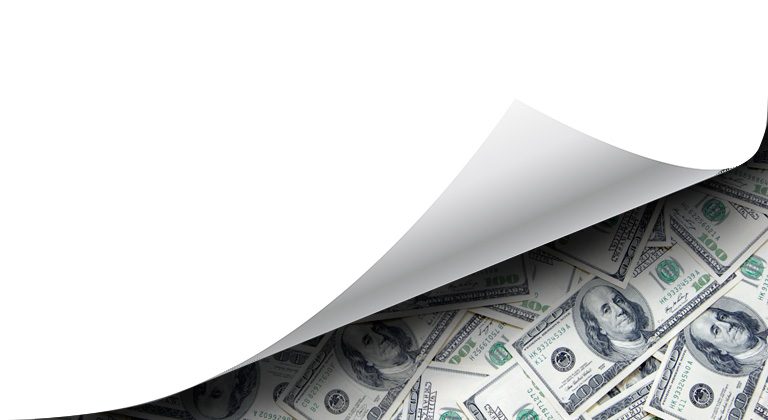