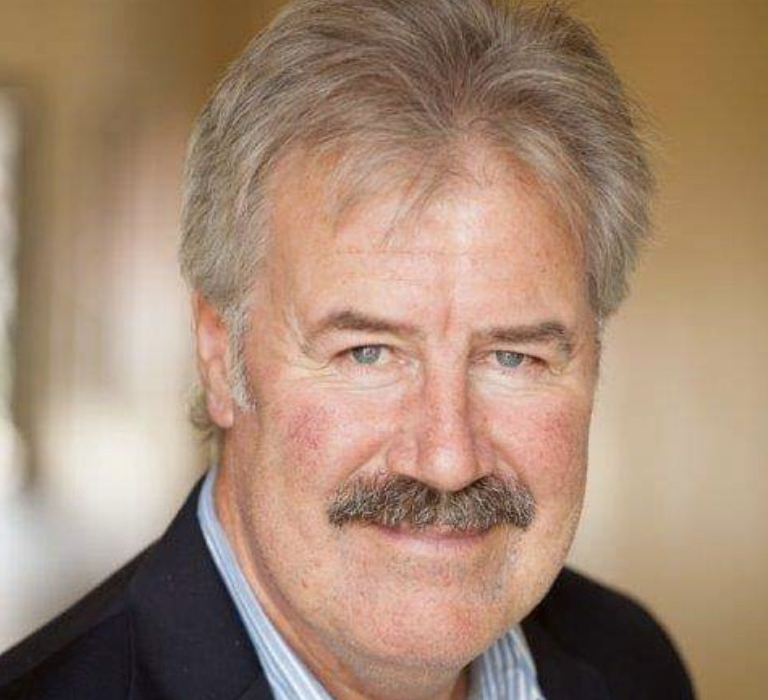 Today’s Author Spotlight Interview is with fantasy author J.W. Webb. J.W is an epic storyteller and his next release The Giants’ Dance is due out on December 17th. We are ecstatic to have had the opportunity to chat with him about his books, inspiration and life outside of writing.

JW: I’m a storyteller who learned to write. That took time – I drove big rigs for years.  But as the decades rolled by the stories echoed louder in my head. I love the fantasy genre. The joyous release magical tales award the reader, helping them escape the norm – especially in a year like this one. New realms, magic, heroism – how anything can happen. As a child I was found loitering by the lamppost in CS Lewis’s Narnia, or else hanging out with my best pal Strider in Bree – part of the reason why I’ve spent so many hours lurking in dark pubs ☺.

That passion for magical stories was arc-welded to a merciless imagination, forcing me to scribble misadventures badly with a biro. That drunken spider-crawl of words took form (over time) becoming the Legends of Ansu Series – 11 books so far. Around AD 2000 I wrote The Shattered Crown, the first Ansu book. Since then I’ve gone backwards and forwards in time. You can do that in this genre.

My love of 70’s epic fantasy fused with newer grittier works, like GRRR Martin’s A Song of Ice and Fire, and Joe Abercrombie’s The Blade Itself. My goal with Ansu has always been to fuse the myth and grandeur of Tolkien with robust argumentative characters, set in a brutally-real (fantasy) realm. My dudes are 3 dimensional, often foul-mouthed and don’t usually like each other.

HG: That’s so fascinating! Where does the inspiration come from?

JW: Heck, that’s hard to say. My head’s an exploding wardrobe – the clothes are the stories flying off the hangers. I scoop them up, try to iron them neatly. As I write, unexpected things occur. Tis strange … plots divert, protagonists vanish and return grinning inanely in another book. The truth is that my characters take control and treat the writer very badly – until I kill them off. It’s a power thing … ☺

Aside from reading, music was an early influence, classical mostly. I used to daydream fight scenes while my folks played Scheherazade on the antique record player – we didn’t have a telly back then. Art was an influence too, as a youth I had Rodney Matthew’s fab calendars on my walls – posters of Michael Moorcock’s Eternal Champion fighting dark elves riding giant wasps. Heady stuff. Twas the 70s. My dad couldn’t stand them. Rodney is a brilliant artist. I was fortunate to know another wonderful fantasy artist when I lived in Cornwall. The late Roger Garland created sketches, images and maps for Ansu. Roger is best remembered for his JRR Tolkien book covers and posters. Great bloke.

HG: Incredible. I love the wardrobe analogy. Tell us a little bit about your writing process. Has it changed since the pandemic? Where and when do you write?

JW: No, I’m spoilt. I have a sumptuous office, complete with swords and cat – a long way from the caravan where I penned the series prequel – Gol – when my late wife was very ill and we were renting out our house and living in a field. These days my routine is usually: see to pets’ needs (we have 5), a few chores or errands, cup of tea (has to be British), get some words down. After lunch some more words, walk the dogs, prepare dinner for (code name) Mindy and myself, have a cold beer or odd glass of wine or four, listen to bad 70’s music on FB, or watch the latest mini-series.

I don’t dissect the stories much, or analyze the plotting with ninja precision like some writers. I find it easier not to overthink. Better to get the first draft down – like the broad wash on a watercolor, or foundations for a building. With the second draft comes the magic, the story takes shape. Third draft introduces punctuation. ☺ After that it’s over to the eagle-eyed editing and proofing squad. Then promo, post and launch. Away we go! Rinse and repeat. My goal is two books a year, slower than some, quicker than others. I don’t stress over word count – I’m a storyteller not a mathematician.

HG: Sounds like a routine that works. By the way, your book covers are fantastic! How much are you involved in the creative direction of those?

JW: I know! The artist’s called Ravven and I’m lucky to have found her. She’s terrific. I’m very involved, come up with the design and setting, the mood, and characters. The vibe is crucial. Then it’s over to Ravv to work some magic.

HG: Magic indeed! Your next book, The Giants’ Dance, Book 2 in the Berserker Trilogy, is due out on December 17th. What can you tell us about that story? What type of readers would enjoy it?

JW: The Giants’ Dance is the second book in my latest trilogy, set 1000 years after the other stories. It follows right after Blood Feud (FYI, that’s on offer when ‘Dance is released December 17th.) Blood Feud concludes with a cliffhanger, hence this one picks up with everybody knee deep in the proverbial. The result is a fast-paced energetic eclectic mix of pseudo-Norse meets pseudo-Oriental. It’s dialogue driven Sword & Sorcery, set around four maverick protagonists. The key figure is the Northman called Jaran Saerk – a feared berserker seeking vengeance against the Ice Witch who killed his kin and stole his island. Yes, his entire ……. island – Sheega is that nasty. Readers who enjoy complex epic fantasy tales fused with passion, earthy dialogue, brutal fight scenes, and wry humor, will love this latest Ansu tale.

HG: Wow! How do you come up with your character names?

JW: My best-known character is Corin an Fol who features in 6 of the novels. His name and many others are a mixture of invention and Celtic Myth – one of my interests. Other names like Savarna, Valgarn, and Gujun are drawn loosely from various cultures. I have a grubby little character called Gribble (a winged goblin) who was named after my dad’s mirror dinghy. I don’t name characters after my cats – their egos are large enough already.

HG: Cats and their egos. LOL. What do you like to do when not writing?

JW: We have some land here in Georgia, I like landscape gardening and have built sheds, gazebos and chicken houses etc. I enjoy watching things grow. I’m somewhat arty farty, prone to rolling boulders around, building stone walls and planting wild grasses, which frequently results in a trip to the chiropractor. I used to practice Kungfu and medieval archery, it’s mostly creaking yoga these days.

Aside from that, we love to travel (Excluding 2020!) I try to get back to Cornwall, and the UK most years, and we usually take a few trips this side of the Pond. I love the States, coming from England the sheer size of America has always fascinated me. I hitch-hiked from Ketchikan Alaska to Key West FLA, via Ventura, LA, and North Carolina back in 1986. Got that out of my system and now enjoy room service. ☺

HG: You’ve done it all! Thanks so much for taking the time to allow us to get to know you deeper! For readers that want to find out more about your stories and future projects, where should they go to connect or learn more?

JW: I send out a monthly newsletter (the VIP Lounge) that has all the book info, plus links to giveaways and interesting articles on Celtic Myth and British Dark Age History, among other things. Anyone signing up gets a free copy of my novella: The Crimson Lady. A Corin an Fol story for VIP Lounge Members Only.

Readers can follow JW Webb on Amazon, Goodreads and BookBub. There’s also the author website, FB Page and Twitter. I always like to respond to my readers’ questions and comments promptly, as they are the rock stars who feed my furry friends. Seriously, storytelling is a gift. I am blessed, and it’s great to share the love. If reading my books has made a reader smile, or whisk her away to somewhere special – that’s all that I can ask for. Here’s to 2021! Stay Strong!

If you want to read more from authors like J.W. Webb, for FREE, just sign up for the Hidden Gems ARC program. Each morning we send out offers for books from any of the over 15 genres you’ve chosen to hear about and selected readers will be sent those eBooks to read and review on Amazon. 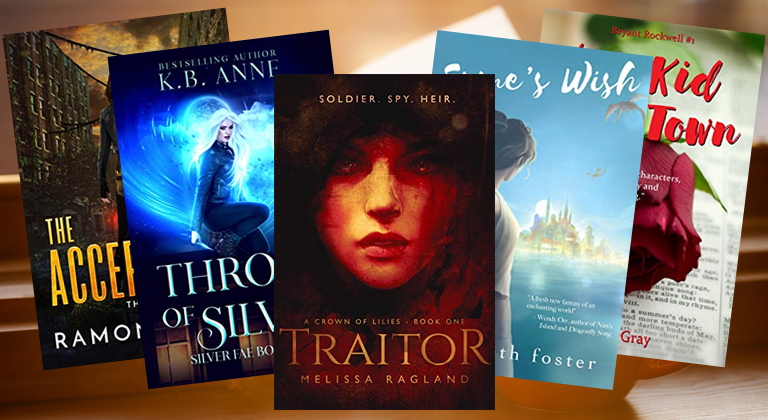 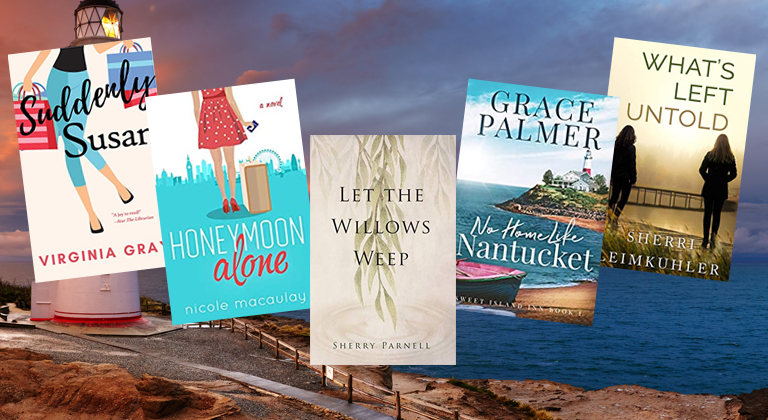