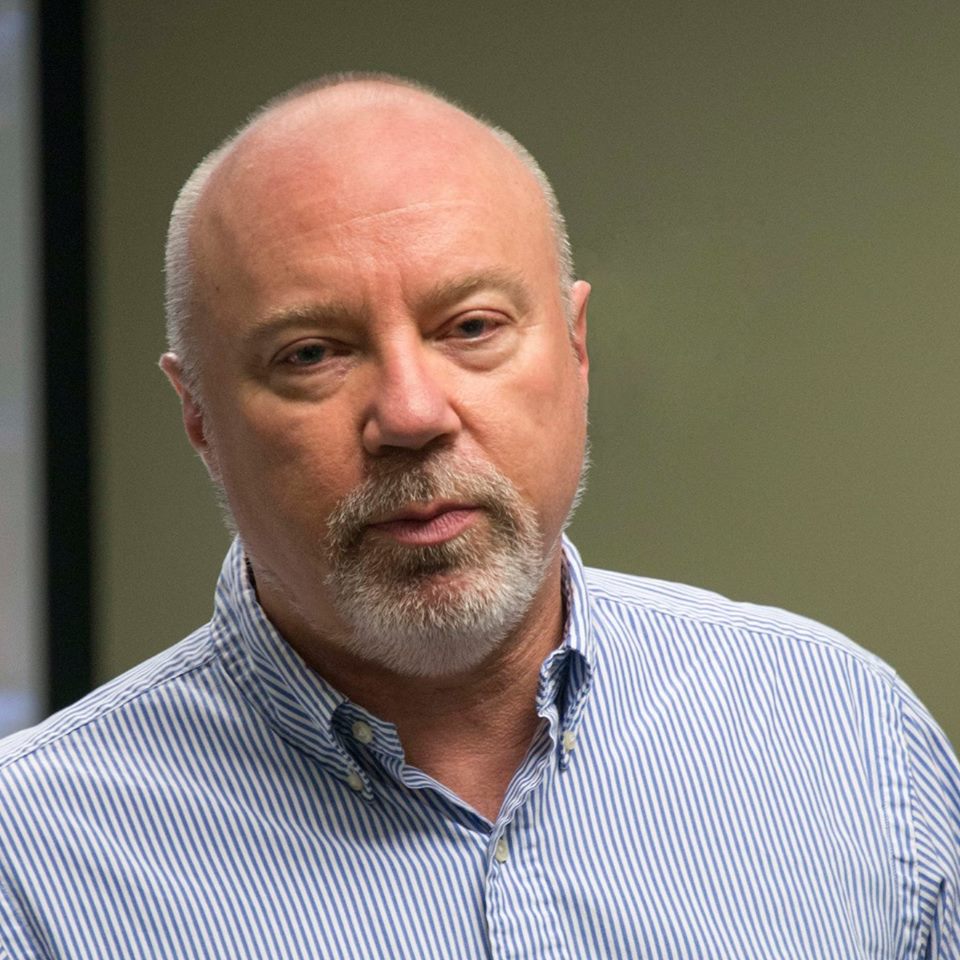 Today’s author interview is with Scott Bell, the brains and talent behind a number of thrilling adventure stories like the Abel Yaeger series. Scott’s background as a fraud examiner set him up perfectly to understand the devious mindset of the adversaries in his fast-paced novels, and his writing has been compared to authors like Lee Child and earned him a spot as a finalist in the 2017 American Book Fest (Science Fiction category). We were thrilled to be able to chat to Scott to learn more about what inspires his writing, and how he goes about putting words to paper.

HG: So, for the blog readers who might not be familiar with you – who is Scott Bell? How would you describe yourself?

SB: I came late to writing, after putting it on hiatus while my wife and I raised our kids. After they grew up, I really wasn’t thinking about picking it up again, but I kept not finding the type of story I wanted to read, and finding stories that I thought were poorly done. Like with a lot of things in my life, I thought, “Hey, I can do that myself” – and, like a lot of things (plumbing, car repair, etc), once I started, I found out how hard it was to really do it right!

I’ve been writing seriously since 2011, and I’m still learning. I put a lot of effort into the craft of writing, which I hope shows itself in the final output. Personally, I have a 20+ year career in security, investigations, and fraud prevention, and a second career in sales. I have a wife of 28 years, and two kids, both of whom are smarter and better looking than I am. We are owned by a cat. What else can I say, lol?

HG: Tell me about your early writing. What inspired you to write in the first place?

SB: Well, I’m a reader first. I’ve been a consumer of mass quantities of genre fiction for 44 years. I love stories of action, intrigue, suspense, and grit. The works of Elmore Leonard, Robert Parker, Don Westlake, Stephen Hunter and others acted as a catalyst for my imagination. Honestly, I started writing to entertain myself. That, and I think I needed the cathartic purge of pent-up frustration that writing provides.

SB: I started writing seriously in 2011. I sought a lot of feedback, joined both a real-life critics group and an online writer’s group for critiques. I wrote A LOT before I made it to publication. My first was a short story called Mitchellsville, in a non-paying online magazine. My first novel (Yeager’s Law) was published through Red Adept, a small press based in North Carolina. I had an agent for a time, but we never made a sale to the Big 5, so I took it to small press.

HG: I was just discussing how Yeager’s Law was very polished – 117 reviews out of the gate, great cover. I personally think the Big Five are dying and indies like Red Adept are the future, so I wouldn’t sweat not being published by the larger publishers. I’m more interested in the book. So, where did you come up with the idea for Abel Yeager?

SB: Abel Yeager (the character) came from memories of my grandfather, coupled with my vision of an everyman character. My paternal grandfather was a big, hearty man who grew up without much education, but was a mechanical genius. A farmer and a well-driller. All blue collar. And rumored to have the hardest fists in the county. Based on those parameters, I wanted Yeager to be a guy who could handle himself, grew up poor, but had an internal code of honor.

The novel, Yeager’s Law, actually began life as a Western in 1995. My first novel, typed on a dinosaur PC with a green monitor and printed on dot-matrix printer. It sucked. As I mentioned, I put writing aside then for 20+ years to raise kids and focus on my career. I know now that was a mistake. I should have stuck with it. I lost a lot of time because I never sought out the kind of feedback I needed to improve.

HG: He sounds like a great character! I love the last name, too. My son and I got the biggest thrill when the real Chuck Yeager tweeted to us, so the name resonates.

HG: You’re now on book 3 of the Yeager series and into the Sam Cable series. What inspired those?

SB: Sam Cable? Who doesn’t want to write about a Texas Ranger? Seriously though, the What If moment for Sam came as I thought about the odd couple cop buddy trope and how to add a twist. I created Sam as a lantern-jawed Boy Scout with a bull-headed determination and a Randolph Scott/Jimmie Stewart morality. Then I paired him with a tiny, female Jewish FBI agent from New York. Foul-mouthed, brilliant, and with a tough shell covering her vulnerable interior. Then I had some fun. That series is rolling along with three in the can, two published, and one more on the drawing board. Hopefully I can run it up to twelve published novels before I run out of steam. Book 4 of Yeager is started. It’s sitting over there – eyeballing me and tapping its foot.

HG: How long does it take you to write a novel these days?

SB: Since it’s a part-time gig, I have to work on writing in fits and starts. Current WIP, a modern day ghost story, is four months old and it’s nearly complete. Target count is 80k. First draft. Then I’ll hang it in the closet to dry, work on something else, then come back and rewrite to fix all the gibberish I typed the first time. Still needs editing, proofing, etc.

HG: How many times do you revise a draft?

SB: How many drafts? Depends upon how bad I’ve garbled it up! LOL. I tend to revise a little as I go, then leave the manuscript on a virtual shelf for a period of time so I can back to it with fresh eyes. Since I have to learn how to outline, I have to go back frequently and sync up the ending with the beginning–as soon as I find what that ending will be. In my earlier efforts, I had no clue how to build a plot, so I rewrote a lot. I think I drafted and redrafted sections of Yeager’s Law–big reworks, not little tweaks–about…20 times? Maybe more.

HG: I remember having the worst case of writer’s block and realizing it was my brain warning me of a huge plot hole, and I had to go back and rewrite 20% of my manuscript. It can be HARD. So, you wrote Yeager’s Law on an old school 1995 computer, lol… How do you go about writing now? Do you have an office? Are you one of those guys sitting typing in Starbucks? What’s your writing space?

SB: I’m not fussy. Home office, living room easy chair, hotels, airplanes, Starbucks. (Although if I write in Starbucks, I feel as though I should put on a hipster hat and let my beard grow out.)

HG: Do you ever have any trouble getting in the writing mood? I know I listen to music to get me tuned in, and I always write first thing in the morning to ‘train’ my brain to be ready.

SB: I do, yes. Especially when real life becomes so persistently annoying that I have to divert a lot of energy to making a living. Or, as you mentioned above, the plot is giving me fits and I don’t want to deal with it any more.

HG: Speaking of, what I really like about your books are how you’ve found your own unique voice and squeezed it onto the marketplace.

SB: That’s pretty much what I’m trying to do. Readers seem to like my books, as reviews are generally positive. Even on Goodreads! I wonder sometimes if the field has gotten too crowded for the non-marketers (weird term, but I’ll use if for now) to stand out on quality alone.

HG: Speaking of which – what marketing do you do?

SB: My publisher, Red Adept, has been very good at experimenting with various marketing plans. BookBub has been our most successful venue so far.

HG: What’s the best advice you’ve ever received about writing?

SB: It was “keep writing, no matter what” followed closely by “write what you like instead of what you think people want”.

HG: I get it – don’t write to market, but FIND your market. What advice would YOU have for wannabe writers?

SB: Treat your writing — after the creative process is done — like a business and don’t take it personally when people don’t like your stuff.

HG: Great advice! Finally, have I asked you who your favorite and most inspirational authors and books are?

SB: There are so many. Early in my reading life it was Robert E Howard. Mid-years it was Robert A. Heinlein and Elmore Leonard. Lately it has been Stephen Hunter and Robert Crais. And I marvel at how Dean Koontz can build a sentence, orchestrate a paragraph, and turn a novel into a symphony. A very short list of some of my faves… Time Enough for Love, Stick by Leonard, Point of Impact by Hunter, Watchers by Koontz. I’m leaving out Crais because all his stuff just melds together into one awesome experience.

HG: Finally, where can people go if they want to find out more about your books?

If you like the look of Scott’s books, be sure to check them out on Amazon. Also remember that you’ll receive books like these, including those of Scott Bell, when you sign up to Hidden Gems – plus titles from 15 other genres, delivered FREE to your inbox every day! 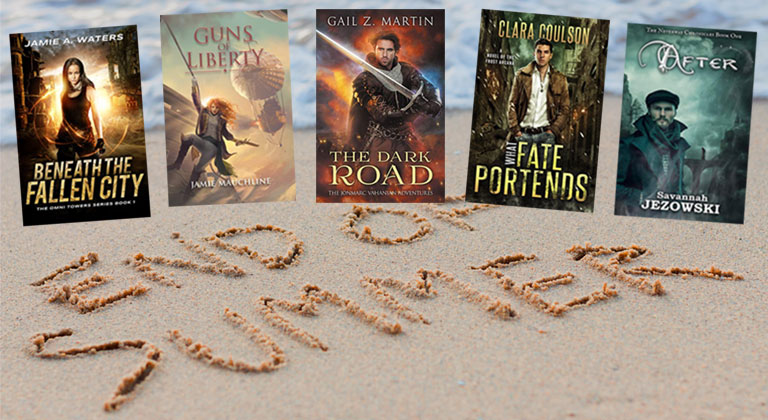 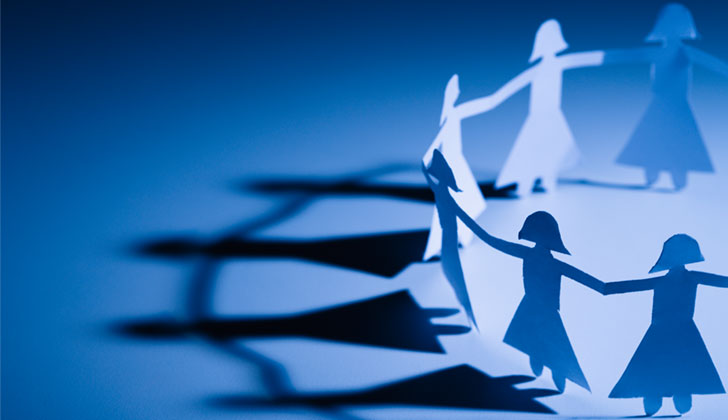