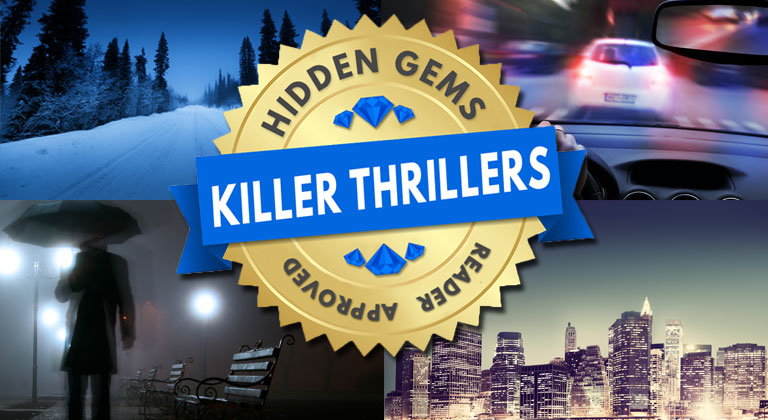 Every day, our readers are sent hundreds of complimentary copies over a variety of titles.  Spanning more than 15 different genres, our subscribers rarely go long without a free book to read, and are well known for the honest reviews they often choose to leave.  As part of a new, regular feature, we’ll be highlighting a handful of the true Hidden Gems of a given genre that our subscribers have recently discovered. Keep checking back for new lists featuring some of the best books that we’ve sent out, or join our list of readers and help discover future gems yourself!

July 2018 was a whirlwind month for fans of thrillers – with some great books offered up to readers of our ARC program. But that doesn’t mean you’ve missed out on reading some of the best thrillers! These books are all still for sale, so take advantage of the fact that our readers have already identified the most exciting and suspenseful books and pick one up today! 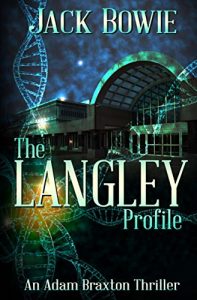 The Langley Profile by Jack Bowie

MIT graduate Jack Bowie drew from his long and storied history in technology and cyber security when he created the character of Adam Braxton – an espionage hero for the modern age, who realizes that technological hazards can these days be just as dangerous as physical ones. In July, Hidden Gems featured the third in his series of high-stakes thrillers, The Langley Profile, which sees our hero travel to Europe to trace the origins of a menacing army of assassins – all of whom are children.

Reviewers praised the characterization and depth of this book, with reviewer James C. Seaton observing that the book’s strength comes from “an imaginative plot and solid scientific research.” Reviewer John Carter also praised: “Jack’s detailed background research into the people, places and institutions in the book…  it makes you feel like you’re right there in the action.”

If you haven’t have a chance to read Bowie’s books yet, The Langley Profile might be a great place to start since each book is its own stand-alone novel. 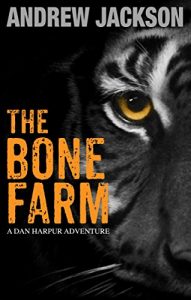 The Bone Farm by Andrew Jackson

Not to be confused with the seventh president of the United States, Andrew Jackson is a British crime writer who served for over 25 years in the military and law enforcement, including years in the taut and dangerous environment of pre-peace Northern Ireland.

It’s the beauty of danger which serves as the theme to this novel, which sees former soldier Daniel Harpur on the trail of ruthless Chinese smugglers, intent on dominating the black market demand for the bones of endangered tigers.

Daniel is brought into the mystery seeking those who murdered a close friend; but as he unravels a conspiracy that goes deeper and deeper into this shadowy secret marketplace, he becomes swept up in the mission to protect the tigers themselves. Perhaps he feels an affinity for these noble and iconic creatures – who are, after all, lethal yet endangered, just like him.

Readers praised the way Jackson explores the complex issue of poaching and animal smuggling, with reviewer Meggie writing: “the portion of the book that takes place in India does a wonderful job of showing the tension between the villagers – who look the other way because they need the money to survive – and the poachers themselves, some of whom also desperately need the money, but others of whom are just greedy.” 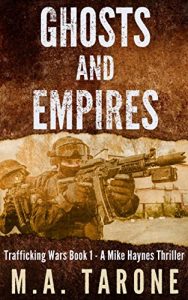 Ghosts and Empires by M.A. Tarone

Georgia-based author M.A. Tarone draws from his own experience in the military and law enforcement in the first novel in his Trafficking Wars series; focusing on the seedy underworld of human trafficking, which still flourishes today as a grisly form of modern human slavery.

Ghosts and Empires focuses on world-weary police officer Mike Haynes, whose career as a US Army Ranger was filled with loss and violence. As he struggles to find a place for himself back in the ‘real world’, he’s thrust into the company of young, ambitious – and beautiful – newbie officer Julie Walsh. Together, this weathered veteran and hope-filled rookie overcome their initial antagonism to develop a relationship of mutual respect and attraction; as they close in on a conspiracy looping together the Russian mafia, Mexican cartels, and corrupt officials from within their own organisation.

Reviewers praised Tarone’s uncompromising approach towards tackling real issues, especially the PTSD that Haynes struggles with. Reviewer Claudette mentions: “PTSD is a real fact of life for anyone who chewed sand in the Middle East,” and calls this “one hell of a good read” for which “five stars ain’t enough.” 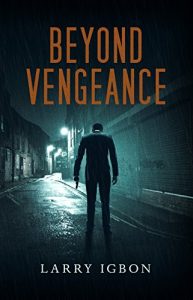 Beyond Vengeance by Larry Igbon

British author Larry Igbon got into writing when crafting bedtime stories for his four-year-old, and that has since led to a career penning taut crime thrillers set in the darkest corners of Britain’s gloomy warehouse city of Manchester.

In Beyond Vengeance, a tough and smart female detective finds herself on the trail of a mysterious man in a black suit; who leaves behind him a trail of bodies as he pursues what appears to be a deadly vendetta against the leaders of the city’s criminal underworld.

Reviewer Tricia Schiro feels that the book is in “the vein of James Patterson and Patricia Cromwell” which is high praise indeed, and reviewer Nora Houston promises the book will “pull you in with it’s suspenseful prose, and the climatic reveal”. 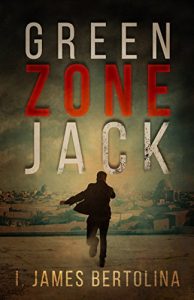 If you’ve ever studied the murky world of military contracting, you’ll know the reality is probably far more sinister than anything fiction can dream up. That’s why it serves as such a rich backdrop for I. James Bertolina’s debut novel – which sees a young Diplomatic Service agent thrust into conspiracy in post-occupation Baghdad.

The setting for Bertolina’s novel is vividly believable, as are the twists and turns of our hero’s journey. Bertolina demonstrates a taut writing style, which is minimalist yet visceral, in the same vein as Hemingway.

Reviewer Cassandra loved how the book was filled with “so many unsuspected twists, so much corruption and conspiracy” while Raymond Weiland warned there were “moments that just reach out and slap you in the face” and praised how “this was a great read that I sat down and finished in one sitting.” 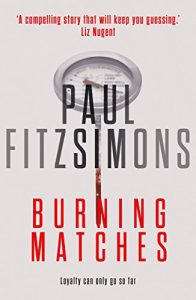 Scriptwriter Paul FitzSimons, who penned last year’s critically-acclaimed movie The Gift, is the talent behind this taut thriller, which sees an embittered detective forced to confront his past when his former partner Mia calls him in the middle of the night revealing that she’s just killed her abusive boyfriend.

But as Detective Kieran Temple investigates further, Mia’s story seems to become less and less believable – and in an era of #metoo, in which abusers of all kinds are being exposed – it’s disquieting to consider whether all such accusations are true; or if the very smear of them can be used to distract from a more sinister truth.

Reviewer Carol described the book by writing: “Several times I had it all figured out, but the writer just wouldn’t let up on the twists and turns until I was back to knowing I had no idea who did what.” Reviewer Tricia mirrored those sentiments, writing: “This book had me guessing the whole way through as to who was tricking who and who exactly was the villain in what should have been an open and shut case. I loved this book.” 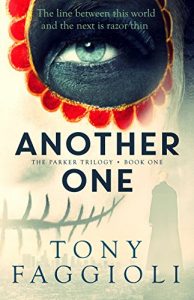 Another One: A Supernatural Crime Thriller by Tony Faggioli

Three men. One neighborhood. That’s the setting for this taut and visceral crime thriller set in the mean streets of east Los Angeles. But as if facing down domestic abuse, gang violence and murder wasn’t enough, there’s an even darker event lurking beneath the baking California sun – one that threatens to engulf everybody.

Author Tony Faggioli has written six critically-acclaimed novels and each has been praised for the eerie supernatural and sinister elements he manages to weave into the narrative. Another One is arguably his strongest yet; reviewer L. Lueders writing: “Faggioli does an astonishing job bringing both criminals and cops to life as three-dimensional, sympathetic characters” and warns that this book contains “page-turning suspense, riveting characters, demanding moral dilemmas, spiritual perspectives and terrifying demons.”

Reader of the Pack goes even further, claiming the book “so profoundly illustrates the never ending battle of good and evil, I’m almost without the words to explain it. If you are not moved by this book, you may want to check your pulse. Tony Faggioli has the ability to see beyond the daily mundane moments of this life to a plane where evil is conquered by a desire to make the world safe.” 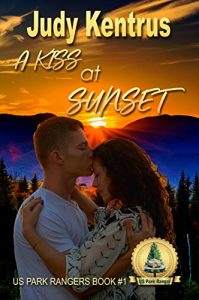 A Kiss at Sunset by Judy Kentrus

Romance and suspense collide in Judy Kentrus’ new book. This prolific author celebrates the beauty of her Pennsylvania homeland by weaving the tale of a feisty and passionate park ranger, Cameron, as she is thrown back into the path of her first love; a man now very different from the innocent boy she’d loved two decades earlier. Against the backdrop of towering forests and stunning mountains, Treig and Cameron have to tackle their own dark pasts to see whether they have a future together; if very real dangers don’t rob them of that chance.

Judy Kentrus is a very prolific author, and a highly adept storyteller, but I think what sets this book apart is the passion she shows for the work of the Forestry Department, and her fantastic heroine Cameron, who is tough, smart and the equal of any man. She’s certainly no damsel in distress.

Reviewer Vettech shares my appreciation: “I’m always chomping at the bit for the next Judy Kentrus book to come out. I love the idea of this new series, surrounding Park Rangers. This story gave me an eye opening admiration and respect for U.S. Park Rangers, especially female rangers. It’s a shame women are still always having to prove themselves worthy of their occupation. I’m very impressed that the author did such extensive research about park rangers – what weapons they carry and why, what their job entails, and even the differences between Park Rangers and Forest Rangers.” 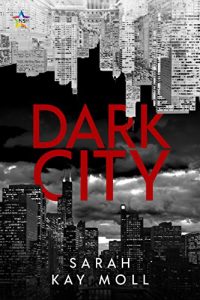 We go from the far forest to the urban jungle when we move onto the final book in this list – Dark City, by Sarah Kay Moll. Again, this is a suspense thriller with strong romantic elements; although this time there’s an added twist because the protagonist of this tale – Jude, the tortured son of the local crime boss – splits between two personalities. The ‘real’ personality is attracted to men, and the fractured personality Jude has created to protect himself, Ras, is attracted to women.

There is a lot of romantic intrigue to be explored in this book, plus violence and suspense that will keep you on the edge of your seat as you turn the pages. It’s a terrific, fast-paced read and the characterization truly drives the story along.

“I was hooked in the first few pages, and simply could not put it down,” writes reviewer Meggie. “I was floored by this book – I didn’t read it, I devoured it in big, greedy gulps, and stayed up WAY too late in order to finish it.” When EQUUS reviewed is, they included a quote from the book: “You can’t repair a rose. This quote pretty much sums up everything. The beauty, the sadness, the emotion, the harsh reality of this brilliantly written novel. It kept my undivided attention from the first to the last page.”

Looking for more great thriller and suspense novels? You’ll be offered as many as you can read as part of the Hidden Gems Books reader review program. Sign up now and get books just like these to read and review for free. 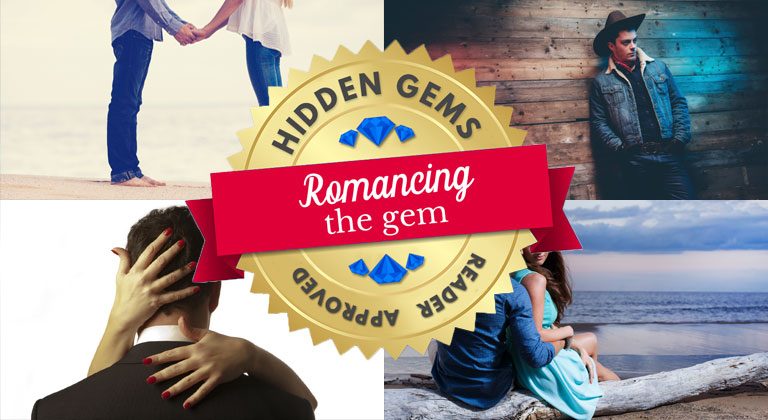