So now that you’ve decided that Bookbub advertising is for you, and you have your creative figured out, the final step in the puzzle is targeting the right audience. Bookbub works a bit differently than some of the other ad platforms, which means you may need to alter your current strategy. In this final installment of our Bookbub ad series, Ginger outlines his steps for successfully figuring out who should see your ads.

In our last blog post, we wrote about coming up with creative that could be effective on BookBub. Of similar importance is the audience you show this creative to – and that’s where BookBub appears ‘deceptively’ simple in its targeting.

One of the incredible things about BookBub is that it allows authors to target their advertising to an incredibly granular level – by selecting specific authors who are included on their platform and targeting the readers who follow them. This is something that Facebook is only able to mimic in a limited capacity, with big name authors like Clive Cussler and Lee Child, but on BookBub you can drill right down to the most obscure authors who only have a handful of people following them.

When authors get started with BookBub advertising, they often think this makes targeting readers incredibly easy – just pick however many dozens of authors you think make good comparisons to your own books and have at it!

But this is where things fall flat – because in addition to incredibly granular targeting, BookBub also has incredibly finicky readers and a bit of a bludgeon when it comes to showing your ad to them.

When I first started advertising, for example, I took about 30 author names from my list of Also Boughts and crammed them all into what I imagined was going to be a ‘super list’ and clicked ‘publish’ – and the results were deeply disappointing. That’s because BookBub would offer thousands of impressions to the readers of some of the authors on my list and completely ignore the others. As a result, my effective Cost-per-Click (CPC) ended up ranging from $0.49 to $11.10!

In fact, the apparent simplicity of Bookbub obscures the fact that you’re not dealing with indiscriminate book buyers, and the readers of each individual author can either make or break your entire campaign.

So, what’s the solution?

Successful advertising on BookBub requires testing. I mentioned that briefly in the previous section on creative, but when it comes to identifying the right audience for your ad, testing becomes even more important.

It is because you can get super granular with the authors you target using BookBub’s advertising dashboard, that the key to success is to pick only the authors whose readers respond to your ads – and then build a ‘super audience’ including only them.

To do this requires an investment of both time and money, but the dividends can more than make up for that. Most authors fail to develop a well targeted advertising campaign on Bookbub because of how time consuming and laborious it is, which means that those that do will have a significant advantage.

But to pinpoint the authors that will work most effectively for your book’s campaign means you’re going to have to act very counterintuitively – by focusing on showing your ads to as many people as possible, instead of trying to score as many clicks as you can.

This is a fairly self-explanatory process. Because I’m an established author, I normally go to the Also Bought section of my books and look at the list of authors who appear there. Amazon kindly joins the dots so I know that the readers of these books also bought my own, which makes them a very attractive targeting opportunity.

If you don’t have enough Also Boughts to do this, you can just eyeball it. Think about the type of book you’ve written and find other authors who produce books that might share similar readers. Then raid their Also Bought sections – paying attention to the covers of the books, which should look vaguely comparable to your own.

In any event, you want to wind up with a list of 20 or 30 authors whose readers might enjoy your books as well.

Once you’ve assembled a list of comparative authors, it’s time to start making ads. This is where the counter intuitive part of the process comes in.

Instead of gathering all the author names together and creating one, big audience, we’re suggesting you run individual ads for each specific author – to ‘test’ how well their readers respond to it.

Now, this means you’re going to have to chase a different goal than usual. Normally, advertisers would target Cost-Per-Clicks as their metric for success. Instead, you should target CPM or Cost-per-Thousand impressions.

Set each individual ad to spend your budget chasing impressions, not clicks – because since you’re targeting individual authors, you might be waiting a long time for those clicks.

You only need to spend a small amount on each of those ads, say $5 (or more, depending on your overall advertising budget). It might take days, or it could happen in just hours, but eventually each of the individual ads will spend their budget and provide you with some delicious data from which to extrapolate a strategy.

Yes – I know this sounds daunting. It’s also not cheap, when you’re running 20 or 30 adverts with a $5 budget, knowing you likely won’t get much of a return on that investment. However, this is the essential step if you want to find success, since not all authors are equal when it comes to their readers’ taste for your books.

At the end of this process, you should have an empty wallet and a full dashboard. BookBub will show you all of the ads you ran and provide you with some essential data.

In the Aggregate Stats of the BookBub dashboard, you should see the metrics for each author you ran an ad for. These are:

Effective CPC – if any of your test ads resulted in clicks, this is how much that click cost you. It’s a very simple equation – your budget, divided by the number of clicks – but it tells you a lot about how the readers of this author’s books like your ad.

CTR – this stands for Click-Thru-Rate. Basically, this is the percentage of people who saw your ad and then decided to click on it. This basically shows you how hungry (or not) readers are for your ad.

Impressions – this tells you how many people saw your ad, or at least how many times your ad was seen. This is useful because it shows you how many ‘views’ your budget bought you. Some authors will easily provide 1,000 impressions or more with a $5 budget, while other authors have more expensive impressions. You’ll have to determine if that extra cost is worth it.

So, what does it all mean?

Now that you have all this data for your 20 to 30 authors (or, if you’re strapped for cash, whatever number of authors you can afford to test at that point in time) you’ll be able to compare them and see if any of them make particularly attractive targets for your ads.

The metrics you want to focus on are Effective CPC and CTR. If you targeted an author whose readers seemed to respond to your ad, you should ideally have a low Effective CPC, and this probably means you’ll have a high CTR. If that’s the case, you want to include that author in your ‘super audience’ as you build it.

But you might find a lot of the authors you chose don’t deliver – with those 1,000 impressions resulting in a low number of clicks (making each one of them expensive.) These are authors you want to avoid including.

Now, the ‘secret sauce’ that will make or break your advertising is the number of people who click on your ad and end up actually buying your book. This will be down to how well your product page ‘converts’ and like with Facebook, it’s a metric that Bookbub isn’t able to track. You’ll have to guesstimate that yourself.

For me, I’ve established that I can generally get at least one book sale for every 12 clicks. With a 70% royalty on a $3.99 book, that means that as long as I’m spending $0.25 or less per click, I’ll generally make a profit.

On BookBub, I’m happy to report I generally make a sale in fewer clicks than that – which is good, since sometimes the lowest clicks I can get are around $0.50.

For me, my list of 20 to 30 authors ended up netting a much smaller number whose readers would deliver reasonably-priced clicks – and so when I advertised next, I used those authors to build my audience.

But it wasn’t enough! Not to satisfy me, at least – which is where you’ll have to start digging deeper.

My suggestion is to identify the authors who work for you and going to some of the product pages of their books. From there, search through their Also Boughts to find new authors who you might not have targeted before.

If you chose this author because their books were in your Also Bought section, it means the books in their Also Bought section are only a Kevin Bacon degree-of-separation away from your own. You’ll often find a treasure trove of new authors to test out and add to your growing ‘super audience.’

Is it worth it?

It’s a lot of work to get to this point – but if you have a book that ‘converts’ well into sales, it can be some of the best work you can do.

Correctly targeted BookBub ads can be incredibly effective. I know a number of authors who claim to have a 5x Return on Investment with their BookBub advertising, even when they’re pitching books at a discount.

Even better than that, they’re consistent. With Facebook and Amazon advertising, you’re not often lucky enough to know how effective an advertising campaign is likely to be before you run it. With BookBub ads, you’re running off hard data and it makes the whole process less of a gamble and more of an investment.

However, it’s also an advertising platform that can be very unforgiving. I know when I started out experimenting with BookBub, I discovered a lot of weak spots in my book-buying chain that had to be addressed.

For example, if you’re testing author names and you don’t get any good results – no low-cost clicks or high CTRs – it’s most likely because your creative is bad. (Translation: If your ad sucks, nobody wants to click on it.)

Likewise, if you’re getting a decent number of clicks but not seeing a bump in sales, it’s most likely because your product page isn’t compelling visitors to click ‘buy now.’ You’ll have to tighten that up before BookBub advertising (or any advertising, in fact) will work for you.

But if you can hammer out these kinks, you might find that BookBub revolutionizes your advertising strategy – and hopefully supercharges your book sales. Good luck!

Remember, Hidden Gems offers 1-on-1 consulting for authors looking to improve their advertising. Check out the details here and then let us know if you want some help going through this process. 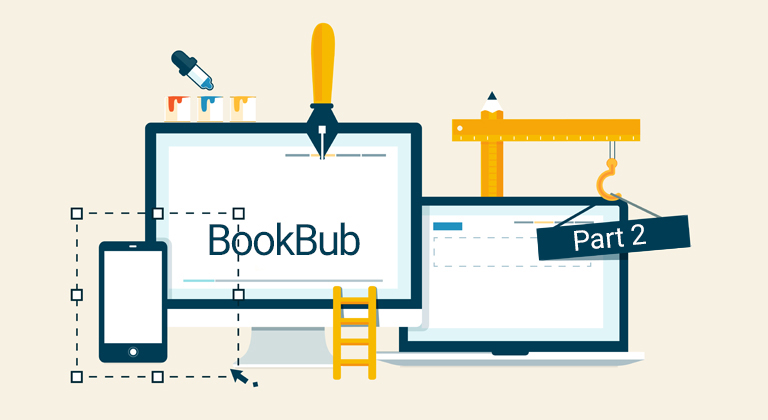 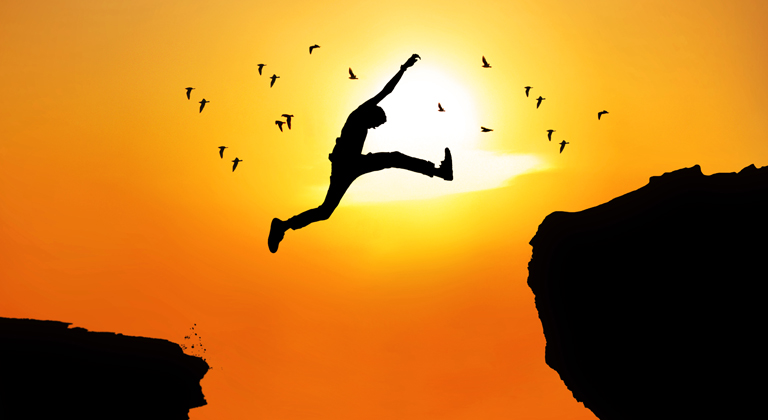 Don’t let fear hold you back!