The Dangers of Mixing Politics and Writing 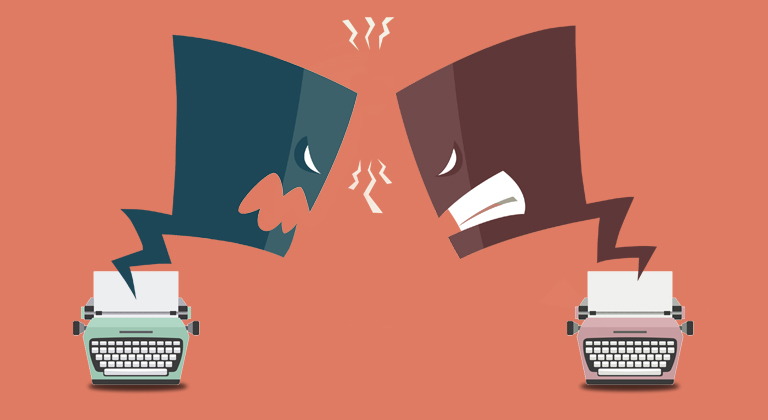 If you were to judge solely by the backlash so often seen erupting in social media these days, whenever an author gets too political in their writings, you might think that voicing those opinions was a new phenomenon. But in fact, writers have always used their work as a soapbox for their political leanings, we’re simply paying more attention to it now, with everyday readers finally having a place to sound off from when they agree or disagree with what they’ve read.

That’s not to say that writers shouldn’t speak their mind or fill their work with messages about how they think the world should work, but it does mean that it should be done with care. There are many examples of big name authors that have alienated their fans and paid the price, but there are also those that have done it in a way that is embraced and appreciated by their readers. So if you’re going to include your views in your own stories, just be sure to think about what you want to say, how you’re going to say it, and who the audience is that you want to hear your message.

Writers are inherently political. We might pretend not to be, but many of us are drawn to write in the first place by the desire to say something about the world and how we’d like to make it better. Authors tend to have a strong understanding of what they believe to be right and wrong, and are courageous enough to unleash that understanding upon the world in the form of fiction.

That’s why many of the most timeless books in modern history have an overt political message – including Nineteen Eighty-Four by George Orwell, The Handmaid’s Tale by Margaret Atwood, and Catch 22 by Joseph Heller.

Many of the most beloved authors of our time have used in-universe metaphors to tackle real-life issues, such as how J.K. Rowling was able to write about racism and race discrimination in the Harry Potter universe by describing the way the pure-blood wizarding community would treat house elves and ‘mudblood’ wizards, and how she recently revealed that the lycanthropy of Defence Against the Dark Arts Remus Lupin was meant to metaphorically represent those with “illnesses that carry a stigma, like HIV and AIDS.”

But speaking of J.K. Rowling, there’s a danger when you get too overt about your own political beliefs. While readers might love your fictional writing, they might not love your real-life political beliefs quite so much. In fact, it can be a very effective way of alienating your fans and torpedoing your writing career – and the creator of Harry Potter is a fine example of exactly that.

For over 20 years, J.K. Rowling built a literary empire hitherto undreamed of. Fans of her Harry Potter series turned her stories into a global media enterprise, adding movie adaptations, video games, and even a theme park to complement the seven international bestsellers. She become the first billionaire author of all time – not bad for somebody who once described her situation as “poor as it is possible to be in modern Britain, without being homeless.”

But in June of 2022, Rowling made the first of a series of comments on Twitter which would soon turn millions of her most passionate fans against her. Today she has become a vocal and high-profile critic of the transgender community – a community which ironically used to include countless Harry Potter fans. For those struggling with their sexual identity, the messages of acceptance, self-belief, friendship, and loyalty from the Harry Potter books spoke deeply to them – which is why they felt especially betrayed when Rowling not only made comments they viewed to be transphobic, but went on to double-down on those comments and become openly antagonistic to the transgender cause.

The uproar about Rowling’s beliefs has undoubtedly hurt not just her own career as an author, but also the careers of all those who’ve worked on the movie adaptations of her books, or who work in the theme parks based on the Harry Potter universe. It’s difficult to even mention her name online without people attacking her for their beliefs. With just a few tweets, J.K. Rowling forever corrupted her legacy, and it’s uncertain if anybody will look at the Harry Potter universe the same way again.

And Rowling is far from the only author or creator to stumble into this problem.

In recent years, author Stephen King has been in the headlines as frequently for his political beliefs as his non-stop new bestsellers (seriously, didn’t he say he’d retired a few years ago?) Last year, beloved children’s author Roald Dahl was posthumously ‘cancelled’ when anti-Semitic comments he’d made in a 1974 interview once more came to light. Lee Child’s Jack Reacher franchise recently took a hit when fans complained about Alan Ritchson, the actor who plays Reacher on Amazon Prime, expressing passionate opinions about gun control and claiming that Elon Musk was “crippling the midterm” elections – beliefs that go against how a lot of traditionally right-leaning Reacher fans feel.

Rightly or wrongly (and, even as a Dahl fan, I’d argue ‘rightly’) there’s a tightrope to be walked when an author or anybody connected to an author’s work expresses their political beliefs to their audience. It’s very easy to turn people off – and even if those people are a minority within your audience, they can be a very vocal minority.

It’s scarily easy to divert all attention away from your books when you delve into politics online, so it’s definitely something you want to think about before you start Tweeting or posting about your beliefs. It’s not that authors aren’t expected to have political beliefs – quite the opposite. It’s just that the beliefs and values shared in fiction are often a lot easier to digest than those spoken openly and loudly in public discourse.

Although the same does go for the political beliefs you write about in your books if you’re not careful. In my MC romance series, I once wrote a one-liner about “Hillary’s emails” and got a half-dozen disgruntled emails from readers within days of hitting ‘publish.’ It’s difficult to tell exactly what your audience believes – and what will upset them!

But while I would definitely recommend being cautious about mixing politics with literature, that’s certainly not to say the two are totally incompatible. In fact, there are some writers who’ve not only combined the two successfully, but also made it part of their ‘brand’ as an author.

The best-selling thriller author Jack Carr is a perfect example. He’s a fantastic writer who connects effortlessly with a legion of fans worldwide – you can read about what makes him such a great author in this post.

However, he’s also made his right-leaning politics part of the brand and identity of his famous main character, former Special Ops operative, James Reece. Conservative talking points such as skepticism of the government, hawkish international relations, and robust attitudes towards masculinity are baked into every page of his best-selling series. However, the more they turn liberal readers away, the more those talking points resonate with his core readership.

I think there’s something to be said for that – as long as you do it openly and authentically. For some readers, one of the reasons a book becomes so meaningful to them is that it describes a world-view which matches their own. Likewise, many readers see themselves in these stories, fighting a metaphorical version of the same issues they have to struggle with every day. Especially in the case of Jack Carr’s audience, merely acknowledging a real-life issue is enough to validate a reader – earning a nod of the head and a silent whisper of: “Yeah, he gets it.”

So I certainly don’t argue that politics and writing should be completely separate – in fact, I think that’s conceptually impossible. However, it is an issue to approach cautiously and thoughtfully – because a few words in even one ill-considered tweet can carry more impact than the thousands of words of fiction you’ve written if you’re not careful.

Do you agree? Should politics and writing be handled carefully? (Like nitrogen and glycerin, perhaps?) Have you had any experiences, good or bad, when you’ve got political on the page? We’d love to hear about it in the comments section below. 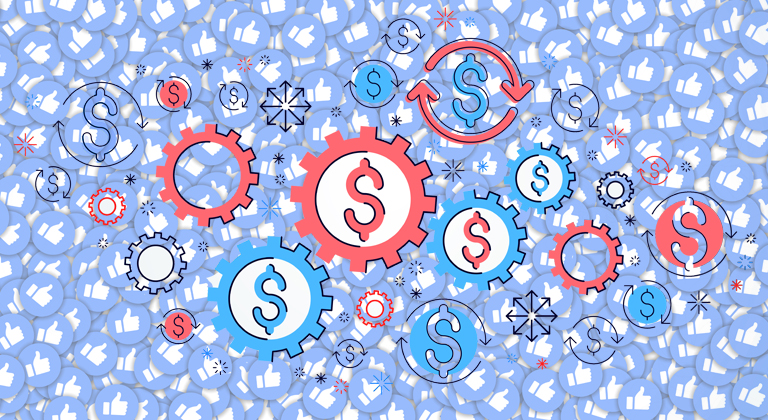 What I’ve learned after spending over $100k with Facebook Ads 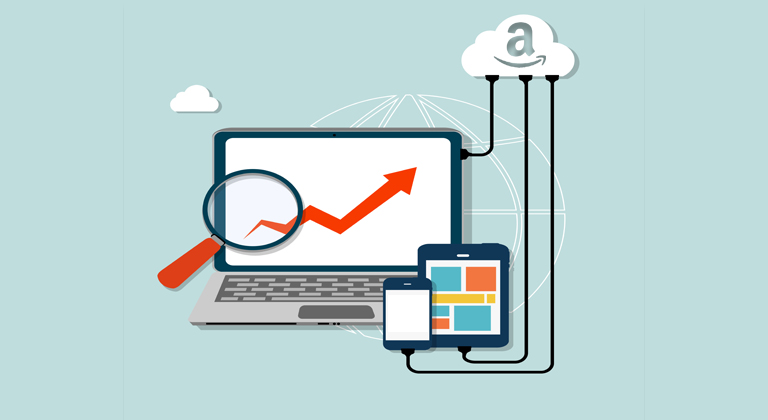