Does genre matter? Writing something different may teach you something new. 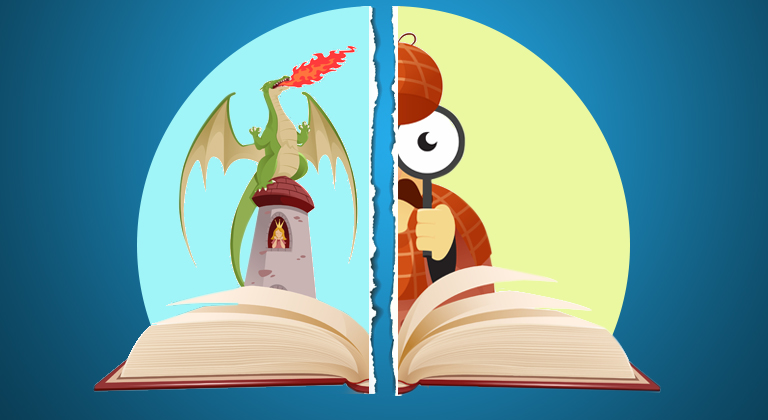 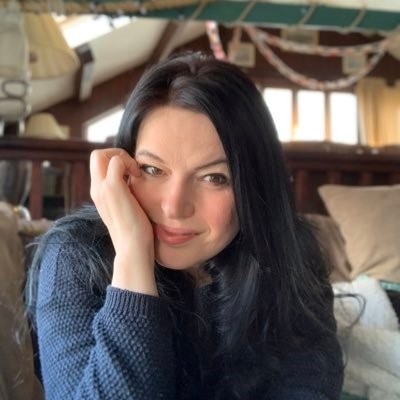 If you’re like most authors, you’ve likely picked a genre that you know or like the best and embraced it, rarely (if ever) writing outside of it for a variety of reasons.  Perhaps it’s because nothing else interests you, or because you’re afraid that your fans are only interested in reading that type of story from you.  But as guest post author J.E. Rowney points out, there is a lot to be learned from stepping outside your comfort zone. Even if it’s just as a small writing experiment instead of a full blown novel, spending time in an unfamiliar genre can make you a stronger writer even when you return back to the familiar.

As my readers will know, I write in the chick-lit or women’s fiction genre. My books focus on friendships and relationships. These are the things that interest me. They are what I want to read about, and they are what I feel that I can write most effectively about. I am currently working towards my Masters in Creative Writing and Publishing, and as part of my studies I was asked to choose from a list of genres outside of my comfort zone, and write a short piece in that style. Always up for a challenge, I decided to go for the subject that was the furthest from what I usually write, and I composed a hyper-masculine action thriller story. The hard-hitting action thriller genre is targeted predominantly at men. Women’s fiction is, by definition, written for women. The genres seemingly have few commonalities.  For someone who, primarily, writes women’s fiction, attempting to produce a Lee Child-style story was initially a daunting prospect.

What can be learned from attempting to write in the style of another writer, particularly one from a different genre? Much as painters once practiced their art by reproducing the works of the masters, by deconstructing and recreating a text, it is possible to explore not only the elements of a particular style, but also the wider context of the work and its place and position. As well as questioning how a work was structured, what semantic and grammatical decisions went into its development, one can also question why these decisions were made.

The role of the protagonist

I started by creating a protagonist. In creating a hero, the author does not seek to simply present an example of perfection. In order to gain the audience’s sympathies and make them care about the character, he must be relatable, he must be human, and, as such, he must have flaws. Reacher is not two-dimensional and invincible. Child says of his protagonist, “It’s all about character…Everyone has heard of the Lone Ranger. Nobody in the world could tell you a single storyline from a Lone Ranger show.” The same applies when writing women’s fiction. Readers want to root for the protagonist. In order for them to have sympathy for the character, they have to believe in them; they have to feel that the character that you have constructed from words and imagery is actually made from flesh and blood.

Reacher may be more accessible to female readers than other testosterone-fueled characters such as the archetypal action hero James Bond as he does not have the same sexist undertones. In Killing Floor he works alongside female Roscoe as an equal on a professional level, for example. His modus operandi does not involve trying to have intercourse with every eligible or non-eligible woman he encounters. Men may want to be him, and women may want to be with him, but it’s not a given that Reacher would reciprocate. Child himself suggests that women are only interested in the Reacher character because “he won’t stay very long”. In the 2020s, where the book market is saturated to the point of bursting, not alienating a pool of potential readers is an astute move. Can this be applied to romance writers, or writers of women’s fiction or chick-lit? Whilst it is possible to create characters and plot that do not form a barrier to male readers, would ensuring that female leads are not sexist and that men are included in a sensitive manner really encourage more male readers to a predominantly female reader group?

The role of conflict

The basic framework for storytelling can be applied regardless of genre. The three-act structure can begin with a man trying to clear his name, or a woman trying to find a date for the Christmas party. Readers know instinctively what makes a good story; they know what they like, even if they aren’t aware of the framework that lies beneath it.  A donut can be delicious regardless of your preferred flavor or topping. Knowing what ingredients the target audience prefers is essential for meeting the expectations of readers of different genres and keeping them satisfied.

Giving the readers what they want – or what they expect?

Just as a writer of a romance book will know what works within their own genre, a thriller writer will know what appeals to their audience. There is little point trying to break the mold. For the most part, readers know what they want from the moment they see the cover, or in Child’s case from the moment they hear that a new book is being released. He has an audience of fans who are waiting to read the next book, because regardless of whether literary critics would rate his works highly, action thriller fans want to read action thrillers. Child has written twenty-four Reacher books, and readers keep returning for more. As one journalist (and Lee Child fan) states “One can hardly find, in the entire corpus of the work, a single sentence worthy of independent admiration. But put them together, one by one and page by page, and I am consumed, not by admiration exactly, but by something much more powerful – the great animating impulse of the whole story-telling business – the desire, the rage, to know what is going to happen”.

An action hero must face peril and be faced with challenges. However, the plot of a Reacher novel does not necessarily focus on whether he will survive, but rather how he will do so. The readers expect the protagonist to overcome whatever obstacles arise, much as readers of romance books expect a happily ever after. Along the way though, the hero has to suffer. Without the struggle to achieve the end result or to rise above the challenges presented, there is no conflict. Without conflict there is no story. Child says, “All I want is to give people a really exciting story.”

Child provides the reader with the tropes that they expect, and engages with the protocols of the genre. This is something that authors need to do, regardless of the genre in which they write. Readers of romance novels expect a happy-ever-after. Sci-fi fans expect the plot to have scientific or futuristic elements. If the writer does not meet the expectations of fans, they are likely to receive negative reviews.

It’s all the same – but different

Whatever genre the author focuses upon, most novels fall into one of seven basic plot structures (as described by Christopher Brooker in his book “The Seven Basic Plots”). The characters, their motivation, and their relationships may differ, but the same underlying principles and elements can be applied whatever genre the author chooses. Take for example the “Rebirth” concept. In essence, this plot centers upon a main character who experiences something that causes them to change their ways – probably becoming a better person in the process. This can be applied to a woman in a chick lit novel getting over their ex and becoming a more positive person, or an action thriller in which the hero has to solve a crime in order to recognize a trait in him or herself that they need to rectify.

What matters when writing is plot, characters and conflict. How these things are applied will vary depending on which genre the author chooses to write in, but the foundations and building blocks remain the same, regardless. If you have the time, I would recommend trying to write a piece in a genre that is not your usual realm. You may learn a lot more than you anticipate, and find tools that you can apply to your usual work.

J.E. Rowney spent several years in the cold Yorkshire hills and now lives in Dorset. She started writing novels when she commuted from Leeds to London in her previous life as a change management specialist. "Charcoal", her debut, was published in 2012 to wide critical acclaim, and was a bestselling novel on Amazon within days of release. Her third novel, "Ghosted", was released in January 2020 and quickly also became a bestseller. Rowney can be found on social media with @jerowneywriter and her new novel Life Lessons will be published on July 31, 2020. When she’s not writing, Ms. Rowney enjoys reading a wide range of books, and walking by the sea. Ms. Rowney says: "I always dreamed of being a writer, until I realised that I was. Then I started to write." 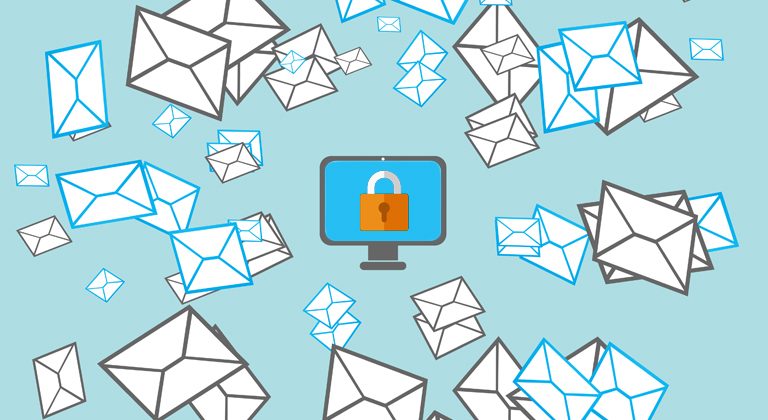 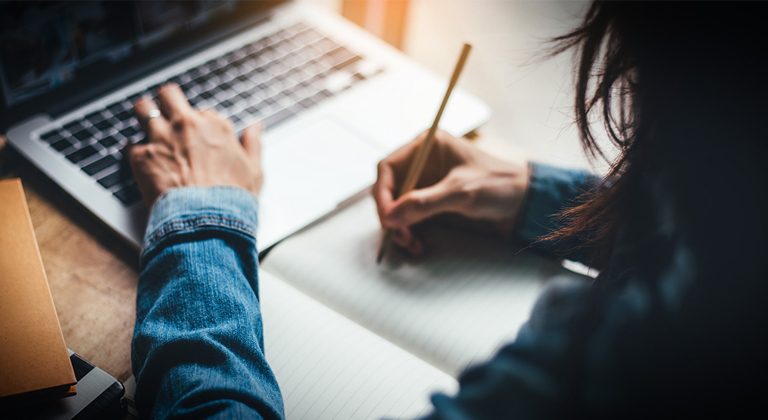 The Secret to Daily Word Counts – The Path of Least Resistance