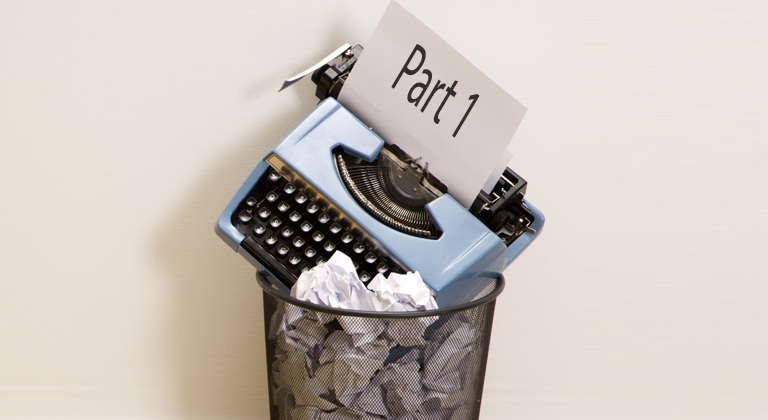 The writing process is more than simply typing words onto a paper and coming up with a masterpiece. Well, unless you happen to have infinite monkeys with infinite typewriters… but for those of us that don’t, it’s important to remember that in order to put those words onto the paper in the first place, you first have to think them up. You have to mentally plan your story, breathe life into your characters, design your world – most of which initially takes place inside your head. Many non-authors don’t understand that there is more to writing than physically adding new words to your story, but as Ginger explains below, those other things are just as important.

There have been so many blog posts about the importance of writing every day that we made a conscious decision to chill on those for a while (although I still maintain that writing every day is perhaps the most important thing you need to do in order to be a successful self-published writer.)

So, today I’m going to write a post arguing the opposite – and giving you permission to embrace the blank page. Given what a mentally taxing pursuit writing is, this might be one of the most important things you read today (gosh, that sounds conceited when I write it) and counterintuitively, it might be exactly what you need to help increase your wordcount in the long term.

The other day, Sarah Weinman shared a snippet from one of Christianna Brand‘s books in which she mentions the writing habits of legendary mystery author Agatha Christie – and if you want to learn something about productivity, there’s nobody better to turn to.

Agatha Christie wrote over 100 novels during her life, and has sold over 2 billion (with a B) books in English and foreign languages – making her the GOAT right up there with William Shakespeare and all those folks who contributed to the Bible.

What I found interesting – aside from the idea of running off to a bad hotel for a few weeks, which sounds like heaven right about now – is that she stressed you don’t start a book “until it’s ready” and as I grow in my own writing career, I’m learning that this is more and more true.

In 2020, during the height of the pandemic, I was stressing massively about not writing every day since I was stuck at home, supposedly with “nothing to do” like my friends who’d taken up the ukulele or started a YouTube channel. I was really struggling and while I did eventually publish two novels during that period, I had weeks in which I’d be wracked with guilt about not having written a damned word.

But having just published the second of those books, I look back and realize that if I’d had written 2,000 words every day – as planned – and finished that book in August 2020 as planned, it wouldn’t have been the same book.

There are four or five scenes and twists in it that only popped into my head during the heady last months of 2020, and I realized that my struggle to put words on a page didn’t come from laziness, but because the book wasn’t ‘done’ yet. It was like a soufflé, and it couldn’t come out of the oven until it was ready.

I think accepting that sometimes you do need to wait until a book is ‘cooked’ inside your head before serving it up onto the page is an important thing. Sometimes you need life experience, or a new perspective, or to witness something in real life before your fictional adventure can wrap up the way it was destined to. Sometimes, I think you do need to give yourself permission not to write every day; as long as you make up for lost time when you do finally hear that mental ‘ding’ telling you to take your story out of the oven.

In some ways, the fact that Amazon had shifted the goalposts and made it so much more difficult to find organic success with a newly-released book also supports this mindset. There used to be so much pressure to publish on a regular schedule to keep the momentum going – but now, advertising has become so important that getting a book right is more valuable than simply getting it out and onto the (digital) bookshelves. Therefore, the pressure has eased up to just keep publishing.

So, if you’re finding it difficult to write every day right now, have a look at what the problem might be – and don’t be scared to go easy on yourself. Giving yourself permission not to write over a weekend might end up with a spurt of productivity when you get back in front of the keyboard.

Alternatively, it might not – but if you give yourself permission to not write during the weekend, then it’s easier to live with having no new words on the page than it would have been if you’d wracked yourself with guilt and yet still not written anything new.

Burnout is a very real issue, and while writers should aim not to rely on inspiration to drive their writing, sometimes they do need some to spark the ideas and the flow of words.

I found when I was struggling with my writing last year, I’d give myself permission to close my laptop and instead do something that got me into the mental headspace of my characters. Maybe I’d go and see some live music with some friends, or go for a walk, or just work on my car (since my main characters are all handy with a wrench.) I tried to live ‘in the moment’ and focus on the sights, smells, and sensations that my characters might also experience in my book; and I think it ultimately helped me write a better book because of it.

Today, we look back at Agatha Christie’s career and marvel at how prolific she was. Many of us in the modern day, however, are desperately writing more than she did on a daily basis and still crucifying ourselves for our lack of productively.

Writing is a marathon, not a sprint – and only a crazy person (or Eddie Izzard) would try to keep up a marathon pace all year long.

That being said, permission also requires responsibility. If you give yourself permission to embrace the blank page, you also need to retract that permission when your book is finally ‘baked.’

Writing is ultimately the simple act of translating your imagination into words, and the imagination is the hard part. Once you have assembled everything you want to say, it’s more important than ever to get rigid about writing it down each and every day. As important as it is to recharge your writing batteries, you’ve got to be militant about draining them again when you’re ready to.

People often think writers are lazy or undisciplined when in fact, nothing could be further from the truth. Those beliefs stem from not understanding what a mentally taxing business writing is. Unless the idea has formed inside a writer’s head, you couldn’t squeeze it out of them any easier than you could squeeze orange juice out of a bowling ball.

My wife often thinks the only time I’m ‘writing’ is when I’m hammering at a keyboard – but in fact I’m ‘writing’ when I’m walking the dog, doing the washing up, or working out at the gym. My brain is processing my book like a computer runs a program in the background – and ‘writing’ is actually more like ‘printing’ since I’m just downloading the book into the keyboard when I type.

So as long as you’re living your book inside your head – as long as it’s running in the background – you have permission not to slam your fingers into the keyboard every day. You just have to make that commitment to unleash it as soon as it is.

Fortunately, we’ve got some advice about that, too – and I’ll share it with you in next week’s blog. The most important thing to remember in the meantime, though, is not to be too hard on yourself – and to give yourself permission to embrace the blank page. 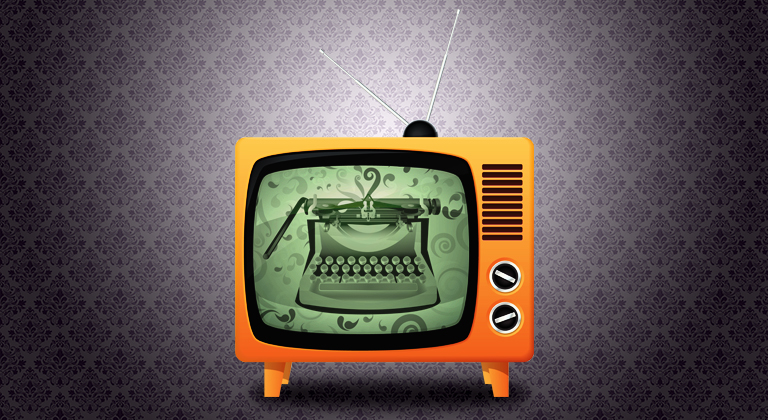 Is self-publishing success easier or more difficult on Amazon these days? 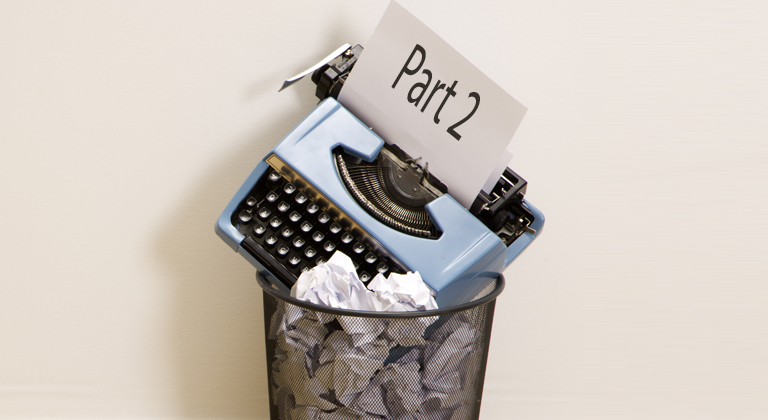