The Essentials of Speechwriting 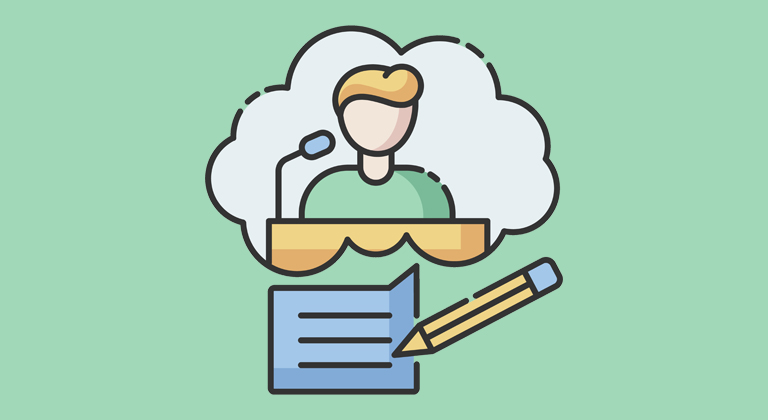 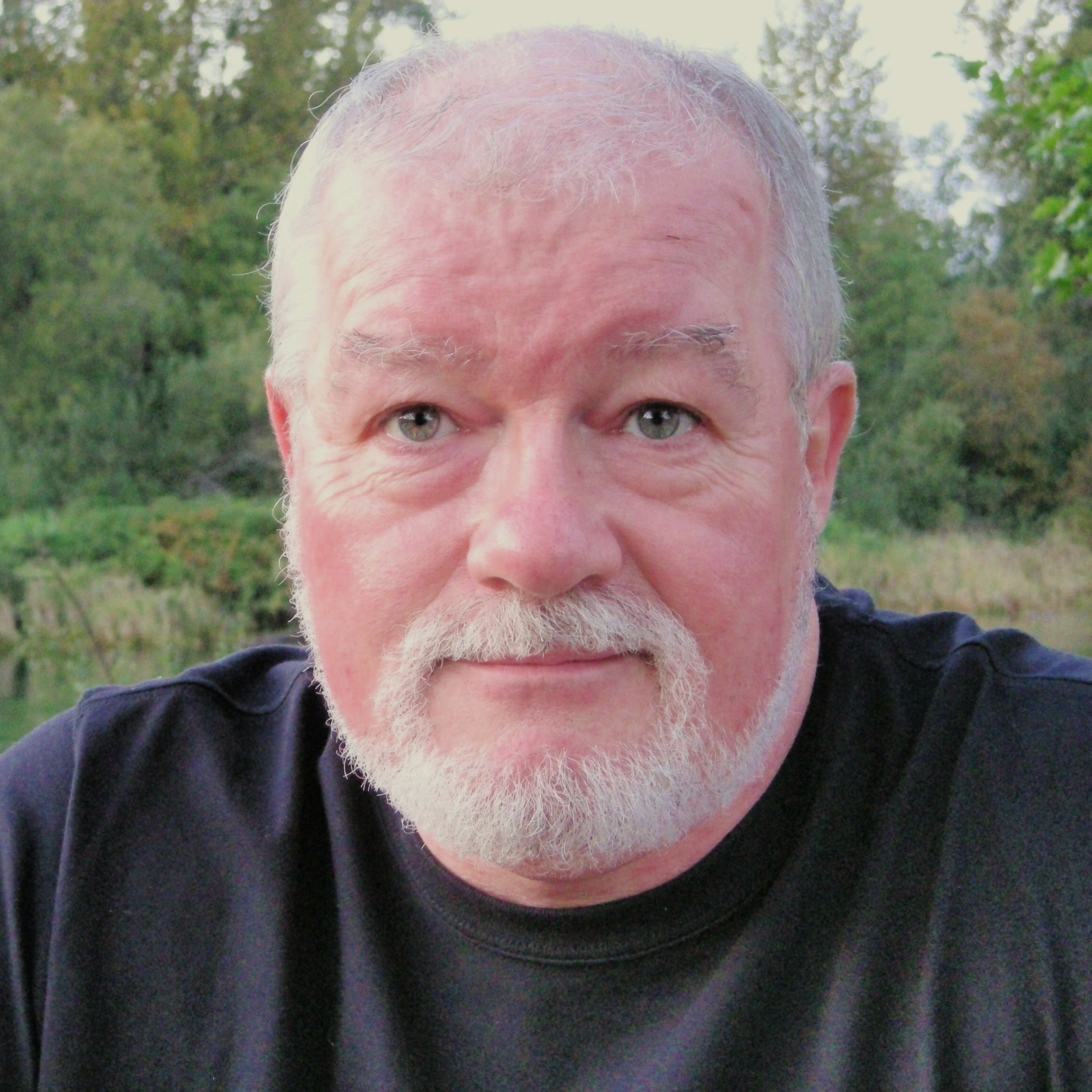 Novel writing isn’t the only way to make money as an author. At the beginning of this year we discussed a few non-traditional writing paths, but today we have a guest blogger bringing you an idea we didn’t cover during that podcast discussion.

Not everyone is aware that while politicians and business leaders are great at delivering speeches, they’re often just reading the words that someone else has written for them. Before he was a multiple award-winning novelist, Matthew Hughes spent decades as a freelance speechwriter, putting words into the mouths of many talented orators. Speechwriting can be a well-paying gig, but if you’re thinking about trying to break into the industry, it helps to have an understanding of the essential components that make up a good speech. And that’s exactly what Matt is here to go over with us all today.

These days, I write science fiction, fantasy, and crime fiction, but I spent almost thirty years as a professional speechwriter, and for most of that time I freelanced.

The first speech I ever wrote was for a newly elected Canadian Member of Parliament who was tagged to second the motion that opened debate on the Trudeau government’s agenda in the House of Commons.  I did one draft, it killed, and within a short time I was being headhunted by the staffs of senior cabinet ministers.

Most of the speeches I wrote—some two thousand by the time I finally segued to writing fiction full time—were accepted as first drafts, almost all the rest with no more than some minor tweaking.  When I realized that competitors were making more money writing draft after draft at an hourly rate, I switched to a flat rate.  By the time I eased out of the business, almost twenty years ago now, I was making the equivalent of $200 an hour.

I had no formal training, just a knack.   I also had the ability to hear a speaker’s voice in my head and write to suit that voice.  Then, one day, I was asked by the Canadian Public Relations Society to give a talk on the how-tos of speechwriting.  That made me sit down and, for the first time, understand what it was I did and how I did it.

What follows pertains mostly to speeches written for business types talking to other business types.  Political speeches have some differences.  But most speeches are in the first category, and that’s where the money is.

If you’re looking for a writing gig that pays well, speechwriting is a good bet.

People remember the speaker not the speech

Most business speaking engagements are primarily social occasions for like-minded people, for whom the speaker is a mild intellectual entertainment.   Mining industry executives are unlikely to invite the head of Greenpeace to address their annual convention.

The writer’s task is to create a rapport between speaker and audience: a “we’re all together, and we are good folks” feeling.  The words “we “ and “us” will get plenty of use.

Facts are not terribly important, especially “new” facts.  Feelings are.  A good speech should contain no more than three facts not already known to the audience.   Chances are, no one who is not taking notes would remember more than one of those facts.

Many of history’s most famous speeches—Churchill’s “fight on the beaches,” is a classic example—contain no new facts at all.  But they contain plenty of feelings.

One for the intellect; the other for the guts and glands.  And guts and glands are what the speechwriter is aiming to hit.  That’s how impressions are made.

Again, look to the great and memorable:

“Four score and seven years ago today our forefathers brought forth . . .”

That last quote also exemplifies one of the most important skills of the speechwriter: the ability to put pictures in the listeners’ heads.   Simple word pictures stick in people’s minds far better than elegant phrases.

When creating those mental images, pare things down to the essentials; a few well-chosen words is all you need.  The listeners will confabulate the full picture.

Use material with which the audience can instantly identify; show them images they can immediately relate to.

Build movement into your word pictures; “The way ahead is steep, there are rocks in our path, but we are climbing over them.  We are not stopping.  We can see those sunlit uplands.  We will get there, and we will get there together.”

Keep your sentences short and declarative.  Subordinate clauses and complicated phrases look good on paper.  They don’t work as well in a speech.

Use the active voice, not the passive.  Unless you have to say something you don’t want to say.  Then you don’t say, “We were wrong.”  Instead, you say, “Mistakes were made.”

I call it “fuzzspeak,” and it reverses the rules I’ve been laying out here.  You don’t say, in simple English,“We’re cutting your wages.”  You say, in a fancier style, “A policy of austerity is being pursued.”

A lot of people think speeches need to open with a joke.  They don’t, especially not a joke cribbed from some hoary old handbook.  But if the joke is fresh and relevant to the speaker and the audience, that’s gold.

Like:  “There’s good news and bad news out of the state capitol.  The good news:  both sides have agreed upon how to divide up the taxation pie.  The bad news:  you’re the pie.”

The best way to open a speech is to tell the audience “I am glad to be here.”  Next, tell them why you are glad to be there.  Get that “we” and “us” and “we’re good folks” feeling.

You’ll want to keep numbers to a minimum.  Large numbers get rounded off; statistical comparisons are reduced to simplified terms like “a good two-thirds” or “more than doubled.”

A speechwriter faced with a sheet of sales or production figures should immediately begin looking for imagery.  But avoid the “if we stacked them up, they’d reach the moon,” or “this many football fields.”

Be creative.  Your original images will stick in the audience’s heads.  Even better if they’re funny.

Like:  “They always talk about averages.  Well, the average height of the Lakers and the Seven Dwarfs might be five feet.  But if they all wade across a five-foot creek, you’re gonna be short a few dwarfs on the other side.”

Don’t use clichés.  Just don’t.  But do mine books like Bartlett’s Familiar Quotations for brilliant ways people have expressed thoughts similar to what you’re trying to put across, and rewrite them to suit your speaker.

The pros do that all the time.

Save News for the End

If you have an actual piece of news to deliver, save it for the last couple of minutes. Then use it to kick off your ending.

For that ending, pour it on:  “we” and “us,” word pictures with movement, basic English, simple, declarative statements in the active voice, and above all, leave the audience looking at a vision of the future.  That, more than anything else, will create the impression you’re after, because the endings of speeches are what best sticks in the audience’s minds.

Read Your Drafts Out Loud

And, finally, remember that you’re writing for the voice.  Not everything that fits on a page can fit well into a human mouth.  So, when your draft is done, read it out loud and massage out any verbal potholes.

How to Get Started

Charitable associations welcome volunteers.  Write a few speeches for nothing, to build up a track record.  Then start hitting directors of corporate communications and industry associations to get some paid work.

As in all aspects of the writing biz, persistence pays off.

Matthew Hughes writes fantasy, space opera, and crime fiction. His latest novels are:  Barbarians of the Beyond, an authorized companion novel to Jack Vance’s Demon Princes series, and Baldemar, a fix-up of a series of stories that originally ran in The Magazine of Fantasy & Science Fiction and two anthologies. He has won the Endeavour and Arthur Ellis Awards, and has been shortlisted for the Aurora, Nebula, Philip K. Dick, Endeavour, A.E. Van Vogt, Neffy, and Derringer Awards.  He has been inducted into the Canadian Science Fiction and Fantasy Association’s Hall of Fame. Bibliography:  https://www.matthewhughes.org/matthew-hughes-bibliography/

Should your Amazon ads use keywords or ASINs? 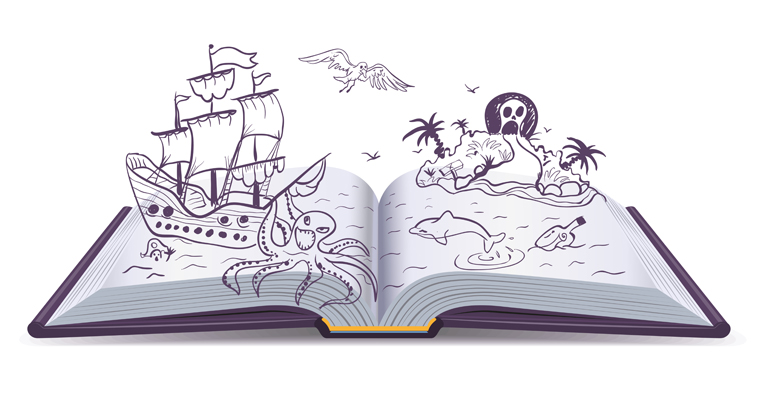