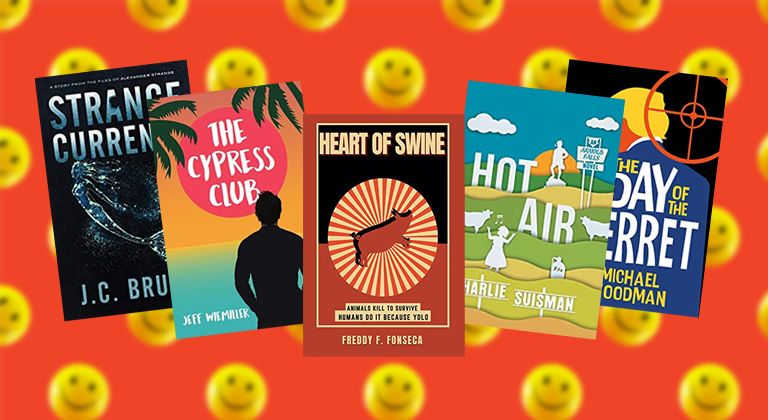 They say laughter is the best medicine. Need a prescription? We’ve rounded up a list of humorous books our Hidden Gems ARC readers loved. What makes you LOL?

Recommended for fans of Hiassen, White, and Hall, Strange Currents is book four of five in The Strange Files. The series chronicles Alexander Strange as he lives and works aboard a fishing trawler in Naples, Florida writing about news of the weird.

J.B. raves in his five star review, “I’ve read all of the Strange books and this is the best! It’s got the most-sophisticated plot, the most-developed characters, the most-memorable settings and the best dialogue. And it is strange, which is what makes J.C. Bruce’s series so unique and readable. As a veteran of numerous trips to Key West, the authentic, recognizable setting was an added treat. Bruce fills his books with uniquely-interesting characters and gives them slightly off-kilter voices and he writes with a wicked sense of humor. Great read!”

With the tagline of “A Ridiculously Realistic, Deadly Serious Comedy – With a Superhero Pig,” readers get a sense of the sort of humor they can expect in Heart of Swine. The tale scrutinizes societal sustainability efforts, while simultaneously entertaining readers with what readers describe as a darker/dystopian brand of humor.

In her five star review, Magdalena writes “It is incredibly clever, eye-opening and witty. Easy to read, harder to process, provokes moral discussions. 10/10 recommend and waiting for more from this author!”

Yifan concurs in his five star review, “This was such a fascinating (and chaotic) take on a dystopian world of environmental problems…Would definitely recommend to anybody who appreciates a book that takes literary risks and still manages to pull it off perfectly.”

The Cypress Club by Jeff Wiemiller

The Cypress Club is by turns funny, irreverent, and heartbreaking. An often-satirical tale that explores the painful prospect of severing ties with a parent and invites readers to rethink what it means to live the American dream.

Scott writes in his five star review, “The Cypress Club was such a fun, fascinating and heartbreaking read.”

Marlana explains in her five star review, “I liked reading from the man’s point of view exploring how they think and make decisions. As Ben navigates grieving for his Grandmother he is faced with his feelings about his mother. As he and his mother interact he learns more about her and himself and the best way to love her without being driven crazy by her.”

Described as “Charming…effervescent…delightful” by Foreword Clarion Reviews, Hot Air is set in a small town called Arnold Falls. It’s summer in Arnold Falls, where there’s more than enough hot air to go around; there’s a proposal to change Arnold Falls’ name (for a cash payout). Town memorabilia is going missing in the dark of night; and what is happening at the hospital? Something definitely not good. With a host of reviews praising the story, Hot Air is a light hearted must read of small town shenanigans.

“This is the second book I have read by Charlie Suisman, I liked the first one a lot; this one was even better,” raves Chelsea in her five star review. “The character development is great. I could relate to all the characters in some way: their idiosyncrasies, obsessions and good intentions.. The reader joins a small community and can’t help but b come fond of the folks. At a time when the news can be not so encouraging, this is the book to curl up and read and escape.”

Amazon Reader writes in their five star review, “HOT AIR creates a world to aspire to – where I care about the whole community (even the bad guys!). It’s a book that’s a tonic from the burdens of present world. Scenes like two actors riffing in an Irish brogue as the camera roles, like the singing to lazy cows, and like the wacky town hall meetings had me crying with laughter. It’s a twisted, fast paced book with twists and turns and unexpected happenings. I can’t wait for Book 3.”

The Day of the Ferret by Michael Woodman

To entrap an old flame who’s trying to kill him, an embattled US President sets up a fake assassination targeting himself, but his genius plan goes hilariously wrong.

Aparna in their five star review further explains the plot and the recommended reader for this read, “The Day of the Ferret is a dark comedy laced with sharp-edged satire. I thoroughly enjoyed it. The author has gone full-throttle on this, mixing subtle irony with crazy madcap humor in a brilliant parody of the Day of the Jackal. The author doesn’t only lampoon a well-known ex-president, he makes satirical side-swipes at Brexit, umpteen politicians, and progressive social trends. So this is an equal-opportunity satire, and definitely not one for the politically sensitive. But if you’re looking for fun and laughter, and great storytelling, I thoroughly recommend this book. ”

“This wonderful and entertaining satire mixes politics and mystery with hints of reality,” explains Dan86 in his five star review. “The plot is intense and at certain moments the difference between reality and fiction blurs. As I read it, I tended to believe that some events were real but then I realized that it is just an excellent thriller and that it is very well written. The narrative revolves around a fantastic plan: the president of the United States plans his own assassination in order to arouse violent reactions among his voters and hit the most important headlines. Of course, it is all a scam that can go terribly wrong. Some events and the strong characteristics of the protagonist resemble reality. The cover contributes to the feeling. I recommend it to anyone who likes clever and sarcastic comedies.”

Hidden Gems readers got to read these humorous novels first, so if you want more books that make you laugh, sign up today! Subscribers to Hidden Gems receive invitations to read books like these – plus other titles from any of up to 15 other genres – for free. Authors send these out in the hopes that the readers will write an honest review on Amazon once they’re done. 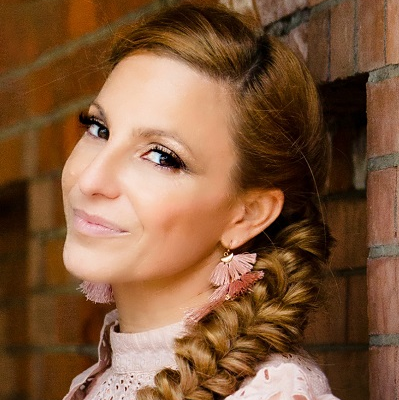 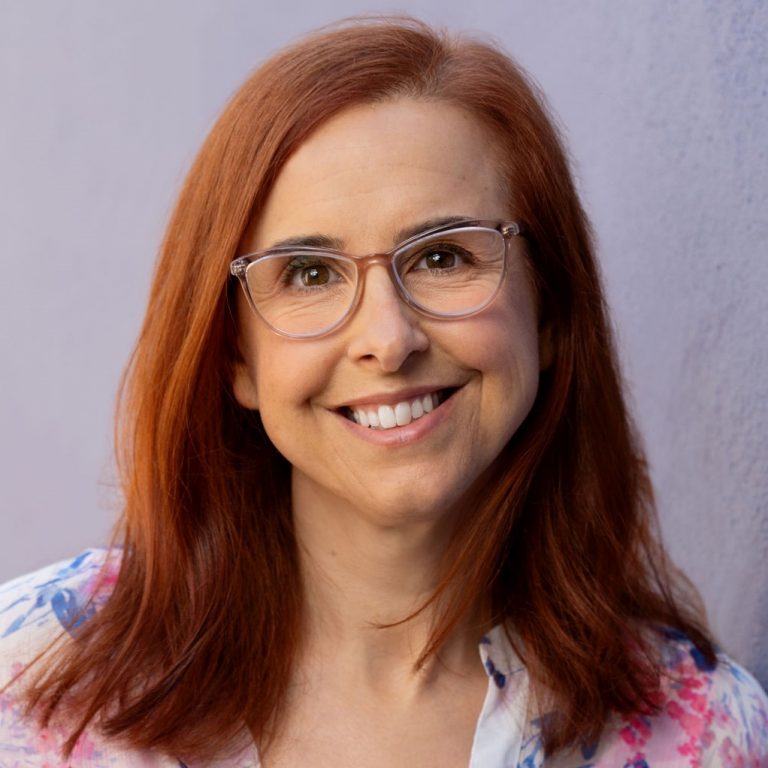