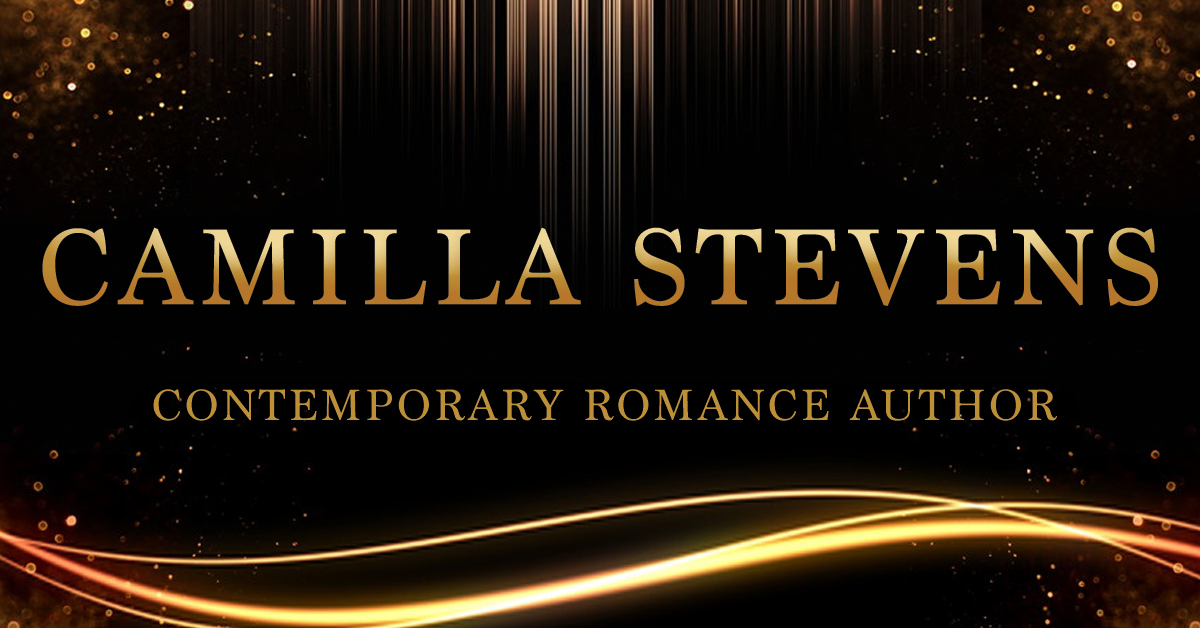 This week, we’re speaking to Camilla Stevens, the wildly popular author of steamy romances like The Italian Heir, and Her Icelandic Protector – which have earned her legions of fans and reviews that highlight her “awesome storytelling” and praise her writing as “suspenseful” and “fascinating.” She kindly agreed to sit for an interview to talk to us about her background, inspirations, and the path that led her to publication success.

With nearly 20 full-length romances to her name, Camilla Stevens continues to win fans with each new release. She’s particularly well-known for writing BWWM romances – between black women and white men – and this has led to some delicious pairings in her globe-spanning catalog of stories; from sexy Spanish pirates to towering Icelandic mercenaries. We caught up with Camilla (being in the midst of a lockdown made that easier) and here’s what she told us:

HG: So, first off, who is Camilla Stevens? How would you describe yourself to readers who haven’t heard of you yet?

CS: Camilla Stevens is just someone who enjoys a good story, especially with a bit of humor and intrigue. I have lived quite a few places across the country (mostly California, Texas, and now New York). I’m definitely a nomad at heart. Some people say they love travel but for me it’s a passion, and I’ve even managed to work it into a romance series (International Legacies Romance.)

I work in the corporate world by day—one of those towers you see on the NYC skyline. At night I get to work on my computer, usually with a glass of wine, getting all the stories out of my head and onto the page. Otherwise, I’m your average wine-loving, Mexican-eating, Community-binging homebody. As far as what I like to write, it’s a mix of things but no matter what, I like a humorous hero. Either dry wit or dark humor or just plain silly, I just can’t dig it if he doesn’t make me at least chuckle.

HG: So, when did you get bitten by the writing bug? I was 12 when my parents bought me an electric typewriter, and I was doomed from there!

CS: Writing bug? ALWAYS! Actually, it started with the “reading” bug. I grew up sneaking pages from romance novels in the library and still do as an adult! Though Kindle has helped with that.

I think most readers have vivid imaginations by design, and that lends readers like me towards writing.

HG: So where does the inspiration come from?

CS: It’s mostly from my own life, which I suspect is true of many authors. I have my Texas Heat series, which is definitely taken from what I think of as my second home…Texas!

The International Legacies Romances came about when my coworker remarked on how many places I’ve traveled. The Italian Heir was taken from one of my favorite trips to a tiny island in Italy that I knew I HAD to create a book out of. A lot of what happens in those books are things that I’ve experienced. Women traveling alone are introduced to some pretty wild times.

There are still a hundred stories in my head, which I guess makes for a good storyteller. At least I hope so!

CS: I think The Italian Heir is definitely it. It takes place on an island that is pure jet-setter territory for the rich and famous, but with a cool mix of locals (look up Panarea). There are only two police on the island and they are only there to help evacuate in case of a volcano eruption. That makes for some wild (and sexy) times. I won’t say more, so as not to spoil it, but it was fun working a romance into that.

Camilla has a pretty eclectic range of stories. I was really interested in the BWWM stories because to me, their prevalence is one example of how awesome Kindle is – allowing authors to write books in a niche that has a loyal following, but might have been ignored by traditional publishers in the past. The same with LGBT romances, Amish romances… You name it! Authors are empowered to tell the stories they know people want to read, not just the ones a publisher knows will “sell.”

HG: What was your introduction to BWWM? And what are your thoughts on genres like that?

CS: BWWM is an area I knew I could easily slide into since I’m a black woman myself – and I’ve been in interracial relationships, so I understand the nuances.

You’re right! It’s definitely a growing category – as are many variances of interracial romances, or romances with women of color – but there’s still a way to go. I won’t touch on the current frustrations readers have.

HG: I remember a few years ago – wow, this was probably 2015 – when the Kindle scene was more of the wild west, and there was a brief blip of a scandal when some readers found white authors writing and publishing BWWM romances because it was a good ‘niche’ to be in, and some readers were upset. I remember becoming aware of the genre then and to me it was like a canary in a coal mine. There were the writers like you and Jamila Jasper who wrote with authenticity, and others who were like “I’ll leverage that keyword” and started publishing BWWM novels (sometimes literally taking one of their existing novels and changing the race of the heroine) because they thought it would “rank better.”

I don’t know about you, but the novels I write are SO personal to me, and especially when authors like you write about subjects like race, and love, it’s like putting a little bit of your soul out there. So, while it’s great that Kindle has provided us with that platform, it must be frustrating for authors like you to see other people sweep in and try to leverage core parts of your identity and human experience for the “SEO juice” it has on Amazon.

CS: Well, I have ZERO problem with authors of other races writing it. If anything, it would help give more notice to the “validity” (for lack of a better term) by making it more mainstream. However, I DON’T like authors taking previously written books and making them BWWM for a quick buck.

But the beauty of writing these books, and many other authors doing the same, is that it shows just how diverse BWWM can actually be. I’ve had readers say that they like that my heroines aren’t “stereotypical” black women, and I make sure to diversify how my hero and heroines are.

HG: It seems to have earned you a loyal following. So, in terms of assembling your stories: Are you a plotter or a pantster? How do you put together the framework of each story?

CS: I’m definitely a pantser. Everyone is always amazed when I say the characters write themselves, but that truly is the case. I start with a basic idea of a story and certain personality traits, then just start writing. That’s probably why dialogue is my strongest suit. But in the end, sometimes I’m surprised at how a story turns out (though I will say it never strays too crazily off the path I’ve set…mostly it’s just a matter of not including something I thought I wanted because it no longer works).

HG: So, where do you write? Do you have an office, or a nook? Or are you a Starbucks-and-laptop kind of lady (although probably not in this era of social distancing.)

I have a tiny studio apartment, enough for a desk and bed. So…obviously I’m one of those people who hangs out in the coffee shop. Which makes it hard during this period!

HG: Speaking of – how are you coping with the COVID-19 crisis?

CS: Thankfully symptom free. Knock on wood! I’ve only been going out for groceries…and the occasional (needed) bottle of wine.

HG: Wine is essential. I have three kids at home!

CS: My apt is less than 500 square feet, so I NEED to get out. I literally walk through cemeteries. No one in NYC is paying attention to social distancing at the parks – but nobody has yet discovered my (admittedly morbid) secret!

HG: Long may it stay that way! So, for readers who want to find out more about your books – where should they go?

Thanks so much for taking the time to speak with us!

If you liked the sound of Camilla’s books, remember that subscribers got to read them first for FREE at Hidden Gems. Sign up and you can receive the same – plus the opportunity to read titles from 15 other genres, all delivered direct to your inbox for you to download, read, and review. 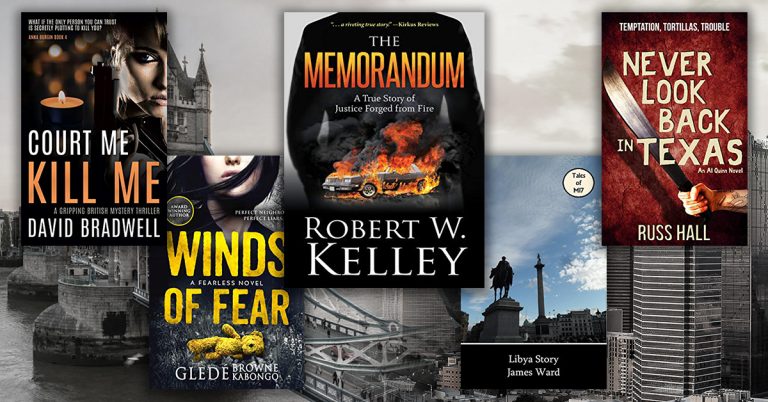 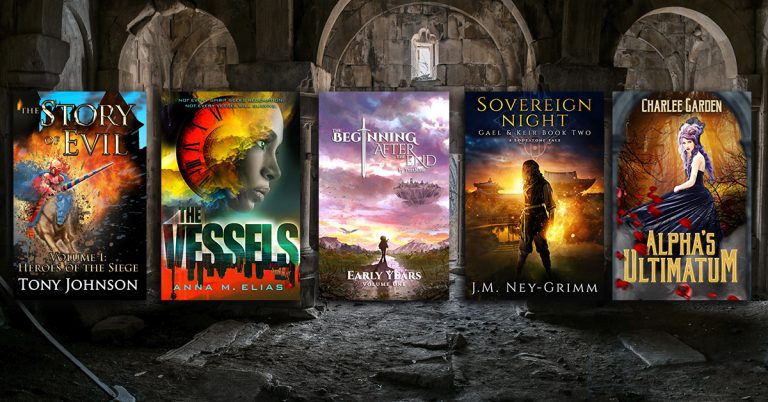 The 5 Fiercest Fantasy Reads This Summer