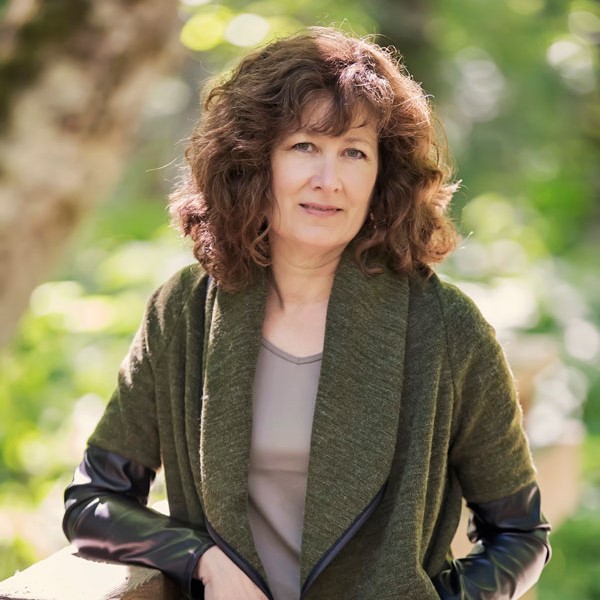 Today’s interview is with award winning author JP McLean who writes urban fantasy and supernatural thrillers. Reviewers call her books addictive, smart, and fun. We were thrilled to chat with McLean about her writing journey, style and exciting upcoming projects.

JPM: People who know me and then read my books are often surprised by the supernatural nature of the stories. I’m described as grounded and dependable—the opposite of someone who writes supernatural thrillers. Admittedly, I’m an introvert, an observer. I keep to myself, but I’ve always had a healthy imagination. It’s fueled by my fascination with the supernatural and paranormal. I’m intrigued by unsolved mysteries, like the Mo‘ai Heads on Easter Island and the lost city of Atlantis. It’s that curiosity and my willingness to consider the impossible that fuels my story lines and the characters I create.

HG: That’s awesome. When did you take the plunge into “author life” and what was the transition like?

JPM: It was early winter, 2010. Writing fiction started as a personal challenge—a game to pass the time. It helped that it was the start of the blustery west coast winter, so I had little outside distraction. What I wasn’t expecting was how much I loved working with words; how I could arrange and rearrange sentences to create emotion and tension; how word choices influenced the nuance of the piece.

But becoming a full-time author didn’t happen overnight. As much as I enjoyed writing, I had to learn the craft. I read extensively, took online webinars, and attended workshops. After I finally finished my first manuscript, I learned even more from beta readers and editors.

But the biggest transition was in my home life. Writing takes an enormous amount of mental energy. When I’m not physically writing, I’m thinking about the story, the characters, the setting. It’s all consuming. I’ve had to curb my other activities to make room for it. So, I don’t garden as extensively as I used to, I watch very little television, and the house goes longer between cleanings (though I’m not missing that last sacrifice very much).

HG: Beautifully put! So, what has been the most challenging part of publishing?

JPM: Marketing has been the most challenging. It’s a different skillset from writing, and not as much fun, but it’s critically important. Learning how to market is a challenge because the tools and methods are always changing. It doesn’t help that I’m camera shy and technically challenged, but I’m working on it.

HG: Understandable. Blood Mark is an urban fantasy supernatural thriller releasing on October 19th and available for pre-order now. Can you tell us a little bit about the main characters and what readers will love about this story?

JPM: Jane Walker is the protagonist, whose original name was Baby Jane Doe. Abandoned at birth, she bears a chain of scarlet birthmarks that snake around her body. She meets her best friend, beautiful, vivacious, Sadie Prescott, at a group home. Together, they learn how to fight and survive the streets.

Readers will love that these women are feisty and independent. They’ll question Sadie’s choice of extracurricular employment, and fall in love with Ethan, the man Jane thinks is keen on Sadie, but who instead is keen on her. They’ll love the intrigue behind Jane’s mysterious vanishing birthmarks, and the Inca lore at the heart of it. But mostly, they’ll love the twists and turns the story takes as Jane races against time to unravel who it is her birthmarks are protecting her from. 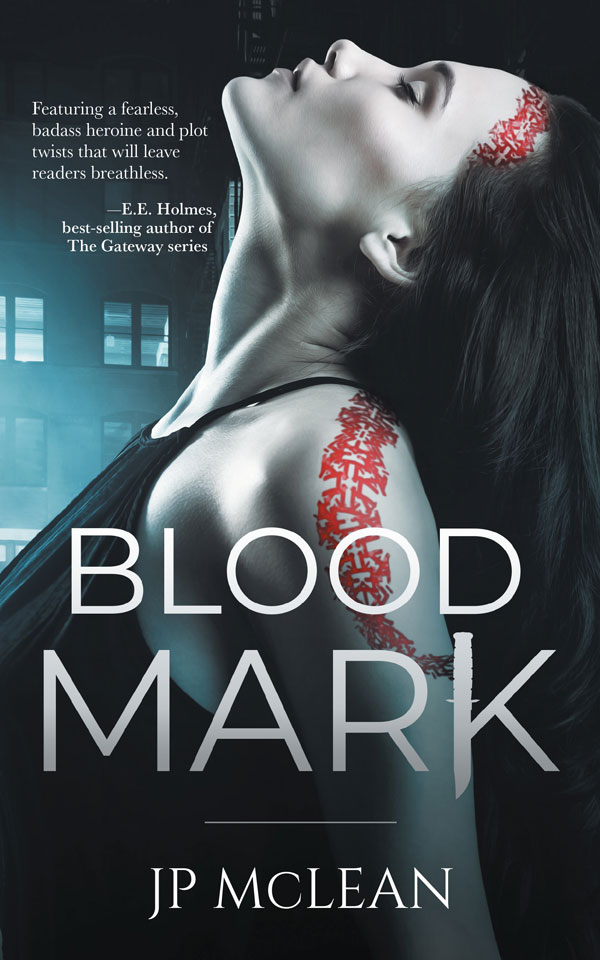 HG: Sounds great! How do you come up with character names?

JPM: Good question! I’ve been known to resort to the phone book and online sites. I try to keep the names varied, not only in the number of syllables, but in the first letter they start with, and I mix in names from different ethnic groups to better reflect Canadian society.

In Blood Mark, Jane’s name evolved from Jane Doe, but I had a lot of trouble coming up with the antagonist’s name. I ended up asking readers for their suggestions based on my rather unflattering description of him. Other names come to me right away, like Emelynn in my first book, Secret Sky. Emelynn was a name I’ve loved since I first heard it years ago in Vancouver. And one of the antagonists in the Gift Legacy series is named Carson Manse, which I fashioned after the murderer, Charles Manson.

HG: So interesting! So, if Blood Mark was made into a movie, who would you cast?

JPM: I need to preface this answer with the caution that I’m not familiar with a lot of actors and haven’t been to a movie theatre in years (I live on a VERY small island). I scoured the internet for these names/faces:

Jane would be played by someone like Krysten Ritter, who I enjoyed in her role as Marvel’s Jessica Jones.

Sadie would be someone like Gabriella Wilde, who is both an actress and an Estee Lauder model.

Ethan would be someone like Dylan O’Brien, who starred in American Assassin.

HG: I love that. What feeling do you want to leave people with when they finish one of your novels?

JPM: I want them to close the book with a lingering sense of wonder and hope that I’ve planted the seeds of possibility.

HG: Ahh, perfect. Switching gears, tell us a little bit about your actual writing process. Did it change during the pandemic? When and where do you write?

JPM: The first few months of the pandemic were hard. I couldn’t concentrate. Writing felt like too trivial a pursuit in the face of what was happening in the world. But as the new norm settled in, I cleaned off the cobwebs, dusted off my notes, and my love of writing returned.

When I get a new story idea, it takes time to develop it to the point where I’m ready to start writing. I begin with jotting down random thoughts, possible scenes, potential characters, and conflicts. Eventually, I’ll organize my notes into a rough outline that I’ll play around with until I have a beginning, a few high-tension scenes, a climax, and an ending. At that point, I’m ready to write.

When I’m writing, I write every day, usually in the mornings, unless I’ve got a publicity event. Often, when I’m on a roll, I’ll write all day and into the evening. I find it really difficult to quit when the ideas are still flowing.

And though I use an outline as a guide, I’m not a slave to it. If the story takes me in a new, unexpected direction, it’s the outline that changes to fit the story, not the other way around.

HG: Do you listen to music while you write? If so, what’s on your playlist?

JPM: I don’t listen to lyrics when I write—I find that too distracting. Instead, I’ll listen to classical music. Vivaldi’s Four Seasons is one of my favorites. I also enjoy Compay Segundo’s acoustic guitar albums, and lately, I’ve been listening to French café music because I like the jazz and don’t speak French, so the lyrics don’t distract me.

HG: I can hear it all now, haha. What would you say is your interesting writing quirk?

JPM: Probably the fact that I don’t write at a desk, or even in an office. Most of my writing is done on a laptop in my lap. When I’m in my writing nook at the south end of the house, I’m at my most creative. That’s where you’ll find me when I’m working on my next book. When I’m in the living room, I’m usually working on the business side of writing—such things as designing bookmarks, creating ads, or writing guest posts. I also have a counter that I stand at to write when I need to get off my duff.

HG: What do you like to do when not writing?

JPM: I enjoy gardening because it gets me out of the house and doing something with my hands other than typing. The process of weeding or deadheading lets my mind wander. I often come up with solutions to writing problems or new story ideas when I’m in the garden.

HG: I’ve recently taken an interest in gardening, and I agree! Okay, so, if you could ask your author idol one question about their writing, writing process, or books, what would it be?

JPM: This question is tough only because it’s difficult to narrow my author idols down to one. But I’ve always been curious about Dr. Deborah Harkness and her All Souls Trilogy, which is one of my favorites. She did a masterful job of taking a familiar trope—witch/vampire—and made it her own. I’d love to know the process she went through to craft the Diana Bishop and Matthew de Clermont characters. Did she add layers to the characters with each pass through the draft? Did the characters come to her fully formed? or did she create them in some other fashion? Though I read her books years ago, her characters still remain clear in my mind.

HG: Wonderful questions! Before we wrap up, what can you tell us about any projects you have in the works?

JPM: I’m working on the outlines for the next two books in the Blood Mark series. At this point, two more books is as far ahead as I can see. But who knows? There could be more. I won’t know until I get further along in the project.

I’m also working on a new story idea that involves witches, but it’s still very early days for that one.

HG: Thanks so much for taking the time to chat with us today! For readers that want to find out more about your stories and keep up with you, where should they go to connect or learn more?

If you love to read and leave reviews on Amazon, and would like to get books from authors like JP McLean for free every day, then sign up for the Hidden Gems ARC program. Each day we send out emails with offers of free books in over 15 different genres, and you’ll only be sent the genres you’re interested in and the books you want to read. Sign up for as many or as few as you have time and interest for, we’ll keep the eBooks flowing as long as you want to keep on reading and reviewing! 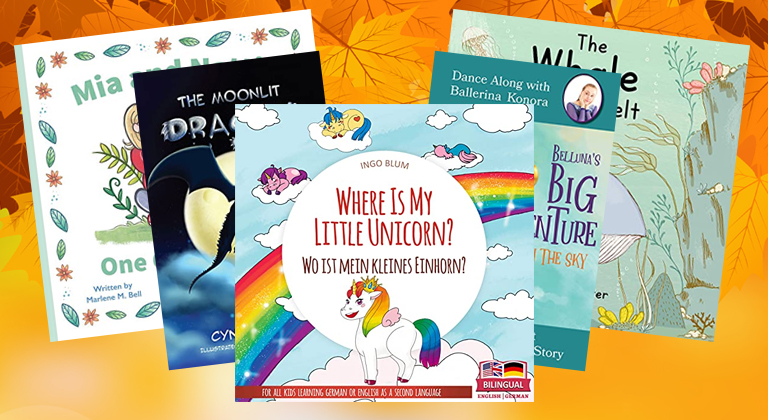 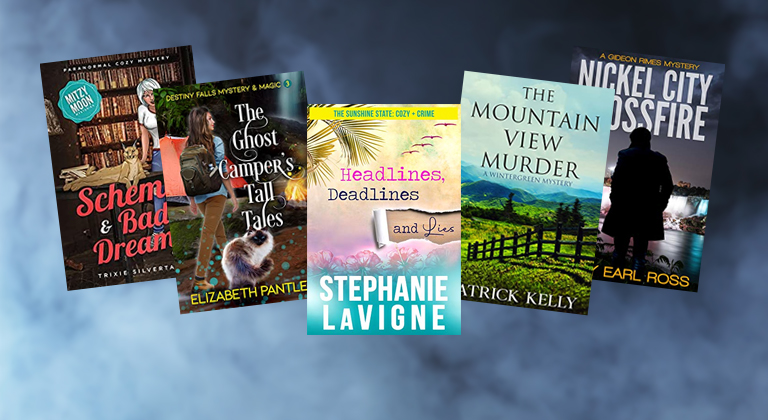