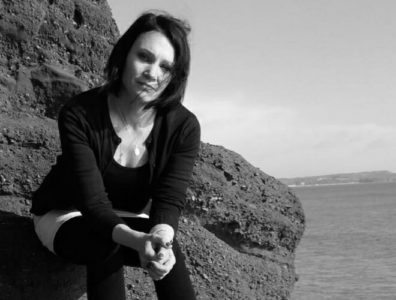 This week’s author spotlight interviews is with a soon-to-be-published author who took the traditional route of seeking out a publisher, rather than going it on her own. Morwenna Blackwood kindly indulged us with her thoughts on the journey that led to seeing her debut novel, The (D)Evolution of Us, hit the bookshelves.

HG: Okay, so WHO IS Morwenna Blackwood? As in, how do you define yourself? Where do you live, how many cats do you have, etc. etc.?

MB: I live near the sea in Devon, Britain, with two crazy kittens and a fat ginger tom. And a husband and son, obviously! Can I define myself as a questioner of everything? I’m not sure what I believe from one day to the next, but it makes for an interesting life- and some interesting stories!

HG: Okay, next question – how did you get into writing? What inspired you to put pen to paper, and what was the path here to your new novel?

MB: When I was 6, I got told off for writing a never-ending story about a frog. It went on for a week before they made me pay attention in lessons again… it’s just something that I’ve always done.

HG: When you were at school, what were you writing?

MB: I was writing about a gypsy called Khan, and a magical island called CerZel…

MB: Forest and mountains. There were unicorns, but unicorns weren’t cool then!

HG: Okay, so how did writing follow you through your teen years? And I know you went through a lot, what with OCD and depression. Your bio says Morwenna “spent her childhood and teens in libraries.”

MB: Writing was an outlet and an escape through it all. From time to time I’d burn my notebooks – 100s of them – trying to edit the past. Also, I had zero confidence, and libraries were good places to hide in.

HG: So, how did it feel to burn your writing? That must have been like burning part of yourself.

MB: Writing definitely helps. When I left uni, I spent 10 years travelling about working in dead-end jobs, but wherever I was, I joined writing groups and courses. I always had the dream, although I never really believed in it. Then, when I had a particularly bad patch, and was hospitalized for ages, I put a novel together, and self-published it.

Then, I saw Exeter Uni’s MA in Creative Writing, and was able to do that part-time, then I met Jenny and the gang, you were publishing all over the place, and I thought, you only get one life (as we know it?) and I don’t want to die wondering what might have been, or having spent my life hidden. So I did it.

The story kind of spilled out of me. It’s a good story, worth telling. The dark side needs to come to the surface – Mental Health/Illness awareness and all that. And people aren’t wholly good and proper. We are evolving animals, and life’s about balance.

I wanted to explore how the things we do can profoundly affect others, and how what we perceive to be happening isn’t necessarily what is actually happening.

HG: “What we perceive to be happening isn’t necessarily what is actually happening.” Isn’t that the truth? Okay, so how did the process of writing go. Are you a plotter or a pantster?

MB: I’m a plotter. I’ve got a million plots – I just need to put the flesh on the bones of them all!

HG: So, how did writing The (D)Evolution of Us go? How did you plot it out? How long did it take you?

MB: I wrote the bones of a novel for my Creative Writing MA  dissertation, and TDofU evolved from there. I had a premise and started writing, and although I sketched out a plot, it morphed as I wrote. Jenny Kane had an idea to do a novel-in-a-year course, and I was one of the first to sign up – TDofU was born!

HG: Where did you write? Do you have a space, or are you a laptop in Starbucks type?

MB: I write a lot in Costa. I’ll take a day off work and do 8hrs in there. I can’t get anything done at home because of the compulsions, and more recently because of the kittens!

HG: That’s so interesting about the compulsions. I’m really picky about where I write at home – but I can write in an airport, on an airplane, pretty much anywhere else. So, is The (D)Evolution of Us written in first person, or third person? And why did you pick that perspective?

MB: It’s written in the first person for protagonists Kayleigh and Richard, and from beyond the grave via a draft novel of Cath’s. TDofU is an intense novel, and is all about perspective, which is why I chose that perspective! Third person doesn’t come naturally to me anyway.

HG: Ooooh, GOOOD answer. So, how did you get into Richard and Kayleigh’s heads?

MB: TDofU kind of spilled out of me – did I say that already? – and I just knew them. Cop-out answer, but I’ve been trying to describe it for about 10mins now, and without getting philosophical and writing an essay, that’s the best I can do!

HG: No, I totally get that. I swear they’re real, our characters, and we are just conduits to record their experiences. It’s like tuning into a radio frequency and scribbling down what we hear through the static and trying to make some sense of it.

HG: So, why did you pursue the traditional publishing route?

MB: It’s something that I’ve always wanted to do. I want to see how far I can go. I also wanted the validation, if I’m honest! Also, Darkstroke were perfect because genre and the darkness, and they understood what I wanted to do.

HG: I’m softening my stance on tradpub because actually getting into physical bookstores is still one of the toughest things for a self published author.

MB: Yep. They have the contacts.

HG: Okay, so how did the process of getting published go? What did you do?

MB: I’m very lucky in that I’m part of a great local writing community, so I had advice and support.

I went through the Writers’ and Artists’ Year Book, read about all the publishers, visited their websites, and if I thought my novel would fit with work they publish, I followed their submission guidelines and submitted my manuscript.

After I’d edited it seven times, I had the manuscript professionally edited first, to give me the best chance of being considered. It really is amazing what you miss when you’re so close to the story!

HG: So, tell me about that – how deep did the editing process go?

MB: Well, the first draft was me getting the story out, then I rewrote it. There were plot alterations etc because I knew the characters better and I had something to build upon. At the same time I was polishing the phrasing and sentence construction. Then I made sure there were no timeline issues and that people who had blue eyes at the start had blue eyes at the end. Next was typos. Then I did it all again a few times because there is always something you miss.

Then I found an editor. He did a developmental edit, returned it and I made changes. It’s funny what you miss when you’re getting out what’s in your head – some of the songs and tv shows I remember from the era weren’t actually all out in the 2 year period of TDofU; and I’d even had someone pregnant after they’d had their baby! After that came the copy edit.

And I even made changes after that!

HG: So, you invested in all this before shopping your book to publishers? I’m really impressed, I think most writers are arrogant enough to think they don’t ‘need’ that level of editing (cough, cough, I used to be guilty of that.) That’s a lot of work with no guarantee of getting published. That must have taken a lot of faith (which paid off.) Tell me about that.

MB: I did it to give myself the best chance, and also because I wanted to produce the best piece of work I could. If I hadn’t edited my novel and had self-published, it probably would have been given crap reviews and wouldn’t have sold many copies. And I probably would have read it back one day and been embarrassed.

There’s an idea floating around that publishers are obsolete because you can do it yourself now – which is great and some people (like yourself) are doing it very well, and doing very well from it. But lots of people are not. Whichever route you go down, surely it’s your duty to produce the best work you can, even if you just get a beta-reader.

HG: You’re 100% right. It took five years of self publishing before I learned enough to make a living out of it. You bypassed all of that by doing it right, instead of trying to figure it out for yourself.

HG: Haha, your way was more right than mine. So, who are your favorite and most inspiring authors and books?

HG: So, what are you working on next?

MB: TDofU is the first in a planned series – I’m half way through the second and have sketched out the rest.

HG: So, what’s the best piece of writing advice you’ve ever received?

MB: The best pieces of advice I’ve had are edit it, read it out loud and get an editor!

HG: And what advice would you give a fledgling author?

MB: To a fledgling author? Write everyday. You don’t get to win a marathon by going for the occasional jog! And when you start, just let it come out – you can polish it later. And don’t give up if it’s your life’s ambition – I’m in my 40s now. Who was it who said that everything you do before you’re 40 is research? Keep reading. Always carry a notebook or similar. Also, it’s not a romantic dream – it’s hard work! Go for it and enjoy it!

Thanks so much to Morwenna for taking the time to speak to us – and remember, if you like books like The (D)Evolution of Us, or others from any of over 15 different genres, you can get invitations to read and review books FOR FREE when you sign up to Hidden Gems. 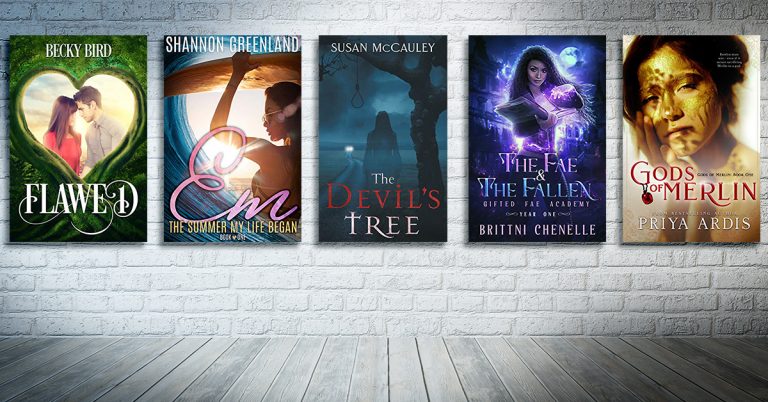 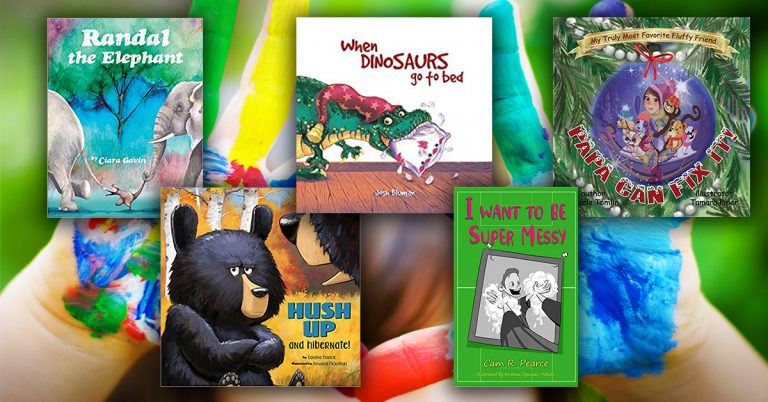 5 Books for Kids – For Bedtime or Beyond