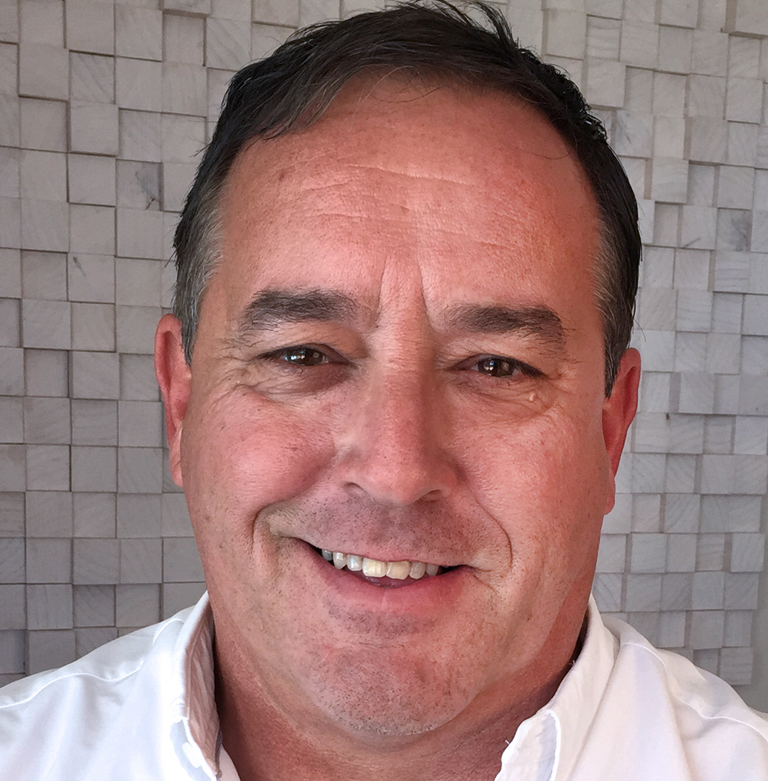 Today’s spotlight interview is with thriller author Stephen B. King. We were honored to have the opportunity to discuss his writing with him. Stephen often writes about the dark world of serial killers and it was absolutely fascinating to hear more about his writing process and inspiration.

SK: As an author I write character driven stories. For me, that’s the whole point, and the aspect I work hardest on. If I can get you, the reader, to invest in my character, feel for them, even worry for them; then hold on to my hand tightly – we’re going on a roller-coaster ride. You may not like some of my characters, some you may even detest – especially the serial killers I sometimes write about, or Dave, the protagonist in Domin8, but I will always show you the human side to them and explain why they became the monsters they are. I have had people say in reviews they found themselves almost liking the murderer and even feeling sorry for them. For me that is the highest praise.

HG: Wonderful. Tell us about your path to becoming an author. Was it always your dream job?

SK: I have always told stories, and always wanted to write. From my earliest school days writing horror stories and morbid poems about the end of the world and true love, I wanted to entertain. I left school at fifteen to become a Rock Star guitarist, and almost made it. For me getting into music was a vehicle to put my poems to music – very much like Jim Morrison did. Then real life got in the way, marriage, children and career. I pestered my long-suffering wife for so long one day for my birthday she and my children clubbed together and bought me a laptop and said, “Go and write that damn book.” So, I did. My first effort, Forever Night, was published at age 58 by a UK publishing house, and here I am fourteen published books later having loved every moment of the journey.

HG: Love that! Why thrillers?

SK: You know, I love a good thriller. One I can’t put down, or one I have to read just one more chapter of, but it’s 3am and I have to work tomorrow but I just need to know what happens next. These are the types of books I try to write, and hope upon hope I succeed.

HG: Where does the inspiration come from?

SK: Hehehe, this is my most asked question and because of that, in most of my books I add an Author’s note to give an insight. Mostly I think I suffer from an affliction I like to call ‘random thought syndrome.’ Often, like sometimes when I am driving to work, on auto pilot, a weird thought will pop into my head. With Winter at the Light, it was ‘the lighthouse keeper’s daughter.’ I have no idea where that thought came from, but the more I thought about it I could see a young woman, alone on an island lighthouse, tending it for her injured father, and a storm of the century comes, and brings with it an injured man on the run with no memory. With Glimpse, Memoir of a Serial Killer, book one of a planned trilogy of what has now become five books, it was again a random thought: ‘I was five years old when I first saw somebody bleed out.’ And so began the diary of a serial killer, and the hunt of a cop and beautiful criminal psychologist, while fighting their desire for each other.

HG: That’s fascinating. Tell us a little bit about your writing process. Has it changed since the pandemic? Where and when you write?

SK: I get up early to write, then go to work, then most evenings do some more. I took three months off writing recently, while editing rounds, and proof listening to my latest releases on audio, and only just got back into it. I’m back into it now and have discovered my writing has taken a sharp left-hand turn and is branching more into thriller/horror. God knows why, I write where the story takes me, and currently it’s taken me to a disembodied finger tormenting the man who murdered its owner.

HG: Do you listen to music while you write? What’s on your playlist?

SK: I can’t write and listen to music, though rock music is a massive part of my life and has been since my teens. I am a devout follower of guitar driven rock and blues.

HG: Very cool. Do you have any interesting writing quirks?

SK: Sad to say no, I don’t think I do. I get these random thoughts, as I mentioned previously, then write forward from that point in true ‘pantster’ style. Then I try to fix everything on re-writes and editing, often changing the order of chapters even to make it flow from the reader’s perspective, rather than my own. 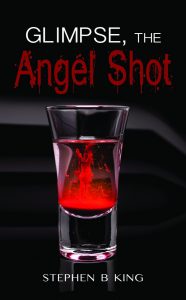 HG: Can you tell us about your latest release? What kind of readers would enjoy this story?

SK: My latest is called Glimpse, the Angel Shot, weirdly this is book 4 of that trilogy I mentioned and is released after book 5; a novella called Glimpse, the Dinner Guest due to publishing schedules. The Glimpse series showcases separate police investigations, utilizing the profiling skills of a glamorous psychologist while at the same time, providing ‘glimpses’ into the mindset of the murderers to show why, and how, they became the killing machines they did. The series also highlights the attraction between the protagonists as they resist the desires they harbor for each other while each suffering in their dysfunctional marriages. People who enjoy psychological thrillers will love this series and I am very proud of the reviews to date.

HG: Awesome! For someone new to your writing, which book do you recommend they start with and why?

SK: Boy, tough question; I have fourteen published. For pure thrillers, try the Glimpse series, but if romantic thrillers appeal I recommend Winter at the Light, set in 1955 on a remote lighthouse during a storm of the century, or Thirty Three Days, winner of three literary awards, which is about a 65 year old woman who gets the chance for her consciousness to come back in time thirty three years to inhabit her younger body in an attempt to stop a young biologist from releasing a strain of genetically modified wheat which will in the future wipe out all plant life and cause the extinction of everyone. In the past she finds true love but can only stay for thirty-three days.

HG: That’s helpful! Any projects currently in the works? What can you tell us about those?

SK: I am working on Glimpse 6, called Glimpse, the Highway to Hell, and also a break from my usual genres, a story called Perfect Strangers, a dramatical thriller set during a depression in a community of homeless people.

HG: Oooh, awesome! Switching gears, what do you like to do when not writing?

SK: I work long hours managing a large Kia Dealership, I have a wife whom I adore, and we renovate houses together. People often ask me, “When do you find time to write?” My answer has always been the same, I will always find time for my passion, and that is to tell stories.

HG: Love that. Lastly, if you could ask your author idol one question about their writing, writing process, or books, what would it be?

SK: My all-time favorite books are by fellow Australian, Michael Robotham; the Joseph O’Laughlin series. Throughout the finest example of writing I’ve ever read, he takes us into Joe’s life of a clinical psychologist, who occasionally works with the police, and who suffers from a worsening case of Parkinson’s Disease. Never has an author made me laugh, cry, and hate the author for the emotional ride he has taken me on. I wrote to him once, never expecting a reply, yet he did write back. He was very gracious and I enjoyed his email. He explained about getting the reader to feel the journey the protagonist is on, because all heroes are fallible, and human.

HG: Nice! Thanks so much for your time and allowing us to get to know you better, Stephen! For readers that want to find out more about your stories and future projects, where should they go to connect or learn more?

SK: My email is stephenk8@me.com or find me on Twitter or my Amazon author page.

Readers in the Hidden Gems ARC program enjoy thrillers from authors like Stephen B. King, and many more in over 15 genres. If you want to read more, for FREE, just sign up for the Hidden Gems ARC program. Each morning we send out offers for books from any of the genres you’ve chosen to hear about and selected readers will be sent those eBooks to read and review on Amazon. 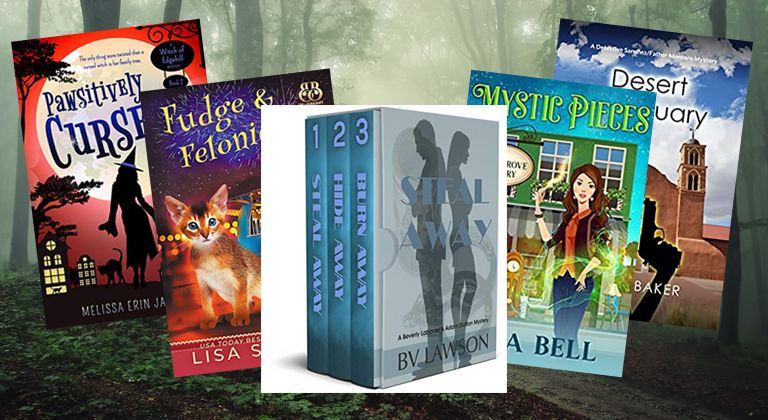 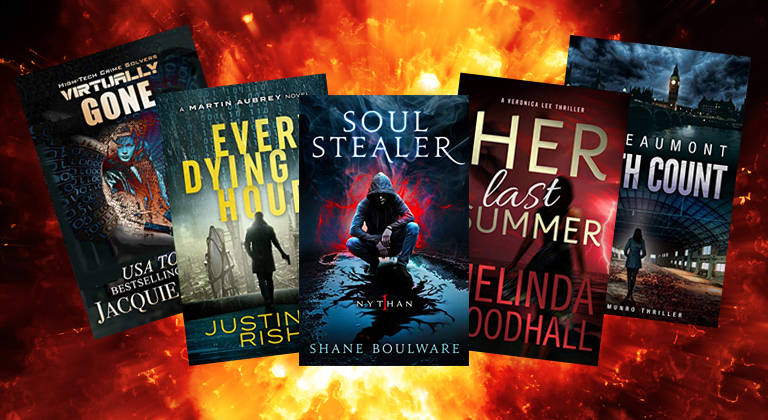