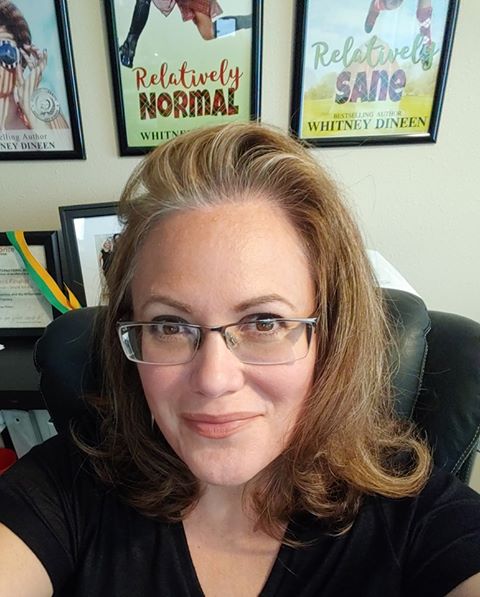 We’re continuing our series of Author Interviews this week by chatting to Whitney Dineen, the talented and multifaceted author of The Wilhelmina Adventures, The Mimi Chronicles and many more awesome books! With her first thriller due to hit the digital bookshelves July 1st (available now as a pre-order for 99 cents), it was great to catch up with Whitney and learn about her inspirations and ideas.

HG: So, who IS Whitney Dineen? In her own words!

WD: I’m a bit of conundrum really! If you asked ten different people who I am, you’d probably get ten different answers. That’s because I like to explore all sides of life. In my personal life, I’m a wife, a mom, a gardener, a baker, and kick-ass Scrabble player. As a writer, I’ve always been drawn to romantic comedy, but the voices suddenly started branching out into new directions. I’ve let them take the lead and have just written my first conspiracy thriller.

HG: How did you get into writing?

WD: I was a plus-size model for twenty years. As such I had a lot more down time than I would have if I’d had a normal 9-5 job. So, I read, a lot. Four to five books was my norm. I didn’t plan to be a writer, but I got really mad at one of my agents. Side story: my husband and I had just written a show for the Food Network, which was like I Love Lucy meets Monty Python meets a cooking show. The network offered us an unprecedented amount of money to do it, but our production company said they needed more. My agent dropped the project… hence my mad! Anyway, I sat down one day to set my anger loose on paper (well, computer) and wound up writing a book! I thought it would be about a horrible agent (which mine wasn’t, I was just mad), but it turns out it was another story entirely. Enter the beginning of my writing career! I tend to let the voices have free reign in my writing. Whatever story they want to tell, I let them. I just write them down.

HG: “I Love Lucy meets Monty Python meets a cooking show”? I want to watch that!

WD: I want to watch it too! Sadly, it never got made.

HG: You need a Kickstarter so you can put it on Netflix or YouTube!

WD: Oh my goodness! I’d need another twenty-four hours in the day then. My life is full right now. I have two daughters (8 and 10) who are off for the summer. It’s busy to say the least!

HG: Okay, so when you were a model, were you based in New York? I notice a few of your books are set there and you write about it with the level of detail that made me suspect you’d lived there!

WD: I started my career in Chicago at 18 when I was in college. I moved to New York at 20. Then my husband and I got married and moved to Los Angeles. We were there for 18 years before moving to Oregon.

HG: Okay, so tell me about your writing process! You said you kind of give the characters free rein, which I always think is the BEST kind of writing. Do you plot things out beforehand in detail? Or are you, what’s the expression, a pantser?

WD: A pantster – a writer who flies by the seat of their pants? I think my picture is next to the definition in the dictionary!

I never plot and if I try to hard to think about what’s coming next, the story dies for me. I just kind of open the channel up. Then, as I’m writing, I’m like, “Oh wow, I didn’t see that coming!” I read it for the first time as I write it. Then my editor gets a hold of it and reigns me in a bit if I go off in too many directions.

HG: What was your introduction to reading?

WD: Ah, my introduction to reading was a rocky one. I had a learning disability as a kid. I could read, but I had zero retention. Hence, I didn’t love to read. I didn’t start to outgrow it until I was in my early teen years. Once that happened, I couldn’t stop – although I had a lot of lost time to make up for. I was in honors classes in high school and had to read The Brothers Karamazov 8 times to everyone else’s once to retain it. When I started reading for pleasure, it was a no holds barred free for all. I read Dean Koontz, Michael Crichton, Fannie Flagg, Maeve Binchy, Sophie Kinsella then I got into books like The Dancing Woo Li Masters and The Elegant Universe. I just wanted to read and learn and explore and adventure.

HG: In terms of your writing… Do you write every day? Do you have an office? Go to Starbucks? How do you get into the zone?

WD: I write when the spirit moves me– which lately is about three books a year. I have an office and I write solely on a PC. I know, I know, totally archaic. Getting in the zone is the voices saying (I’ve nicknamed my muse– Bernadette) “Get out of bed NOW!!! We’re writing.” Normally, Bernadette does this before 5 a.m. and that’s how it goes. We get up anytime after 4 a.m. and write until it’s time to get the kids off to school, or up for camp, or fed, or whatever — depending on the time of year. A first draft comes out within 3-5 weeks.

HG: Where do you write? Do you have a desk? A writing place? I always love learning about the different places writers write.

WD: I write at a desk on a PC. It’s not the most interesting, but I save the interesting for what comes out of me. This thriller in particular is pretty wild.

HG: Speaking of – what inspired the shift to thrillers?

WD: I love conspiracies or all kinds– I love Carl Sagan, Albert Einstein, fractal geometry, quantum physics and aliens … I just love anything that’s bigger than our common everyday focus. So when Bernadette said, “We’re writing a thriller– shut up and go with it.” I did. I also love deeply moving emotional journeys. This book encompasses all of that.

HG: Can you give any spoiler-free clues about the “extraterrestrial threats” in your thriller?

WD: The extraterrestrial element in this book, while present, isn’t the main focus. Yet, you definitely need to be open to the idea that mankind isn’t the end all – I mean with billions of inhabitable planets in each of one of billions of galaxies, if you think we’re it, this book isn’t for you!

HG: Let’s circle back to your ‘muse’ – WHERE did “Bernadette” come from? I find that so fascinating!

WD: Ha, Bernadette showed up during a two year process I had doing hypnotherapy. I started it while I was in the throes of multiple miscarriages looking for a way to deal with my grief. Anyway, all these cool things happened during that time – of which Bernie was one.

HG: My impression is that your writing career really hit its stride with the first Mimi Chronicles book. Why did that take off, do you think?

WD: I think it’s because Mimi is every woman. She’s insecure, she’s funny, she wants to feel special, she hates aspects of herself, but loves herself at the same time. Everyone can relate to her. She also has a bunion she’s named Edith Bunker. Most people get that and love Edith, but if you want a laugh, check out the most-liked review on Amazon. The reviewer is simply appalled by Edith. It makes me giggle!

HG: That’s one heck of a review! “Edith Bunker as a talking bunion? The author totally lost me when Mimi’s bunion began to talk to her in the grating voice of Edith Bunker!” I think that’s hysterical.

WD: I am definitely not the author for people who take life too seriously!

HG: People who take life too seriously are tedious! So – you’re two books into the Relativity series. Will there be a third?

HG: What inspired the Masterton clan?

WD: The Mastertons are hoot! I love them like my own family. They live in the town of Gelson in Central Illinois, which is inspired by the small town of Gibson City where my family lived for several years during my youth. This family is nuts. They unabashedly march to their own tune. Nan, most people’s favorite character was by-and-large inspired by my mother – who also very much marches to her own tune.

HG: The best kind of people always do!

HG: What’s the best piece of advice about writing you’ve ever received?

WD: Don’t censor yourself. That’s what the editing process is for. Just let your inner Bernadette free and see what happens.

HG: Where is Bernadette taking you next, do you think?

WD: Next is Relatively Happy, then the 2nd book in my Kate Randolph thriller series … then? God knows. I have a middle reader series I’m going to finish. Two books are out, but there are four more that are 80% done. My girls are after me to get the rest of the series published!

HG: That’s the Wilhelmina series, right? Where did THAT spring from?

WD: I’m not sure where Willy came from. I think maybe because I missed those reading adventures growing up, my inner kid needed to experience them!

HG: I love how you struggled with a learning disability but not only overcame it, but became an avid reader AND a successful writer!

WD: Really, if there’s anything I’d tell people it’s that your obstacles are nothing more than opportunity. I know this all too well!

HG: Okay, so where can interested readers find out more about you?

Thank you so much to Whitney for taking the time to chat to us! Remember – if you like the sound of her books, check them out AND remember that you’ll receive FREE books from authors like her, plus writers from many other genres, when you sign up to Hidden Gems. 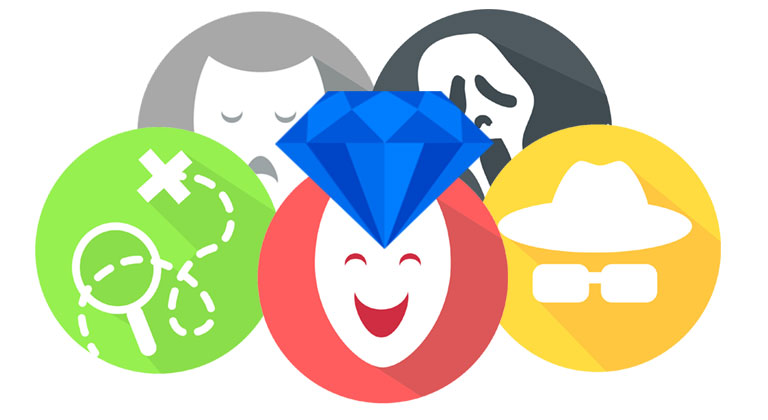 We Have ‘Hidden Gems’ from Every Genre! 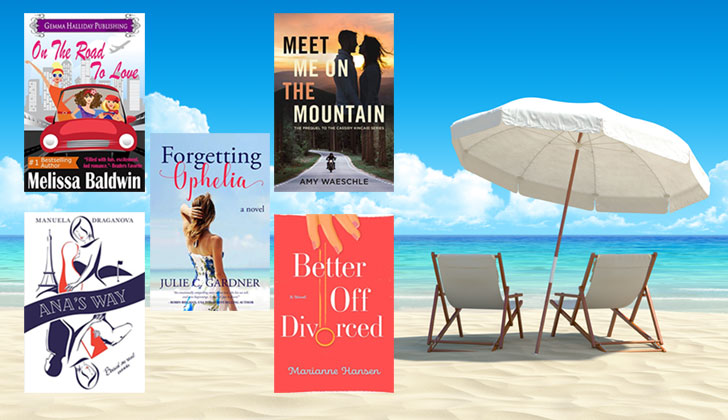