Is Your Freebie Lead Magnet Costing You Money? 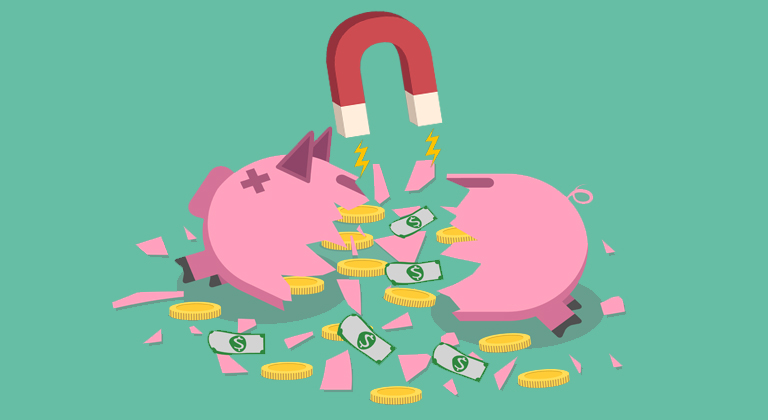 Generally when you advertise your book, you’re paying to show your ad to people in the hopes that they’ll be interested enough to click and buy it. That’s why you have to be very careful to show it to the right people, otherwise you’re simply throwing your ad dollars away. Ad platforms like Facebook let you build your audience from an existing list you provide, and many authors instinctively turn to their own mailing list of fans as the source for that. In some cases, that may very well be the best list to use, but depending on how you drew people to sign up in the first place, it may actually be just the opposite…

Advertising your books on Amazon is a complex process. It might not seem like it, but there’s a veritable Rube Goldberg Machine going on behind the scenes that you can only hope will convert the people who see your ads into people who buy your books.

What do I mean by that? Well, think about it.

Firstly, somebody’s got to see your ad (an Impression.)

Then, they’ve got to be so inspired by it, they Click on your ad.

This way, they become Traffic to your Product Page on Amazon – where they’ve got to be convinced by your blurb, your Look Inside, and your reviews into actually clicking Buy Now. (That’s called a Conversion.)

It’s almost like a rickety conveyor belt – with each step in the process carrying a potential reader one step further toward their destination (which is that Buy Now button.) But there are a lot of places that machine can go wrong.

I’ve written about some common malfunctions before. Normally, when I help trouble shoot an author’s less-than-successful advertising, it’s the Product Page of their book that I look at. After all, if there’s one theme to my blogs about advertising and marketing, it’s that conversions are the most important part of the process – and by conversions, I mean converting traffic to your product page on Amazon into paying customers. I wrote a blog all about that here.

But sometimes it’s not your product page that’s the problem. You can get everything about your book right – the perfect cover, the most nuanced blurb, and the tightest Look Inside – but you’ll still not get any sales if you’re not getting the right people to look at it!

And that’s what I wanted to talk about today – how important the Audience for your advertising can be.

What is an Audience?

The Audience for your advertising refers to the people you want to see your ads. In Advertising on Amazon, you define your audience through Targeting – picking authors, categories, and specific book titles that you think your potential readers might be interested in.

On Facebook, you can create an Audience by selecting Interests when you’re setting up your ad – generally achieved by selecting Facebook users who’ve expressed an interest in other authors in your genre (like fans of Lee Child if you write thrillers, or Stephanie Meyer if you write paranormal romance.)

The more effective way of creating an audience, however, is through generating a Lookalike Audience, based off people who’ve expressed an interest in your books. For authors with a mailing list, for example, the emails from that list can be entered into Facebook and they’ll produce an Audience based off an algorithmic analysis of your readers.

When this process works, it’s difficult to overstate just what a difference it can mean to your advertising. I remember the moment when I’d finally got enough subscribers to create a Lookalike Audience (you need a minimum of 100 email addresses, all linked to a real Facebook account.) It took the price of my clicks down from $1.00 each to $0.10 each; and paved the way for me successfully publishing and launching my first best-seller.

But I’m here today to warn you that not all Lookalike Audiences are created equal – and if you’re not using the right list of readers to generate that audience, you could be shooting yourself in the foot.

Not All Audiences Are Created Equal

The most important thing to know about any Lookalike Audiences you create is that they’re based off profiles of real people – and they’re people who do more than just buy books off Amazon all day.

The crazy connections that Facebook can make between your readers is mind-boggling. There are links in patterns and behavior that no human being could ever see a connection with – from the TV shows your ideal audience watches, to the number of pets they have. The sheer power of Facebook’s audience generating algorithms is actually quite scary when you think about it, because they can put your ads in front of real people with an astonishing amount of accuracy.

But that accuracy can be to your detriment if you’re not careful – especially when it comes to the buying behavior of your target audience. If you create a Lookalike Audience based off people on your mailing list who won’t buy your books then that reticence to spend money is going to be replicated at scale in your Lookalike Audience.

How? Well, because that’s just one more aspect of your intended audience that Facebook’s algorithms can target with superhuman accuracy. You’ll only get out what you feed in – and if you’re feeding Facebook an audience of people who don’t spend money, that’s exactly the way the audience they generate for you will behave!

But Wait! My Subscribers!

I know what you’re thinking.

“But my subscribers love my books!”

And to a certain extent, that’s absolutely true. After all, nobody signs up to an author’s subscriber list unless they like what they’re reading. There’s no doubt that the email addresses on your subscriber list all belong to people who like the books you’re writing.

But would they pay money for them?

That’s the big question – and many authors might not like the answer. I know this first hand, because I discovered this uncomfortable fact when I tried generating my first Lookalike Audiences based off subscribers to my mailing list.

At the time, the majority of them didn’t buy books.

Like, at all. I had nearly 9,000 subscribers at one point, but when I tried to generate Lookalike Audiences based off them, I never seemed to generate any sales. I couldn’t understand why until I started to think about just how these people came to be on my subscriber list in the first place.

They normally came for a free book.

Yep, like many authors who take their career seriously, I sweetened the deal when I lured readers to my sign-up page by offering them a free book. In this case, it was a download of the first book in my MC romance series. I got tons of subscribers organically and by advertising this free book on Facebook – but none of them ultimately converted into valuable repeat customers.

And why was this? It’s because they’d only joined my subscriber list because I was offering them a free book.

And that’s what they wanted – something free. These readers were used to getting all the reading material they could possibly churn through for free because so many authors are giving away free books as ‘Lead Magnets’ to attract new subscribers.

But the problem is: This thirst for free books isn’t just limited to the sign-up page. By using free Lead Magnets to attract readers, authors end up attracting readers who never pay for books.

And why should they? I mean, let’s be honest – with so many Lead Magnets being advertised, plus an almost limitless amount of books being given away for free on Amazon thanks to KDP Select’s Free Book Promotion tool, why would anybody ever pay for reading material? You could read free books for life and never have to pay a thing!

But that doesn’t help me very much, does it?

It was only when I started to be a bit more selective about the email addresses I entered into the Facebook algorithm to generate my Lookalike Audiences that things began to change and my advertising started consistently delivering Conversions.

It was fairly simple to do, but had a massive impact on my advertising. I simply sent out an email to my subscribers promoting a book they’d have to pay for; and then I made a record of every email address that clicked on that link.

It was a humbling number. Normally I’d have over 1,000 subscribers click on any links I promoted (which normally linked to books I was giving away for free.) When I told my subscribers that this book cost money, less than 200 clicked on the link – but at least I knew those 200 subscribers were people who remained interested in my book despite knowing they’d have to pay for it.

That’s what made all the difference. These were paying customers. And so it was from those users that I generated my next Lookalike Audience from.

The impact this approach had on my advertising was stratospheric. As I wrote about recently, this new audience generated me $600 in book sales from just $60 in advertising costs because I was reaching out to people who were willing to pay money for books. That, in itself, was huge.

Reaching out to the correct audience ended up being just as important as fixing my Look Inside and tightening up my blurb, and it’s what ultimately led to me being able to advertise profitably – and the same will be true for your books.

So be strategic when you use your subscriber list to generate a Lookalike Audience. It might even be worth scrapping the Lead Magnet approach entirely and just generating a list of people who signed up for your mailing list organically. It takes so much longer to generate a subscriber list this way (so, so much longer) but if they’re willing to put their money where their mouth is, it might definitely be worth it.

Getting your target audience right is vital, especially on Facebook – so think very hard about their buying behavior before you hand Facebook money and ask: “Show THESE people my books.” 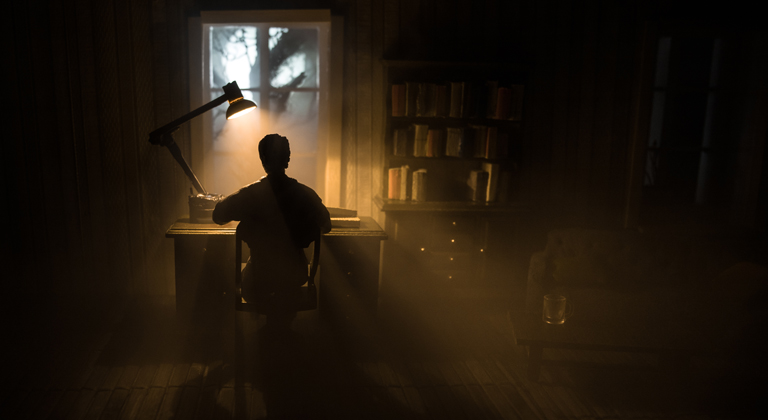 What can Stephen King teach us about writing? 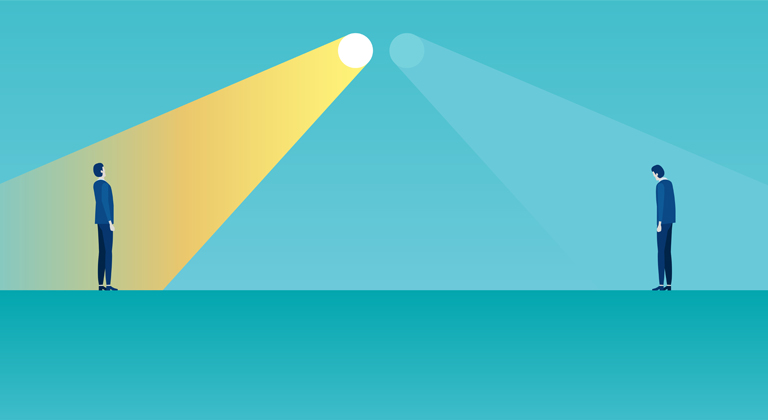 Lee Child on the Flexibility of Point-of-View