ONE MORE THING that may be killing your Amazon book sales! 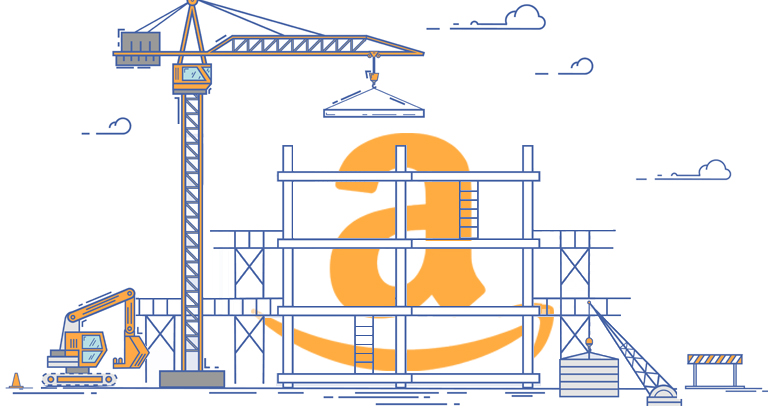 If there’s one thing for certain about Amazon, it’s that they’re reliably uncertain. And while it’s true that they just about single-handedly created the industry, it’s only from their ruthless and monopolistic practices that they’ve maintained a strangle-hold over it. Sure, other online store fronts still exist, but very few authors make a living from those alone, while many do very well selling exclusively on Amazon. The unfortunate side-effect of this is that when Amazon moves the goalposts, you need a strategy to keep up. If you’ve been around for a while, you’ve probably already learned this lesson but if you’re new to writing, it’s a lesson you have to learn fast in order to survive and thrive. Here’s Ginger with the latest change you may see affecting your sales.

I recently received an email from an author who’d “given up.” In a message he sent to subscribers – one entitled ominously “the End” – he wrote about how Amazon had tweaked the way books were sold to the point that he was no longer able to make a profit, even with advertising, and he was “retiring from writing.”

I’ve asked this author if I could share his exact words – and I’ll post them here if he does – but, in short, the effort of selling his books had overwhelmed his desire to write them; effectively ending his writing career.

That is not the first time I’ve heard this complaint – and if you’ve got any friends in self-publishing, you might have heard it from them, too. The fact is, Amazon is the only game in town when it comes to making a living as a self-published author, but they certainly keep you guessing when they make “tweaks” to the system.

What do “tweaks” mean for authors?

Recently, I noticed this myself. For several years I’ve been using the KDP Select “Free Promotion” tool as one of the most powerful marketing tools I have – paired with a spend on newsletters which put my books for FREE in front of tens of thousands of potential readers. I’ve explained a little about how this strategy works here.

The problem is, a strategy that used to comfortably keep three months of books sales churning (enough time to write my next title) started to diminish in effectiveness as time went on. The number of free copies of my books distributed remained the same, or higher – but the number of book sales that translated into steadily diminished as time went on.

Why is this? It’s because the free promotion strategy is reliant on a ribbon of algorithm content called the ‘also bought’ section – which used to be right at the top of a page, underneath the blurb. It was the prime real estate for authors to be included in, because it had a massive click-through rate. 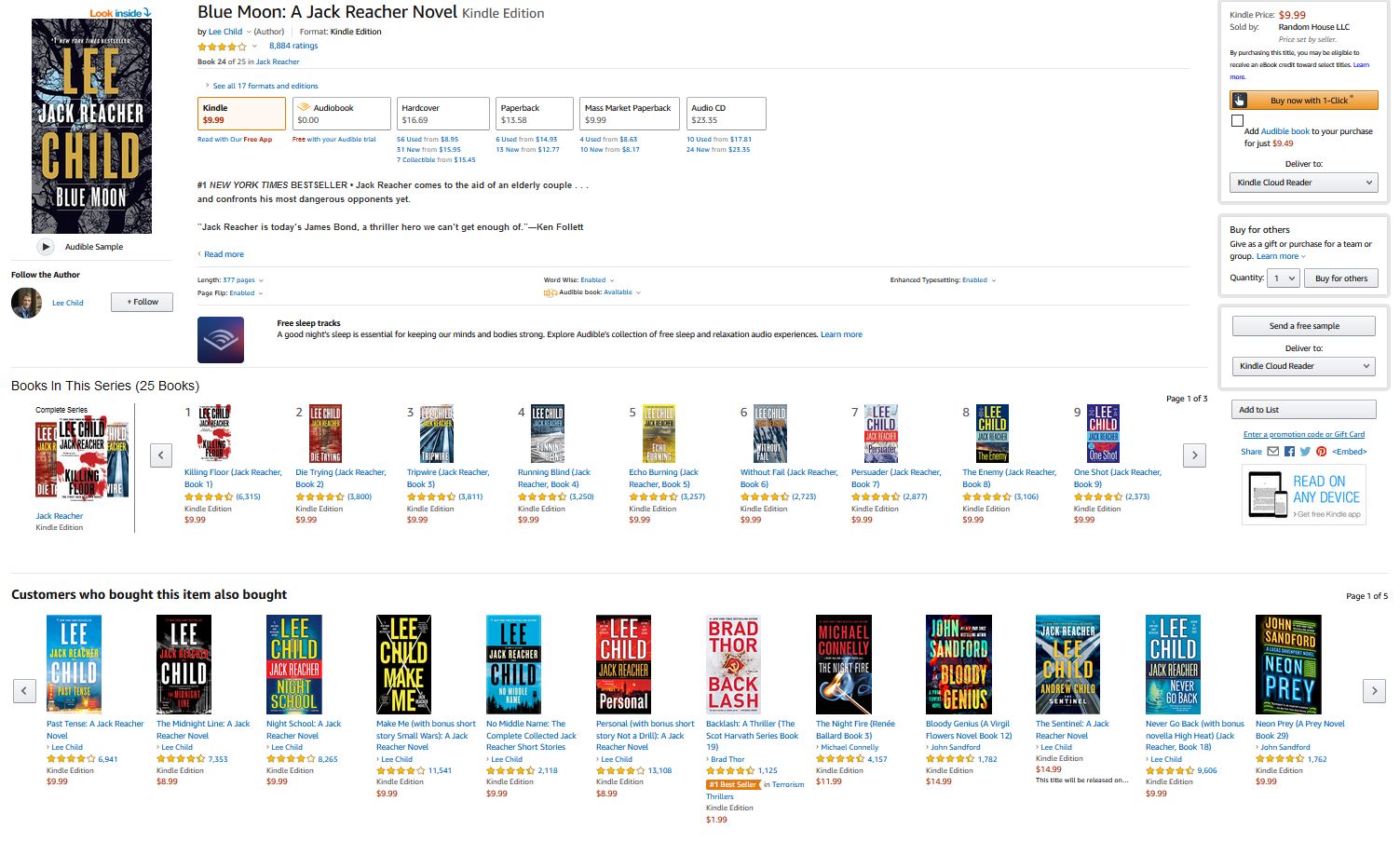 It was so successful, that when Amazon created Advertising on Amazon they created a virtually identical ribbon of traffic called “Sponsored Content” which lived right underneath the Also Bought section – making it easy for readers to think that those books were also ‘Also Boughts‘ and click through them, as well.

The difference was, real Also Boughts are generated organically, while it’s pay-to-play with Sponsored Content.

I noticed this shift in early 2019, and I also noticed it knocked off about 30% of the return on my previous strategy. That was enough to instantly force many independent authors to start polishing up their resumes and start looking for jobs again.

This has continued to be a problem for some time, but recently Amazon went further. The last time I ran this style of promotion on a book – and it was the best book I’d ever written, with an amazing cover and blurb, and hundreds of positive reviews – I found I received only 10% of the sales that this strategy had reliably delivered for over 12 months.

Why was this? Because Amazon had moved the goalposts yet again – this time moving the Also Bought section in the Chrome browser all the way down to the bottom of the product page: and I mean ALL the way down.

Do you see them? They’re all the way at the bottom – effectively making them useless for marketing and promotion. The Also Bought remain in place on Firefox, but given that Google’s Chrome browser has a 60% global market share, you can see how devastating this shift is.

Basically, Amazon has killed that style of promotion. They’ve killed the effectiveness of the KDP Free Promotion. More than that, they’ve killed dozens or hundreds of newsletters that used to help authors get their free books downloaded. It’s devastating.

If I’d been in the same situation I was last year when Amazon made this change, I might have given up too – but as Ernest Hemingway said: “A man (or woman) can be destroyed, but never defeated.”

This change is unwelcome, disruptive, and has devastated the fortunes of some self published authors – but only the ones unwilling to evolve.

Why did Amazon make this change?

Those of us who’ve been in the self-publishing industry for a while will know that Amazon loves making changes – and we’re often at the receiving end of them. Perhaps the biggest was when they introduced Kindle Unlimited – like Netflix for books – which gave participating authors a share of the communal fund for every book they sold.

It used to be paid out on the basis of sales – so if somebody downloaded your book, you’d get paid; making it much more profitable to pivot from full-length fiction to shorter books that paid the same for each sale.

This was later changed to payment per page read – which led to a huge scandal when authors began to ‘stuff’ their books with other books; turning a 300 page novel into a 3,000 quagmire of copied and pasted content.

As an author, this impacted me massively – giving me some of my best months ever, followed by some of my worst. Through it all, though, I adapted – and the way I did so was to think of why Amazon might be doing this.

As the worlds largest retailer, Amazon focuses on customer satisfaction – and the way that authors had ‘adjusted’ to profit off these new systems was giving readers a bad customer experience. With the first iteration of Kindle Unlimited, their shelves were suddenly swamped with 20-page stories because those were the most profitable to write and sell. When the new iteration came in, readers found that the single book they’d downloaded was stuffed with many more – some over 1,000 pages of ‘bonus content’ that the reader didn’t ask for, or want.

Since then, Amazon has ruled that only 10% of a book’s length can be ‘bonus content’ – which sucks for authors wanting to make a quick buck, but rewards those who are invested in writing top quality books. This is the golden rule: The only way to always survive Amazon’s changes is to focus on writing the best book your reader can buy.

Show me the money!

That being said, let’s not pretend that profit wasn’t a part of this, too. Amazon used to be giving away the best real estate on their product pages for FREE with the Also Bought section. Now, they’ve tucked that out of the way – so if you want your book to be seen, you’ve got to pay.

It’s my firm belief that advertising now offers the only effective way to be a competitive self-published author – whether on Amazon itself, Facebook, Bookbub, or anywhere else. Many of the old tried and trusted systems are now obsolete, and every author has to master advertising if they ever want to stay in business.

But advertising is hard! If it wasn’t, everybody would be doing it! But, then again, so is writing – and one of the cruxes of successful advertising is to have a decent product to sell. If you have a bad book, with a bad cover, and a bad blurb – it doesn’t matter how much advertising you do, you’ll never sell it.

If you have a good book, though, and can figure out advertising, this is the greatest period for self-published authors in history.

Amazon will continue to make tweaks long into the future, but we’re approaching the home stretch. By making advertising such a key component of successful self-publishing, it removes a lot of the authors who were in it for a quick buck, or who lacked commitment to their books. It has cleared the path for authors who are serious about their writing to succeed by clearing out a lot of the people who were only in self-publishing to game the system.

However, it also created an almost impenetrable roadblock for new authors – authors who lack the knowledge, experience, or money to embark on meaningful advertising, or who don’t know how to take it to the next level.

It’s difficult – and, in the case of the author I mentioned in the beginning of this article, sometimes even enough to make you consider quitting.

But that author was wrong – deeply, deeply wrong.

For thousands of other self-published authors, they’re still making money. Each time Amazon shifts its goalposts, a small percentage actually get richer. There’s no question that many, many successful self-published authors continue to succeed on Amazon, so for this author to say the shift makes writing ‘unprofitable’ is clearly, factually wrong.

So, you can give up like him – or you can pull up your socks, do some critical self-examination, and decide for yourself whether being a successful writer means you’re willing to make the commitment to learn, improve, and embrace the uncertainty.

The authors who focus on giving their readers the best experience possible are always the ones who come out of these shifts the best – because their goals align with the motivation behind Amazon making these changes. Either follow their example; or watch them succeed from the sidelines. The choice is yours.

If you really don’t know where to start with marketing your books – especially now – then we might be able to help. In addition to all our blog posts on advertising and marketing your books, we have a wide range of author services that can help lift your product and profitability to the next level. Go and check them out! 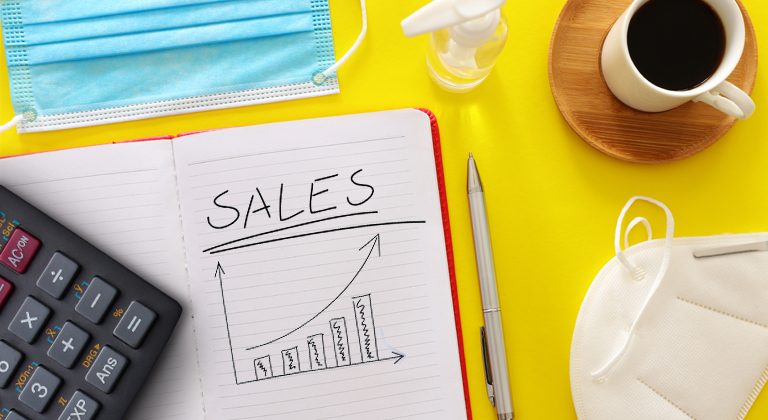 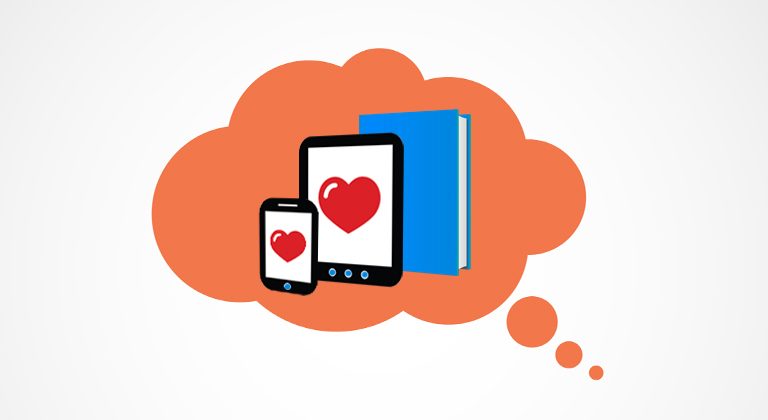