Highly Rated Romances To Cozy Up With This Fall 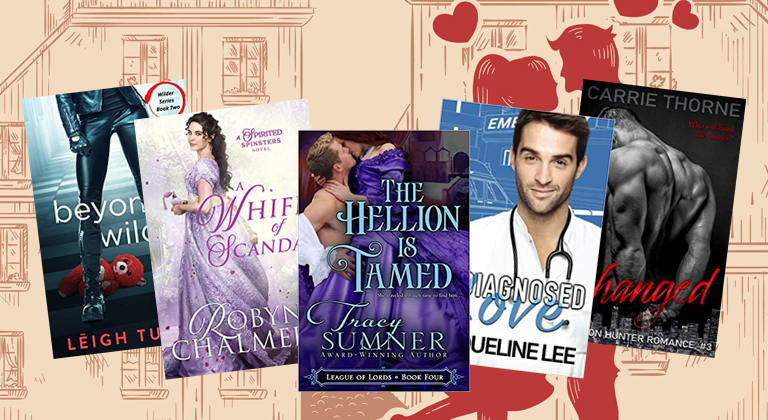 Romance is the most popular genre in the Hidden Gems ARC program and our readers love the chance to dive into new reads, generally before release. Today we’ve rounded up five of the most highly rated romances that our readers enjoyed recently. We’re sure you’ll want to add these to your TBR list this Fall!

The Hellion is Tamed by Tracy Sumner

The Hellion is Tamed is #4 in the steamy Victorian series Publishers Weekly calls, “A superpowered twist on Victorian romance!” In this scandalous story,  passion defies time and love conquers betrayal.

“The Hellion is Tamed by Tracy Sumner is another heart tugging, riveting entry in the League of Lords series,” raves C. Sinclair in their 5-star review. “Emotionally engaging and lyrical in its execution, the writing both astounds and satisfies this reader’s expectation. Haunting and at times tragic we follow the story of Simon Alexander from his painful childhood to his rescuing and acceptance into a family of now his adopted brothers each of whom are gifted with supernatural abilities as is Simon. But Simon’s life has also been haunted by a mysterious female time traveler who has stolen a mystical gem from the League and he is determined to get it back and find her. Simon’s path has been devoted to gaining the knowledge that will aid him in succeeding with those plans. This book was absolutely one of the best historical, paranormal romances and a feast for the senses in all ways. I was thoroughly engaged with the expertly crafted characters, a plot that flowed smoothly from scene to scene and to the subsequent connection formed between the two leads once they encounter each other, and they most assuredly will encounter each other, kismet. All told this narrative coalesces into a profound and wonderfully executed story.”

Gwen L. writes in her 5-star review, “Tracy Sumner’s League of Lords series is the perfect amount of paranormal for me — no vampires, witches or shapeshifters, just normal gifts like visions from touching objects, reading minds and psychical healing. I enjoyed revisiting the other three couples from the series and watching how Emma and Simon relate to them. The romance between Emma and Simon was deep and beautiful — each willing to sacrifice for the other. This was a wonderful end to a delightful series — I’m actually hoping that Sumner decides to find others with paranormal gifts to enlarge the League.”

Second chance romances aren’t just for humans. Unstoppable demon hunter, Bennett is the first to dive into the fight. But he’s also the first to admit that the strategy doesn’t always go his way in this action packed 4.6 average star rated paranormal romance.

“I love Bennet and Adair!” says Kindle Customer in their 5-star review. “I was rooting for them the whole way. Even though this is the 3rd book in the series, it was my first read. That being said, it reads beautifully. It has enough setting and back story to hint at what led to this without giving too much away. I definitely want to go back and start from the beginning now!!! It’s a fresh twist on the usual paranormal fare that we love. It’s great that Carrie writes it from Bennet’s perspective. It goes back and forth a little, but most of it is from him. Which also was a nice change of pace. I’m excited to get to know the other characters better in the other books. You won’t want to miss this series!”

“I loved this book!” exclaims B. Thompson in their 5-star review. “Perfect paranormal mix! Adair and Bennet are my new favorite couple! A few centuries old vampire Adair meets a young hunter, Bennet, and has a few fun nights. After being caught in a compromising position she leaves. Years later and Bennet finds himself in some trouble only Adair can help him with. While navigating his new life Bennet tries to convince Adair to give their love a chance. This book is a HEA and can be read as a standalone. However I guarantee after this you’ll want more so you’ll check out the first book in the series like I did!”

A Whiff of Scandal by Robin Chalmers

With an astounding 4.8 average star rating on Amazon, this sweet regency romance is one you’ll definitely want to spend the weekend with.

“This book was good from beginning to end. I thought the plot was clever,” writes Renae M. in her 5-star review. “The characters are witty and charming. I liked how Daphne turns her experiences into perfume ideas. This book definitely held my interest. It was a sweet love story, I hope there is another story for her sister in the future.”

Jamie B., Top 50 Reviewer raves in her 5-star review, “Regency is my absolute favorite subgenre of romance. This is a romantic suspense on several levels, as the heroine is keeping a pretty big secret from the hero… her identity as a mysterious perfumer. There’s also the largest suspense of the book—much of the hero’s business inventory is being stolen—sometimes even as it travels the short distance between the docks and his warehouse. Is it her erstwhile father? One thing I loved about this book is that the author actually gives each chapter a proper title, and they’re usually quite amusing as well as telling, like chapter 12, ‘In Which the Opera is Entertaining for All the Wrong Reasons.’ If you’re looking for something a little different with your historical romances, look no further than this book.”

Beyond Wilder by Leigh Tudor

If you like badass women who are fun, fierce and a little flawed, you’re going to want to read this story. It’s a rare mix of romance, suspense and comedy. Beyond Wilder is the second book of the Wilder series and a continuation of the cliffhanger in Living Wilder.

Charleen D.,Vine Voice writes in her 5-star review, “This is the second book in this riveting story of the three sisters who escaped from the hell hole they grew up in. Ava vowed to never go back. When she finds herself in a serious situation where the man she loves sister is in danger from the crazy ass Dr that says if she comes willingly that her sisters will continue to live in Wilder and be safe. When Alex is told that the woman he loves is supposed to be crazy at first he thinks he made a mistake again and vowed to never hurt his sister that way. But will Alex see the truth that the Dr lied and find out some of the horrors that Ava endured as a fourteen year old girl. There are so many twists and turns to this story you won’t be able to put it down. I love the way this amazing author Bri he the story to life before your eyes and you can feel the emotions and pain of the characters. I can hardly wait for book 3.”

“The Wilder series is definitely one that I’ll be revisiting over & over again as I can’t get enough, and it’s only a trilogy, raves Jennifer P.,Top 1000 Reviewer in her 5-star review. “Beyond Wilder is the second book in the series which follows Mercy Ingalls. And since the underlying suspense filled plot is a continuance, YOU MUST READ Living Wilder (Book 1) FIRST! Mercy isn’t about to listen to her sister Loren (Book 1), who has been taken to The Center again. The fast paced story kept me on the edge of my seat with all the moving parts as I found myself trying to figure out what was around the corner, but alas, I did not so this review will be vague because of the shock value. The twists are coming in hot, the action is heart racing, and humor like you wouldn’t believe is going on despite all the serious & dangerous situations. I certainly CANNOT WAIT for the final book and I believe you’ll feel the same way after hitting your one click buttons! HIGHLY HIGHLY HIGHLY RECOMMEND!”

With an impressive 4.6 average star rating, this friends-to-lovers romance that asks, “What happens when you fall for the one person you can’t have?” was a favorite amongst Hidden Gems ARC readers.

“This book is a must read for hopeless romantics,” writes GennaJest in their 5-star review. “The story was well written and flows beautifully, with just the amount of anticipation for characters to ‘move’ to the next stage in their relationships. The characters are also very well developed, and easy to ‘root’ for. Also, good romance scenes, enough for the imagination to run but not overly explicit. A plus were the character developments, their experiences and realizations help with their growth as a person. Overall a great read.. Kudos to the author!”

Lisa explains in her 5-star review, “The author did a wonderful job on a touchy subject. Everyone’s emotions were represented. The good, the bad and the ugly. I never expected to say this but the story was exciting. Not sure how the author managed that. The characters are all lovable and the story believable. I read this in one sitting because I didn’t want to put it down. I became so engrossed in the story that I didn’t feel I could walk away, even temporarily.”

Hidden Gems readers got to read these charming romances first, so if you want more hot love stories to dive into, sign up today! Subscribers to Hidden Gems receive invitations to read books like these – plus other titles from any of up to 15 other genres – for free. Authors send these out in the hopes that the readers will write an honest review on Amazon once they’re done. 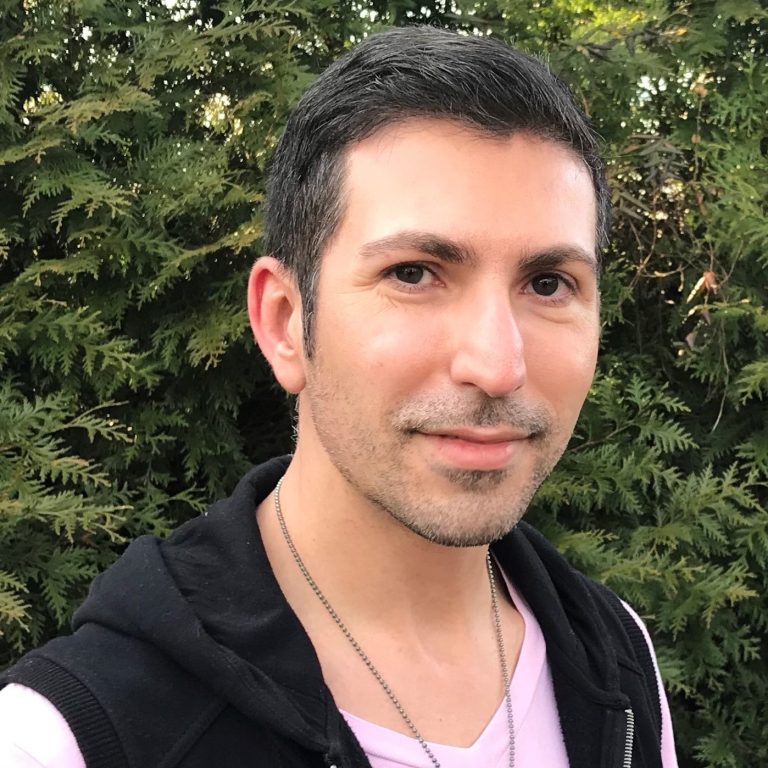 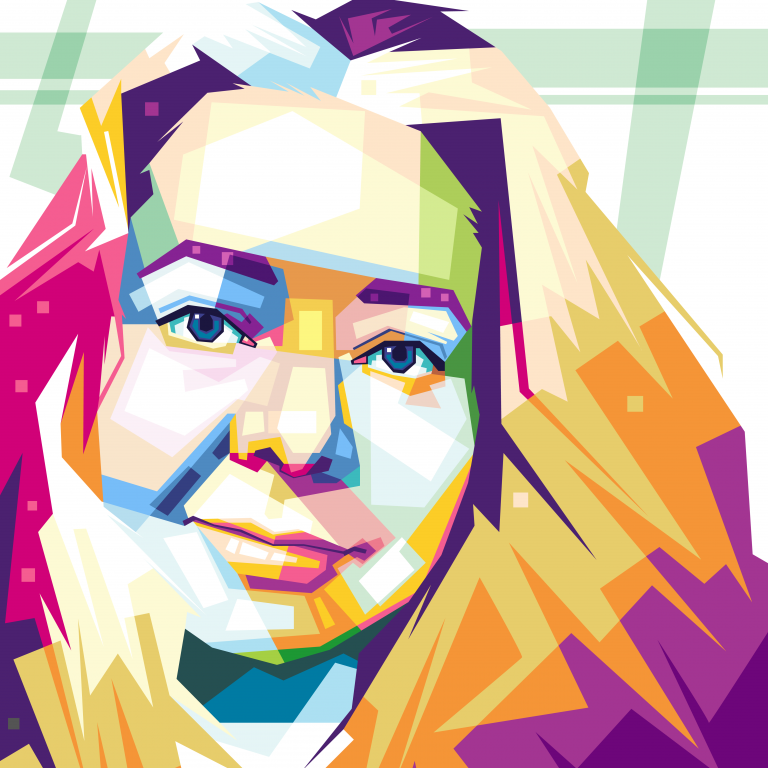