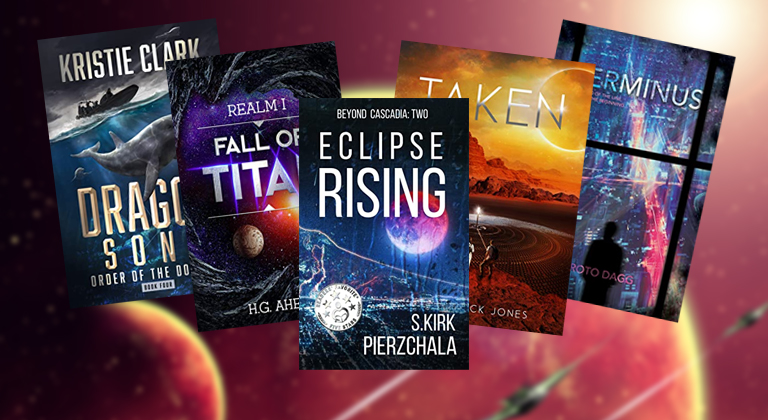 It seems that now more than ever, science fiction has taken center stage in mainstream entertainment. So if sci-fi novels full of wonder are up your alley, and you’re in search of your next futuristic adventure, take a peek at these titles our Hidden Gems ARC readers loved recently.

With an astounding 4.9 average star rating on Amazon, Taken is a hidden gem just waiting to be discovered! It is the second book in a three book series, and reviewers note that you do not need to read the first book in order for it to make sense, but you most likely will find yourself scrambling to read its prequel, Torn, after devouring this sci-fi novel.

Rann provides a rave five star Amazon review, as well as an excellent summary, “Taken is not merely a great sci-fi adventure. It combines a futuristic setting with strong characters, romance, danger and a surprisingly contemporary theme. In a time when environmental change is ever in the news, this timely Eco-SciFi novel (and its predecessor Torn) is a microcosm of the bigger picture that we are currently experiencing on earth. Man’s use of the world’s natural resources is endangering the environment…The author has created a richly detailed setting that depicts a world on the brink – of change or ruin. Both the natural environment and the people that inhabit it are in peril. The very long story (about 600 pages) is perfectly paced, alternating between the overall environmental conflict, the conflicting efforts of the interested parties and the personal relationships of Ethan, Sarwenna and their families…”

Emily P. concurs in her five star review, “The action-packed story has lots of excitement, moved at a brisk pace, and is filled with tension and danger…”

Fall of Titan by H.G. Ahedi

Fall of Titan follows Emmeline in her quest to untangle folklore and concealed clues for her chance to find a mythical device of unlimited power. Naturally, her search catches the attention of many others who would also like their turn with unlimited power. Readers are raving about this creative first-in-series journey.

Brittany warns readers to buckle up in her five star Amazon review, “Ahedi starts off with action and doesn’t stop in this jam packed novel. You start getting to know her characters and motivations right away in the first few scenes which sets you up to be invested in them and the result of the battles to come…I found myself immersed in the mystery that was Emmilene’s past, cheering for Argon, and by the end already knowing that, of course, one novel wasn’t enough. Definitely recommend to any sci-fi fan.”

“Great read!” writes Lavendar L. in her five star review. “This book has everything I love in scifi: action, splendid world-building, and aliens. I was also pleasantly surprised by the important role an antiquity had in the storyline.”

Another hidden gem, Terminus takes place in the namesake city. Terminus has been divided into various color coded zones as a result of violent unrest, however, that has not deterred an upcoming struggle that threatens to divide the city.

Anthony A. explains further in his five star review, “The author did such a fantastic job of creating a narrative that was both entertaining and thought-provoking. The themes and genres that were meshed so well together all kept their identities while still creating something new and unique. From the futuristic, cyberpunk style setting to the tone and background of a Wolf of Wall Street style cast of characters to begin the narrative and a spiritual awakening and rebellious bio-punk storyline, this novel truly created something unique that readers will be eager to devour in one sitting.

The unique thing about this novel was how the narrative became the heart of this book. Typically the cast of characters will become the focal point of this kind of storyline, but the story itself was just so unique and the writing style was so thoughtful, that readers will just feel themselves getting drawn further and further into the rabbit hole that is this plot. The world-building and mythos of this futuristic world and the society the author built within this city were brilliantly written as well.

Gripping, breathtaking, and thought-provoking all at once, author Proto Dagg’s Terminus is a must-read novel of 2022 for all fans of cyberpunk and bio-punk. The twists and turns this narrative takes and the exploration that the narrative takes the characters on through some spiritual awakening moments will have readers enthralled with this story.”

Georga H. concurs in her five star review, “This book is beautifully written, the world building amazing…I highly recommend this book to anyone who is a fan of 80’s dystopian and cyberpunk films like Blade Runner, Freejack, or Demolition Man.”

Eclipse Rising is also the second in a three book series of sci-fi novels. In this installment, the reader is invited into a world of political intrigue, psychological drama, and a futuristic setting to watch the tale play out. Eclipse Rising has earned rave reviews, with reviewers recommending that you read the first book in the series, but noting it is not necessary to follow the events of this book.

“It’s a tough challenge to weave the threads of personal growth and real self-discovery into a thriller, but the author succeeds magnificently,” shares Mike F. in his five star review. “Set mainly in the Pacific Northwest of the near future, the characters must confront their own beliefs and assumptions as they try to adjust to quickly changing social conditions, a globalized world where the action spills over into Asia and Latin America, and technological advances that pose hitherto unimagined ethical quagmires. At the very end of this book, I was telling myself that there simply weren’t enough pages left for the hero and heroine to escape the forces which threatened them.”

Ryan H .adds in his five star review, “The characters are very well developed. The dialog reads naturally. The author moves back and forth between the story lines in a way that is seamless and builds interest.”

Dragon Song is another well reviewed sci-fi adventure you’ll want to add to your to-read list. It is the fourth, and final installment, in the Order of the Dolphin series. This book can also be read as a standalone novel. This story follows Dr. Eva Paz as she tries to rescue a pod of dolphins, avert a world war, and save the planet!

“Awesome book – the best so far in the series,” Ezzie shares in her five star review. “Great plot, great pacing, characters for whom readers can cheer and hiss…just the right balance of plot resolution and continuation, and a very intriguing plot twist at the end.”

A Tink Fan raves in their five star review, “I have read all 4 books in the Order of the Dolphin series and this book is by far the BEST of the four! Is it because it is so well written? Could be! Is it because it keeps you turning page after page long after you should be asleep? Possibly! Through the excellent story telling of the author, I am INVESTED in the lives of Eva and the people and dolphins she loves. Get ready, though, there’s a new character to cheer, another being thought to be mythical but we now know as elusive and excellent at hiding in plain sight!”

Hidden Gems readers got to read these exhilarating novels first, so if you want more books to read, sign up today! Subscribers to Hidden Gems receive invitations to read books like these – plus other titles from any of up to 15 other genres – for free. Authors send these out in the hopes that the readers will write an honest review on Amazon once they’re done. 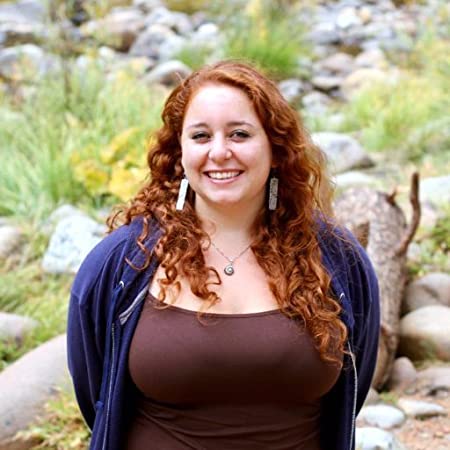 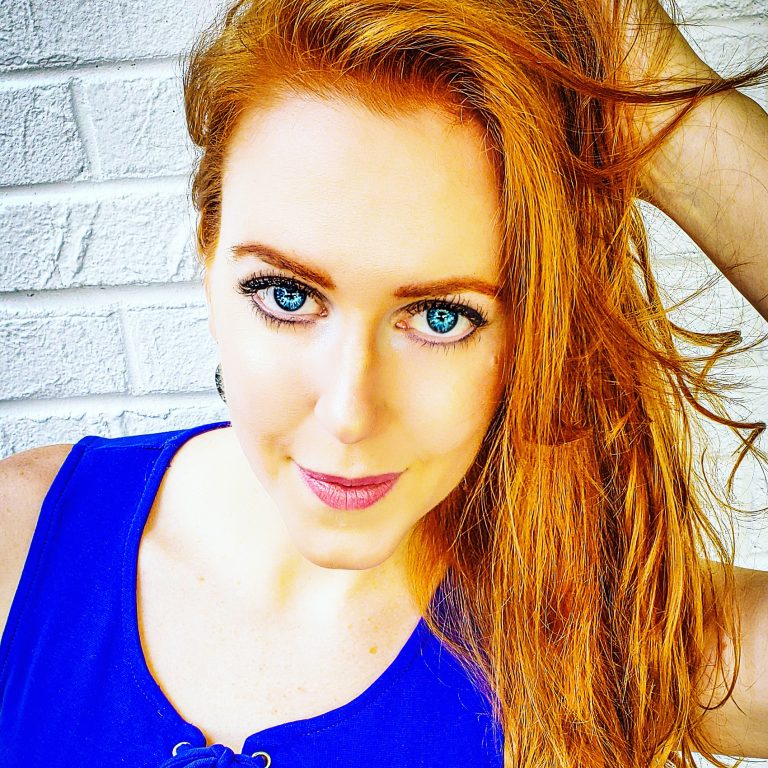