How To ‘Support Yourself Through Writing’ 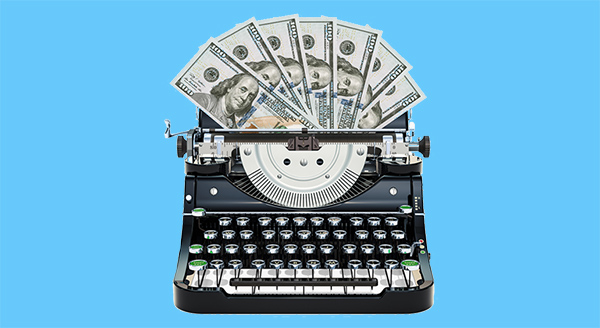 While there are certainly some authors that write and publish occasionally as a hobby, I think it’s safe to say that it’s the dream of most authors to one day quit their evil day job and get down to the business of writing for a living.  In this first in an on-going series of related posts, Ginger will take you through the steps you need to turn that dream into a reality.  He’ll start with goal setting, but future posts will cover topics like budgeting, coming up with your concepts and plotting your novels, right through to publishing, launching and promotion. And with the goal of turning your part-time dream into a full-time reality.

I have a dream. If you’re reading this, I imagine you do, too:

To support yourself as a self-published author – so you don’t need to bother with the day job, the hustle, or anything else that distracts you from sharing your stories with the world.

I have been one of the lucky ones – I’ve reached the level of being able to support myself as a self-published author. However, I’ve also slipped from that pedestal a couple of times, and had to go crawling back to the indignity of a ‘real’ job. However, one way or another, I did ‘make it’ and I was lucky enough to turn what many think of as a ‘dream’ into a tangible reality – and that’s what I wanted to talk about today.

Because when you start talking about the ‘dream’ in terms of real metrics – dollars and cents – it stops being a dream and becomes a goal. Goals are achievable – and so is the ‘dream’ of supporting yourself as a self-published author.

But what does that look like? For many aspiring authors, the fact that they have no vision into what the life and finances of a self-published author look like means their dream will always remain that – just a dream.

Just like you need to have a destination before you begin a journey, you have to have an end-goal before you start a project like this – and an understanding of what being a ‘successful’ self-published author looks like.

I certainly don’t claim to have all the answers in this regard – but I can share my journey, and you can use that as a basis to plan your own. I truly, earnestly believe that being a successful self-published author isn’t down to talent, luck, or privilege – it’s down to the hard work of learning the craft of writing and publishing, and then following a formula to become successful.

Let me show you how I did it.

Step One: Set a goal

Everybody’s needs and requirements are different, and one of the reasons some people who claim they want to be writers never achieve their dream is because their ‘vision’ of being a successful self-published author has more to do with being invited to writing conferences and having their book series picked up by Netflix than whether or not their book royalties will pay their mortgage.

So, the first step is to simply quantify just how much you need to ‘support yourself’ as an author. This will vary massively depending on your personal circumstances, where you live, and a host of other factors – so the bar might not even be set that high!

In fact, I first got into coaching other authors about self-publishing when I spoke to a couple of writers and lamented with them about how I hadn’t ‘made it’ yet – only to discover that my “not-quite-good-enough” was actually more than enough to support them where they lived.

So, pick a figure that’s right for you – and the ‘dream’ has suddenly become a goal.

Why? Because you’ve got to figure in costs on your end, and unforeseen expenses, and all that jazz. Or maybe you’ll just need to buy a really nice pair of shoes when you finally ‘make it.’

Actually, no – it’s more than that. Set yourself a goal 50% higher than what you need to ‘support’ yourself, because it’s teaching you something important – to stretch.

Even the dream of supporting yourself as a self-published author is a self-limiting one, because if you limit your ambitions to what you need to cover your bills, you’ll end up right there. If you set yourself a target above that – and then make it – you’ll have demonstrated that not only can you ‘support’ yourself as a writer, you can thrive as one.

So, for argument’s sake, I’ll share that my magic figure was $10,000 a month. I live in New Jersey, I have three kids, and that’s what it costs to live out here.

Mind you, that’s less than I’ve earned in many of my corporate jobs – but it’s more than I need to pay my bills, and so it’s become kind of the cut-off goal in my head for being able to justify not having to have a ‘real’ job.

(It’s also really nice and easy to do math with, which is great for what I’m trying to explain here.)

Setting this goal as a specific dollar amount is vital – you won’t ever be able to support yourself as a self-published author until you do.

And here’s the exciting bit – and take it from me, since I know…

It’s an AMAZING feeling when you don’t just hit your goal, but you exceed it! And that’s something absolutely within your reach.

Once you’ve established a tangible dollar figure in your head, it’s time to illustrate the road towards actually achieving it.

The journey for every author is different, but one thing remains consistent – the goal is to bring in your target income every month through book royalty profits (minus expenses, of course.)

The beautiful thing about self-publishing is that your books exist in perpetuity. Even long after you’ve written, edited, and published them, they’ll continue to work for you – bringing in royalties every time somebody purchases one.

In theory, the most achievable way to reach your target monthly income is to simply keep writing books until you do!

Yes, while this approach does look like a viable one (it’s how prolific authors like Stephen King make the bulk of their steady income) it’s a long, slow haul to write 451 books that sell like that, and it’s obviously not the approach that most successful self-published authors take.

In reality, books are like everything else – movies, pop songs, and video games – and the hot new releases sell tons of copies, and then slowly those sales dwindle off until you’re reduced to something similar to that $5 per week example.

The good news is that the long end of that tail really does ‘level off’ and you’ll likely see a consistent income from every book you write until the end of your life – but this isn’t the strategy you want to rely on.

My first breakout hit book, for example, started becoming a best-seller after I promoted it on launch day. I remember staring at Book Report with that song from The Producers stuck in my head: “Where did I go right?”

As you can imagine, I was ecstatic! And from there, the good news got better. The book remained in the charts for the following month, bringing in $9,147.70 and netting me $12,698.87 for that month.

I remember it well, since I’d honestly been on the brink of giving up on writing at that point. To suddenly see my dreams instantly come to fruition was the most incredible moment of my life. I remember vividly thinking to myself: “Oh, my God, this is how it works! I can do this!”

But here’s the thing – I didn’t achieve it all off the back of that one book.

The nice thing is, though, that it consistently makes that figure. 18 months following release, the book settled into a holding pattern of between $50 and $100 a month without fail – and without me having to do a thing to promote it except write more books.

I kept myself above that $10,000 monthly goal by releasing the next book in the series just two months later. It made $7,949.65 in its first month, which was a lot less than the previous book had made – but it still kept me above that $10,000 threshold.

From then on, I learned the trick to not just reaching, but exceeding your goal income: Keep writing.

It’s as simple as that.

Keep on writing books. Write every damn day, and publish new books every chance you get.

Novels are subjective things – some do amazingly, while others don’t do as well. However, there is some consistency you can learn; and I’ve got to the point now in which I know that each new novel I publish will hit a certain income target (and some massively exceed it!)

Step Three: Sit back and write

Write every day. That’s the secret.

But while you’re writing, remember that you’re attacking your objective from both ends. Each new book you release should bring in a higher and higher income for those first few months – and each book you add to your catalog will bring in income for perpetuity.

From then on, it’s up to you how you want to chase the dream. Some authors produce a book every month – and once they’ve figured out how to make people buy them, they’ve got themselves a very comfortable income pretty quickly (although the pressure to keep writing to that level is very intense.)

Authors like me publish a book every 3 to 6 months (although I’ve written a book in just 5 days before, and it was one of my most successful and best-reviewed.) This means we have to be a little more impactful on launch day, but it also means we get to take a break from the keyboard every so often.

Whatever suits you best will be a realization only you can have – but the secret is to just keep writing.

That’s it. That’s as simple – and yet also as monumentally, terrifyingly difficult – it is.

All the rest of it? That you can learn, on your own or by asking for some help.

Being a successful self-published author isn’t solely left to talent, or privilege, and it’s certainly not down to luck. You have to be willing to invest hundreds of hours to write books, learn the craft, and then follow the process.

Supporting yourself as a self-published author is more achievable than anybody realizes, but it also involves having to take a leap of faith and invest huge swathes of your life into your writing that you have no guarantee of ever seeing back.

This is why most people don’t become a successful self-published author – because as achievable as it is, it’s also a lot of hard work. A lot of it.

But that’s what separates writers from normal people. What truly makes that minority of self-published authors truly successful is the fact that they’d be writing these stories even if nobody paid them to.

If that’s the kind of mind you’re blessed (or cursed) with, then the rest is something you can learn. I hope you’ll keep reading my columns to do just that. 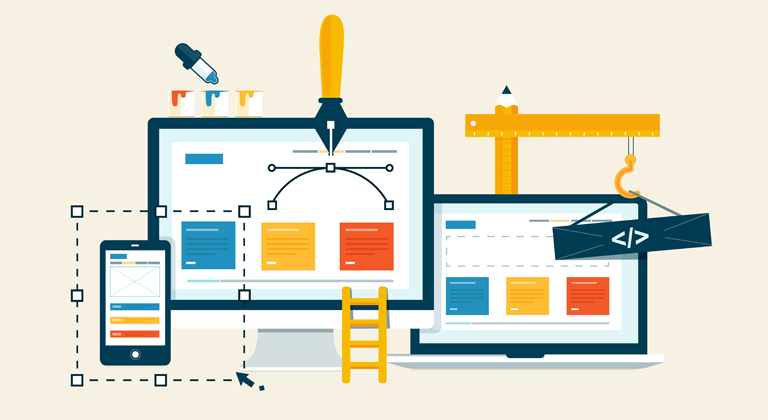 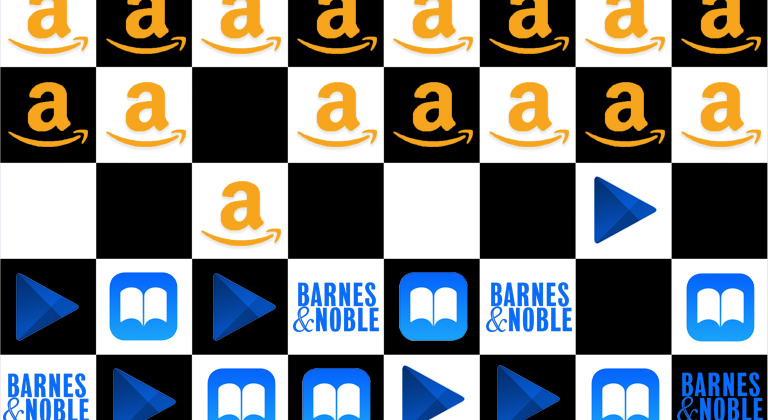