Using Fictional and Real-Life Brands in your stories 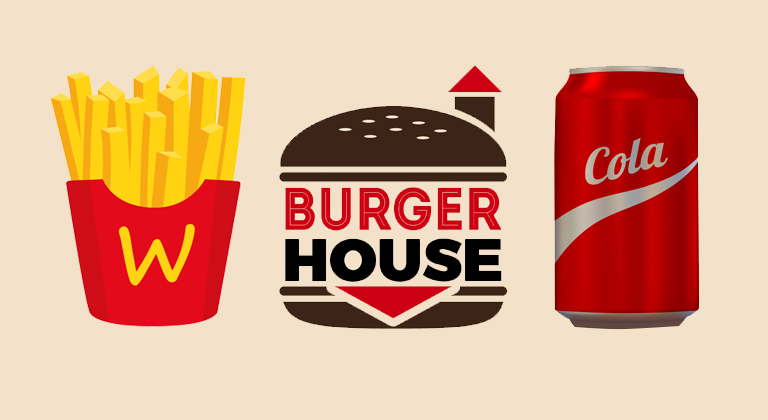 Regardless of your genre, if you’re telling a fictional story then you have some sort of world occupied by characters that use a variety of products and interact with various businesses.  If your story takes place on earth, or at least a planet that could be earth, then you have a choice to make. Do you use real products and companies, or do you make them up? It might not be something you’ve ever given much thought to, and if I were to guess, I’d say many authors just subconsciously decided to go one way or the other in their books and rarely waver (their characters typically stop by McDonalds on their way home for drive through, or something like Burgers R Us.)

But there are actually a variety of factors to consider when deciding to use real brands over fictional ones in your novels, and so Ginger is here to go over some of the reasons to choose one or the other, along with examples of both in some popular franchises.

Stephen King and Marvel have created fictional companies almost as well-known as the real thing, while Ian Fleming’s James Bond stories read like a SkyMall catalogue. In this blog post, we’ll explore the perks and perils of using fictional and real-life companies and brands in your stories.

As anybody who’s been reading my blog posts for a while will know, I’m a huge James Bond fan – and part of that lifestyle often includes choosing the same brands and products that Ian Fleming describes James Bond using in his books.

James Bond wears a Rolex Oyster Perpetual Submariner watch, for example, on a canvas strap. Likewise, he has a preference for Gordon’s Gin and Tiptree ‘Little Scarlet’ Strawberry Jam. All seemingly inconsequential details that nevertheless made reference to real-life products and brands popular during the 1950s and 1960s.

On the opposite side of that equation, Stephen King’s seminal Dark Tower series reveals otherwordly brands and companies that don’t exist in our ‘Keystone Earth’ and yet are so similar to companies and brands we’re familiar with that they almost feel like they should be. Nozz-A-La root beer, for example, or North Central Positronics.

Fans of Marvel’s comics and movies will have noticed similar things – like their WHiH News Network, or stores and tankers owned by the fictional Roxxon corporation. There’s no such company, of course – but they’re very clearly based on an amalgam of Wal-Mart and Exxon and their not-so-ethical practices are a reflection of the real-life scandals affecting those real-life companies.

But what are the rules and guidelines about using real-life and fictional companies and corporations in your stories? And why would you do so in the first place?

A lot of aspiring writers are cautious about using real-life products and brands in their stories, and rightly so. Nobody wants to get sued! However, successful authors often reference real-life brands and products in their stories and few have ever gotten into trouble over it. What’s their secret? It’s not really a secret – they just write fairly and accurately about those brands and products.

Ian Fleming is perhaps the best-known user of real-life brands and products, and rather than being sued by the companies he references, it’s actually become a mark of distinction to be referenced by the creator of James Bond. The world famous Vesper Martini, for example, is made specifically with Gordon’s Gin and a type of vermouth called Kina Lillet. Before the popularity of James Bond hit stratospheric proportions, Kina Lillet was discontinued – but due to fan pressure alone, its sister product Lillet Blanc has become wildly popular and remains available today.

The fact is, as long as they are being portrayed positively, few companies or brands are likely to take offense to being referenced in fiction, as it’s essentially free marketing for them. In fact, even if characters don’t like a particular brand, it’s difficult for that company to sue as long as this dislike is explained as a personal perspective of the character in question.

The only perils of using a real-life brand in a fictional story are if you misrepresent that brand (for example, claiming that an energy drink contains harmful ingredients it doesn’t.) Other than that, you’re legally protected even if the characters you write about are utterly despicable human beings. Thomas Harris’ Hannibal Lector, for example, was a murderous cannibal and serial killer – albeit one who drank Chianti and drove Jaguar sports cars. The inference is that he had high-class tastes, though – not that Jaguar drivers are psychopathic.

(In my humble opinion, the same might not be said of BMW drivers – but even there I’m legally protected because that is my opinion, not a statement of fact.)

Why use fictional brands in your stories?

So, if you can use real-life brands and products with relative impunity, why would you want to include fictional ones instead? Well, there are a number of reasons.

In the Marvel universe, for example, it’s fairly clear that the menacing Roxxon Corporation is inspired by both Exxon Mobile, a company mired with environmental scandals, and Wal-Mart – a company accused of destroying ‘Main Street America’ and running Mom & Pop stores out of business. In Marvel, these parallels are leaned into heavily, with Roxxon being involved in many storylines that see them causing misery, destruction, and mayhem in the pursuit of profit.

For Marvel, the reason to have a fictional company committing these offenses is simple – they don’t want to be sued! As long as it’s very clear that Roxxon is a fictional company, they can lean right into the real-life parallels while always having the protection of claiming: “It’s not a real company!”

So, if you’re looking to have a menacing organization in your stories, it’s perfectly acceptable to base it off a real company – you just have to make the clear distinction that your version is made-up. You can’t write a story about Burger King serving Whoppers made out of human flesh, for example – but you can write a story in which a fictional burger chain inspired by Burger King does exactly that.

But there are other reasons to create fictional organizations for your stories that have nothing to do with protecting yourself from legal pratfalls. In Stephen King’s Dark Tower series, for example, he creates a plethora of fictional companies and products and few of them are identified as being particularly malicious or sinister.

Instead, he invented companies like North Central Positronics to give readers a disquieting sense of familiarity even though the stories take place in an unfamiliar world. To those of us reading, we might immediately make a connection with the real-life Northrup Grumman – an aerospace and defense company – but it’s not a tangible connection. It’s enough for us to kind-of understand what the company does, while at the same time not understanding it at all.

Stephen King is a master of blending reality and fiction, and his use of brands and companies is a major part of that. He even has deliberate crossovers – like a fictional oil town called CitGo, which makes readers immediately make parallels with the real-life oil and petroleum company that shares the same name.

It’s those parallels that make using companies and brands so effective in fiction. Ian Fleming’s James Bond is a perfect example. While the product placements in the recent movies has reached the stage of near absurdity, many of the iconic brands and staples of James Bond are there because they tell us so much about the character without having to tell us anything at all.

For example, in the movies James Bond wears Barbour jackets – today a very upscale and desirable luxury brand. However, the company became that way not through marketing or product placement, but because they historically made the best weatherproof jackets on the planet. James Bond chose Barbour because he wanted the best and was affluent enough not to care about the cost, and it’s that which makes the brand’s “Bond Connection” so iconic – not because the company paid MGM a wad of cash to include their product.

Likewise, the literary James Bond wore a Rolex and drove a Bentley not because he wanted to impress anybody, but because somebody from his background would choose those products. They’ve become desirable today based on the reputation they’ve earned over the course of a century – and Bond’s choice of those products is meant to say more about him as a character than them as a company.

So, when you’re considering using real-life products in your stories, approach it from the same angle. In my series of Motorcycle Romance Novels, for example, I have a character who likes to drink Westland Peated Whiskey not because it’s a brand I especially love or admire (although it’s bloody good) but because it’s distilled in the character’s home state of Washington. I’m not using real-life products to advertise them – I’m using them to add a little extra depth to my characters.

Are there any particular brands or products from fiction that have made an impression on you, as a reader? Or do you include any in your own stories? I’d be fascinated to know. Don’t be shy about dropping a comment down below and letting us know your thoughts. We’d love to read them! 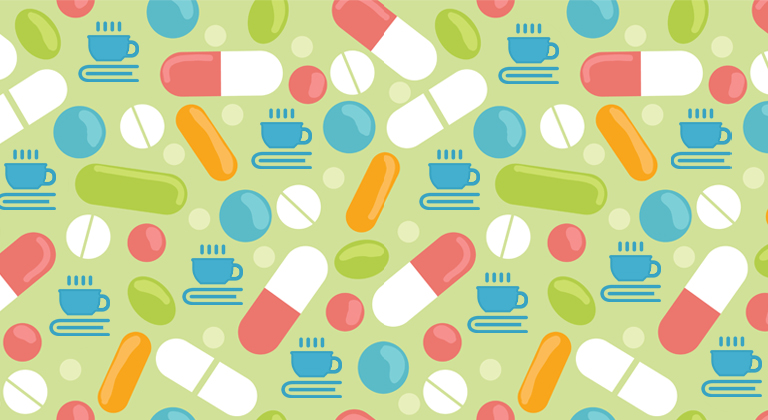 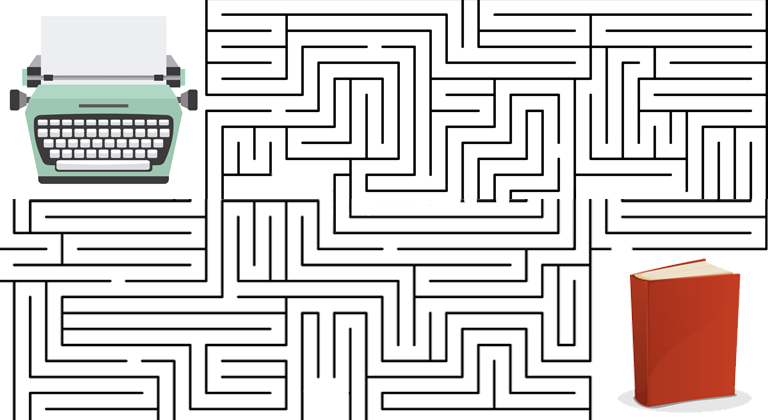