True or False? 3 New Updates about Advertising on Amazon YOU Need to Consider 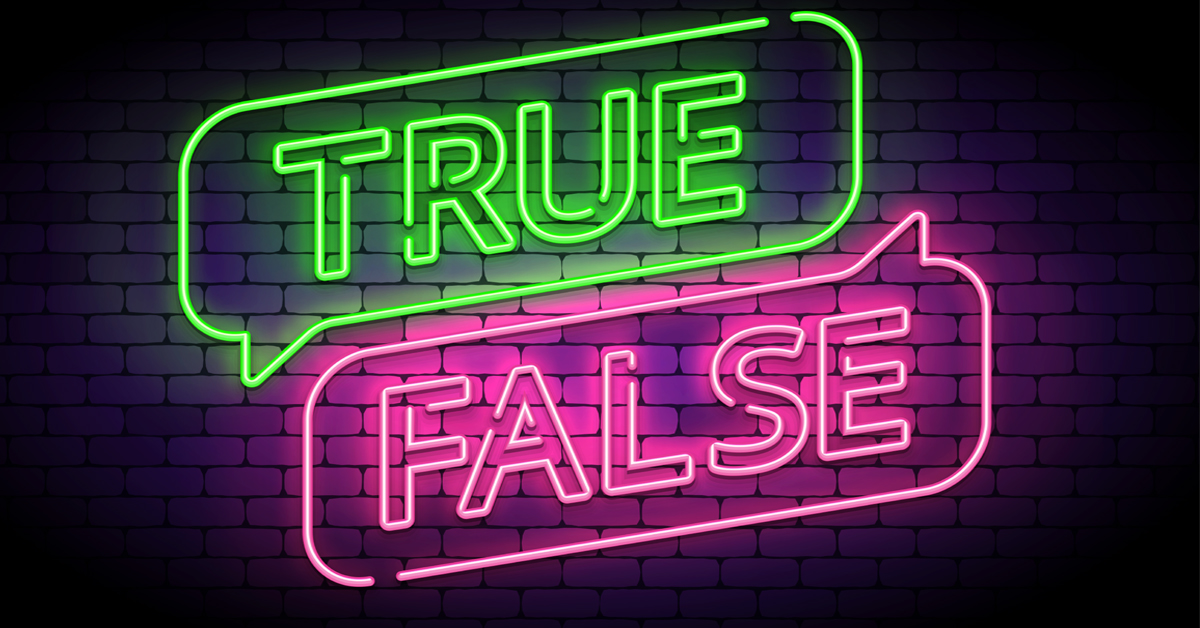 Amazon is alive! Not in a literal sense, unless you’re a proponent of science fiction scenarios, but in the sense that the algorithms, interfaces, and strategies that help authors perform best on the world’s largest bookstore are constantly evolving, changing, and pivoting. In this article, we’ll ask “true or false” about the effectiveness of three previously tried-and-tested advertising strategies – and look into whether you might want to rethink your approach to them.

A couple of weeks ago, we posted a blog entitled 3 Ways to Turn Your Advertising on Amazon into a High Performing Machine – and received a comment from a reader named Lee Gabel that read:

Tip #2 is no longer accepted practice for Amazon Ads. Instead they recommend no more than 100 keywords per ad and advocate using ad groups instead of copying campaigns. In addition, Amazon Ads now frowns upon more than three ads per advertised title. Ad groups is the way around this.

This caused us to take pause for a moment and check our thinking – because while this is contrary advice to our established strategies, we certainly didn’t want to dismiss the suggestions out of hand. Unfortunately, Lee didn’t let us know where he’d heard these bits of advice, as they’re not aligned with what Amazon suggest in regards to Sponsored Ads, and nor do they correspond with any of the training or course materials we’ve studied.

The comments did mirror some other things people had been saying in response to the newly updated materials made available as part of Mark Dawson’s Ads for Authors courses, which we’ve recommended in the past. Every few months, Mark and his team update their materials to reflect new information, and this time around presented all-new course material created by Janet Margot, who is a 10+ year veteran of Amazon and probably as close as you can possibly get into an inside look at the retail giant’s machinery.

Even if you haven’t taken the course, you may have already seen some of this new info on public forums and discussion boards, or free webinars where Mark and Janet have shared three pieces of advertising advice that might appear to fly in the face of the tried-and-tested methods we’ve recommended before.

Respecting that not everybody shares the same opinions or strategies, we looked into these three recent contradictions to the ‘established wisdom’ of advertising on Amazon to determine whether this new advice is true or false.

Successfully advertising on Amazon is a little like playing Blackjack – in which the goal is to get your hand of cards as close to 21 as you can without going over. The goal on Amazon is to get as many Impressions (and hopefully Clicks) as possible, but at the same time you want to keep your Bid to the minimum, so you don’t burn through your advertising budget on clicks that don’t convert into sales.

Traditionally, one of the best advertising strategies to do this was running multiple campaigns – similar or identical campaigns that advertise the same book, preferably with different and expanded lists of keywords to cast your net as wide as possible. Mark Dawson himself once said something along the lines of “you’ll have more success with ten $1 campaigns than one $10 campaign” and I’m just one of many authors who’s found success using that strategy.

However, in free webinars recommending Mark Dawson’s course, Amazon expert Janet Margot has actually suggested the opposite – that running multiple campaigns isn’t the most effective advertising strategy any more, and can in fact create confusing dashboards and obfuscating results.

So, we crunched the numbers and looked into it – and this piece of advice is TRUE – kind of.

Because while Janet’s advice is absolutely on the money (she did work at Amazon, after all) it’s not quite as simple as “don’t run multiple campaigns.” In reality, Amazon recently introduced a feature called Ad Groups which allow you to run what are in effect multiple campaigns, except they’re under the umbrella of a single campaign and use the same collective budget.

This, in effect, is just a massively more efficient and effective way of using the multiple campaign strategy. It allows you to create multiple Ad Groups (which can be, in effect, just as simple as multiple ads with hundreds of different keywords – or different ads featuring alternative copy, or bidding strategies) and pool all your money together into supporting the ones which deliver clicks. This eliminates the old problem of successful campaigns running through their budget quickly, or having to create new campaigns from your best-performing keywords, while other parts of your advertising budget failed to get spent.

There is a caveat here – a lot of users have complained that they’re not able to create additional Ad Groups to their existing campaigns. This seems to be solved by starting brand-new campaigns (but they’ll have to go through Amazon’s approval process) but might explain why a lot of people were confused about how and where to implement this new strategy.

Another comment that keeps coming up is the question of how many keywords you need to run successful campaigns – with Lee Gabel arguing that “they recommend no more than 100 keywords per ad.” Because of the way Amazon’s advertising works – that you’ll only get impressions if somebody searches for your keyword, and your bid is competitive – it still doesn’t seem to make much sense as an advertising strategy unless those 100 keywords are the high traffic, highly competitive keywords that could burn through your daily advertising budget within hours.

However, in the free webinars that Mark Dawson and Janet Margot host, she commonly ums and errs and steps elegantly around the question of “how many keywords do you need for a successful campaign” and when pressed admits that most authors only have about 400 keywords which consistently deliver affordable clicks for them.

So, on the surface you might think you’d heard it straight from the horse’s mouth – not calling Janet Margot a horse! – but in reality it’s not quite as simple as that. Pretty much anybody who has spent any serious time and money investing in Advertising on Amazon will confirm that your most successful advertising probably does revolve around 400 or 500 specific keywords – but the question is how did you narrow it down to that number?

In reality, having hundreds or thousands of keywords isn’t just to win low-bid impressions through sheer force-of-numbers. The longer you run these thousands of keywords, the more the high-performing ones will start to make themselves obvious. These can be collated into brand new ‘super campaigns’ OR serve as clues about different authors and book series you could use to generate new, high-performing keywords.

Sure – established authors might have neatly-buttoned-up campaigns that run successfully on just 400 keywords – but I’m willing to bet they churned through hundreds of keywords over the months in order to get there.

One of the other things that a lot of people have been talking about is the suggestion that focusing on creating campaigns that deliver positive Return on Investment, or ACOS scores lower than 70%, isn’t a viable strategy – and that you should simply allocate an advertising budget and be prepared never to see it again except in the increase in book sales.

This is a suggestion that has a mixture of truth and falsehood about it. Obviously, the goal of any advertiser is to make more in sales income than you spend in advertising – otherwise you’re losing money! But we’ve already discussed how Amazon’s ACOS percentage isn’t a true demonstration of your income-to-loss ratio (because of unaccounted for KU page reads or subsequent purchases of other books from your catalog).

Still, one of the biggest challenges a lot of authors face is the idea of spending money on advertising and apparently making a loss – according to Amazon’s Average Cost Per Sale figure.

In the free webinars that Mark Dawson and Janet Margot have hosted recently, Janet makes a point of stressing how important it is to create an advertising budget – and stick to it. Whether that’s 20% of the previous month’s book sales, or whatever you can dig up from down the back of the couch, it’s important to separate the mental compartments into which you stick your advertising budget and your profits.

It’s actually an old adage that dates back to the days before the DOTCOM boom. Back when I was selling radio advertising, my biggest client told me: “Advertising is about throwing s**t against the wall and seeing what sticks.” These days, we’ve almost been spoiled by the ability to track the success of our campaigns from click through to sale, whereas a lot of what makes advertising effective still happens behind the scenes, and makes advertising important even if you don’t see an immediate profit from it.

Back in the old days, advertisers were told it took “seven touches” to turn somebody into a paying customer. In the #MeToo and social distancing environment, “seven touches” sounds terrible; but the theory holds water. Generally, a reader on Amazon might be ‘touched’ by your book by seeing impressions of it pop up in their search results or in the Sponsored Content ribbon of other books, and it’s only after growing familiar with your cover and book title that they finally decide to buy the book.

Amazon has no way of tracking this kind of buying cycle – but it’s a real one. So you should jump into advertising with a clearly defined budget to spend each month, and not expect to see any of it back.

Hopefully you will, in the increase of book sales (from that or other books in your catalog that a new fan discovers after finding out about you through your advertising book) or the page reads you get. However, it might not happen overnight, or in a way that will reassure you that your advertising ‘works.’ Instead, you should just commit to three or four months of advertising with a set budget – I recommend 25% of your previous month’s royalties, or at least $300 or more a month out of pocket – and then see what impact it has on your book sales in general.

Over the course of three months, you should hopefully see your book sales increase, or adjust your campaigns until they do. As you do, you should increase your advertising budget accordingly – even if the percentage remains the same (20% of $1,000 a month is twice what 20% of $500 a month in royalties is.) The aim is to have a bottom line in place in which your budget is manageable, accounted for, and only ever a percentage of your book sales. From there you can optimize your campaigns, making them work more effectively and eventually reaching that positive return on investment we all aspire to, but you’re not caught in the mental minefield of paying for next months advertising using the increase in book sales you haven’t seen in this month.

This is how businesses do it, and you should run your publishing like a business. It’s a good way to learn and ramp up without feeling like you’re gambling, and it takes a lot of the stress out of advertising in general. Nobody runs massively effective advertising right out of the gate, but those who commit time and money to their carefully thought out advertising strategy always end up finding success.

Hopefully you’ve found this article useful and informative. We made a point not to share any information that wasn’t made public by Mark Dawson and Janet Margot, but even though the current enrollment period for Ads for Authors has ended, we highly recommend getting on the waiting list and purchasing their course, since it will go into so much more depth than we do in this blog post and is hands-down the best advertising course authors can buy. 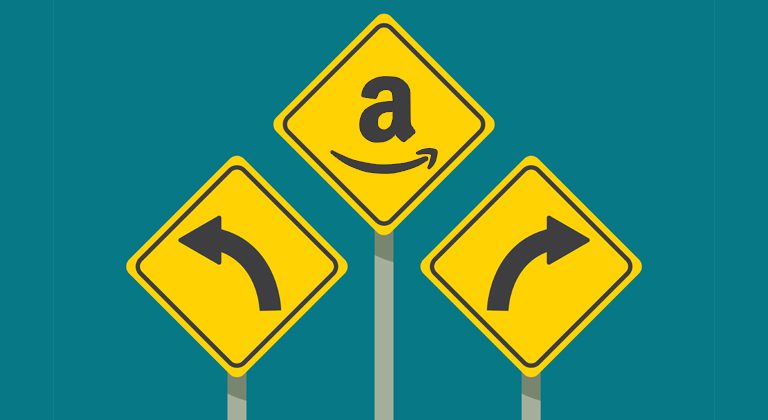