“A Novel” is not a suitable subtitle for your book 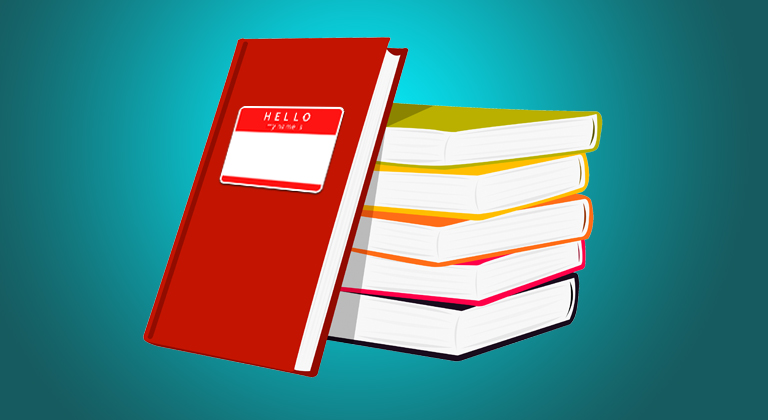 As a self-published author, you have probably heard the advice not to re-invent the wheel, and that sometimes it’s not a bad idea to pay attention to current trends, in case there is something you can use to help attract more eyeballs to your own book. One example of that would be looking at the covers of best sellers in your genre to get a feel for common concepts or elements that are currently attracting attention, and then incorporating some of those into your own design. But that doesn’t mean that everything is worth copying, and sometimes you have to really consider whether something is actually a good idea, even in cases where you see other authors doing it. After all, just because Billy jumped off the Brooklyn Bridge doesn’t mean you have to, right? (Hopefully some parents get that…)

So today, Ginger is here to warn you against one such “trend” that is worth avoiding, and why.

Take a look at the New York Times bestseller list and (as of writing this) there are no fewer than three books which have “A Novel” as their subtitle. This might be out-of-date by the time you get there, but the #1 NYT bestseller is currently “The Lincoln Highway” by Amor Towles and the official title of that is, you’ve guessed it: The Lincoln Highway: A Novel.

Subtitling a book “a novel” is an extremely common practice, especially among traditionally-published books (which make up the majority of the titles listed by the New York Times.) It’s so ubiquitous, in fact, that many self-published authors will do exactly the same thing – and publish their titles on Amazon using the subtitle: A novel.

Because it makes it sound legit, right? That’s what all those New York Times bestsellers call themselves, right?

As a consultant to self-published authors, one of the pieces of advice I espouse most passionately is to never, ever subtitle your book “a novel.” It’s the most redundant subtitle of all time – and, even more egregiously, it can actually really hinder your attempts to be successful on Amazon.

First off, I hate seeing the subtitle “a novel” for a very valid reason:

Of course it’s a novel! What else would it be? A banana?

Calling your fiction book ‘a novel’ is the most redundant adjective of all time. It tells you something so obvious, and yet conveys so little additional information, that it’s about as meaningful for a potential reader as the bar code on the back. Just because traditionally published authors have books subtitled “a novel” doesn’t mean you should, especially since the tanking book sales of the biggest five publishers serve as a continued example not to follow their examples when it comes to choices like this.

Amazon very generously gives you a lot of room to expand on the title of your book – and the most successful self-published authors make as much use of it as they possibly, possibly can. Here’s why:

What’s in a title?

When you self-publish a book using KDP select, you have the option to give the book a Title and a Subtitle. What’s less obvious is the significance these two choices will have. Just like the title of a webpage is the biggest factor in how a site appears in Google search results, the title of your book will have a massive impact on how visible it is when people go searching for new books on Amazon.

This is why you want to cram as much information as you can into the title and subtitle of your books – while at the same time, making those titles as compelling as you can to potential readers.

What does that mean exactly?

The first thing you need to remember about the title of your self-published book is that most times, it’s the only additional information a potential reader will get about your book other than the cover.

When your book appears in search results, or in the Also Bought or Sponsored Content ribbon of another author’s product page, you’ll generally only see the title, the cover, and the number of reviews displayed. Therefore, if you’ve got any hope of getting a potential reader to click on your book, you have to grab them with what little real estate you have. This is why covers are so important for success.

If you’re writing fiction, the name of your book might not mean much to a potential reader (unless you got started writing the same sort of books I did, with lurid titles like Sold to the Cartel.)

That’s why what you write afterward – including the subtitle – is so important.

Your title could be poetic, or evocative, or relevant to the story – the kind of title that you hope will one day be as familiar as “Harry Potter and…” or “Fifty Shades of…” – but for a potential reader, it doesn’t convey that much information – and adding ‘a novel’ to the end of it won’t help.

On the overall Top 100 books, you’ll see a lot of the same books as the NYT bestseller list – but if you go into a fiction subcategory like Romance or Thrillers, you’ll start to see “a novel” replaced by much more expository subtitles.

In Romance, for example, there are fewer books described as “a novel” and instead they have subtitles like “Deliciously Dark Fairytales” or “An Enemies to Lovers Romance.” If the cover of these books catches a potential reader’s eye, those subtitles provide a lot more context to what the reader can expect from the book in comparison to “a novel.”

Likewise, in the Top 100 thrillers you’ll see books with subtitles like “The Girl Who Lived: A Thrilling Suspense Novel” or “Not My Mother: A completely gripping psychological thriller with a jaw-dropping twist.” These immediately grab a reader’s attention in a way “a novel” doesn’t.

Now, you could complain “a completely gripping psychological thriller with a jaw-dropping twist” is a bit hyperbolic – but since the book is #1 in Mystery, Thriller & Suspense Literary Fiction right now (as of writing this) you’ll realize that people are willing to overlook that. Fleshing out a title and subtitle with what the book is about is a much more effective way to reach audiences than the trite, conventional “a novel.”

A book’s title and subtitle are also the first and most impactful things Amazon’s all-powerful algorithm will look at when deciding which books to present to potential readers.

If somebody is searching for a “psychological thriller” or “suspense novel” you can immediately see how using those words in your book subtitle would be a much smarter choice than ‘”a novel.” In fact, the worst part of subtitling your book “a novel” is that there are literally millions of other books subtitled that, occupying all sorts of different categories and genres (again, making those two words largely meaningless.)

Using “psychological thriller”, however, helps get your book ranked organically for searches for those terms; and additionally helps provide a lot of relevance (and therefore more impressions) when you’re advertising your book using Advertising on Amazon. In fact, the two play directly off of each other – so the more successful your advertising using that keyword is, the more your book will show up organically for those search terms as well.

This is why choosing a more impactful and meaningful subtitle for your book is the ultimate in low-hanging fruit when it comes to making your book more successful. It’s something that takes moments to fix in the KDP Dashboard, but will enhance a book’s impact in the Amazon ecosystem forever after.

So, why aren’t publishers doing it?

I know what you’re thinking: If using “a novel” is such a bad idea, why are the big publishers still doing it? Heck, Hillary Clinton just released her first fiction book, and the title for that is: State of Terror: A Novel.

Well, that’s because when you’re the former First Lady and Secretary of State, you don’t need to rely on Amazon’s algorithm to bless you. Millions of dollars of advertising and mentions on Oprah will get your book seen – and then the sheer weight of book sales will force Amazon to take notice regardless of the subtitle!

Likewise, the traditional publishing industry doesn’t need to rely on such things to get their books seen. They rely on books being in the brick-and-mortar stores, and getting reviewed in The New York Times, and traditionally published books sometimes almost seem to be wearing “a novel” as a subtitle like a point of pretentious pride.

But similarly, the big five traditional publishing houses are hemorrhaging as more and more authors self-publish or go indie, so looking to them as an example of what to do is a terrible idea. They’re a relic of a time-gone-by and choosing to buck their conventions will work to your advantage in the long run.

What sort of title should I use, then?

If I’ve convinced you at this point not to describe your fiction book as “a novel” you’re probably wondering what you should call it – and for that, I defer to the most successful of self-published authors. If they’re using subtitles like “a psychological thriller” or “a suspense novel” then you should think about what your book is and use that term as well.

If you’re looking for more specific guidelines, however, I’d recommend considering this:

Always remember that your potential reader is your first and most important audience, so write a subtitle targeted towards what they need to read in order to want to click on your book.

In fact, that’s a good philosophy toward every aspect of successful self-publishing – and one more reason why self-published authors are succeeding while the traditional publishing industry is dying. The reliance of “A novel” in the catalogs of traditional publishers reveals how their target audiences aren’t readers themselves, but book reviewers and book buyers for traditional book stores. They’re targeting other retailers – not readers themselves.

The most successful self-published authors manage to create a one-on-one relationship with readers; and often the first part of creating that relationship is getting them to notice your book’s title. That’s why this is so important. 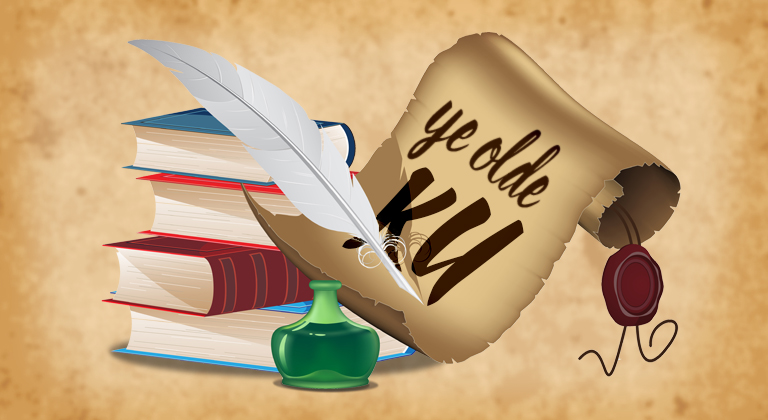 A History of Kindle Unlimited 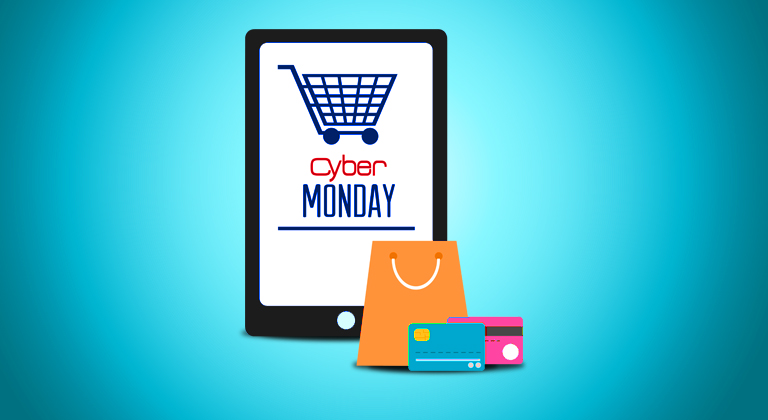