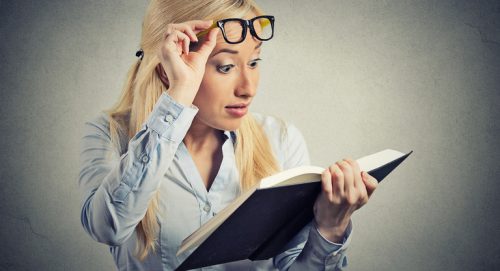 You may have read all the top romance books, but do you know the whole story?  Specifically, the “behind the scenes” anecdotes about your favorite bestselling romance novels, which may challenge your notions of what the author was thinking or how the story even came into being in the first place?  Consider these nine true but hard-to-believe stories that will make you cry, scream and break things all in the name of love. 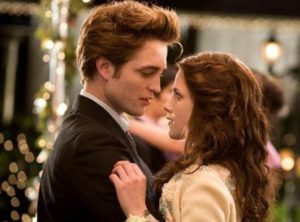 Twilight is actually a “better love story” than most because you’ve heard it before.

Twilight may not be your first association for great literature, but Stephenie Meyer credits the classics for inspiring the work.  Each book in the series was inspired by and loosely based on all of your favorite required reading for high school—Pride and Prejudice, Romeo and Juliet, Wuthering Heights, and A Midsummer Night’s Dream.  In addition to classic literature, which eschewed sexual content much like the novel itself, Meyer also credits her Mormon faith for influencing her work.  She says the characters “think more about where they came from, and where they are going, than might be typical.”  The real question is, do you think Jane Austen would have fan-girled over the idea of her work inspiring an epic werewolf-vampire love triangle?

Like most biblical prophets, Stephenie Meyer got the idea for Twilight from a dream.

Meyer stated that the idea for the book, and her subsequent obsession with vampires which led to a novel writing career, came to her when she dreamt of two young people in a meadow, in bright sunlight, “one of them was a beautiful, sparkly boy and one was just a girl who was human and normal.”  She further explained, “the boy was a vampire and he was trying to explain to her how much he cared about her and yet at the same time how much he wanted to kill her.”

If you think Fifty Shades of Grey had some eerie similarities to the 1999 film Secretary with James Spader, you’re still not probing deep enough. Actually BDSM-inspired EL James was a big fan of Twilight and originally wrote a fanfiction called “Master of the Universe” (minus the Skeletor) starring Edward Cullen and Bella Swan.  After prudish fans turned on James for the questionable sexual content, she removed the story from the online archives, transforming Edward into Grey and Bella into Anastasia and publishing it on her own website, before later unpublishing it and pitching it to agents.  All that hardcore sex!  No wonder religious-minded Twilight writer Stephenie Meyer dissed quite famously that Fifty Shades is not her cuppa. 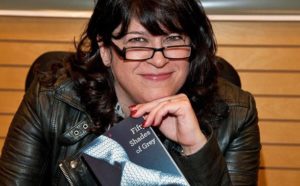 Writing Fifty Shades of Grey, the screenplay, was a farce behind the scenes.

In exchange for movie rights, EL James received hefty and unheard of creative control over the production, which led to many creative differences between herself and director Sam Taylor-Johnson. Taylor-Johnson wanted to make a more camera-friendly flick, but James fought him on it, and wanted the shoot to religiously stick to the source material.  For once in Hollywood, the director was left having to suck it up, as full power lay with the writer.  Kelly Marcel, the film’s original screenwriter, wrote an artier “non-linear narrative” which was mostly scrapped in order to stay loyal to James’ story.  In the end, Patrick Marber (who wrote Closer) polished the screenplay that you love or loathe today.  You could say EL James did what every writer dreams of doing—whipping the filmmakers until they agreed to film the novel as is! 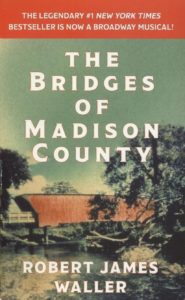 The Bridges of Madison County was not self-published and really had a better chance of succeeding than most other books.

A frequently circulated trivia tidbit is that Robert James Waller’s romance novel was written as a “gift for friends and family” and then submitted to a literary agent, who then called him out of the blue and changed his life forever.  Would be nice, right?  Actually, what really happened is that Waller, who was a professor of economics and business management, wrote the book, and then looked for a publisher.  He had previously published essays with an editor, Bill Silag, who was married to a best-selling novelist and Pulitzer Prize-winner—which probably didn’t hurt his chances.  His wife referred Waller to her agency and although the agent wasn’t enthusiastic about the manuscript at first, he did eventually sell the book to Warner Books, of Time-Warner, who probably helped sell the book’s movie rights to Steven Spielberg’s Amblin Entertainment.  All this happened before the book was even released… so not exactly a rags-to-riches story here… but it’s the thought that counts. 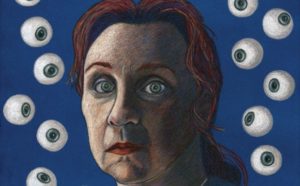 The Time Traveler’s Wife could have been a picture book.

Author Audrey Niffenegger, an artist and educator at Columbia College Chicago, originally intended The Time Traveler’s Wife to be a hand-painted pictorial book, as many of her other works were.  Later, she realized the concept was too limiting to tell a story about time.  She decided to make it a novel instead, writing a metaphoric tale about her past romantic relationships, which were too difficult to work out.  However, Niffenegger also states that she does not consider Clare a self-portrait, since the author herself is “willfull and headstrong” and unwilling to wait a lifetime for somebody… “no matter how fascinating he was.”  Not even if he was a vampire, Audrey? 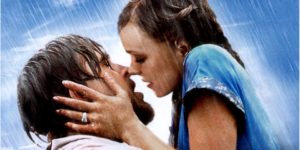 Nobody in Hollywood wanted the role of Noah Calhoun in The Notebook.

The Notebook film adaption spent almost ten years in limbo after the sale of the movie rights in 1995.  The primary reason for that was that no big name actor wanted the role of Noah, as it was largely seen as a character with “no arc”.  Writer Nicholas Sparks admitted it saying, “It’s [just about] a guy who falls in love and then he just kinda’ does nothing, and then waits for her to show up and then he’s there and he’s still in love and then at the end of the film, well, he’s still in love.  Where’s the arc?”  Sparks confessed Ryan Gosling brought a lot of complexity to the role and actually improvised some of the most memorable moments of screen dialog, such as the “What do you want?” line?  Can you imagine Jack Nicholson making that moment a little more subtle? 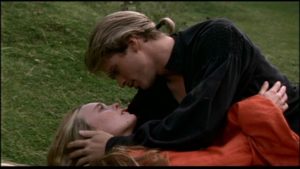 Author William Goldman of The Princess Bride trolled his audience with a “Reunion Scene” between Buttercup and Westley that never happened… and is still at it today!

Author William Goldman once claimed he wrote a reunion scene between Buttercup and Westley but that the publisher objected to the insertion of the scene.  He then told readers to write to the publisher to request a copy of the additional scene.  In response to their letter, readers were given a note explaining legal problems that prevented the sharing of the Reunion Scene because of a (fictional) Morgenstern Estate.  The 30th anniversary edition of the book continued the running gag, stating that the Reunion Scene could be read online.  Disappointed audiences were click-baited into simply more text of the original letters explaining the problem.  The creators of South Park would be proud! 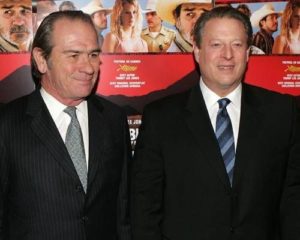 Love Story by Erich Segal was based on the rather unlikely sex symbols of … Al Gore and Tommy Lee Jones?

Al Gore and Tommy Lee Jones were not really known as sex symbols of the 1970s (is Al Gore a sex symbol today?), but they were the “loosely based on” inspirations for Oliver Barrett IV.  Oliver had the emotional baggage of Al Gore and the macho athlete but sensitive stud personality of Tommy Lee Jones.  Segal met both men in Harvard in 1968.  However, before you jump around and tell all your friends that Al Gore revolutionized 1970s romance (and invented the Internet?  Wow!) do take comfort in the fact that the book is actually a more traditional retelling of The Lady of the Camellias by Alexandre Dumas.

The Hottest Sex Scenes You May Have Missed In Popular Fiction