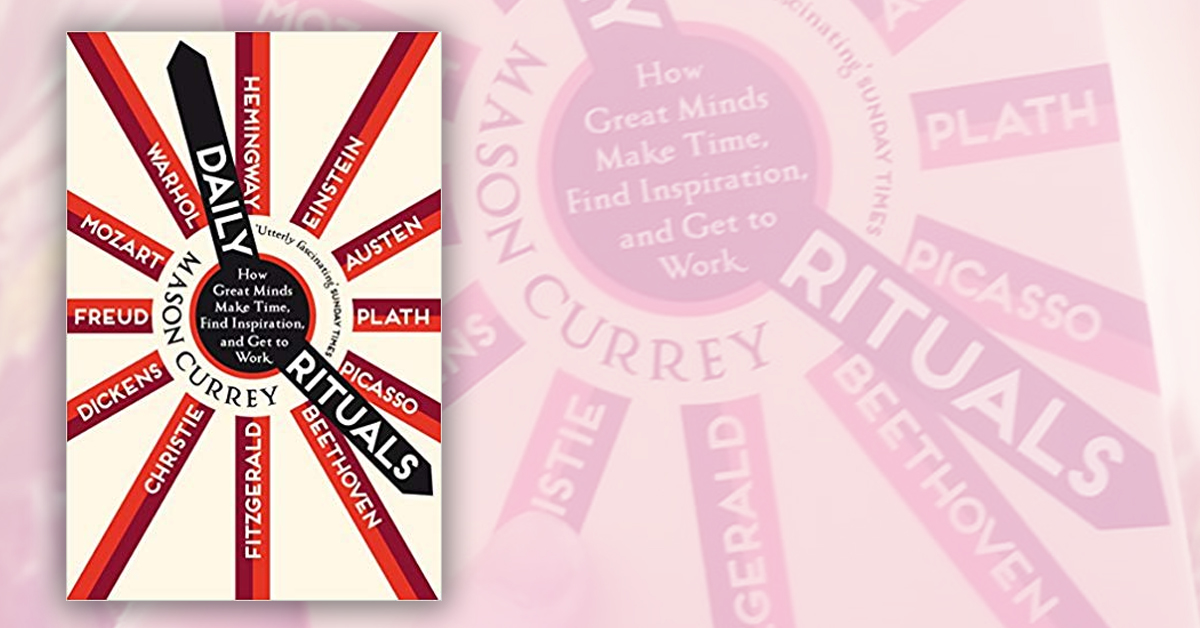 In recent weeks, we posted Ginger’s 4-part series about tackling the real-life obstacles that prevent authors from putting pen to paper (or, more likely, fingers to keyboard.) Part 3 of this series focused on the power of routine. As a follow-up, Ginger now describes a powerful book he recently read which outlines the daily routines of dozens of the world’s most famous creative people; and how their daily rituals can help you find your own ‘groove’ to creative flow.

“Routine, in an intelligent man, is a sign of ambition.” 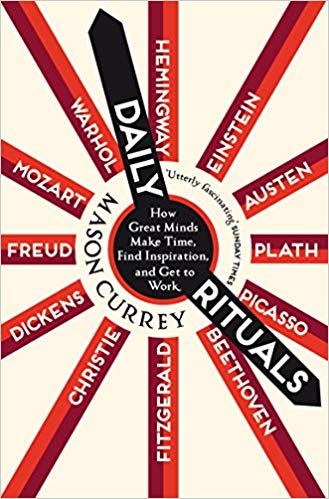 With those words, from the great English-American poet W.H. Auden, the book Daily Rituals begins – a study of the daily routines of more than 160 of the greatest writers, artists, composers and creative minds in history. It’s the work of American author Mason Currey, first published in 2013, and as a writer it’s one of the most uplifting, motivational and inspiring books I’ve ever read. It tied in so perfectly with the series I wrote on tackling the obstacles that prevent an author from writing that I really wanted to share my thoughts on the book with you; and I strongly recommend finding a copy if you can.

Being a writer – or any type of creative person, I’d imagine – is a lonely business. You sit down in front of a blank page and literally create a world in your head; filling it with characters and locations you pluck from both your memories and imagination, and bringing them to life with descriptions of the sights, smells and visceral details that made them so noteworthy to you. I know when I’m in the ‘flow state’ of a story, it’s like only 30% of me is present in the real world. My wife dragged me off to a cocktail party when I was in the middle of writing my last novel and I almost felt more connection at the moment to the fictional characters inside my head than the real-life people I was chatting to.

(Hopefully other authors relate to this, and I’m not just some batty old Englishman stumbling about like a mad professor.)

To be a successful writer takes that loneliness even further, because you have to pair that isolated creative experience with a process that allows you to produce – regularly and reliably – a finished product to share with eager readers. (And, if you’re wondering what the definition of a ‘successful’ writer is, I use Stephen King’s example – of receiving a check for something you’ve written, and then paying a bill with it.)

I’m a full-time writer and I do okay. I support my family with the income from my writing… but in order to keep doing that, I need to write. Unfortunately, the biggest challenge I have in my life is actually just doing that – just being able to write – and the problem is most people I talk to about this challenge just don’t get it.

It’s not like an office job – God knows I’ve had plenty of those. In addition to just making the actual time to sit down and do the work, you have to get into the mental state to do the work. I know (to quote him again) that Stephen King says you shouldn’t ‘wait around for inspiration’ – but the process of creativity is still not something you can just turn on and off like a light switch.

That’s what made Daily Rituals: How Great Mind Make Time, Find Inspiration and Get to Work such an incredible discovery for me – because it was a book filled with anecdotes and recollections from more than 160 people who did get it – writers, artists, composers and poets who made a mark on history and society with the incredible creative material they produced.

These are the people who struggled with the same challenges I do – of balancing their creative career with the challenge of looking after a family, maintaining a relationship, having a social life, staying fit and active, just having a goddamned shower in the morning – and not going crazy during the entire process!

Within the first few pages of this book, I just felt this surge of validation swell up inside of me as I realized that I wasn’t alone, I wasn’t insane, and that the life I’d chosen for myself – to live off the back of my creative talents (meager as they may be) – was a legitimate, viable and real option.

The book grabbed me in Mason’s introductory section, when he wrote: “My underlying concerns in this book are issues that I struggle with in my own life: How do you do meaningful, creative work while also earning a living?” He got it. In fact, Mason Currey doesn’t just get it, he devoted an entire year and a half of his life to illustrating examples of the people who ‘got it’ and struggled with the same things he does, and I do, and presumably authors all over the world do. As Mason asks:  “When there doesn’t seem to be enough time for all you hope to accomplish, must you give things up (sleep, income, a clean house) or can you learn to condense activities, to do more in less time, to “work smarter, not harder”?”

In his introduction, Mason admits that he doesn’t answer the question in the pages of his book – and, in fact, many of the examples he gives show how some of the most renowned minds in history also failed to find the balance between comfort and creativity. In his section on Karl Marx, for example, it’s fascinating to learn how a man whose economic vision led to the Russian Revolution and changed the course of modern history actually lived in abject poverty for most of his life, sustained (barely) on handouts from his paradoxically-capitalist co-conspirator Friedrich Engels.

But for me, the best examples were from the resolutely pragmatic artists and creators – like Ernest Hemingway, who rose at 5:30am every morning, hangover be damned, and wrote ‘at first light.’ His advice to “stop when you know what is going to happen next” has been the most effective way to combat writer’s block that I have ever discovered.

W.H. Auden, the first example in the book, took amphetamines every morning to maintain his energy and concentration, and regarded them as one of the most important “labor-saving devices” in his “mental kitchen.” And as much as we might clutch our pearls at the casual mention of taking drugs to spark his creativity, it’s worth noting that amphetamines are the basis for most modern ADHD medication and I know my ability to sustainably write and publish is boosted considerably by prescribed medication not much different to the benzedrine that Auden would consume.

Throughout all the accounts that Currey shares, one theme rapidly becomes obvious: The most successful writers, artists, authors, composers and filmmakers were the ones who developed a daily routine – the ‘daily rituals’ that gave this book its name.

Being a creative person is often viewed as a very liberating experience, but to take all that freedom and channel it into a form that is productive, profitable, sustainable and achievable takes immense personal mental discipline that most outsiders simply don’t understand. Successful writers balance their creativity by channeling it through routines and rituals and the most successful of them are incredibly self-disciplined. As Auden states: “The surest way to discipline passion is to discipline time.”

This is the thing people don’t ‘get‘. This is the thing people who aren’t embroiled in this tempestuous life don’t understand. To an outsider, writers and creative people can seem weird, and quirky, and antisocial and almost pathological in their bizarre rituals. They can seem grumpy and tetchy if the routines they live by get disturbed – and I know this personally, because it’s one of the things that drives my wife batty about our relationship.

But to be able to understand the importance of rituals and routines, and be disciplined enough to stick to them, and carve out the time needed to get your work done – and develop a personal circle of people who appreciate and respect that – is vitally important. It’s the difference between a comfortable, sustainable career as an artist and literally tearing your hair out and going crazy as you try to wrangle the madness churning inside your head.

In the final part of my series on overcoming the obstacles to writing, I mentioned that asking for help is important. One of the ways you can get the support of people is the powerful use of the word ‘no’ – saying ‘no’ to other people when they ask things of you that encroach on your time, or your routines, or your mental store of energy and focus. If you don’t learn to say ‘no’, you’ll end up torn apart by the requests of other people, and the obligations they wrangle from you – as Francine Prose is quoted as saying in this book: “The world would pay me to do anything BUT write.”

In keeping with this, I actually reached out to the author, Mason Currey, and asked him for an interview to include on Hidden Gems – and he (very politely and kindly) said ‘no’, because (and I hope he doesn’t mind me quoting him on this) “If there’s one thing I learned from researching the books it’s that it pays to be somewhat ruthless about protecting your own time, so I’m trying to practice that in my own life.”

In many respects, that’s the most valuable interview question Mason could have answered!

If you’ve ever struggled with balancing your life and your craft, this book will be one of the most engaging and inspirational you’ll ever read, and I thoroughly recommend it. Read it, be inspired by it, absorb the life-lessons of some of the world’s most creative minds – and try and use them in your own writing career. 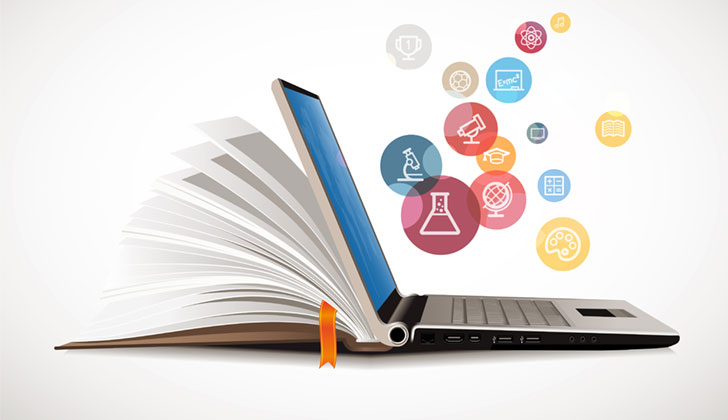 Combined Knowledge: You and Your Subject Matter Expert