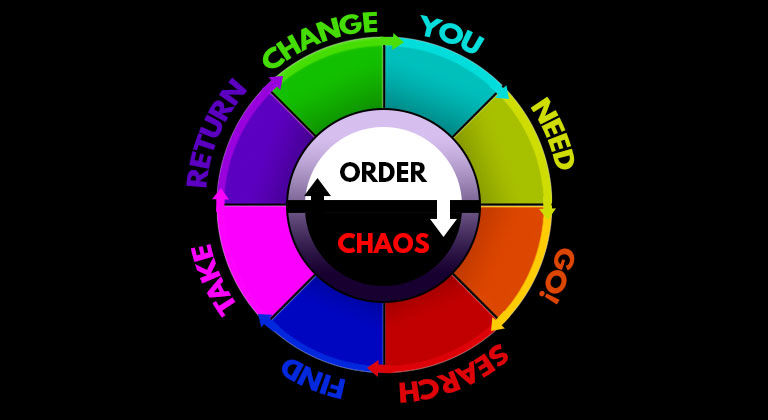 Looking for a new way to bring your stories and characters to life on the page? Dan Harmon’s “Story Circle” adapts and broadens the tried and true “Hero’s Journey” template to extend it for use with virtually any genre or story. Ginger takes us through how it works, and how you can apply it to your own novel planning process.

Go from Pantster to Plotter with this invaluable template for crafting your stories.

A few weeks ago, I wrote about the value of getting out there and interacting with your fellow writers. It’s gotten to the stage now in which my wife actively boots me out of the house on Thursday nights so I can meet with my writing group, and it’s done wonders for my mental health (and, by having me gone for two hours, hers too.)

Last week, though, we had a session that really blew me away – in which we did a deep dive into Dan Harmon’s Story Circle.

Dan Harmon, for the uninitiated, is an American writer, producer, and actor perhaps best known for the hysterical and mind-blowing Rick and Morty animated TV show. Disgusting gags and foul language aside, fans of the show can see that Dan delves deep into the hardest of hardcore science fiction for many of his story ideas, and his plots are so deeply rooted in uncomfortable human elements that if the show wasn’t a gross-out comedy, it would make for unsettling viewing.

During the 1990s, Dan Harmon found himself stuck while writing a screenplay, and developed something he called ‘the story circle’, which is loosely based on Joseph Campbell’s “The Hero’s Journey.” Fans of Star Wars, Lord of the Rings or just about any epic tale will be familiar with what’s known as the ‘monomyth’ – because it’s so ubiquitous, the concept of the hero’s journey pretty much encompasses all mythology.

As a romance writer, however, I know first-hand that Joseph Campbell’s story template isn’t as well-rounded for every genre. It works great if you’re writing sword and sorcery adventures, science fiction sagas, or other long-form adventures… but it falls flat with the beats of a romance novel, women’s literature, or police procedurals.

This is where Dan Harmon took some of the elements of Campbell’s 12-step template and distilled it down into 8 steps, split between ‘order’ and ‘chaos.’ I sat down with our writing group and they took us through various stories using Dan Harmon’s story circle as a guide – and, by jove, it worked. For everything. In fact, I came home and laid out my next romance novel using that exact template.

This terrific video by StudioBinder arguably explains the Story Circle better than I could, and it’s definitely worth taking a few moments to watch it:

StudioBinder also made a template of the story circle available here.

The Value of the Story Circle

So, why is the story circle so important? And why is it superior to Joseph Campbell’s so-called ‘monomyth’? Well, to my mind it’s because Dan’s story circle encompasses every story – from romance to short stories to episodes of Rick and Morty. The most fundamental aspect of it, I believe, is the fact that its rooted in character, whereas the Hero’s Journey follows a character, but his (and we say ‘his’ since it’s a pretty patriarchal story structure) motivations are as often external as they are internal.

What does that mean, exactly? Well, in Joseph Campbell’s template, things happen to the hero. In Dan Harmon’s story circle, their motivation comes from within. 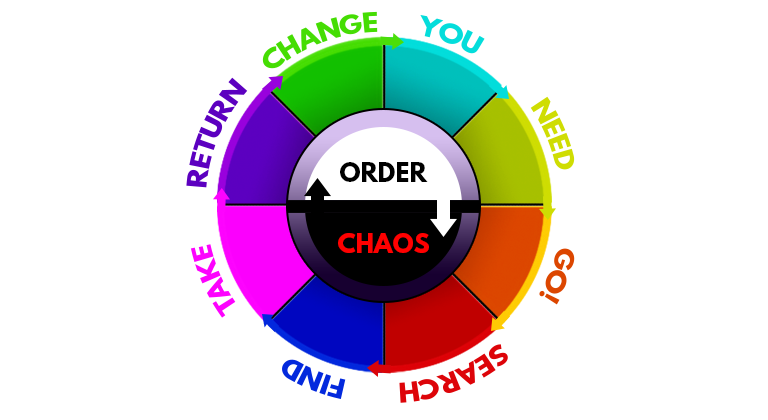 The eight steps are as follows:

Step one is to establish the protagonist of the story – the hero, or heroine. In addition to establishing the protagonist of your story, you also establish the world this hero or heroine lives in. This part of the story is at the apex of the ‘order’ part of the wheel, which means the world they inhabit is the status quo, and later the story will delve into chaos, or what Joseph Campbell described as ‘crossing the threshold.’ Again, this demonstrates where Harmon’s story circle is superior – because the Hero’s Journey is fine when you’re Luke Skywalker going into space, or Harry Potter visiting Hogwarts – but for romance novelists, or crime writers, the ‘chaos’ can be the same old world as before, just thrown into doubt and uncertainty.

The second step is perhaps the most important – the hero needs something. I read an interesting article the other day which described how the crux of any story is the hero’s need, not want. It has to be a burning, all encompassing, urgent need. This is what triggers the start of the adventure, and again, it’s superior to the Hero’s Journey because it stems from within the hero or heroine. Luke Skywalker was dragged along into space because of Obi Wan Kenobi. Bilbo Baggins was convinced to journey by Gandalf. In the story circle, however, the hero or heroine does something themselves to start the story, because they need something badly enough to take action to get it – whether that’s solve a murder, find a treasure, avenge a loved one, or find the perfect cupcake recipe.

Another way in which the story circle is superior to the Hero’s Journey is the fact that the hero or heroine’s actions – what they do to fulfill their need – is the catalyst for flipping order into chaos. Step three of this circle sees the hero or heroine do something to try and achieve their need, and make everything worse; flipping the status quo into the status quon’t (I just made that up) and really ramping up the drama for everybody. In the video above, for example, they cited that when Batman captured corrupt gangster Lau in The Dark Knight, he inadvertently unleashed the Joker onto Gotham City, making everything far, far worse. In addition to ramping up the pace of the story, this stage also invests the hero or heroine into the plot in a much deeper way; because they feel responsible for the chaos that ensues.

In this stage of the story, the hero or heroine is in the midst of chaos, and they have to find a solution – preferably one better than the solution they tried in step three, because that was what got them into this mess in the first place. On the website Channel101.fandom they give the example of Michael Douglas hacking the heels off of Kathleen Turner’s expensive high heels in Romancing the Stone – basically demonstrating that everything the hero or heroine thought they were gets stripped away, and replaced with what they need to become. I like this stage especially since it really brings home the idea that ‘nothing is won without sacrifice’ and that the hero or heroine is going to be forever changed by this experience. That, to my mind, is the essence of compelling story writing.

Following straight along from that – and at the opposite end of the circle from step one, in which we establish the protagonist as they were before – we reach the stage at which the hero or heroine realize that the changes they underwent in step four are for the better. It distills their true need, and also what they need to become to achieve it. From this point, there’s a purity of purpose and the reminder of the story sees chaos move back to order.

It’s always darkest before the dawn – and in every story, that buoyant moment in which the hero or heroine finds themselves is followed by an even sharper fall. In romance stories, this is where the hero and heroine break up for the second time – as always happens – and this time it looks like no resolution is possible. In adventure stories, this is where the bad guys beat the hero almost to death, but he uncovers their devious plot. It’s basically the point at which all the cards get laid on the table, and the path to what’s really apparent becomes clear.

The difference between moving from step five to step six and moving from six to seven is that the hero or heroine was irrevocably changed in step 5. They’re not searching for anything any more, they’ve found it – and losing everything in step six just clarifies the importance of that. This is the point at which the things-got-worse take a sharp turn. In romance stories, this is the point at which the dark and brooding bad-boy realizes the love of his life made him change his ways. In Star Wars, it’s when Luke Skywalker heard the voice of Obi Wan, and realized he had access to the force. Basically, this is the stage in the story in which the person the hero or heroine became in step five gets to use their new powers to solve the problem they only made worse in step three. It’s the climax of the story – in which the bad guy gets defeated, the hero and heroine get back together, or… you get the idea. It’s also the point at which the chaos the hero or heroine unleashed in step three gets restored to order.

This is the final act of the story. Rights have been wronged, love has been restored, and all is well… Except it’s also difference. The reason that this final segment is called ‘change’ is because while the world has been restored to order, the hero or heroine has been irrevocably changed by this journey. They’re no longer the person they were before, and that means the thing they were looking for in step two has become something they’ve found in a way they didn’t even know they were looking for. For the hero or heroine, the world has changed – but only because of the power and position they now have in it.

It’s all about the character

To my mind, the reason the story circle is so powerful is because it forces you to sit down and figure out the most important part of any story – how does the protagonist in it change? That’s the whole point of any story. Stories don’t have a beginning, middle and an end – like you were taught in school. They simply have a change. Jokes are funny because the punchline changes your perspective. Romance stories are compelling because the heroine changes the hero into the man he’d always had the potential to be. Tales of swords and sorcery are exciting because the heroes and heroines might learn new skills and develop new powers, but it’s their perspective that’s the most powerful thing they master.

I would strongly recommend downloading the worksheet above and plotting your own stories out using it. You’ll be surprised at how motivating and powerful the story circle is as a tool. 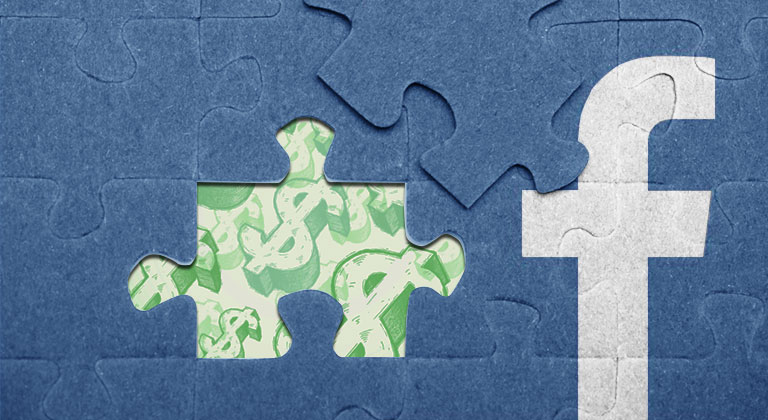 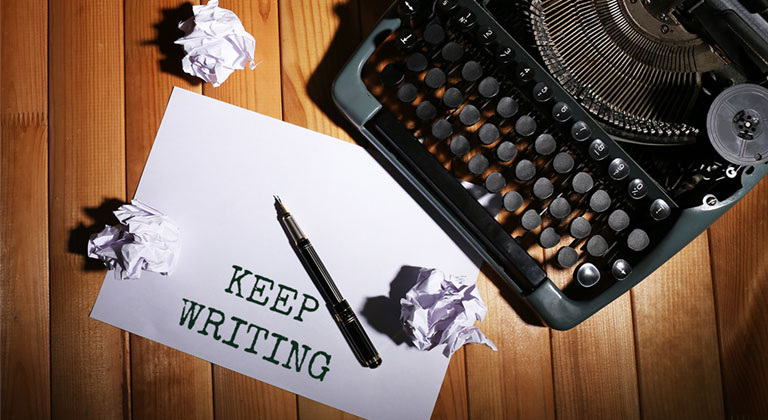