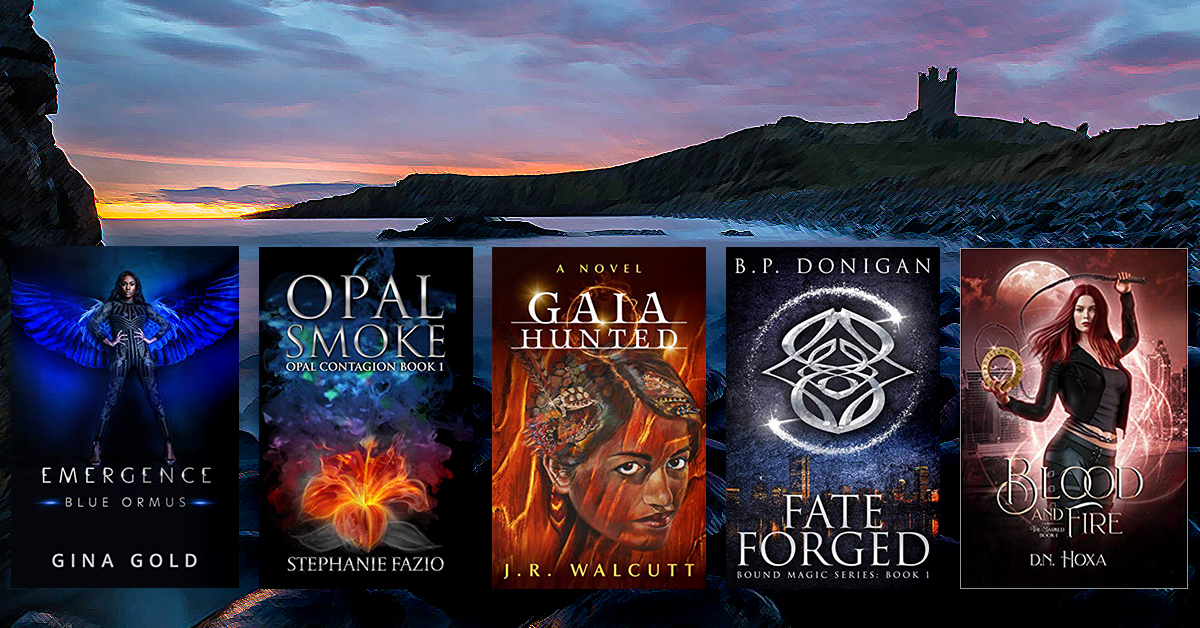 Conan the Barbarian can stand aside – the fast-moving fantasy genre is dominated at the moment by feisty, female protagonists and it couldn’t come at a better time. We’ve scoured the rankings from the last month or so and identified the five highest-rated fantasy books shared with Hidden Gems subscribers in recent weeks; and a strong woman driving the action is one thing they all have in common. Take a look and you’ll be hooked! 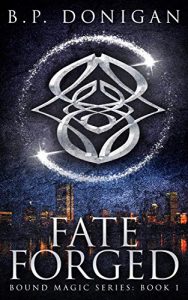 All good fantasy stories begin with a tough, scrappy protagonist – and in Fate Forged, you’ll meet Maeve O’Neill – a once-homeless young woman who’d managed to pull herself up despite the odds stacked against her. All this progress is threatened, though, when nightmarish visions of torture and murder plague Maeve – and her attempts to get to the bottom of this mystery see her burdened with magical powers that immediately attract the attention of two of the most powerful factions within Boston’s supernatural underground.

“An interesting premise, a page-turning plot, and multiple twists,” praises reviewer SuZReader in her 5-star review. “Superb world-building, an compelling protagonist who often acts in her own best interest because she’s a bit of a smartaleck, and a love interest who is as emotionally tormented as the protagonist. They all make this a good read!”

“A fun read with very engaging creative plot,” writes C. P. P. in another 5-star review. “This story immediately sucks you right in. The world the author creates is very creative and expertly described. This is a huge plus. The descriptions are witty and descriptive without being overly wordy. The author makes this world of magic believable with all its own intricacies. I loved the combination of genres – lots of action, magic, urban fantasy, romance, sexual tension, etc. The cliffhanger at the end is just enough to make me want to read more without being frustrated.” 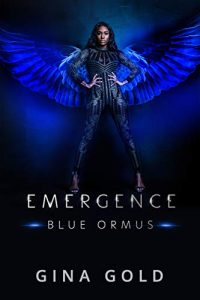 Author Gina Gold describes herself as a “performer, eco-feminist, animal and women’s rights activist” and a lot of the themes of her activism find their way into her truly remarkable debut novel – which sees a young African American woman discover superpowers rooted deep within; and this discovery opens her eyes to how she can take part in the fight for equality of all living things.

Gina’s powerful writing style and the diversity of representation and ideas crammed into this book make for a powerful tale, and its quite unlike anything I’d read before. I’m really excited to see where the author takes her bold, new narrative; and I strongly recommend this book for anybody who’s tired of the white-washed and weary Marvel/DC superhero universe.

Amazon Customer gave the book an unequivocal 5-star review, writing: “With its strong Black female lead, Blue Ormus offers a powerful image of Black Girl Magic. Most books and movies continue to feature white superheroes, and when diversity is at play, we rarely see a woman of color as the heroine. We need to see diversity in our heroes and heroines; see people in all kinds of roles in order to see ourselves in these roles, and it’s especially crucial for young women of color to see themselves.”

“A shorter story with more impact than some novels,” writes Morgaine Bowers in her 5-star review. “First and foremost, this book is written with a cast of characters that often aren’t seen-especially as heroes- in Science Fiction or Fantasy. This instantly made this book and the world built around the characters so much more fascinating to me. The themes and topics broached were handled in a direct, straightforward manner. It was so refreshing to have an author simply and directly state the views of their work. There was no hemming or hawing over the goodness or validity of women who engage in sex work. The only con to this book in my mind is that there was not more to read. I’m very interested to see if this evolves into a longer first book or if the series continues to be shorter stories.” 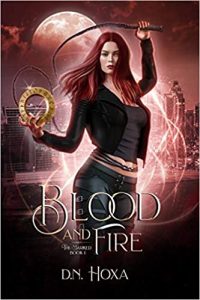 Blood and Fire by D.N. Hoxa

Normally, I spend a few lines writing a description of the book I’m recommending – but I can’t compete with Top-500 reviewer Kaye’s full-blooded, 5-star summary: “Holy hell! Hoxa hit the ground running with this thrilling piece of perfection riding this artfully composed bombshell, boasting one mind-blowing storyline and gripping plot, rocking this bad boy right on home, melding this baby together flawlessly.”

The tale of a disillusioned, one-eyed super-heroine, Blood and Fire manages to subvert so many of the cliches of this genre – making for a refreshing read that’s supercharged by the fast-paced and engaging writing style. As Kaye continues in her review:

“Coiled, knotted and tightly woven, displaying the explosive ups and agonizing downs, grounding in it’s simplicity and awe inspiring in it’s depth. Shenanigans, escapades and mayhem rule the roost, rolling with the drama, turmoil, intrigue, danger, spiraling suspense and intense situations, along with a double dose of moxie and sass while dodging deadly intents, you have one intoxicating masterpiece.” 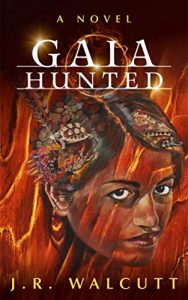 Mattie Fisher, a young Massachusetts middle school teacher, might initially be skeptical when she’s told that she’s a reincarnated Goddess – but as the veil between our world and the supernatural gets pulled down, she realizes that there’s a whole world out there which most of us are unaware of. This is a fantastic, fast-paced read that brings a whole world of religious iconography into play and delves deep into the true origins of religion and reality.

“Of War Gods and Middle School Teachers,” writes Caryn Drapkin in her 5-star review. “In Gaia Hunted, J.R. Walcutt deftly weaves the world of a pantheon of ancient gods, goddesses and soothsayers into the mundane world of Mattie Fisher, a young Massachusetts middle school teacher. As the story careens from the wild yet familiar streets of Salem on Halloween to New York, India and beyond, the onion layers of disclosure and realization are peeled away, both for Mattie and the reader. Although infused with humor and skepticism, this is no kids’ book, as the deadly seriousness of Mattie’s situation is apparent early and often. And in so doing Walcutt creates a unique structure of the internal dynamics of the gods’ world.”

“Page turner. Worth losing sleep over,” promises C. Brantley in a 5-star review. “I absolutely loved this book. A unique perspective on Gods and reincarnation. It wasn’t a straight forward story either. There were twist and turns that kept me interested the entire time. The author gave us a very realistic character growth. This book was worth losing sleep over. Can’t wait for the next one.” 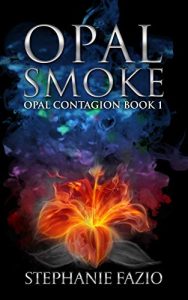 Many fantasy books get bogged down with complex world-building, and you’d think that would be a pitfall for Stephanie Fazio as she weaves the rich and engaging tale of a society split down the middle by a deadly contagion. Instead, though, Fazio manages to keep the action moving forward at a cracking pace; and racks up the tension as super-powered thief Liss finds herself responsible for saving her people from genocidal eradication.

“I love the fantasy genre but sometimes it can be hard to find a book that is different from all the rest,” writes Katie Wilks in her 5-star review. “This one didn’t disappoint. It combines a contagion that some are immune to and others aren’t. The people who are immune have abilities of all kinds. They are considered lowly and are hunted down. Mix that with two people who are enemies and you have an amazing story.”

“Great read,” writes Chrissi in her own 5-star review. “The world building was fantastic and the lore was interesting and something refreshing! The characters were well developed and story flowed really well. With action, drama, and intrigue this book kept me turning pages until early hours of the morning.”

You’ll receive invitations to read FREE fantasy novels just like these when you’re a Hidden Gems subscriber – plus daily offers for books in 15 other genres. You only need to read the ones you’re interested in, and all we ask is that you give the author an honest review on Amazon when you’re done. Sign up today! 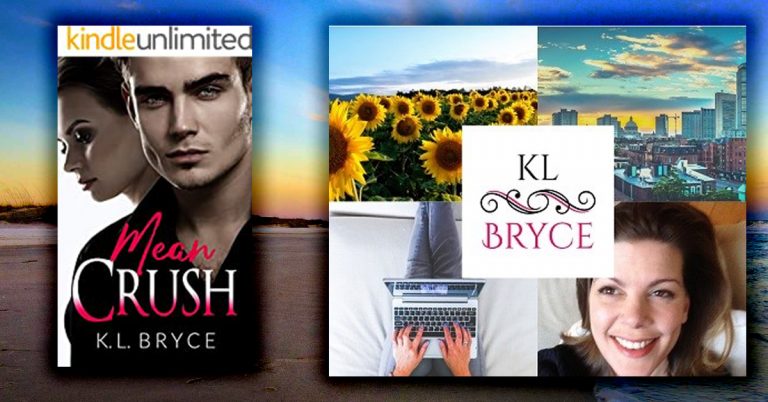