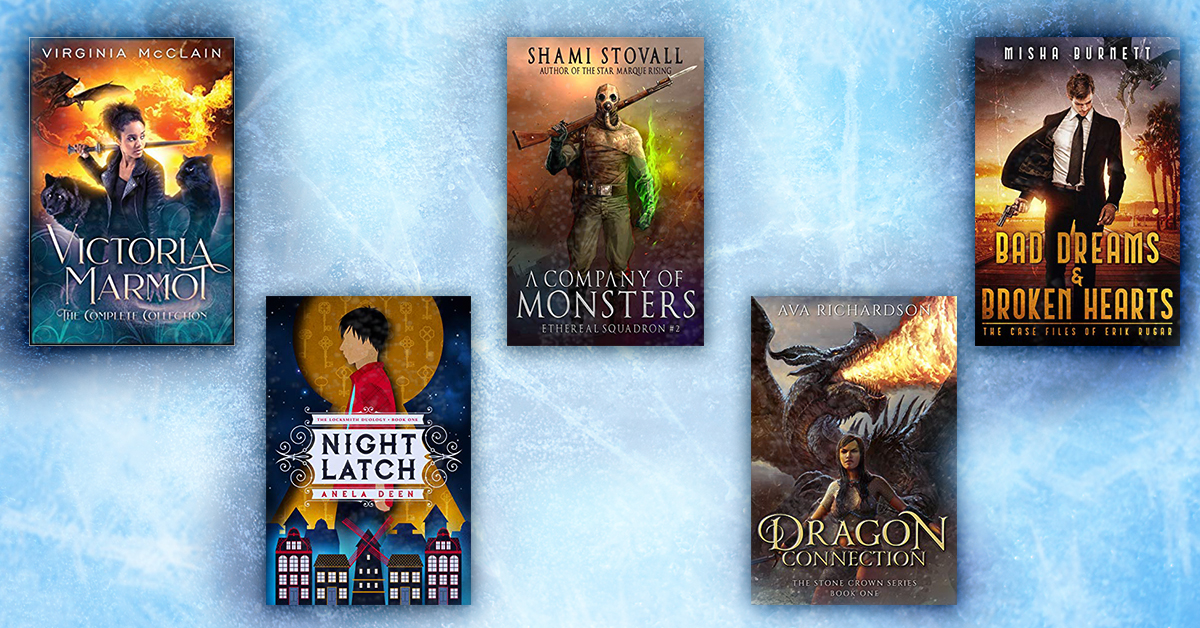 Hidden Gems subscribers were in for a treat over the holidays, as we offered up the chance to read a plethora of fantastic fantasy novels, delivered to their inbox FOR FREE! It was hard to choose from the dozens we sent out over the last few months, but based on reviews and engagement, here are the hottest titles from the last quarter of 2019. 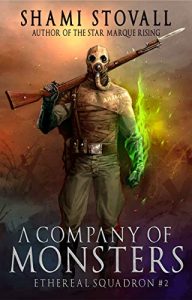 A Company of Monsters by Shami Stovall

Fellow history major Shami Stovall has already won over fans with her range of alternative history science fiction and fantasy novels, and A Company of Monsters is one that will instantly appeal to anybody who enjoyed Kim Newman’s Anno Dracula. Set in a twisted 1917 – with the Russian Empire on the verge of collapse – this World War I-set tale sees feisty female sorcerer Florence embark on an adventure behind enemy lines in order to prop up the Russian front long enough to spare the British and French from the full might of the German army.

Reviewer Bruce Parrello gave the book 5-stars in his review, writing: “Despite the fantastic aspect of the story, every character is well-drawn, and their motivations are easily understood, which makes the book very gripping. Even the bad guys are three-dimensional. If you know your history, you know the characters are going to be in Petrograd for the Russian Revolution, and you see the hopelessness of this awful event, as the nation descends into a bloodbath the heroes can’t possibly stop. But this is not a political story, it is a human one, and you will find yourself unable to stop reading. More than that, when you get to the end you will really want to read the next book, too!” 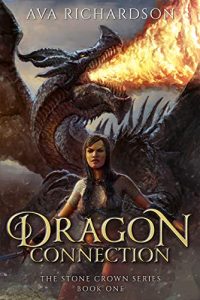 The legendary dragon riders of the Middle Kingdom come up against mechanical abominations in the first book of The Stone Crown Series – which sees teenager Narissea forced to escape from wrongful imprisonment in the labor mines to fight in a desperate battle for survival. With the fate of her people on the line, she has to embrace the courage not just to face the menacing Lady Inyene, but also risk losing everything she holds dear in the process.

“This is an incredible book!” Molly Harbridge writes in her 5-star review. “At times I was reminded of Game of Thrones– in particular Inyrene’s desire to conquer and create an empire. Having the ‘primitive’ Daza reminded me of Jean Auel’s Earth’s Children series and the mechanical dragons, well there are just not enough steampunk books to satisfy my appetite for the genre so thank you for adding this one. My only complaint is that now I have to wait for the sequel. Great job!” 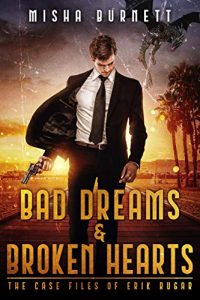 In this title, we’re introduced to the case files of Erik Rugar – a hard-boiled agent of the Criminal Investigation Division of the Lord Mayor’s Committee For Public Safety. Tasked with protecting the Sovereign City of Dracoheim from unauthorized magic users, this collection of tales sees a man with a revolver go up against beings of incredible might and magic – all set in a unique and vividly engaged contemporary fantasy realm.

“I thoroughly enjoyed reading this collection of short stories,” writes Jo in her review. “Honestly, I wasn’t expecting too much – just some romps in an urban fantasy world – but the world-building was genuinely fantastic. Seeing it slowly unfold through each of the short stories within…I’d read a hundred short stories in this world. The main character was also endearing, though a little derivative of similar works. He’s just a do-gooder who wants to help people, and is woefully under-equipped for the task compared to his adversaries. But he’s clever, gritty, and his whole thing with Miss Kitten’s girls is oddly sweet. I really liked him, which makes the fact that this is probably all we’ll get of him that much harder to swallow! I was also surprised that the stories end up being intertwined, especially at the end. That was clever, and again elevated it above other noir-esque collections.” 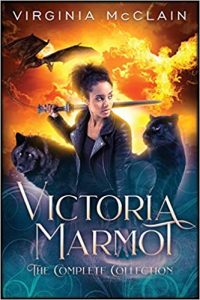 Hidden Gems subscribers got to enjoy all five of the fast-paced Victoria Marmot fantasy novels at once, in a collection that included all of the tales that have won Virginia McClain her fans. Centered around an ‘average’ teenage girl – with martial arts skills, mastery of multiple languages, and maybe a little bit of magic at her disposal – the stories delve deep into the rabbit hole of government corruption, conspiracy and betrayal; leaving Victoria faced with having to save the world from sinister magical forces.

“I was pleasantly surprised by the diversity in not only the different characters heritage, but personality types and unique interpretations of supernatural beings,” writes MilWal in a 5-star review. “Humor and snark in a contemporary fantasy. Girls can kick butt. Boys don’t have to like or be good at fighting. You can be attracted to the same sex, opposite sex, or both. Vic is almost an adult and her life has been repeatedly upturned recently. She mostly adapts well. The books for the most part are fast paced and she doesn’t have a whole lot of time for contemplation on the crazy situations she is sometimes quite literally thrown into!” 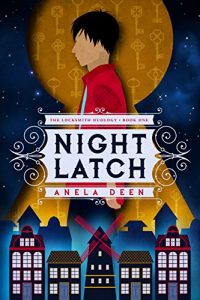 Life as a locksmith is much easier for Sam Alvarez thanks to his magical ability to open any lock with a touch and a wish – although that’s a power he keeps a closely-guarded secret. When a beautiful stranger arrives from out of town looking for Sam’s help, he has little understanding of the chaos he’s about to unleash – because his client is Death herself, and the lock she wants him to open unleashes demons and chaos into Sam’s previously peaceful world.

“I was immediately hooked from the first page on!” Branwen writes in her 5-star review. “I loved everything about this book but honestly my favorite aspect of it was Sam himself. He was just such a great, likable, down to earth character that I couldn’t help rooting for him no matter what shenanigans he got himself into! His dialogue and interactions with the other characters kept me engrossed and intrigued! I also love how unique this book is. I really don’t think I have ever read anything like it before and in a world of endless tropes, I found it quite refreshing! I highly recommend this book because it is a delightful read!”

Fantastic fantasy novels just like these are only the beginning when you’re a Hidden Gems subscriber! We’ll also send you daily offers to read and review books from any of 15 other genres. Pick and choose the ones you want to read, ignore those you don’t, and have access to some of the latest and greatest new books on Amazon. Sign up today! 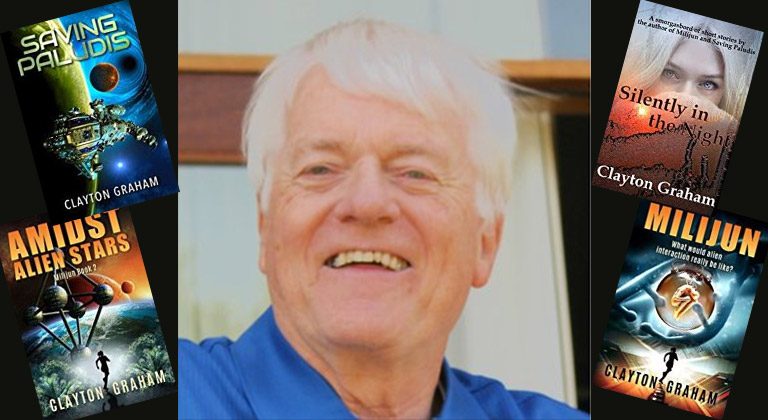