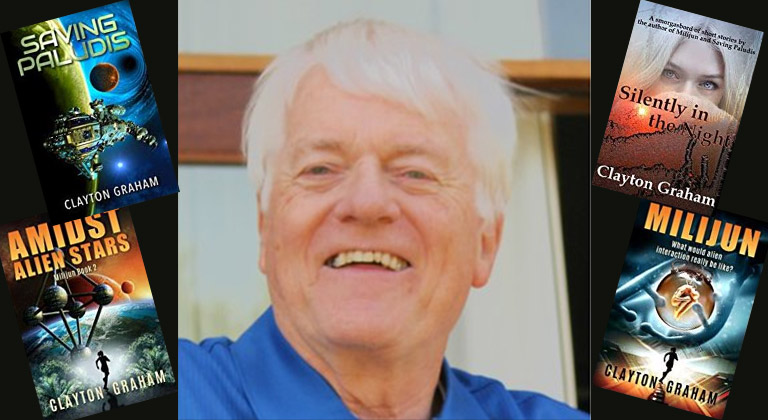 Continuing our series of author spotlight interviews, this week we chat to British science fiction author Clayton Graham, author of the Milijun series of books, which ponder the question of what first contact with aliens might really be like. Now living in Australia, Clayton braved the time difference so he could let us know what inspired his writing, and what he was working on next.

Clayton Graham’s colorful life led him from the cobbled streets of Stockport, in Great Britain, to a new home in Southeastern Australia. A former aerospace engineer, Clayton continues to look skyward with his writing – penning a thrilling series of novels based around the achingly plausible realities of a potential alien invasion – and the very human questions it forces us to answer.

Clayton was kind enough to chat to us about his writing and his inspiration.

HG: My first question is – who are you? Why Clayton Graham, and how do YOU describe yourself?

CG: I am a retired aerospace engineer, born in the UK but now residing in Australia, who was intrigued by science fiction from my early reading years. Combining future science with the paranormal is my passion. For the most part, I regard the paranormal as the normal seeking an explanation. I love animals, including well behaved pets, and all the natural world, and am a member of Australian Geographic. Why the pen name Clayton Graham? Why not? Writing is a different pursuit to my mainstay career, so I wanted something different but essentially linked. And I think it has a better ring to it! At the end of the day, I’m a retired guy who writes.

HG: So, when did you start writing? Did you pen stories as a kid?

CG: I was intrigued by ‘Journey Into Space’ on the radio – well before your time, and well before television. I loved the books of H.G. Wells, especially War of the Worlds and The Invisible Man. Also loved John Wyndham‘s stories The Village of the Damned and The Day of the Triffids. Read Jules Verne and a lot of Isaac Asimov.

I started penning short stories in my twenties, before the age of computers. Still have a lot of them in a file – all painstakingly hand written and about to be reborn in a collection of short stories next year. Writing short stories is a different challenge to writing a novel, one that I enjoy a great deal. My second novel Saving Paludis was initially scribbled out long-hand some years ago. Nowadays, of course, it’s straight into the computer, printed out and then gone through with a fresh mind and a blue pen [at least one cycle].

HG: Day of the Triffids was the first ‘real’ novel I ever read!

HG: So, was Miljun the first thing you published? What was the journey from idea to seeing it live on Amazon?

CG: Yes. Milijun is the first book I have published and is, of course, a dream come true. The novel actually started as a short story. The birth of the alien RNasia occurred in the short story, and when they decided to wing their way to Earth I knew it could not end there. I trust the book is about more than an alien incursion into the Australian outback. The story challenges the reader to contemplate our place in the universe, or multiverses (as we are now led to believe may be a possibility). I wanted Milijun to explore how humanity would react when faced with an intelligence it cannot understand.

HG: What are your plans for the series?

CG: All being well – a third in the series with, perhaps, a revisit to Earth. Before that though, I want to publish another book of short Sci-Fi stories. Also there’s a few cozy mystery stories floating around in my head seeking release.

HG: How did your career in aerospace influence your writing? Your stuff seems very plausible – that’s almost the most compelling part of it.

CG: I don’t think it influenced it, but it probably encouraged an inquiring mind. I spent most of my aerospace career in design and research – looking forward to the future if you will. It is probably something I was born with, enhanced by early reading. I like to think the universe has many surprises – it can deliver happiness and sadness with even the most mundane of activities. And its pretty big – and I mean it’s pretty big.

HG: I really enjoyed your blog – it explores some pretty amazing things!

CG: There’s always plenty to go at, and I try to keep the blog associated with science fiction or future technologies, or maybe something or somewhere linked to my books. I definitely avoid politics, though the temptation is hard to resist sometimes!

HG: So, talk to me about the writing. Do you have a desk? A writing space? Or are you the run-off-to-Starbucks kind of guy?

CG: Definitely no Starbucks. I have an office at home where all writing is undertaken. Better than scribbling away in an armchair, which is what I used to do.

HG: Do you have a desktop? A laptop? A journal?

CG: Anything which currently works!

HG: So, what’s the best advice about writing you’ve ever received?

CG: Never throw a piece of writing away, even if it’s unfinished. Even the smallest paragraph can contain a gem that you can use later, maybe even in an entirely different scene or context. Some of my short stories started off this way, and novels can spring from short stories. This is much easier with a computer on hand, though I still have some handwritten pieces from eons ago.

HG: Final question – if readers are interested in finding out more, where are you on the Internet?

Thanks so much for Clayton for taking the time to speak to us – and remember that you can read books from him for FREE – plus titles from many other authors – when you sign up to Hidden Gems. Subscribers receive an invitation to review books on Amazon from over 15 different genres, direct to their inbox each and every day! 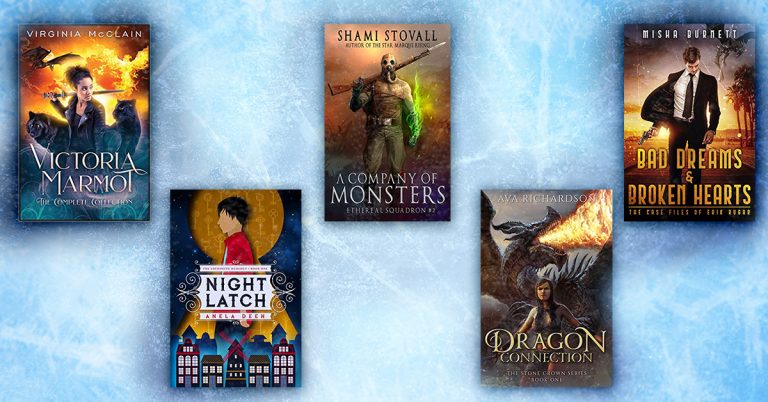 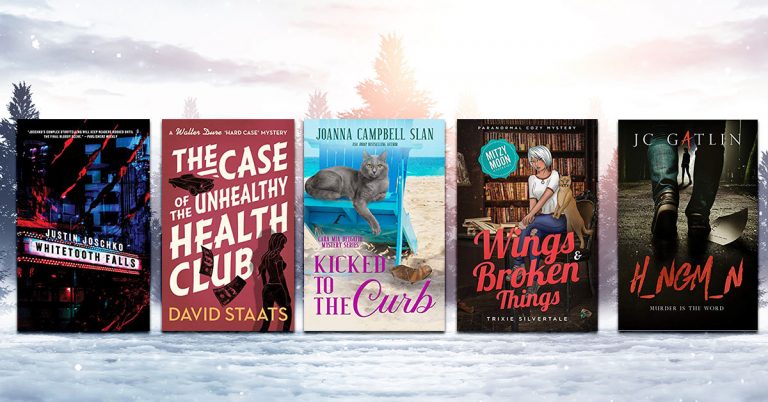 5 Magnetic Mysteries for the New Year