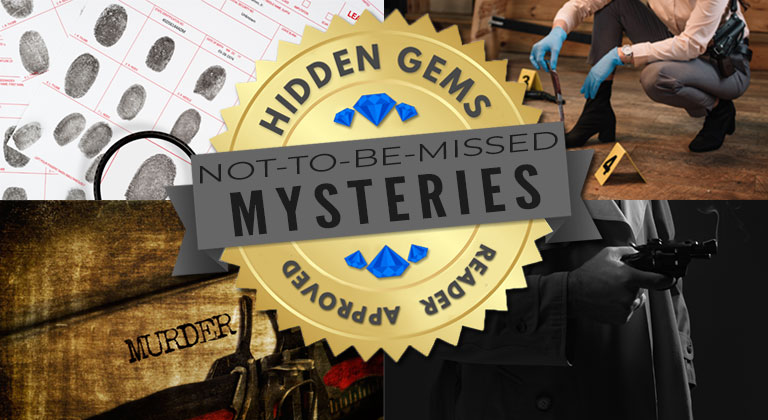 Hidden Gems offers subscribers the chance to review FREE books each and every day, from over 15 different genres. As a continuing feature of this blog, we’ll be looking back every now and again at the best recent books from individual genres; and sharing why we liked them. Keep checking for the latest lists, and become part of the action yourself by signing up to Hidden Gems.

Fall is the season for hot cocoa, crackling log fires and curling up with a good mystery book- cozy, or chilling. This fall, we’ve shared some fantastic mysteries with subscribers and have picked some of their favorites down below. 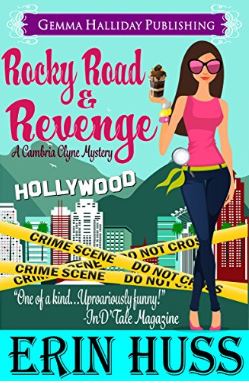 If the hot cocoa I mentioned earlier doesn’t appeal to you, maybe some Rocky Road ice-cream will? That’s certainly the case in this book, which is the second in Erin Huss’ Cambria Clyne Mysteries. It follows smart and sassy single mom Cambria, as she finds herself wrapped up in a confrontation with a Tinsel Town serial killer.

Amazon reviewer BrainyBlonde loves the character of Cambria – writing: “The author does a masterful job of weaving all the various elements of Cambria’s life together – her work/dealing with crazy tenants, her young daughter, the ongoing love triangle between her and the two hotties she has feelings for . . . (I’m #TeamTom, by the way) plus all the chills and thrills of searching for and unmasking a killer! Huss’ characters are vividly brought to life by her descriptions and dialogue, and they feel very distinct and real. Cambria is such an endearing hot mess of a heroine: She makes me laugh, and I love how she ‘never says die’ about anything. The woman is tenacious!” 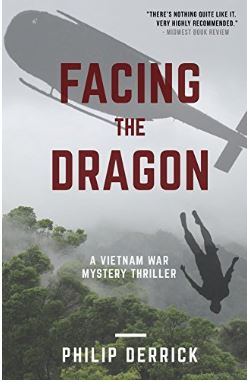 Facing the Dragon by Philip Derrick

Vietnam veteran Philip Derrick could have approached writing about his experiences in a variety of different ways; but he took a unique and thrilling direction nobody could have seen coming. Very much in the spirit of Young Bond and classic adventure stories, yet tinged with brutally frank depictions of this controversial foreign conflict, Facing the Dragon sees a 15-year-old boy thrust into the middle of the Vietnam conflict on the trail of a killer; and struggling to survive!

Paula Marc gave the book 5-stars, writing: “WOW! What a cool and ingenious story. I thought I had read pretty much every wartime scenario possible, but this one caught me by surprise. This inventive author entertained and captivated me page after page with a great story line and well-developed characters. As a former military guy, I was quite impressed with the accurate descriptions of equipment, weapons, and overall military nomenclature and structure. It is evident that somebody has been a direct observer of F.U.B.A.R. and other esoteric acronyms. The precise proof and editing work made this story pleasurable and easy to read.” 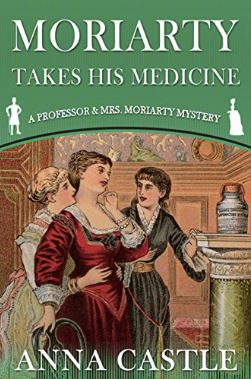 With multiple degrees in languages, literature and a masters in computing, author Anna Castle is a true renaissance woman (and she even attends renaissance faires dressed as one!) Her Professor & Mrs Moriarty series complements her similarly historic Francis Bacon mystery series; taking real life figures (in the case of Bacon) or out-of-copyright characters (in the case of Sherlock Holmes’ nemesis Moriarty) and making them the central character in thrilling historical mysteries.

Amazon reviewer Beth Wilson wrote: “I loved the story line and the characters. I enjoy the banter and rivalry between Holmes and Moriarty!”

“The book is fast-moving, with fascinating twists and turns,” agreed 5-star reviewer Amy R. She also liked the vibrant take on these classic characters, and wrote: “Despite its setting in history, this book portrayed men and women as equivalent partners.” 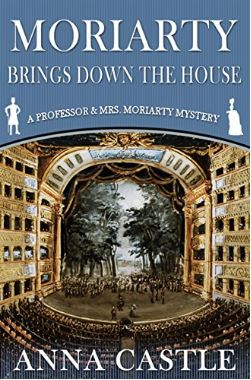 Moriarty Brings Down the House by Anna Castle

When we find an author that can write a good mystery book, we don’t mind sharing them twice! Anna Castle returned this fall with the third book in her Professor & Mrs Moriarty series, and eager subscribers snapped up the opportunity to read and review it. This time, Sherlock Holmes’ legendary nemesis is hired to uncover the cause of a series of spooky ‘accidents’ at a West End theater; and uncovers far more than he’d anticipated as he unravels the mystery.

Reviewer Marilynn Larew wrote: “Anna Castle’s knowledge of Victorian English theater informs the twists and turns of her plot in an exciting way, and the conspiracy Moriarty uncovers comes as a surprise. A well-written and interesting book. Highly recommended!”

“This is a great series!” writes WJH in their 5-star review. “The Sherlock stories viewed from Professor Moriarty’ perspective, who is not at all the fiendish ‘Master of Crime’ that he was in Conan Doyles’ creation. Well-written, with interesting plots and a likable cast of characters.” Despite this stellar 4.7 average rating, this book still has a few review dings, but WJH writes: “I think the less-favorable reviews were written by die-hard Holmes fans who will never accept an amusing and critical version of the detective.” 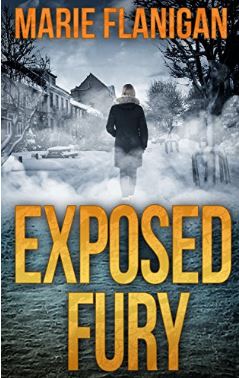 We’re big fans of mysteries with strong female protagonists, and author Marie Flanigan has crafted an awesome one in the form of Annie Fitch – a former police officer invalided out of the force, now trying to make it as a private detective in a sleepy Virginia town. When she’s hired to find evidence of a local Lothario’s cheating, she thinks it’s going to be an open and shut case… Until the man she’s following winds up dead.

Amazon reviewer MD writes: “I read this book like a Labrador at an all-you-can-eat buffet. There wasn’t one part that wasn’t delicious. I’ve been to Leesburg, Virginia, and the place came alive as I worked my way around plot and sub-plot, and sub-sub plot. There was just the right amount of levity and sexual tension to keep my interest (this is NOT a romance, but there are interesting tensions), and enough twists and turns to keep me guessing without making my head spin. The best thing about the book is the leading lady, who is flawed and recovering from traumatic brain injury (SUCH AN INTERESTING CHOICE!), but also self-sufficient, intelligent, and capable.” 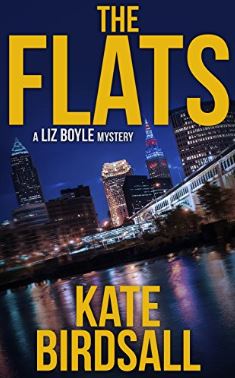 The Flats by Kate Birdsall

There are cozy mysteries, and there are not – and Kate Birdsall’s taut Cleveland-set mystery is definitely in the latter category. Following police detective Liz Boyle, the book leads us on the trail of a brutal child killer; and an unraveling conspiracy that threatens to bring Liz’s world crashing down around her.

Reviewer M. F. Soto-Schwartz gave the book an instant 5-stars, writing: “Liz Boyle is hard boiled, but not so hard boiled that she doesn’t sometimes cry in the shower. She’s smart, sarcastic, and in the early parts of The Flats she sometimes made me laugh out loud. As I read the last section of the book, though, the only sounds that came out of my mouth were gasps. Birdsall’s debut mystery is perfectly paced, taking us on a purposeful journey through various clues and false leads until it reaches a climax that kept my heart rate up for a half hour after I finished the book. The Flats has everything I want in a mystery: a compelling and fully developed sleuth; well drawn additional characters; local color (and accurate details about the Cleveland area); and tight plotting.” 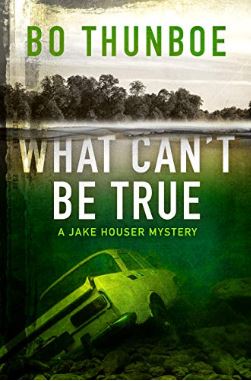 What Can’t be True by Bo Thunboe

Detective Jake Houser has no idea how deep the tendrils of corruption go, when he begins to investigate a human skull fished from the bottom of the local lake. As his own family is implicated in a deadly conspiracy, his loyalties are truly tested; and the line between right and wrong gets indelibly blurred.

Reviewer jenny really liked how Jake was forced to investigate his own family – adding a new twist to the mystery formula. “This book was well thought out and well written. Even the bad guys were somewhat likable. Just when you think you have it figured out how everything fits together, it’s something different than you expected. Makes it a lot harder that Detective Houser and the sheriff were related and worried about protecting family. I was kept interested from the beginning right up until the end!” 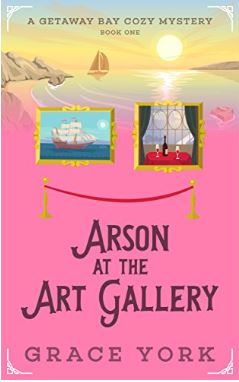 Arson at the Art Gallery by Grace York

Addison Lake retired to Getaway Bay following the death of her husband – looking for a quiet way to reflect and rebuild her life. Instead, she was thrust straight into a murder investigation, when a corpse turns up in the rubble of her cousin’s burned-down art gallery. As owner of a bed-and-breakfast, Addison is the last person you might imagine could solve a murder – but with the help of her insightful friends, she might be the best chance her cousin has of proving her innocence.

“Fun, entertaining, quirky,” wrote reviewer Brenda Telford when she gave the book 5-stars. “I had no idea who the killer was until the reveal!”

“Well-written,” agreed reviewer Nadine Vrijhof, “and I never guessed whodunit until the very end. Very enjoyable and exciting! Easy-to-read and that’s harder to accomplish than it sounds. It had a good feel to it, it felt natural. The Australian sweltering heat came through just fine.”

If you’re looking for a little chiller thriller this autumn, or just to cuddle up with a good mystery book, Hidden Gems has you covered. Sign up today and you’ll get your pick of books just like these – only from the genres you’re most interested in reading. 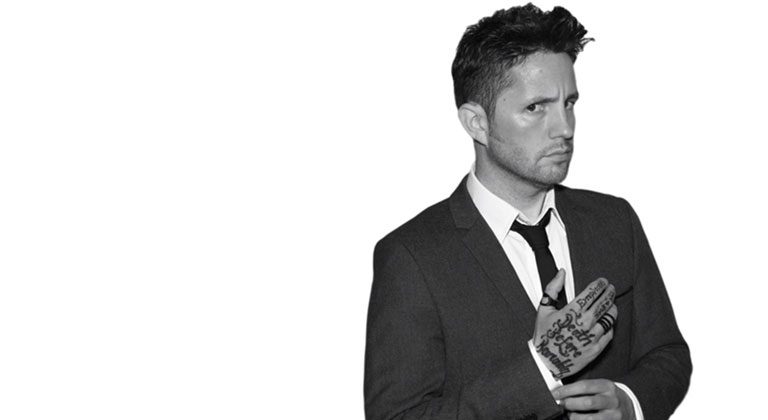 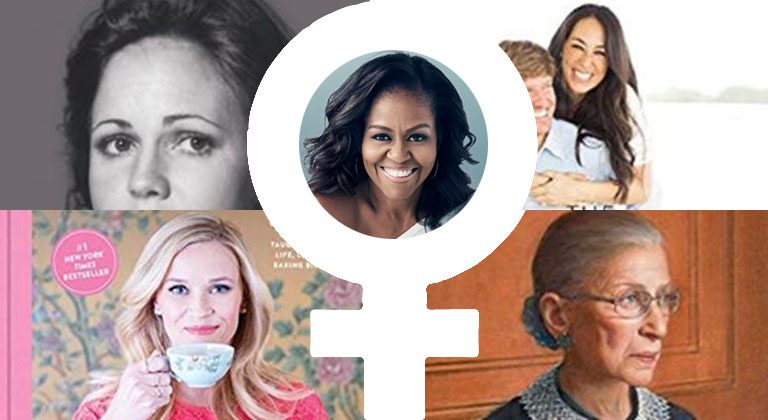