How to Frame a Novel 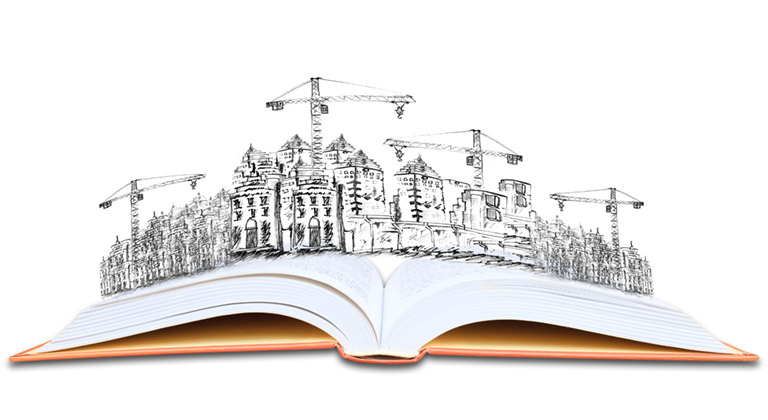 Whether you consider yourself a plotter or a pantser, starting a new novel can be daunting.  But before you even put pen to paper, it’s a good idea to think about the overall framework of your novel. The building blocks of your book are what give it an air of familiarity to readers of your genre, and making sure you’re meeting expectations is a great place to get started.

I was recently having dinner with another writer, and she complained about how difficult she was finding writing her novel because she wasn’t sure how long the chapters should be.

It was a comment that took me by surprise – because I have spent years writing chapters however-long-they-turn-out-to-be, with my only length criteria being the advice from Chris Fox that they should be ‘potato chip’ length, so that after one is finished the reader keeps promising themselves “just one more.”

However, my friend was adamant that they should all be a consistent length – and then, when I spoke to another writing friend, he started quizzing me about whether the first plot twist should go at the 20,000 word mark, or 35,000, based on the ultimate length of his novel.

It turns out a lot of people had similar thoughts – about the conventions, protocol and framing of a novel; and how many words each part was meant to be.

Now, this isn’t a bad instinct at all – in fact, it’s a great one (more on that later.) However, it’s one step in a much bigger journey, and I think you shouldn’t put the paper before the pen when it comes to this topic.

Should you frame your novel?

In recent blogs, I’ve written about how story and writing are two very different things. Your story is what happens, and your writing is how you tell it. When it comes to the topic of storytelling, a good place to start is Dan Harmon’s Story Circle – and it’s a good place to end, too; until you get your story figured out.

Remember, your story is separate and unique from the style of writing with which you choose to tell it. It needs to follow the flow and beats of a story – the rise and fall, the peak and the plummet, and then the return to the familiar, after undergoing deep and profound change – and without that you shouldn’t even bother thinking about how you intend to write it.

But, once you do, the framework of your story is just one choice you can make, in the same way you can choose to write your tale in the first-person, or third-person perspective.

Just like those styles of writing can make your story familiar to readers of that genre, there are certain conventions to how your novel is assembled that will help ease readers from a particular genre into your work. For example, a lot of romance books are written in first-person perspective, with alternating points-of-view between the hero and the heroine.

A standard, ubiquitous ‘frame’ for a romance novel is a he-said chapter, followed by a she-said chapter. On and off, alternating, throughout the book.

Just like the beats of a melody, the rhythm of a book should be predictable and repetitive – almost like hypnotic suggestion – and to deviate from the he said/she said alternating chapters is like suddenly hearing a kazoo during the crescendo of a philharmonic orchestra.

So, when you’re planning out your books – that is one of the frames we’re talking about.

Further to Chris Fox’s suggestion, a lot of modern thrillers by authors like Lee Child will have chapters of a uniform 2,000 words – and that’s another ‘frame’ that makes them familiar and easy reading for fans of Lee Child and other thriller authors. You don’t have to do it – but it’s expected, and it’ll make it more likely for your writing to appeal to readers who anticipate that sort of writing style. Think of it like turning up to a black-tie event in a denim jacket. Sure, you can do it – but you might not get invited back!

A lot of authors have resistance to this, because they want to tell their story ‘their way.’ And they’re entitled to do that. However, if you want to keep telling stories, and appeal to a larger and larger audience, it’s worth learning the conventions of what they like and having the empathy to craft your story to suit them.

At the end of the day, your story is different to your writing, and while writing to the conventions and beats of your genre might take you out of your own comfort zone – it puts you into the comfort zone of your reader. It makes them more likely to engage with your story; and ultimately come to embrace you as an author. It’s kind of a sacrifice of ego thing – but once you realize the power you wield in being able to write flexibly, the reward will be more than worth it.

As I’ve said before – writing is a craft, not an art. Your job is to convey the story in the most compelling way possible, and that can be in any of countless different styles of writing. Whichever style you choose, though, the events of the story will always remain the same; because that’s the art and magic of the whole thing.

How do you frame a novel?

Framing a novel is like framing a house – it starts with knowing what it is you’re trying to build!

I mentioned above that many contemporary romance novels are written in alternating points-of-view between the hero and the heroine – that’s a good place to start.

I’d recommend picking up three Kindle Unlimited books from the best-seller list of your chosen genre and seeing if you recognize any conventions shared between all three of them. You might find none – one book could be written in third-person perspective, one could follow the alternating points-of-view between the hero and the heroine, and the third could be entirely from our female lead’s point of view! But the chances are you’ll immediately spot some elements that remain consistent, especially the more you hone in on books specific to your niche.

The same goes for every other genre of book – only literary fiction gives a carte blanche to authors (and their sales generally reflect that.)

Once you’ve got that, it’s time to lay out a chapter guide, and work out the major beats of your story (in a story circle, each of the ‘nine steps’) and then mapping them out. In a romance book, that means the chapters alternate between ‘him’ and ‘her’ and this can lead to challenges when the story-crucial event that happens to her occurs when it’s supposed to be his chapter.

Likewise, a thriller written with 2,000 chapters can become breathtaking as your plot thickens. I’ve regularly penned books with chapters that number into the hundreds, and that’s when I realized that you should be going for big, chunky, satisfying potato chip-sized chapters, not the flaky chips you get in a school picnic lunch.

In the hands of a disciplined author, this framework can eliminate writer’s block for good – which is presumably why so many authors use it, and it defines the popular genres that inspired us to write our books in the first place. In short, it works.

In fact, I think it works so well, I often find it ironic that literary fiction – the ‘good’ stuff, according to the snubs – shuns such frameworks. In poetry, people praise poets who weave their words within the structure of a haiku or sonnet. Personally, I think it takes a similarly talented, poetic mind to tell their novel-length story within a tight framework, rather than however you want. I know readers engage with such writing more, so maybe us genre authors are actually more poetic than our high-minded ‘literary’ rivals!

Know the rules – and then break them!

Pablo Picasso once said: “Learn the rules like a pro, so you can break them like an artist.” I think this is true of writing, too.

I really hit my stride as an author when I embraced the format of a traditional romance novel – the story beats and his/her alternating chapters so common in my favored niche. I wrote eight novels in my series exactly like that, until I suddenly went wild with a trilogy that bucked this trend.

In my first book, I split the book into Parts One and Two, using non-linear narrative to tell two parallel tales. In the second book, I split it into three parts – the first entirely from the heroine’s perspective, the second part alternating between her and a lover she wasn’t destined to end up with, and the third from her perspective, and those of her two loves-of-her-life (a reverse menage, in other words. So, a chapter from her, then from Lover #1, then back to her, and then over to Lover #2.)

Yes, it bucked the trend – but because I’d done so, the readers who’d been with me for three or four of my previous books loved it; and it was my most embraced book yet.

The third follows a his/her alternating chapter style, but has two sections told from the alternating perspectives of two other couples who inhabit the same shared universe, each with their own mini-romance subplots. It’s three books in one, almost! Only with a shared plot.

Having become a craftsman in your chosen writing style and genre, you will then have earned the freedom to turn your craft into art. It’s a thrilling and adventurous time as a writer – but it’s very important to remember what brought you to that point, and learn to follow the rules first. Everybody has to pay their dues before they can break out – but in the world of self-publishing, the exciting part is that ‘paying your dues’ is one of the few things in which your dues pay you (in the form of book royalties.)

This is a contentious topic, for sure – so if you disagree with me, or have thoughts of your own, I’d love to hear them! Leave them in the comments section below! 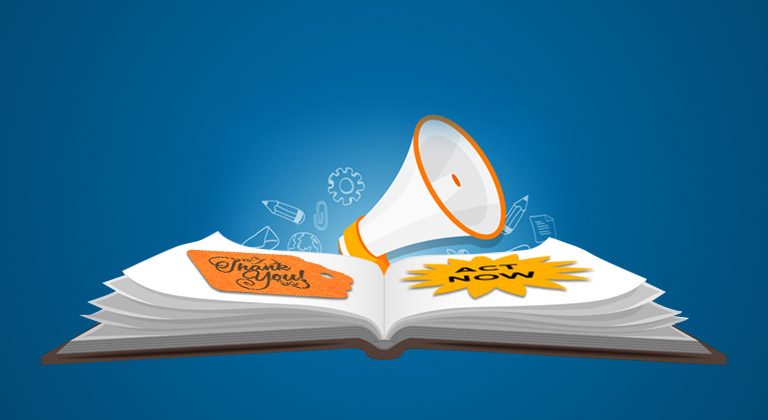 Why Your Back Matter Matters 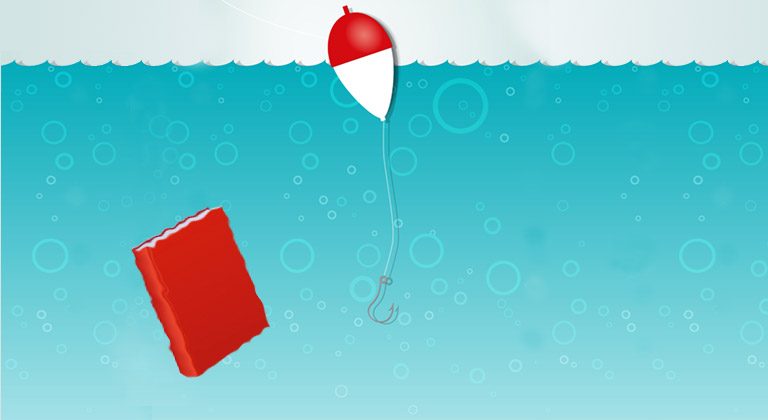 Stop Fishing for a Best Seller – Find Your Hook!