This week we speak with author Cora Foerstner, the creative talent behind the Fortinbras Files series. A self-proclaimed eccentric, Cora was crazy enough to sit down with us to chat about her inspirations, motivations, and what she’s working on next.

HG: So, first question – who ARE you? How does Cora Foerstner describe herself?

CF: That’s a complicated question. As with all people, the things I’ve done and been have shaped the person I am. I travel and lived in South America; I’ve owned and run businesses; I’ve taught English at the university level; I raised four children. The person I was when I was twenty probably wouldn’t recognize the current me. However, I’m basically the same person I’ve always been. I’m an introvert, who can sometimes act like an extrovert. Teaching probably has a lot to do with that. Speaking in public and teaching forced me to be more outgoing. I’ve always told stories. I love research. I’d describe myself as a walking conundrum: I can be focused to the point of ignoring everything else, yet distracted by ideas and new technology.

HG: Did teaching lead into writing? What inspired you to launch into that?

CF: Teaching didn’t lead to writing, but it did help me become a better writer. At some point, I got the crazy idea I could be a teacher and spend my summers writing. Reality set in when I discovered that teaching required 60 plus hours per week. And, I taught in the summer. When I was about ten-years-old, I must have said something like “I’m bored” because my father said, “Go write a novel.” His words shocked me. “I can do that?” I asked. That inspired my scribblings. My spelling was terrible, but I didn’t care. I started writing stories and never looked back. I used to share my stories with my brother. He was my first critic and editor. He loved comic books, and we both loved science fiction, which influenced my stories. I filled notebooks and had the terrible habit of throwing them away when I finished them. Someone told me I couldn’t write, which didn’t stop me from writing, but it influenced my decision to toss my writing in the trash. To this day, I’m surprised when someone likes one of my stories.

HG: I get that. I think we all have imposter syndrome to a certain degree. So, what are you working on right now?

CF: I’m finishing the second draft of a Steampunk mystery, and I’m outlining the next Fortinbras novel, which takes place shorty after “Revenge.” The Steampunk mystery is set in Los Angeles in 1890. I’ve had a lot of fun with this one. I was born in LA, grew up in the suburbs, and have lived in Southern California off and on between my adventures. The history and the diversity of the area fascinates me. I fell into a maw when I first started researching the city. I wanted to write a Steampunk story. I found a book about the LA police department and immediately the possibilities for a mystery/adventure story emerged. The idea for the story and several of the characters grabbed me, and I never looked back. Populating LA with automatons, airships, eccentric scientists, and adventurous characters fit the time and the city perfectly.

HG: Oh, my goodness, I LOVE the sound of that! And, yes, I totally can see LA being the PERFECT venue! So, the Fortinbras files were the first stories you published, right? What inspired that dystopian future?

CF: Yes, the Fortinbras Files were the first stories I published. I published “Justice” (a short story) and “Fortinbras” (novella) because I wanted to do a couple of short ebooks to figure out how the publishing process worked. I fell in love with my characters and the world, and realized I had a lot more stories set in this world.

People who read “Fortinbras” kept asking me about Jo. They wanted to know what happened to her. “Revenge” came from those questions. I now have several books in the Fortinbras’ world planned. My inspiration: About three years ago, a group of us were sitting around talking about what the future would look like if climate change kept going at the pace it was. Someone said, “Rich people are going to be screwed because they won’t have survival skills and money will be useless.” Then he went on to explain why money would be useless. His comments caught my imagination and inspired Fortinbras and his world.

If governments collapsed, diseases spread, more and worse natural disasters happened, who would survive? People would need to be fighters, farmers, crafts people, and people who could repurpose technology and other found items. Bullies would be in their element, using force, intimidation, and violence to become leaders and subdue people. While others would band together and help each other. The bullies would be a danger to everyone.

I didn’t imagine major nuclear events happening, but natural disasters. Instead of putting a rosy picture on things, I wondered what would happen if the worst happened: diseases, earthquakes, volcanic eruptions, terrible storms of all varieties. Governments would collapse, the population would be decimated, birthrates would plummet, food shortages, etc., etc. That’s when I remembered some of the things scientists and the military are doing now to prepare for climate changes. I’m a news junkie and have a bazillion pieces of random information floating around in my mind. In my world, forward thinking people wanted to save the human race, preserve knowledge, and train people to help others survive. The Legates were born. I borrowed the idea from the Romans. Legates were wealthy statesmen, who ran the government, and were also military leaders.

In Fort’s world, a group of scientists, people from other disciplines, military leaders, and world leaders saw the coming collapse of civilization and gathered to figure out how to save as much as possible. They prepared for every disaster they could imagine and recruited people to help. Of course most of this background isn’t in the stories. I didn’t want to write another survival after the apocalypses story, so the books take place about a hundred years after the collapse. The population is still low with high mortality and low birth rates. The Legates have made some progress, but they are struggling to bring back civilization from the ashes of human folly.

There are a few towns, some villages, as well as nomads. People who gather into communities want safety and a better life. The nomads despise those who create communities and live by “might is right” code, taking what they want. The Legates help and protect the communities. Fortinbras, Corday, and Archangel met at the Legate Academy. Jo’s brother and only protector died in the novella, and Fort with his knight-in-shining-armor complex, rescued her. Sorry this turned out so long. As you can tell, I love this world and its characters, even the not so lovely ones. In this world, life is hard, and everyone is broken.

HG: My next question was – are you a plotter or a pantster? How extensively do you plan things out before writing?

CF: I probably fall somewhere in the middle. I lean more toward plot, but my plotting isn’t so detailed that I don’t have room to follow scenes where they take me. I learned this the hard way.

Writing is easier for me with an outline. I don’t rush the planning stage. I think about things, play with ideas, run over scenes in my mind, think about each characters’ arc. I usually figure out the basic story events. I play around with whatever idea has caught my fancy. I look for the end as soon as I can. My planned ending is always general. The details happen when I’m writing. Once I have the ending, I can figure out the theme, which shapes the whole story.

For me the beginning is the most difficult. When I’m ready to write, I start with a place holder opening scene, and return to the beginning when I’ve finished. I think I revise the opening scene more than any other scene. I used to start writing too soon because I was excited about an idea. I’ve started and not finished more novels than I’d like to admit. The unfinished stories happened when I rushed the process. A basic outline, key scenes, and a theme help me figure out where all the characters are headed. I also have finished novels that will never be published because they are bad. I consider them my apprentice work.

Having said that, I have a caveat. The finished novel is never exactly like the outline. Anything can change as I write. I get better ideas; I see holes in the plot; I realize my first outline wasn’t logical; sometimes a new character appears. I like to think that the changes are my subconscious mind at work, solving problems I didn’t know existed. When I wrote “Revenge,” I felt the antagonist was shallow, and I couldn’t figure out what was missing, until I wrote a scene that moved into uncharted territory. She revealed things about her past I didn’t know. That was a key moment for me because I finally understood her and what she was doing made sense in her weird, crazy mind. When I went back and revised her chapters, everything fell into place. I knew how things had to go. My outlines are usually 5 to 10 pages. I have a friend who works from 80 page outlines. I want my outline to be loose enough that I can be surprised by characters and events.

HG: So, do you have a writing space? Or do you run off to Starbucks with your laptop? What’s your writing schedule?

CF: I have an office. I’ve tried writing at a coffee shop, but I prefer my office space because it’s quiet. If I’m outlining or brainstorming, Starbucks works, but for writing or revision, the music and the noise are too distracting. I write everyday, but if something comes up, I’ll play around and make up for it later. If I’m on a roll, I lose track of time and write most of the day. If the writing is slow and tedious, I aim for 2,000 words and will quit for the day. I’ve found when the writing is hard stepping away makes more sense. I do plan holidays. For example, when a new expansion of World of Warcraft comes out, I take a week off.

HG: That’s worth celebrating! What’s the best piece of advice about writing you’ve ever received?

CF: Put the seat of your pants in the chair and write; make a realistic daily or weekly word count goal. That’s two things, but they go together. I used to make outrageous word count goals for myself. Now, I’m more realistic. I don’t write fast, but if I meet my goal, I make progress.

HG: Brilliant advice! Okay, final question – where can readers go to find out more? Can you share all your social links/website etc?

Thanks so much for Cora for taking the time to speak to us – and remember that you can read books from her for free, along with many other hot new authors, when you sign up to Hidden Gems. Subscribers receive an invitation to review books on Amazon from over 15 different genres, direct to their inbox each and every day. 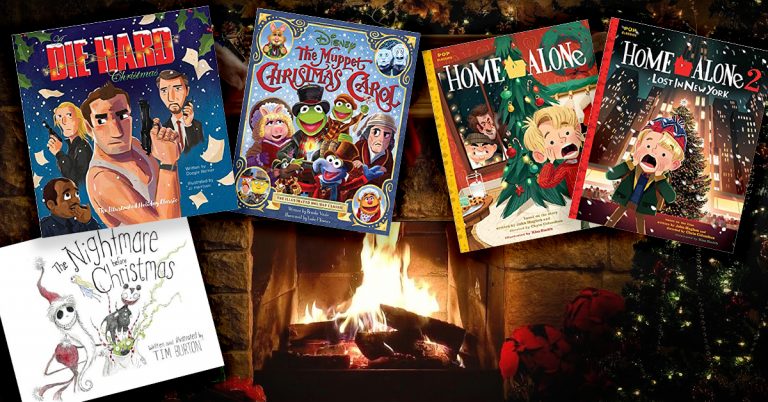 5 Holiday Classics – As You’ve Never Seen Them Before! 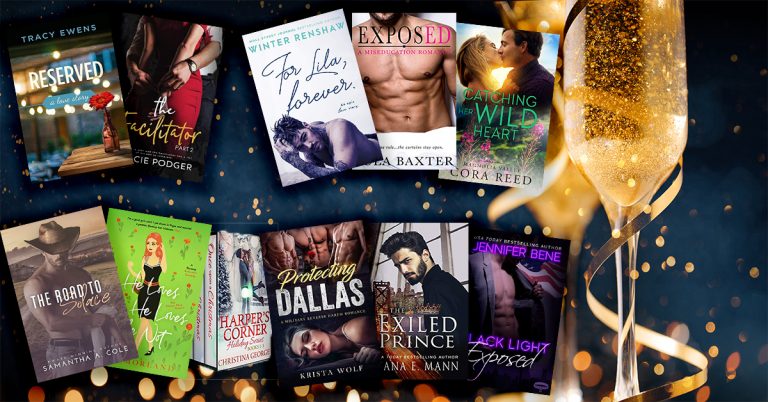 The Hottest Romances of 2019