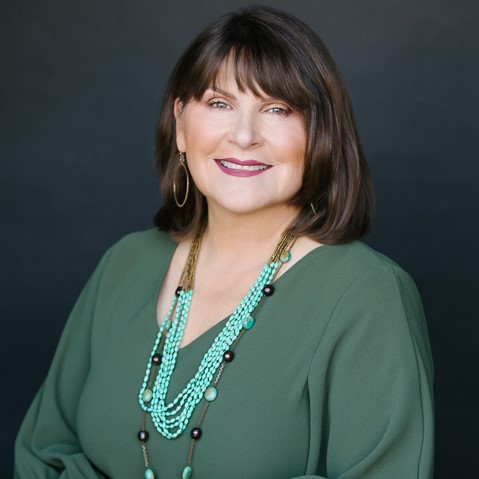 Today’s interview is with women’s fiction author Julia Brewer Daily. Her debut novel tackles topics of adoption and motherhood and has received much advance praise. It was wonderful to learn more about her writing journey, why this book is important to her and about her upcoming projects.

JBD: I’m a Texan with a southern accent. I lived most of my life in Mississippi and now I will be buried in Texas. My writing is straight-forward, not too flowery, with southern voices and relatable characters. I use cliff-hangers, raw emotions, and tension to propel the reader forward and keep them reading.

HG: Fantastic! It’s release day for No Names to Be Given, congrats! Who is your audience and what can readers expect from this story?

JBD: I think of this story as Women’s Fiction, but the men who read it surprised me and liked it. They said it informed them about birth mothers and social mores in the 1960s they did not know. It is almost the perfect book for book clubs and their discussions. With the lawsuits surrounding Roe vs Wade and the topic of adoption or abortion, conversations about same-sex adoptive parents, open adoption records and removing children from their original cultures to name a few, this book will generate some rigorous, if not heated, debates. 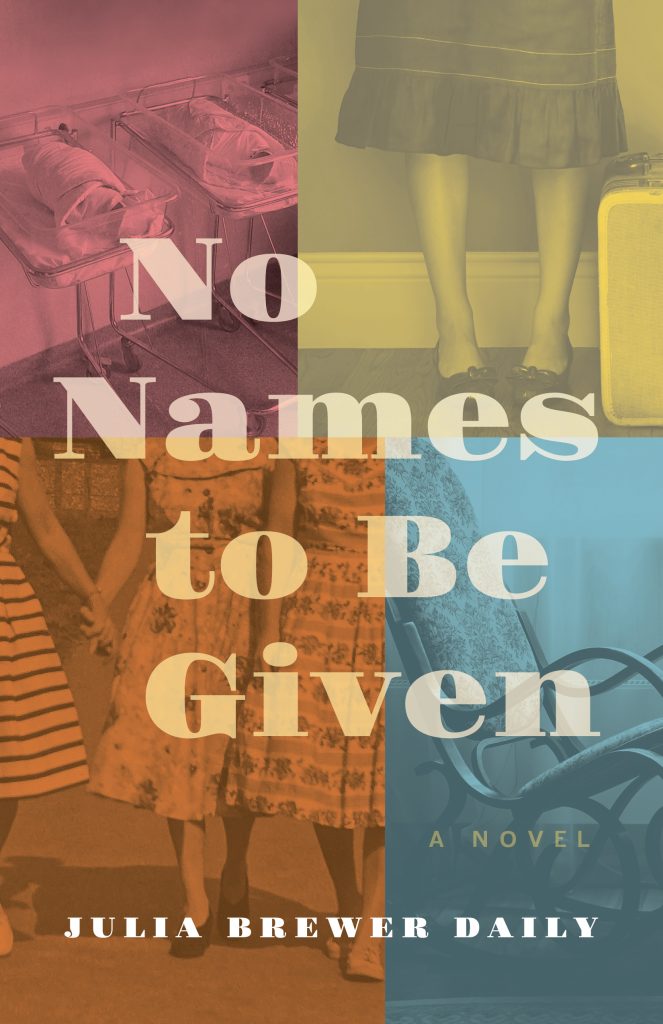 HG: Oh wow, yes. Sounds like an incredible book club pick. So tell us, why this book and why now?

JBD: This book has been in my subconscious for 40 years. It is memoir-like in that I am an adopted child from a maternity home hospital in New Orleans, where my protagonists meet and relinquish their babies for adoption. Years ago, I was the public relations director at a liberal arts college in Jackson, Mississippi, where I was allowed to take a few college courses as part of my compensation package. I opted for writing classes and wrote about being adopted for class projects. That was more than 20 years ago. When we moved to Texas, I found the file with writing assignments and that began the process of writing my novel. Some of those projects found their way into the book.

HG: That’s incredible. And thank you for sharing that with us. What feeling do you want to leave people with when they finish one of your novels?

JBD: I think the ending of this book is bittersweet. Most people who read advance copies found the ending satisfying. I believe I tied up most of the loose ends. Some readers want me to write a sequel from the adoptees view point or from one of their favorite characters.

HG: Oh, those sound like nice sequel ideas. For fun, if No Names to Be Given was made into a movie, who would you cast?

JBD: There may have to be two sets of actors because the protagonists are 18 years old in the beginning and in their 60s in the end. I think Jennifer Garner, Reese Witherspoon and Kat Dennings would be great as the main protagonists. Sherman Moore, Idris Elba or Michael Jai White would be a great love interest and a Patrick Dempsey-type for my politician in the story. One of the adoptees in the novel is bi-racial with blue eyes. I would love to see Stacey Dash from The Good Doctor play her.

HG: Love those choices. I’m picturing it already. Could you tell us more about how adoption has changed since 1960?

JBD: In the 1930s-1980s, unwed mothers were shuttled away to have their babies, relinquish them for adoption and return home as if nothing transpired. Society mores caused shame about having sex, becoming pregnant and being unmarried. There were few birth control methods and abortion was illegal. Today, much of that scenario has changed. Many young, single-parents are choosing to keep their babies and their parents may offer support. There are state and federal programs to provide funds. With a reduced number of newborn babies to adopt in the U.S. many parents-to-be adopt from other countries. There are still 125,000 children in the foster-care system and a need to adopt older children in the U.S.

HG: Thank you for that information. Switching gears, tell us a little bit about your actual writing process. Did it change during the pandemic? When and where do you write?

JBD: My dogs wake me up every morning and I walk and feed them. Then, I go for a 20-mile bike ride. Somehow, listening to audiobooks combined with exercise invigorates my mind and I write as soon as I return home. Usually, I write for two hours daily. We live on a remote ranch in Texas, so my routine did not change during the pandemic.

HG: That’s inspiring! What a nice routine. What would you say is your interesting writing quirk?

JBD: I don’t know if this is a common quirk among writers, but I can see my characters on the “Big Screen” while I write. They are already in a movie and playing in my head. I see what they are wearing and how they interact with each other. I hear their words as I write them on the paper.

HG: Love that. What has been your favorite thing to happen during the Advanced Review timeline?

JBD: Some reviewers contacted me to let me know their own adoption stories. A few were birth mothers from the eras depicted in the novel; others were adoptees or adoptive parents. More than 100 million in the U.S. have adoption in their immediate families, so this topic strikes a chord with most people. Also, there are 125,000 children in the foster care system. I hope this book shines attention on those waiting to be adopted, especially the older children or teenagers.

HG: Absolutely. What has been the most challenging part of your publishing journey?

JBD: I think for most writers it is just making time to write every day. Because my career was mostly in public relations and marketing, I find excuses to dwell on that part of the journey and neglect writing my second book. I say I want to “put the first one to bed first,” but I think it is more fun to promote a book than to create another.

HG: Makes sense! What do you like to do when not writing?

JBD: Of course, I love to read. I have become hooked on contemporary thrillers lately. I listen to audiobooks, so those keep my attention whether I am driving across the country or riding my bike on the back roads of my rural county. I belong to a great book club and listening to their discussions helps me to understand readers’ thoughts more thoroughly.

HG: If you could ask your author idol one question about their writing, writing process, or books, what would it be?

JBD: I would ask Harper Lee about writing such difficult topics as rape, inequality, and race in the south and why she only wrote one book. I would ask her about how receiving a Pulitzer Prize changed her life. I guess that’s more than one question!

HG: Great questions! I’d love to know those answers as well. What can you tell us about any projects you have in the works?

JBD: My second novel is in progress. It’s set in my adopted state of Texas and is about a female heir to the largest ranch in the state. Owning a ranch has given me greater insights into the operation of a large tract of property.

HG: Nice! Keep us posted. For readers that want to find out more about your stories and keep up with you, where should they go to connect or learn more?

JBD: The best way to keep in touch is by checking out my website or emailing me.

If you love to read and leave reviews on Amazon, and would like to get books from authors like Julia Brewer Daily for free every day, then sign up for the Hidden Gems ARC program. Each day we send out emails with offers of free books in over 15 different genres, and you’ll only be sent the genres you’re interested in and the books you want to read. Sign up for as many or as few as you have time and interest for, we’ll keep the eBooks flowing as long as you want to keep on reading and reviewing! 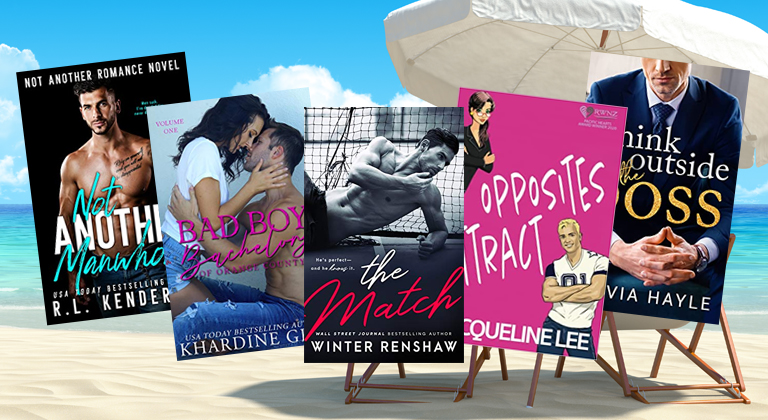 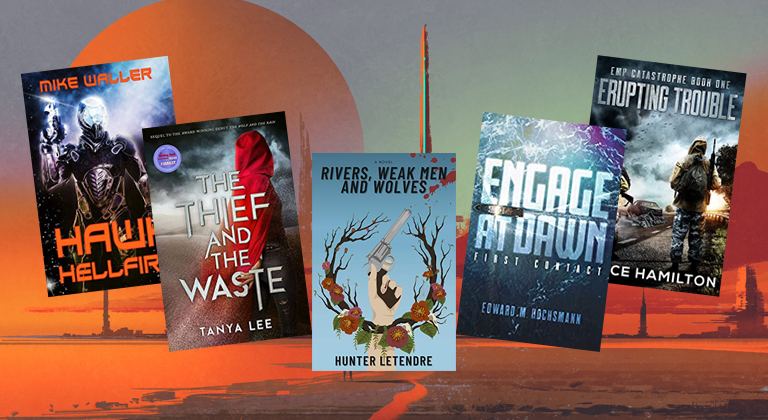 Science-Fiction Novels for the Imaginative Mind