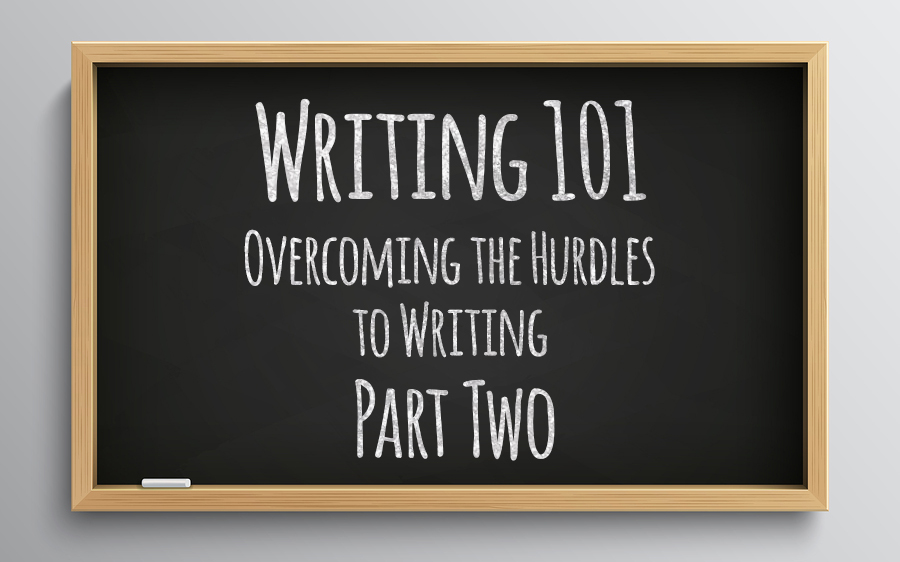 Overcoming writer’s block is one thing – but sometimes there are more tangible obstacles to getting your writing done – like taking care of your body and mind. In the second of a four part series on overcoming the hurdles to writing, Ginger continues his plan to get you focused on writing and clear your path to success!

Physical fitness is not only one of the most important keys to a healthy body, it is the basis of dynamic and creative intellectual activity.

So said John F. Kennedy, 35th President, an avid reader and (unknown to many) once a respected writer for Hearst Newspapers.

It’s a thought shared by many creative people – and some of the most successful writers have managed to get that way by understanding that their body isn’t just a sack of meat they inhabit, but a living, breathing machine that can play an important part of the creative process.

In part one of this series, I spoke about the mental blocks you might face in taking responsibility for finding the time and focus to write. Today, I want to discuss how it’s important to take responsibility for your health, as well. Improving your physical well-being can have a dramatic effect on your creativity, focus and imagination – and it doesn’t take much to see a huge impact.

If you want to get better performance out of a car, you tune the engine.

Your brain and body are exactly the same – you just need to use a different set of tools.

Once you’ve sat down and looked at your life and realized that you want more – more time and opportunity to write, for example – it’s often not as simple as just deciding to do it. The fact is, if it was that simple you’d be doing it already!

This is one of the secrets of life that they don’t tell you – the richest and most successful people in the world didn’t just get there through ‘hard work.’ They got there through ‘smart work’. They have the same number of hours in the day as everybody else – they just happen to use them more efficiently. This isn’t a moral imperative – they’re not ‘better’ than anybody else. They just happen to have been taught how to do it; and one of the saddest things about life is that more of us don’t get taught the same things.

It’s like comparing a man with a shovel and a man driving an excavator – obviously the truck is going to be able to clear and carry more, but not because the man controlling it is working harder; it’s just a more effective tool for the job. In fact, the guy with the shovel is probably the one working the hardest!

So, if you’re daunted by the idea of getting up at 5am, or staying up until 3am – because you don’t know how you’ll find the discipline to do it, or the strength to function for the rest of the day – don’t feel bad! This isn’t some failing on your part. You’re not lazy, or undisciplined. You just haven’t been trained in how to do it… yet.

For me, this has always been two-fold. The first is how to actually find the strength to do the thing – in my case get up at 5am – and then it’s how to use that time as effectively as possible. As I said earlier, successful people don’t have any more hours in the day than you do; they just use them more efficiently.

One way to make yourself more efficient is to work on your body as much as your mindset. I’m not saying to hit the gym, or run marathons – although that’s great if you can do that. Rather, I’m suggesting making choices that improve your health and the efficiency of your body.

In fact, I have a number of writing friends with serious illnesses and disabilities who got very upset when I first suggested this – saying “I can’t ‘work on my body’ like you’re suggesting” – and that’s a 100% valid concern. If you have an autoimmune deficiency, or are in a wheelchair, or have any other serious health issue it’s probably offensive to have some perky chap with ginger hair pop up and tell you “you need to tune your body.”

One of the things that attracts people with health issues to writing is that you don’t need to be as physically active in order to succeed at it. However, on reflection, the friends with these issues who I’ve spoken to often accept that there are certain choices they can make to improve their efficiency somewhat, even if they’ll still suffer from very real and debilitating health issues. It’s all about asking yourself: Can you do even a little better for yourself? And if the answer is yes – then you owe it to yourself to do so!

Okay, so what do I mean by ‘get your body in order.’ What are some practical, manageable tips that could help improve your health, and see that benefit go on to improve your writing?

Well here are some suggestions:

I always giggle when people use the term ‘sleep hygiene’ because it sounds like something that requires soap and water; but in reality it’s simply the practice of sleeping better and more efficiently.

More than anything else – more than food, even – sleep is the most important and easily improved variable in your quality of life. Once you get yourself into a steady, disciplined sleep routine, your brain and body will work so much more efficiently it’s practically unbelievable.

Yet in this day and age, sleep is one of the aspects of our lives that suffers the most. We stay up too late, we sleep badly, and then when some ginger knob like me suggests getting up at 5am it’s simply impossible – or else you do it once or twice, and then flake out because it’s not sustainable.

Once again – don’t feel bad! The fact that you can’t get out of bed at 5am on your current sleep routine isn’t because you’re lazy, or due to some moral failure (despite what some health and fitness gurus on Instagram might be making you feel like). It’s simply because you haven’t set up your sleep schedule to make early mornings, or late nights, a reality.

The first thing you need to do in order to utilize the extra time that you identified is to get more sleep, and sleep more efficiently.

I could write an entire article about how to sleep better – but instead I’ll just link to one I wrote earlier. Very quickly, though, here are some suggestions for you:

Seriously, the improvement you’ll see in your life after getting enough sleep is remarkable. Not only will you feel better, brighter and more alert – but you’ll potentially lose weight, have a stronger immune system and find yourself more focused and efficient during your waking hours.

Get enough sleep – it’s 100% the most important way you can improve your life.

Another smarter choice that you probably know you can make involves food.

Second only to sleep, food is one of the most important factors in determining your efficiency; and just like with sleep, it’s an area in which we’re all struggling these days. The problem is nobody gets taught enough about food growing up, and what we are taught tends to be wildly inaccurate.

The idea of getting enough sleep is ubiquitous – but when it comes to food I think different people will find different diets and schedules work better for them than others; so I’m not going to pretend to be a dietitian and advise you on the ‘right’ diet. All I will say is that you need to stop for a moment and consciously think about the food you eat; and what impact it might have on your body.

Ultimately, what style of eating is best for you is a decision you’ll have to make for yourself – but do make it. Next to sleep, the biggest health benefits you can experience are when you start consciously eating better; and your life and writing will improve as a result.

Get Some Physical Exercise

I used to be a bit of a gym nut and spent an hour pounding weights every day, but not everybody is cut out for that. You don’t have to be. All I will say is that every day you should try and spend 20 minutes working up a light sweat – even if it’s just from walking the dog. Getting the blood pumping and the muscles moving will help your body run more efficiently, and if you do this exercise before you write, you’ll definitely see the benefits.

Obviously how much exercise you can do depends on your circumstances – I mentioned earlier that I have friends with health issues who obviously can’t lift weights or run marathons. Yet even they can try forms of yoga, deep breathing or other exercise programs that suit them; and the benefits are remarkable.

Even if you don’t turn into Arnold Schwarzenegger overnight, by making conscious decisions to improve your sleep schedule, diet and exercise routine, you’ll reap all sorts of benefits; not least of which will be a more focused and efficient mind for when you actually start writing.

Do Some Mental Exercise

One suggestion I initially scoffed at to improve my writing was the idea of doing mental exercises, as well as physical ones. Having tried some of them, though, I can now confirm that I am a believer. The brain should be treated like a kind of muscle, and should be regularly stretched and toned in the same way as the rest of your body.

Taking some time to practice mental exercise can help sharply with focus and efficiency, and also stave off other ills that often plague writers; like depression. Obviously none of these measure are going to replace appropriate therapy or medication – but I’ve found them to help a lot.

There are a whole host of other things you can do to help train your brain just like you do your body – and what works for you is deeply personal. Just remember to look into it, as mental health is one of the most often neglected parts of our lives and yet one of the aspects that can have the biggest impact on our health and happiness.

Okay, so we’ve covered getting your mind and body in order – what’s next?

Next week we’ll discuss an even more practical approach to claiming ownership of your writing career – and how you can leverage the power of routine and habit to supercharge your time and focus. Stay tuned! 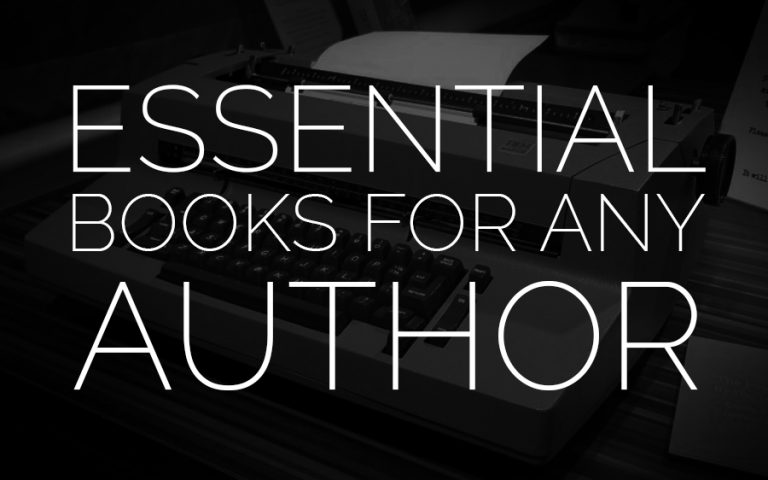 5 Books Every Aspiring Author Should Read 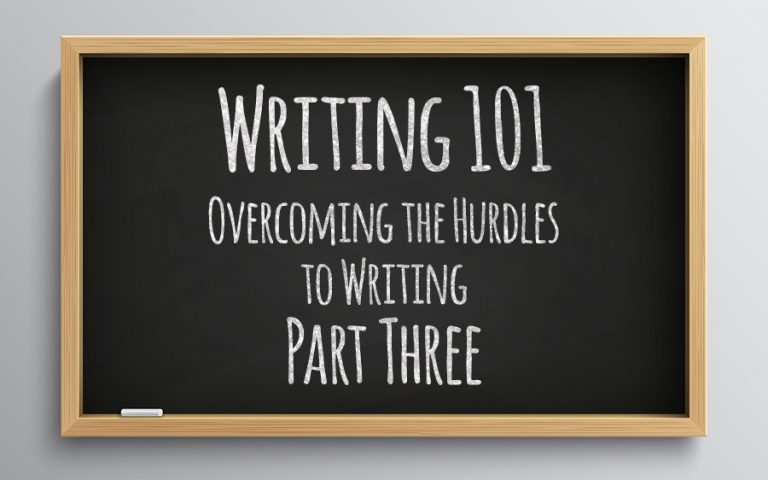