Write a Blurb That Sells Your Book 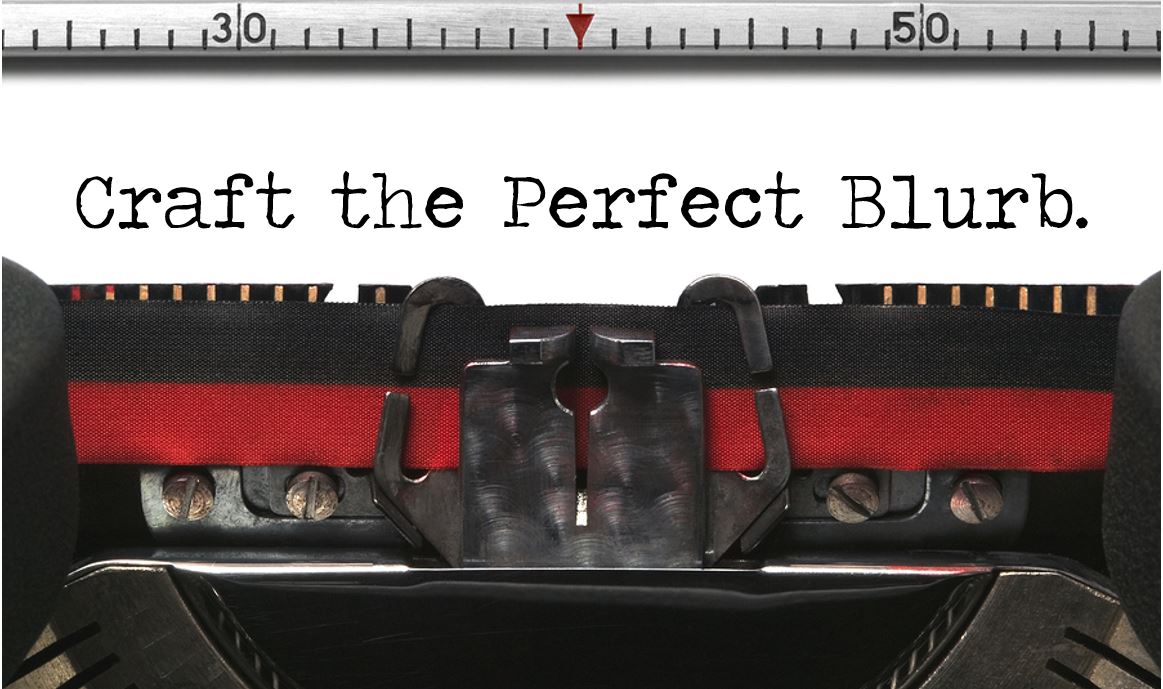 Crafting a killer blurb is one of the key ingredients to a successful book – yet too many authors treat it as an afterthought or leave it until the last minute.

Anybody who has been writing and self-publishing for a while understands that the key to success is ‘conversions.’ What does that mean? Well, it’s the likelihood that somebody who visits your book page on Amazon (or any other book seller) will actually click ‘buy’ and purchase your book. It really is what makes all the difference – you can sink thousands of dollars into advertising, and send hundreds of potential customers to your book page, but unless they are inspired to buy your book, all of that time and money is wasted.

Once they get there, though, it’s down to your concept, blurb and reviews to convince a reader that your book is the one they want to spend their hard-earned money on.

Today we’re going to focus on your blurb – and share 5 pieces of advice to help your book blurb really sell your story.

#1 – Research the Bestsellers in your Genre

Writing a blurb is just like writing a book – it’s craft, not art. If you go to the bestsellers in your chosen genre (simply Google “Top 100” and your favorite genre or just check the top lists on Amazon) and you’ll find books that clearly have the magic ‘conversion’ trickery down pat. Research those to see if you can spot any patterns or styles that are consistent across the best-selling books; and then try and reverse-engineer them to figure out the formula.

For example, if you go to the Mystery and Thrillers best sellers on Amazon, the top four books all have a blurb that starts off in bold explaining what the book is like/about.

Note: Although the ranks of these books may have changed by the time this post is published or you read it, their blurbs are still be relevant because something about them brought them to the top of the charts at least at this point in time – and no book stays at the top forever.

At this moment, #1 in the charts is The Rescue by Steven Konkoly and the first line is:

For fans of Tom Clancy and Lee Child, a heart-pumping thriller of betrayal, revenge, and conspiracy by USA Today bestselling author Steven Konkoly.

#2 is A Lily in the Light by Kristen Fields, and that has this as a first line in the blurb:

A harrowing debut novel of a tragic disappearance and one sister’s journey through the trauma that has shaped her life.

The #3 book is Where the Forest Meets the Stars by Glendy Vanderah and that has a first line in bold that reads:

An Amazon Charts bestseller. In this gorgeously stunning debut, a mysterious child teaches two strangers how to love and trust again.

This continues pretty much consistently across the board – explaining to the readers what the book is like before you even get to the characters, plot or events.

If you drill down to a more specific sub-category in romance (the romance genre as a whole is too far-reaching to really do this) like Holiday Romance, you’ll see a similar pattern.

#1 is Surprise Delivery by R.R. Banks, and that kicks off with:

One night was all we had. He’s a gorgeous doctor on a mission to save the world. I’m a secretary that’s just trying to make ends meet…

#2 is Daddy: A Billionaire Baby Romance and the blurb opens with:

Self-obsessed. Arrogant. Jerk. I mean…which sensible man would have nothing but a towel wrapped around his waist in his own office?

#3 is Forbidden Daddy: A Single Dad & Nanny Romance by Natasha L. Black and that opens with:

First thing’s first. This is a zero judgment zone. So when I tell you I hired a total babe as my boy’s nanny… You won’t criticize my decision making skills.

As you can see, all these best-selling romances begin by introducing the character of the hero, and normally adding how he makes the heroine feel (normally a combination of wildly attracted and totally infuriated.)

The fact that the best-sellers of each genre are so consistent is a big deal. It demonstrates that there is a formula, and it very clearly works. Figure out what the formula of your chosen genre is, and write your blurb to fit within it.

And that’s the trick – because there is a formula, for every book in every genre. There are even more general formulas that work across the board and next we’re going to get into the ‘meat’ of the blurb and talk about that.

Once you’ve done your research and read the blurbs of the best-sellers in your genre, you’ll probably see a pattern emerge. There are distinctions (the thrillers all starting off with ‘what the book is like’ and the romance books commencing with ‘this is what the hero is like’) but at the end of the day, every good blurb contains four consistent elements, almost like poetry.

William Shakespeare said “brevity is the soul of wit” and book blurbs are no different. You don’t want to write an essay, or create a blurb that’s almost as daunting to read as your book is. I would try to keep your blurb within 200 words – 300 at most – and that will require a lot of thought and planning. The good news, though, is that it’ll pay off. The shorter your blurb, the quicker your potential reader will be able to determine that the book is for them or not.

This will actually require a little thought – as Benjamin Franklin once told his friend “I didn’t have time to write you a short letter, so I wrote you a long one.” To craft a short blurb you’ll have to find the perfect words and arrange them in perfect balance and it might even take you as long as writing a whole chapter of long-form writing. The good news is that this is a discipline that will improve your general writing style, and the better you get at writing the blurb, the more it will advertise to a potential reader that you have a taut, polished writing style.

This was because at first, Amazon only gave traditional publishers access to the special form of HTML that they use in their description box.  Luckily that unfair restriction was changed, and these days all authors – self-published or not – have access to it. But to use this special formatting, you first have to learn how.

Here is an example. To get a blurb that looks like it does on the right, you’ll have to copy and paste the text from the left into the description box on your Amazon KDP Dashboard.

There are a variety of places you can find a free WYSIWYG (What You See Is What You Get) HTML generator for Amazon, including our own right here.

Most other storefronts also have their own ways of formatting blurbs, so it’s worth time learning how to use those as well if you publish on them.

#5 Write the Blurb BEFORE you write the book.

Okay, I’m about to suggest something radical here.

Write the blurb before you write the book.

I know, I know – this sounds like the most counter-intuitive thing you’ve ever heard. Also, you’ve already written the book – that’s why you were looking to write the blurb! So this might not be something you can put into practice this time…

…but at least consider it for your next book. Because I’ve found it to be one of the most revolutionary tactics for improving the marketability of all your writing.

The key is that when you’re writing the blurb for a book, you have to distill the book down into its most compelling and hook-worthy elements. The advantage of coming up with the idea for a book and then writing the blurb first is that you’ll crystallize the appeal of the book before you write it. This means you can’t help but write the book based on the compelling, purchase-worthy elements from your blurb, and that makes the finished product infinitely more satisfactory for the reader who purchased it. It also makes you a better writer; and you’re not compromising on your vision or what you want to right – you’re just distilling it, like a fine brandy.

I mentioned in the opening paragraph that the concept of a book was one of the key elements to turning potential readers into purchasers. By writing your blurb first, you can’t help but come up with stronger, more marketable concepts for your book. You’re forcing yourself to look at the story or book idea you have in your head and highlight the elements of it that will attract potential customers. Remember, you’re not compromising on your creative vision – you’re just paying the most attention to what readers want from it.

But most importantly, there’s no rule that says you can’t change that blurb you wrote once the book is finished. Maybe you discovered a new hook or angle that you hadn’t considered originally that made your book that much stronger. Don’t think of that pre-written blurb as an unalterable map that has to be followed exactly, but rather as the guiding light that serves as a reminder of your original vision. It can keep you on the path when you forget your way, but diverging from it doesn’t necessarily lead to trouble – you may just as easily discover a new and unexplored route that’s even better than the one you first plotted.

At the end of the day, a lot of writers focus on everything except the most important stuff – having a book that people want to buy. Your blurb is so important because it helps turn potential readers into paying customers. Without nailing down this key marketing element, you can write as many books as you want, spend mountains of money on advertising and pulling people to your book page, but all they’ll do is look.

You want them to BUY.

So take the time to really focus on your blurbs. Write them, rewrite them, post them in your writing forums or share them with your friends to figure out what really revs a reader’s engine. Your book sales will improve significantly if you do. 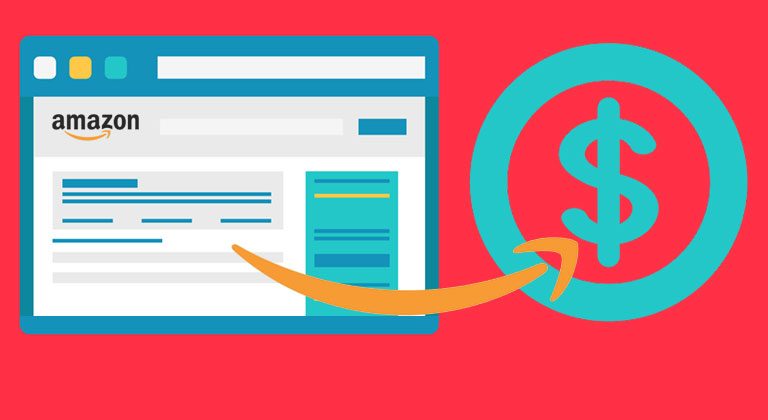 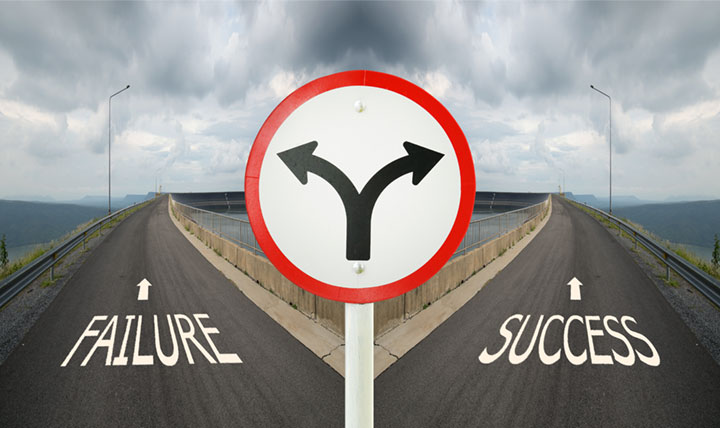 A Writers Life – Mistakes I’ve Made Along the Way