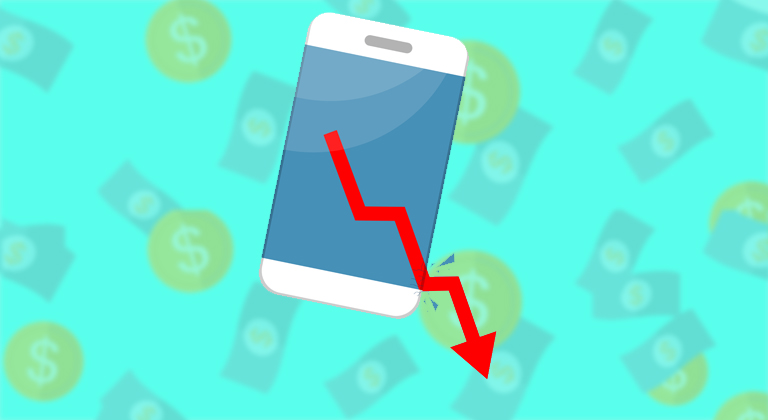 One of the constants of being a self-published author is that just when you think you have this game all figured out, one of the other players goes and changes the rules and throws everyone back a few steps. This time, it wasn’t one of the usual suspects making our lives more difficult, and what was done wasn’t targeting authors at all, but many of us  have been negatively affected nonetheless.  I’m taking about Apple’s recent ‘Do Not Track’ 14.5 iOS update. Designed to improve the privacy of Apple users, one of the side effects has been that authors everywhere are seeing their Facebook ad performance drop significantly. Today, Ginger goes into some detail about why this is happening, and some of the things you can do to try and compensate for it.

Earlier this year, Apple announced that their IOS 14.5 update would include a “Do Not Track” button, which would eliminate the opportunity for third-party services like Facebook to track the behavior of Apple customers who chose to “opt out” of traditional browser tracking.

If you’ve been using Facebook ads to promote your self-published books, this probably isn’t news to you. For months, Facebook would greet you with a big, red warning that the IOS update was coming; and they offered options to help mitigate the impact of that.

But what is the impact? Given the complicated nature of digital advertising, a lot of authors were left concerned about these dire warnings, but not sure how the update would affect them (if, indeed, it did.)

However, now months have passed since Apple introduced this change, it looks like the verdict is in. Across a variety of forums – including Reddit, and Mark Dawson’s SPF Community on Facebook – the consensus is that improving on Apple user’s privacy online has come at the cost of gouging the effectiveness of many digital advertising campaigns.

One author complained: “I’m seeing an increase in CPC and a complete lack of conversion. My monthly top line has plunged by half with no other changes – and while releasing new books.”

This author is not alone. Across Facebook, authors are seeing a steep rise in the Cost Per Click (CPC) of their Facebook ads, combined with a shocking decline in the conversion rate of their ads. Given that tracking which clicks resulted in sales was difficult enough, this change seems to have seriously hurt a lot of authors who’d felt like they’d just got started understanding Facebook ads.

Apple’s IOS update was designed to address the mounting concerns Apple users had about their privacy online. Previously, third-party websites like Facebook had been able to track the activity of an iPhone user through their clicks, engagement, and the websites they visited. If there was ever any doubt as to the effectiveness of this sort of tracking, those should now be put to rest. It’s become very obvious that a large part of what made Facebook’s ad platform so successful was their ability to build a profile of each FB user based on all of this data, and then use that profile to determine which users were the most likely to be interested in each ad.

IOS 14.5 introduced an “opt out” button which stopped sharing this data – meaning platforms like Facebook are no longer able to build their profiles from the online activity of any user that has opted-out.

This has impacted advertisers across the platform – especially those who relied on Facebook’s Pixel to track not just the advertising clicks which drove users to an ecommerce platform, but also informed them about the activity they got up to while there (adding items to their Cart, for example, or completing a transaction.)

For self-published authors promoting their books, there’d been hope that these changes wouldn’t dramatically impact their ads. Since Amazon doesn’t allow tracking of behavior on their website, most authors were paying only to send potential customers to their product page on Amazon using Traffic ads.

However, more and more authors are reporting that this hope was unfounded. The two biggest issues that seem to have arisen is a less precise targeting of their ideal audiences (due to not having those detailed online profiles) – resulting in dramatically rising CPC rates – and a smaller percentage of that traffic turning into paying customers (due to the people that are still clicking the ads no longer being the ones most likely to be interested in the product).

Either of those issues alone would be bad enough, but when combined they become a very serious problem for a lot of self-published authors, and there is no easy solution. As any indie author knows, self-published books have such tight margins that it was difficult enough to create a profitable advertising campaign in the first place. With the impact of IOS 14.5, it’s left many frustrated authors throwing in the towel completely!

However, there are some things to consider that might help. Here are our suggestions:

Check your ad performance over the long term!

As we wrote about a few months ago, it’s vital not to focus on perceptions, but instead focus on reality. The impact of IOS 14.5 might have caused your ad performance to tank dramatically – but before you do anything drastic, make sure they truly have gone from delivering a profit to making a loss.

Especially if you’ve been using a big budget to reach potential readers, it’s easy to panic when you suddenly see a drop in sales (while your advertising spend remains the same.) However, that doesn’t necessarily mean you’re suddenly in the red. Track your advertising spend against your sales for an extended period – at least a week, or ideally a month – and then compare to your baseline. You may find that your ads are still delivering a return on investment. After the first drop, your perception might have been that you were losing money; but over the long term the reality might be that you’re just not making nearly as much profit. Don’t throw the baby out with the bathwater!

That being said, the drop in Facebook ad performance leaves some authors with a new dilemma to worry about. Even if your ads are still making a profit, their decreased effectiveness may mean that it’s time to investigate whether your FB budget could be more productively spent elsewhere. Which leads us onto our next suggestion.

Reallocate your budget to another platform!

Facebook isn’t the only game in town when it comes to promoting and marketing your books. Advertising on
Amazon generated billions of dollars of revenue for Amazon last year, and BookBub’s self-serve advertising platform is one that many authors swear by.

For my money, Advertising on Amazon is the natural choice, because the Amazon infrastructure eliminates the privacy concerns of the IOS 14.5 update. When a user is logged in, their activity is tracked via their account information.

Of course, switching to a different advertising platform means you’re going to have to figure out how to use it effectively. With Advertising on Amazon especially, that’s a challenge in and of itself. However, there are an increasing number of resources available online (including many in this very blog) to help you get started; and Hidden Gems offers 1-on-1 advertising consulting if you’d like more in-depth and personal support to get your ads up and running.

If you’ve got your heart set on remaining with Facebook, our third suggestion to mitigate this problem is just to get really, really good with it.

One of the most attractive parts about using Facebook as an advertising platform is how easy and intuitive it is – or, at least, that’s how it used to be. But if you can use some of the more advanced tips and tricks for creating ads and finding the right audience, you might be able to claw back some ground despite the IOS 14.5 update.

For me, the key has been creating a really high-performing audience. Instead of generating a generic one – using similar authors as Interests, for example. I’ve also gone into my MailChimp account and pulled the highest-spending members of my subscriber list and used them to create a Lookalike Audience.

The benefit of using your own subscribers to generate a Lookalike Audience is that you know that they’re the kind of people who already buy and read books like yours. This instantly makes them a more accurate audience to target than anything you can create by selecting Interests or other differentiators on Facebook.

I try to make my Lookalike even better by only using the email address of subscribers who I’ve tracked clicking on my emails promoting a book I was selling at full price. This means that not only are they already fans of my writing, but they’re also the kind of people willing to spend money on books.

The most successful self-published authors are the ones who manage to pivot, adjust, and tackle new challenges – because when it comes to our business, there are always going to be new challenges.

Plus, the tactics that still work the best are the ones that Apple’s IOS 14.5 can’t hurt – tactics like continuing to write and publish books, and to focus on growing your audience through a subscriber list. The more fans you gain in your self-publishing career, the more leverage you have to weather storms like these. Your fans are yours – and nothing as inconsequential as an operating system update will ever take them away.

Don’t let a little storm like this sink your dream of becoming a successful self-published author. The perseverance to keep writing and self-publishing is what has always differentiated the best sellers from the wannabes; and no matter what Apple (or anyone else) throws at us, that much remains an immutable truth. 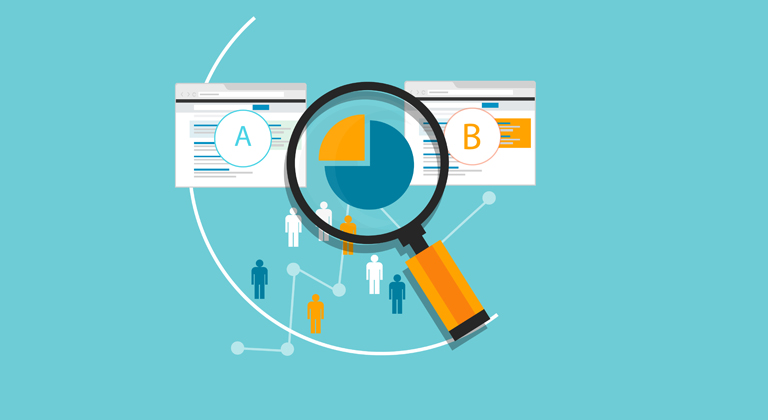 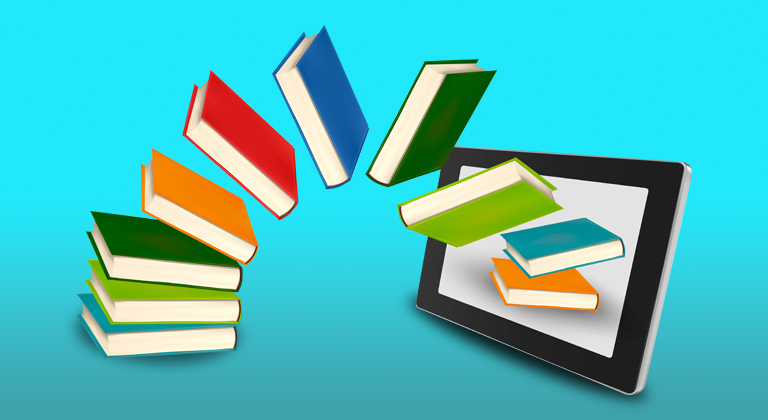 Should you advertise direct to your Series Page?