Fantasy Tales to Distract You From the Real World 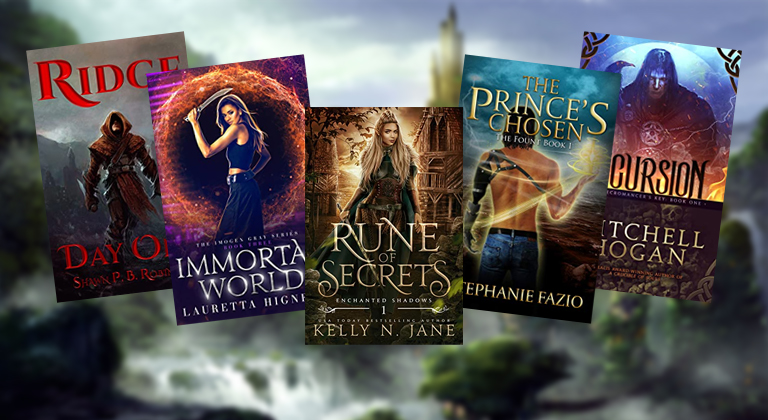 If you are looking for an escape from the real world, this list is for you. We’ve got one for everybody on this round-up of recently top rated fantasy novels that our Hidden Gems ARC readers raved about.

With 130+ reviews and a 4.8 star average, Immortal World is a fantasy tale worth adding to your TBR list! This is the third novel in a five book series, which follows Imogen Gray, an immortal being who is on a mission to find the answers to the origins of her immortality. Imogen is a force to be reckoned with, and readers will find the process of trying to keep pace with her adventures immensely enjoyable.

Janine M. raves in her five star Amazon review, “…Imogen blooms even more in this action and mystery packed paranormal romance. It’s a found family book that grips your heart and leaves it racing. With a couple jokes peppered throughout. If you’re hard to impress, pick up this series. It’s a delight.”

Alina H. concurs, “The third installment in the series manages to still keep what we love about the first two; action and the entertaining, yet dangerous world we have come to love in the Imogen Gray Series. Immortal World gives us a new adventure. More questions, some answers and more action.

With 400+ ratings and a 4.4 star average, Incursion is the first of a four book series. It follows Anskar, a future knight, who is caught in the rising tide of a clash between good and evil. As Anskar finds himself forced to choose sides, his path forward is unclear as the distinctions between “good” and “evil” seem to blur. Reviewers mention that this tale takes place in the same world as some of the authors other series, but that does not impact the reader’s experience if this is your first introduction to this universe.

Dan S. is no stranger to this world, and raves in his five star Amazon review, “I have read some other works by Mitchell Hogan, and reading this series has confirmed my earlier opinion that he is an author to read, if you want something original, seriously creative, and thoroughly enjoyable…”

“The author put a lot of work into the finer details of his worldbuilding and this makes the story come alive,” Mimbral enthuses in their five star Amazon review. “No stilted speeches or references to things not explained. The story pulled me in from the beginning and kept me enthralled till the end…”

Ridge: Day One by Shawn P. B. Robinson

With 30+ ratings and a 4.4 star average, Ridge: Day One is the first of a three book fantasy dystopian thriller book series. This series follows Rezin, a former guardian in a dystopian universe, who finds himself suddenly out of favor and in exile. Facing more severe threats, Rezin works to secure his return to society, but his path back to redemption is anything but clear.

Nathaniel L. raves in his five star Amazon review, “There are two things I love when reading the first book in a trilogy. The first thing is a good introduction to the world. One that doesn’t include info-dumping, and doesn’t slow down the plot. The second thing is an ending that makes you want book two immediately. This book has both of those. Shawn Robinson knows how to craft a story flawlessly…Robinson is a fantasy writing force to be reckoned with.”

“Ridge: Day One is one of those wonderful books that grabs your interest right from the start and keeps it throughout the whole book,” Norma J. concurs in her five star Amazon review. “The imagery and setting are superb and the character development is excellent…This is a book that gives the words ‘fantasy thriller’ true meaning…”

The Prince’s Chosen by Stephanie Fazio

With 90+ ratings and a 4.4 star average, Hidden Gem’s favorite, Stephanie Fazio gives us The Prince’s Chosen. This is the first in a three book series of fantasy tales; which tells the story of worlds colliding when Addy, an eighteen year old living in a sleepy town in Upstate New York, is suddenly thrust into a race to save her sister from the sudden appearance of giant warriors from another world. Her only companion? A magician who claims to be a prince in need of her help to save his world.

“The world building, character development and plot grab you & throw you back in your seat like you’ve hit the speed of sound,” BorderKellie raves in their five star Amazon review. “It’s an amazing mix of action, adventure, magic, romance, friendship & love. The author has a gift for knowing when you’ve become comfortable in the storyline & then throwing an unforeseen event or bit of knowledge at you that rewrites everything you thought you knew. I can’t wait to read the next book!”

G. also was a rabid reader, who left a warning for potential readers in their a five star review, “The story unfolds quickly and the tension keeps going higher and higher. I would say be warned that there are child deaths in the book, and it ends on a cliffhanger, so don’t buy if you can’t handle those, but I enjoyed the book overall quite a bit. The worlds had a really interesting mythology and I had a hard time putting the book down until I was done.”

With 50 ratings and a 4.5 average star rating, Rune of Secrets is the first of a two book series, which takes place immediately after tragedy has taken everything from its protagonist Princess Rowena. Rune of Secrets chronicles her path of vengeance, only to be thwarted by the demands of  a handsome ally, who insists she focus on her responsibilities to her people, rather than her shattered heart.

Saundra W. enthuses in her five star Amazon review, “…One of the most unique and enthralling books I’ve read this year.”

Jennifer raves in her five star Amazon review, “…This book has a strong, well-developed and an interesting story line with twists and unexpected turns keep you reading and turning the pages. It pulled me in from beginning to end and held my attention. Amazing world building that is detailed and imaginable. I felt like I was right there watching, feeling, and experiencing the book…not just reading it. The atmosphere created and characters were so realistic. Strong, interesting, and fascinating characters that are well developed and diverse. The world building is detailed, imaginative and so well done that you’re drawn into a fantastic world unlike any other. The storyline is fast-paced and very well written, filled with magic, Fae, danger, death, politics, intrigue, and subterfuge. The plot thickens, the suspense builds, and the passion erupts! I can’t wait to read the rest of this series.”

Hidden Gems readers got to read these fantasy tales first, so if you want more secrets to unravel or clues to seek, sign up today! Subscribers to Hidden Gems receive invitations to read books like these – plus other titles from any of up to 15 other genres – for free. Each morning we send out offers for books from any of the genres you’ve chosen to hear about and selected readers will be sent those eBooks to read and review on Amazon. 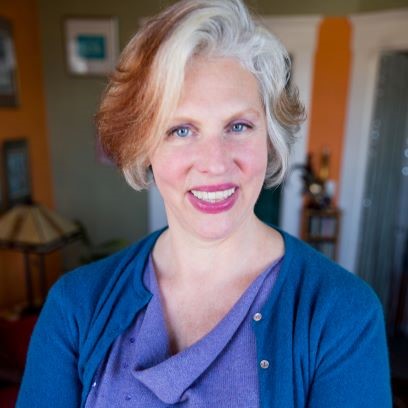 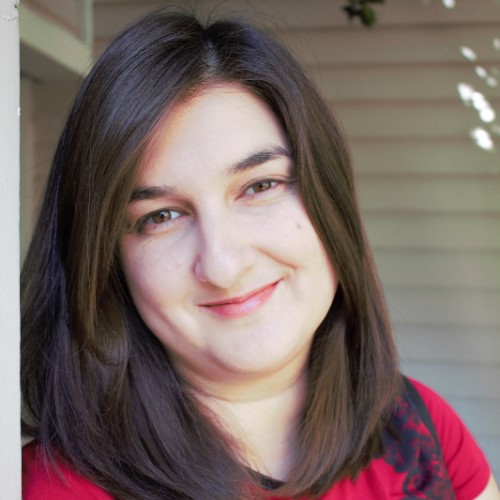