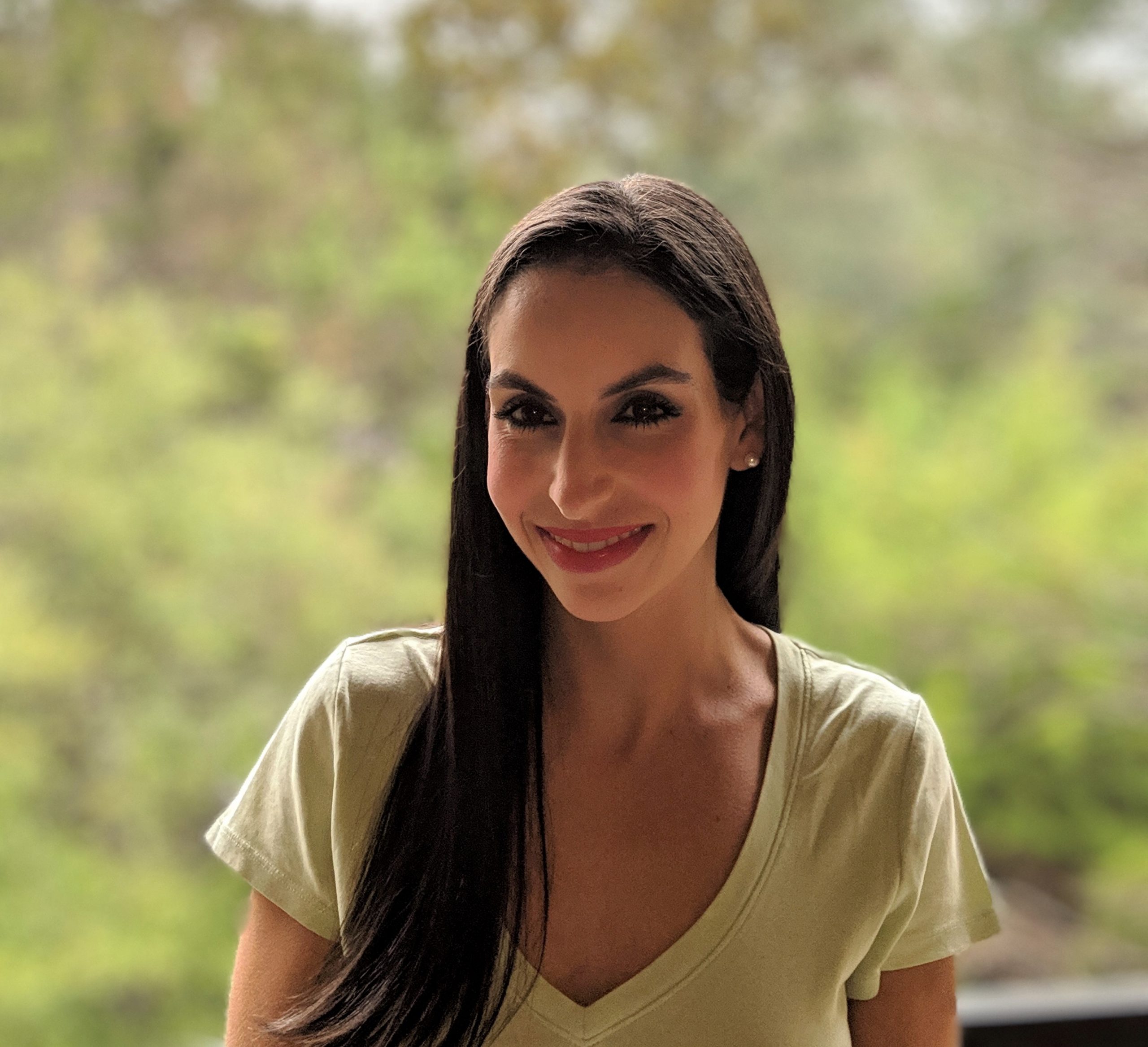 This week we’re speaking with popular fantasy author, Stephanie Fazio. Stephanie’s lastest novel, The Nat Makes 7 released last week and is the first in her new Mags & Nats series. Stephanie kindly agreed to sit for an interview to chat with us about her background, inspirations, and the path that led her to publication success.

HG: To start, how would you describe yourself to somebody who isn’t familiar with your writing yet?

Stephanie: Sure. So in terms of my writing, I love all things magic, with a twist of romance and mystery. For me, the best part of fantasy books is that they can bring you to another world and all the excitement that comes with that.

HG: Yes! Love that. Where do you find inspiration or what inspires you to write your stories?

Stephanie: Haha well crazy dreams would be one place. I also love to hike (I live in Austin, TX, where there are tons of amazing parks), and I get a lot of inspiration while I’m just outside and hanging out with my dog. I also get ideas for my characters from quirky interactions I have with friends and family. A lot of the magic components in my books started out in my head with “I wish I could…” And the romance aspect of my books comes from my husband 🙂

HG: That’s so awesome. I always admire how writers can draw inspiration from everything around them. In the last two years, you’ve published 10 full-length fantasy books across three series and the fourth series is out this month. Wow! Could you briefly tell us a little bit about each series, and what kind of readers would enjoy them?

My newest series, Mags & Nats, is urban fantasy. It takes place in Boston, where magics and non-magic forces are colliding. The protagonist, Graysen Galder, has just discovered that he’s the top suspect in a brutal, magically-motivated murder. This book is all about uncovering the mystery behind the murderer! All of my books have monsters, and a constant struggle between good and evil.

My Fount series is magical realism, with a man who can control people’s thoughts with a glance. He’s fated to be blood married (as creepy as it sounds!) to a woman who can save his entire race from annihilation. The story moves from a middle-of-nowhere town in upstate New York to an entirely different world. I’d recommend this one for readers who are into a forbidden love stories full of twists and turns!

The Opal Contagion series takes place in another world that is in many ways parallel to our own. The female protagonist, Liss, is a Soul Sorter who can sense any emotion a person is feeling. Rhett, an assassin, is sent to hunt her for stealing his empire’s secrets. Of course, their paths intersect and the fate of their people depend on the life-or-death choices they make!

My debut series, Bisecter, is a high fantasy series that takes place on a different world where the deadly sun never sets and people are forced to live underground. It’s a coming of age story that follows a girl, who is hated and feared because of her black eyes and inhuman strength—mutations she bears from a near-death encounter with the grotesque creatures known as Halves. I think the themes of loneliness, isolation, and acceptance would appeal to those of us who have had to grow into ourselves.

HG: Excellent! Each sounds so intriguing and like the perfect escape. I can think of a million reasons why readers would love these stories. Adding to my Goodreads list now!

HG: Now I understand that before you took the dive into your author career you were a HS English teacher for many years. What was the transition like from teacher to full-time author? Were you creating stories in your head even back then? Do you hope for your former students to read your books? Sorry that was a lot of questions!

Stephanie: Haha no prob! So, I started out writing on the side during my free time at school (shh don’t tell the principal). I actually wrote Bisecter during my first few years of teaching, which was tough to find the spare time and energy. After reading and analyzing so much of other people’s writing, I wanted to create something of my own. After my first couple of books (and going through the editing and revision process…which turned out to be far more complicated and time-consuming than I’d originally thought lol), I realized that writing felt like more of a calling than a job. That was when I decided to take the plunge and go full time.

And yes, I actually have gotten emails from a few of my past students telling me that they read my books! Those are definitely some of my favorite emails to receive. The best part about being a teacher was being able to have an impact on students’ lives outside of the classroom and help them to look at the world around them in a slightly different way. I hope that my books do the same!

HG: That’s so awesome! I bet they love to boast that their teacher is an author now. How cool. If you have a few more minutes, I’d love to ask a couple more questions. You mention that the editing and revision process was much more complicated and time-consuming than you imagined and I think that’s such a good point to bring up. Being an author truly is a business! So much to it ON TOP of the writing. What has been the most challenging aspect of publishing?

Stephanie: So true! That was part of the shift from calling myself a writer-on-the-side to becoming a full-time author. It’s a passion, but it’s also a business. I thought I was a professional multi-tasker as a teacher, but there are so many different elements of getting a book out there into the world beyond writing it. I think that mental shift was probably the biggest hurdle to overcome in the beginning. I think it’s weird for authors (especially since many of us are introverts) to self-promote and think about doing all the things that go with the making money part of the business. I’d rather dream up my next characters and the trouble they’re going to get themselves into, but in order to be able to sustain that fun part of the job, there are so many other things I needed to master.

HG: Perfectly put. It’s also such a vulnerable thing to put your stories out there for the world, so thank you for all that you do in order to make your writing accessible.

I really appreciate you taking the time to sit down and chat with me. For readers that want to find out more about your stories and future projects, where should they go to connect or learn more?

Stephanie: Thank you!! My website has all of my books, social media, and merch info there. You can also follow me on Amazon.

If you liked the sound of Stephanie’s books, remember that subscribers got to read several of them first for FREE at Hidden Gems. Sign up and you can receive the same – plus the opportunity to read titles from 15 other genres, all delivered direct to your inbox for you to download, read, and review. 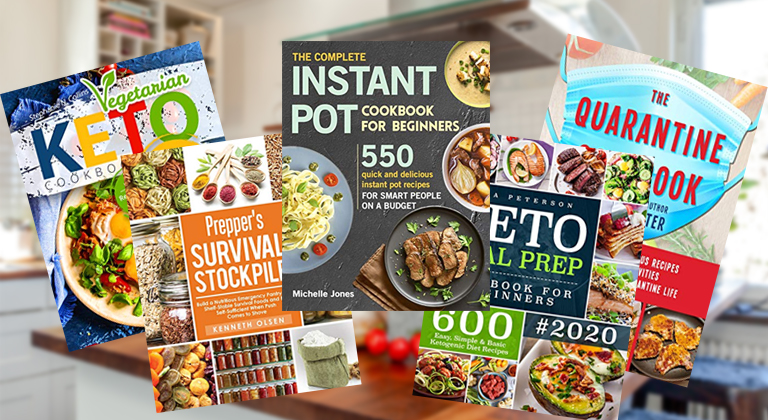 5 Cookbooks to Help Level Up Your Cooking Game 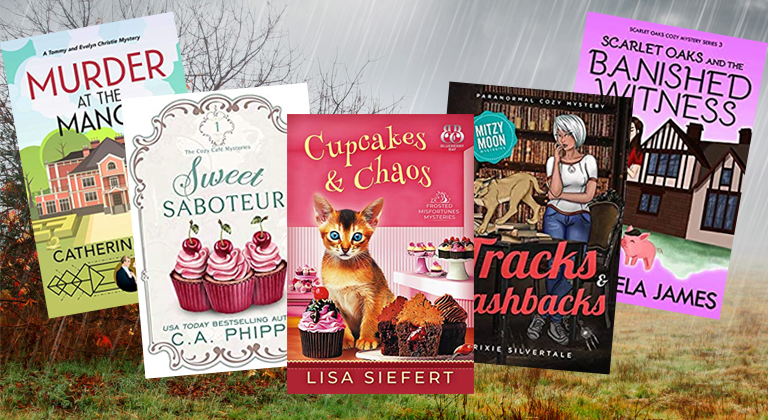