Ginger’s Guide to Marketing & Advertising Your Books: Part One 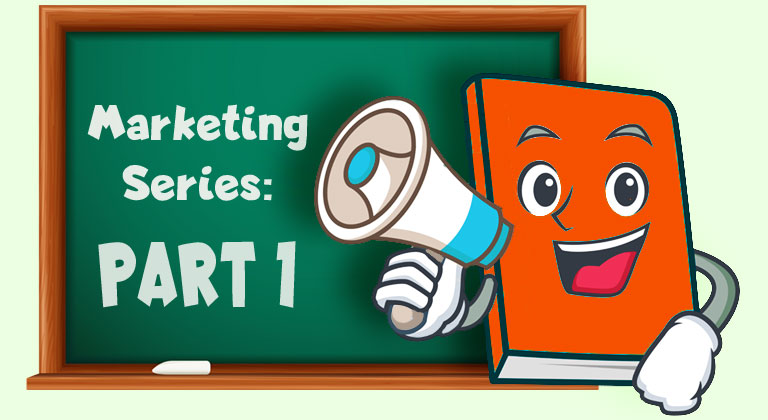 Actually writing your book is only the first part of your journey as a self-published author.  You’ll have to think about a lot more on your road to success, but resident author Ginger is here to lay it all out for you.  This is part one of a four part series, and below Ginger shares some of the basic techniques you need to understand in order to get your book in front of the eyes of potential customers. Links to the next installments are posted at the bottom of this article.

Okay, so you’ve written and published a book – that’s the hard part, right?

Well – yes and no. Once your book is in print, it’s important to get as many pairs of eyes on it as possible. For a lot of new authors, though, they have no idea where to start – and not much money to waste experimenting. So, for the absolute beginner, I’ve decided to write some posts about ways in which you can promote and market your book; and how to get started.

Today’s blog is an overview, and we’ll dig deeper into each of the separate sections in subsequent posts. Before we begin, though:

Do you need to advertise your book at all?

Amazon.com is the largest marketplace in the world, and back in the wild west days of self-publishing, one of the beauties of Amazon was that it did the hard work for you. You wrote and published a book, and it would miraculously find it’s way alongside other traditionally-published books based on categories, keywords and all the other magic that Amazon does behind the scenes. Early authors (I joined in 2013, and experienced this) would often find themselves with a reasonably well-selling book without having to think about any form of marketing or advertising at all.

Unfortunately, those days have changed. The issues are three-fold:

In essence, Amazon became a free-for-all to what it had always been intended to be – a marketplace for quality books, both print and digital. While the barriers to entry had been removed – no more having to go through a traditional publisher – the barriers for success remained in place; and actually got higher. That doesn’t mean new authors can’t succeed – but it’s a lot more of a challenge than it used to be.

Advertising and marketing is one way in which you can give yourself an edge – but, just like with understanding Amazon’s algorithms, there’s a steep learning-curve to doing it successfully.

There’s an old adage: “Those who can, do. Those who can’t, teach.” That much is very true in the world of self-publishing. You will see dozens of courses and books offered by authors promising to help you sell more books, understand advertising, and become more successful. I’ve spent thousands of dollars on many of these courses over the years and found that most of them don’t live up to the hype. If the author truly knew what they were talking about, they’d be more focused on their own publishing career than selling advice to other authors.

But there are exceptions to this rule – and normally they’re pretty obvious to spot. The most famous self-publishing teacher, for example, is British-based author Mark Dawson, and you can’t argue with his massive success as an author. He’s sold millions of copies of his books – and if you invest in his self-publishing courses you’ll understand that the knowledge he shares comes from (sometimes bitter) experience. I’ve invested in his course and it transformed the success of my publishing game – but his was the only one. I’ve spent equal amounts of money on other courses and never felt like I got a return on my investment.

So my advice to you is not to immediately invest a huge amount of money in a self-publishing course – not unless you can truly afford to. But if you do, pick one you know will be good. I can personally recommend Mark Dawson’s course, but you don’t need to take my word for it – his book sales are proof enough that he knows what he’s talking about. If another author advertises another course and they don’t have those kind of book sales; it tells you everything you need to know.

Case in point – my friend recently shared a Facebook advert from an author promising to ‘boost my sales.’ The advert included a chart with a ‘before’ and ‘after’ picture from their sales dashboard. I responded to my friend that this teacher’s ‘after’ results were still a fraction of what I was earning – so I doubted very much he could teach me anything.

But, then again, an old martial arts teacher of mine once told me: “A teacher doesn’t need to know everything – just more than the student.” So, we’ve all got to start somewhere.

The second biggest recommendation I have for anybody approaching marketing and advertising for their books is to keep it simple.

A lot of people get excited at the idea of throwing money into advertising and promotion and seeing a massive return on investment. These people normally end up getting their fingers badly burned; and I’ve seen authors pack up the writing game as a result.

Whatever you do, you want to keep it simple, and manageable.

Simple, because you want to be able to dissect your results and figure out what worked, and what didn’t. If you just throw a lot of money into promotions and don’t keep track of everything, you might lose a lot of money. Worse, you might think you’re losing a lot of money because one area of your promotion cost a lot and gave little in return…

…and hid the other area of your advertising that actually made you money.

Whatever you do, you want to do it in manageable stages – and leave each change up long enough to be able to see over the course of a week, or month, how it impacts your sales. A lot of newbie advertisers throw their entire budget into a campaign, see no return after a single day, and hit ‘cancel.’ Nope – you have to play the long game. This is why it’s important to never invest more money in advertising than you can afford to lose; and keep very careful track of where it goes.

And that’s what I mean by manageable. Once again, it’s easy to throw a lot of money into a lot of different advertising schemes, but if you can’t manage them all individually, you’re going to get your fingers burned. I personally like Facebook advertising; but it’s difficult to track directly how many ‘clicks’ on a Facebook ad end up resulting in a sale or a Kindle Unlimited borrow. That’s why it’s important to do advertising in stages – so you can look at any changes to your sales and be able to correlate them to any changes you’ve made in your marketing campaigns.

As I said above – if you can’t track all of this data, you might find yourself losing money overall and unable to notice that one of your tactics actually returned a profit.

The secret to advertising and marketing is to find out what works and repeat and scale it, and find out what doesn’t and discard it. It’s like sharpening a knife – you start off with a dull blade, but the more you cut away the blunt edges and hone the sharp ones, the more deeply and easily it cuts.

The Three Approaches to Marketing and Advertising

So, now we’ve addressed the basics, promoting your book and your writing career generally offers three paths, each of these is covered in the next installments of this guide.  Click the links below to continue to those parts.

Hopefully this guide helps you in your journey to becoming a successful marketer of your work, and please let us know in the comments if you have any feedback or questions about this guide. 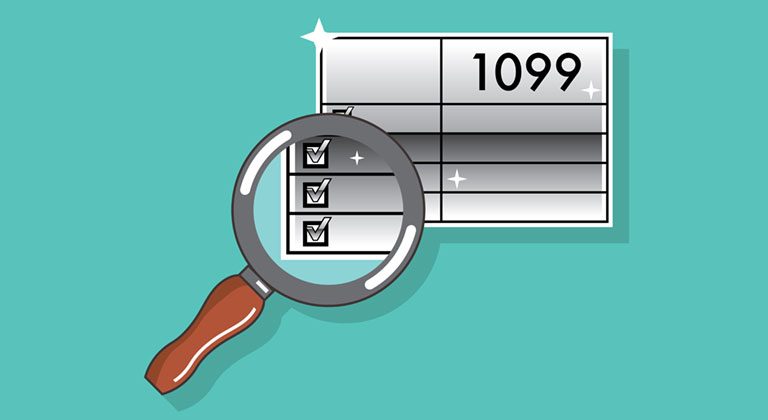 Tax Tips: When Should An Independent Publisher Use A 1099? 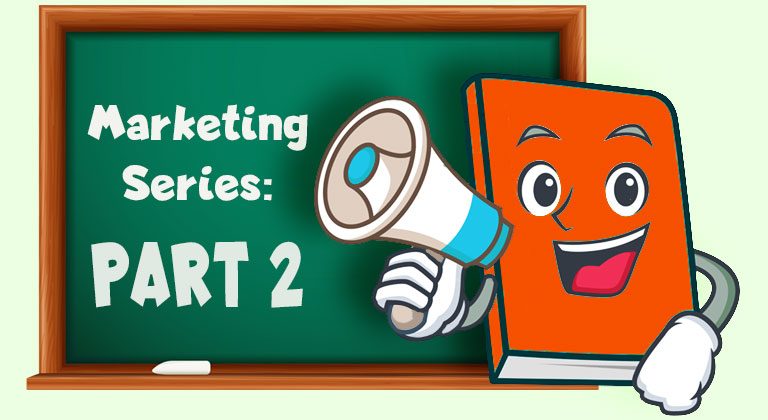