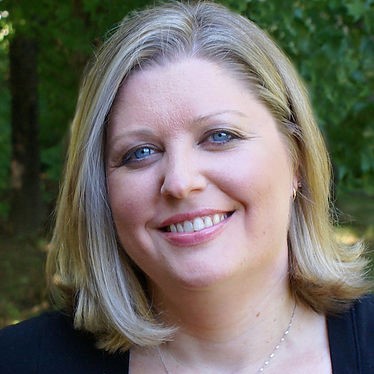 Today’s interview is with romantic comedy author Laura Heffernan who also writes cozy mysteries under the pen name of Ada Bell. Her books are light and fun providing the perfect escape for readers. It was an absolute pleasure getting to know more about her writing and what she has planned!

LH: I write light, fun books about smart women with unusual interests. My main characters like everything from pole dancing to board games to biology. Reading is an escape for me, so I want readers to feel like they can escape into my books.

HG: That’s awesome. What led you to have two pen names? Was that always the way you saw it going?

LH: I always planned to write and publish under my own name. Part of it is ego. Part of it is youngest child syndrome—“Look! I did a thing!” But when I decided to try a new genre, I really liked the idea of starting over with a clean slate and a new identity. I also wanted to be sure that when someone liked one of my cozy books and went looking for more, they found them rather than stumbling into my backlist of romcoms and wondering if they were in the wrong place. 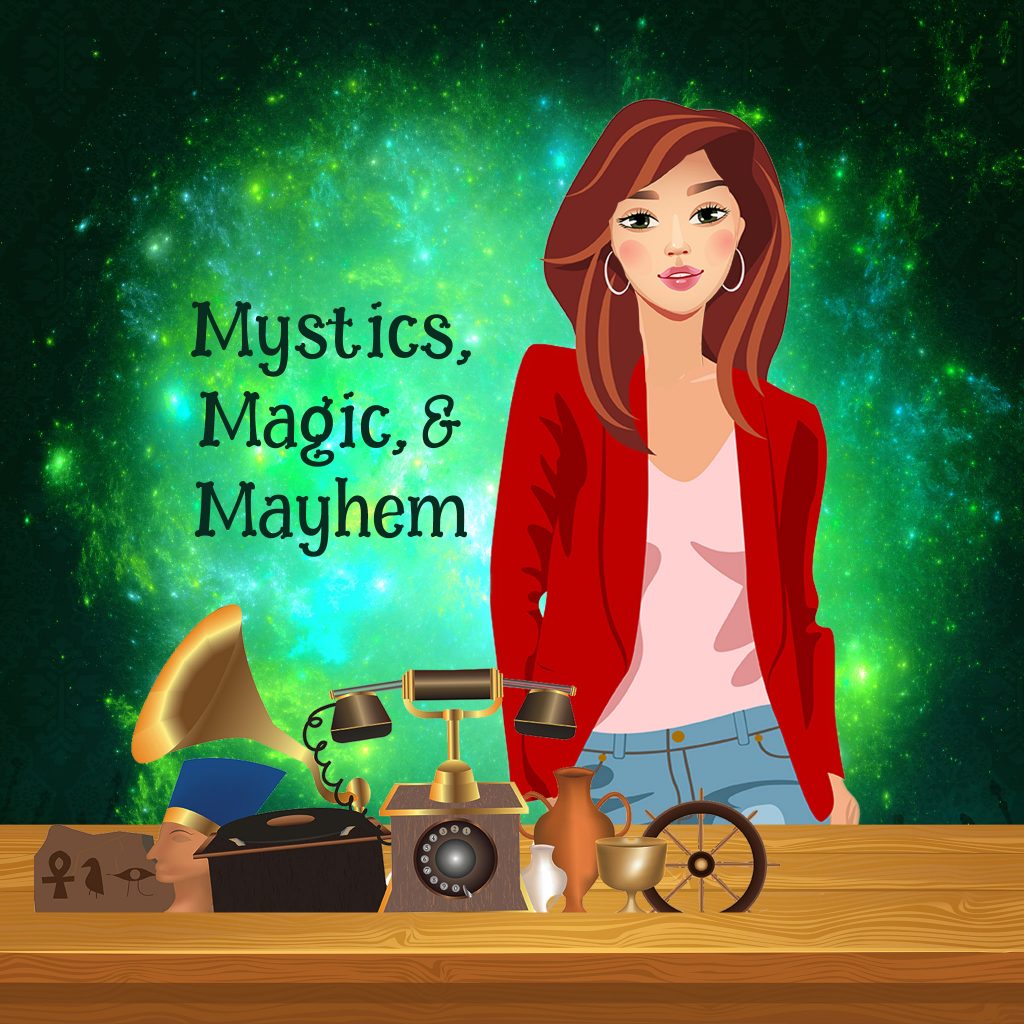 HG: Makes sense! Tell us a little bit about your actual writing process. Does it differ for each pen name? When and where do you write?

LH: My process is largely the same for each pen name, but the mysteries require a little more planning because it’s a series with an overarching plot. Everything needs to fit together in a more specific way than with the romcoms. I start with a general idea of the story, but I don’t outline. I fast draft in the style of NaNoWriMo—sit and get the words down, a certain number each day, don’t worry if they make sense, fix it later. When I get stuck on something, I skip ahead to the next part I know. That usually means I’ll have a beginning first, then an end, and spend most of the middle trying to figure out how to connect them.

Once I’ve got the whole plot out, I go back and fill in the blanks. Add description, look for plot holes, fill in place holders, and things like that. Then I’ll do a reverse outline to make sure it all makes sense before diving into deeper edits.

HG: Fantastic. What feeling do you hope readers are left with when they finish one of your novels?

LH: In the paranormal cozy world, it’s common for each book to end with a hook into the next, so mostly I hope people are left with the desperate need to finish the series. ☺ But also, I want people to feel like the ending made sense without thinking it was completely obvious.

HG: Ada Bell released The Pie in the Scry on May 16th – congrats! What can readers expect from this story? What are early readers loving about it?

LH: Thank you! I am thrilled with the way it turned out. Aly’s been trying to solve the mystery of her sister-in-law’s murder since she discovered she had psychic powers. With each book, she’s gotten closer, and now it all culminates with this big spell she’s been preparing. It’s a show-stopper. Early readers love the twists and turns, plus the big finish. 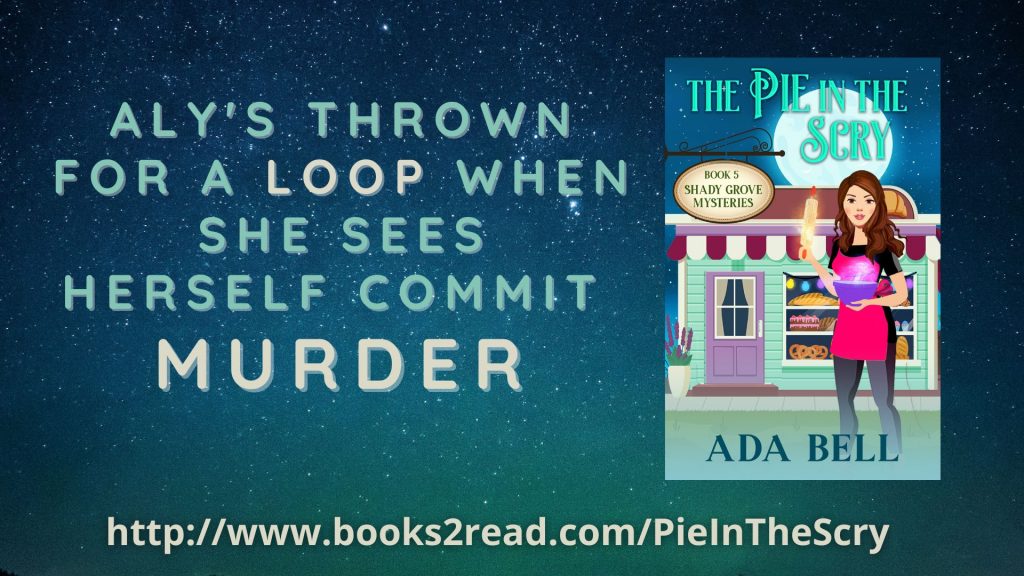 HG: That’s great! For fun, if Ada Bell’s Shady Grove Cove series was turned into a movie or series, who would you cast as the main characters?

LH: Aly is described as a young Anna Kendrick, so she pops immediately to mind. But since Aly is only 21, we’d probably cast Anna as Emma instead. I’d love to see Sadie Sink as Aly, partially because she’s done Broadway and really, having one of my books turned into a musical would be the most amazing thing ever. Anna sings, too! This could happen!

Ooh, I like this! Billy Porter could be the Sheriff, and we’ll bring in Jelani Alladin to play Doug. Eric Huffman would be brilliant as Rusty. Shoba Narayan as Amira. At this point, might as well go all-out and cast Nicole Kidman as Olive. Can I have Ewan McGregor, too? We’ll just make a new character for him.

HG: YES! What brilliant casting! What can we expect next from Laura Heffernan?

LH: I’m writing the second book in my Retail to Riches series, which is about a regular girl who agrees to marry her dreamy next door neighbor for a green card—only to discover that he’s royalty! A Royal Pain should be available at the end of the summer.

The sixth Shady Grove Psychic Mystery, Mystic Persons releases in December. In 2023, I’m really hoping to get into my spin-off series. The books will follow Aly’s friend Emma, a woman who thought she was a terrible witch her whole life, but recently discovered that someone had bound her powers. Now she’s at full strength and looking to start over.

HG: Oh, exciting! What do you enjoy doing when not writing?

LH: My favorite thing to do when not writing is to play board games. I love to travel and spend time with my friends. Over the past two years, I’ve really missed my aerial yoga and spin classes. I hope to get back into those soon. Also, as you might have guessed above, I love musicals.

HG: Oh, how cool! For fun, before we wrap up, let’s do a fast five! First one…coffee or tea?

HG: Are you a morning bird or night owl?

LH: I’m a night owl by nature, but my three year old wakes up veeeerrrryyyyy early in the morning. Which is why I prefer coffee.

LH: eBook. I have been a huge fan ever since I discovered I could take hundreds of books on vacation with me without needing an extra suitcase.

HG: For readers that want to find out more about your stories and keep up with you, where should they go to connect or learn more?

A great way to learn more about my books is at www.lauraheffernan.com for romcoms or www.adabell.com for paranormal cozies. The best way to connect is Twitter—I have accounts @LH_writes and @adabellbooks, but I mostly only use the LH one. It’s primarily where I talk about writing, chocolate, and reality TV. Ada’s feed is almost exclusively for updates, because it turns out, it’s really hard to maintain two separate personalities online. You can also get updates from my Facebook pages: www.facebook.com/lauraheffernanbooks and www.facebook.com/adabellbooks.

Laura Heffernan is the award-winning, internationally best-selling author of fun, witty romantic comedies and more serious women’s fiction. After a few years of practicing law, she realized that she much preferred arguing with her characters rather than other people. It’s easier to win that way.

When not watching total strangers get married, drag racing queens, or cooking competitions, Laura enjoys board games, travel, board games, baking, and board games. She lives in the northeast with her husband, the world’s most active toddler, and two furry little beasts.

Some of Laura’s favorite things include goat cheese, Buffy the Vampire Slayer, Battlestar Galactica, the Oxford comma, and ice cream. Not all together. The best place to find her is usually on Twitter, where she spends far too much time tweeting about writing, Canadian chocolate, board games and reality TV.

Ada Bell knew you’d be reading this. Okay, well, she knew someone would be. (Hi, Mom!) That’s pretty much the extent of her psychic powers. A life-long mystery buff, Ada has devoured everything from Murder, She Wrote to Nancy Drew to Psych!, so she was pretty much destined to end up here. Ada loves Scooby Doo, superhero movies, STEM heroines, and cake. Mmm, cake.

If you love to read and leave reviews on Amazon, and would like to get books from authors like Laura Heffernan and Ada Bell for free every day, then sign up for the Hidden Gems ARC program. Each day we send out emails with offers of free books in over 15 different genres, and you’ll only be sent the genres you’re interested in and the books you want to read. Sign up for as many or as few as you have time and interest for, we’ll keep the eBooks flowing as long as you want to keep on reading and reviewing! 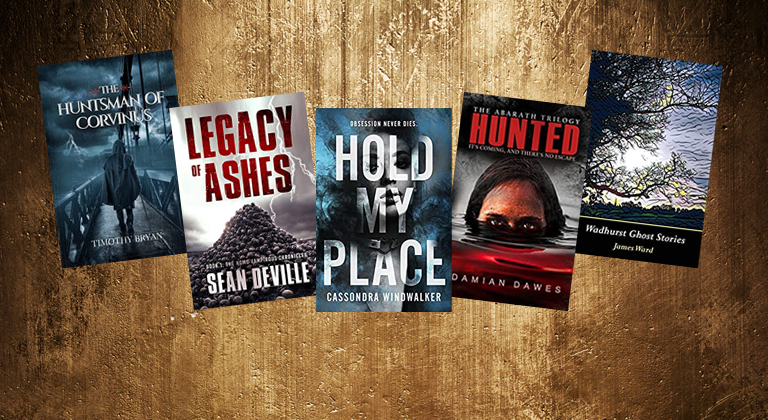 Scary stories to keep you awake at night 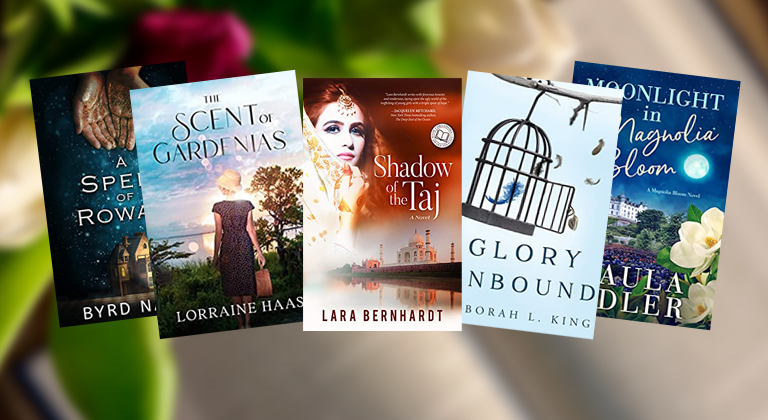