The right mindset can lead to successful advertising 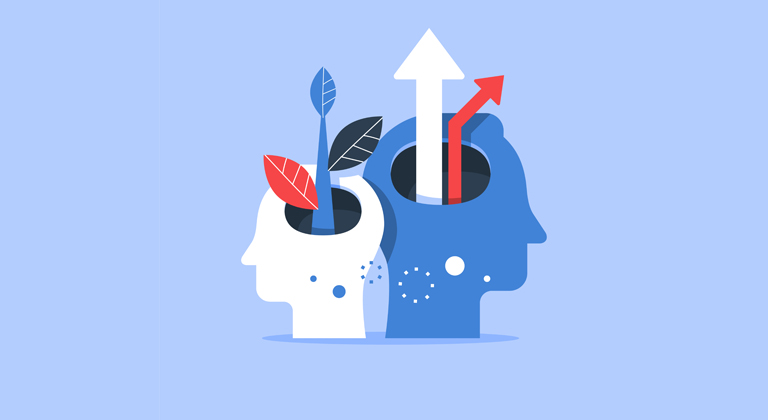 Buying all the right courses, reading all the right books, and watching all the right YouTube videos still won’t guarantee a successful advertising campaign  strategy for your books – so consider Ginger’s tips for dipping your finger into marketing without losing your mind (or the shirt off your back.)

Here’s something I often hear from frustrated authors.

And I know exactly how they feel.

After you’ve conquered the initial challenges of self-publishing – namely just getting your book out there – it’s not uncommon to get even more frustrated when your book just won’t sell.

With all of the changes Amazon’s made recently, a successful advertising campaign right out of the gate is a more elusive dream than it’s ever been – but even with great book ads, it’s not exactly easy to supercharge your writing career.

That’s because writing books and selling them are two entirely different skillsets – and although the latter is a skillset that can be learned, there’s much more to successful advertising than learning about cost-per-clicks and click-thru-rates. There’s the mindset.

Every successful self-published author was once a poor, hopeless scribe hammering at a keyboard with dreams of success – and the road that led them to that success was paved with failure.

Remember that even the self-published authors earning millions today were once agonizing over advertising campaigns with budgets of $5 a day, so wherever you are on your self-publishing journey, they’ve been there too – and you can follow the path they blazed.

The two essential components for successfully advertising your book are courage and patience – and I’ll show you exactly what I mean here:

It takes courage to make it as a writer – and that’s even after you’ve had the courage to put pen to paper and throw it out into the world.

The first mistake a lot of self-published authors make when they dip their toe into advertising is exactly that – they dip.

They run $5 campaigns on Facebook. Bid pennies on the dollar on Advertising on Amazon. They don’t want to go in too deep, but the problem is that their budgets are so small it often isn’t easy to see if they’ve had any positive impact or not. That’s why many authors get frustrated, assume that their advertising doesn’t work, and pull the plug.

But the fact is, you’re never going to be able to sustain yourself as a self-published writer with a budget of $5. Those kind of budgets are effective for testing things – as I’ve written about here – but the problem is they very rarely provide enough oompf to move the needle significantly when it comes to book sales.

The problem is: When you’re bidding $5 a day, and gambling pennies on Amazon, you’re operating from a position of fear-of-loss. You’re clinging to your money hoping to find the formula to get a positive return on investment, but instead you’ve opened up a wound that continues to bleed $5 each and every day without really providing you with much.

I’ve lost far more money on $5 a day campaigns than I ever have done running more expensive ones!

A better suggestion is to take the same approach James Bond does when he swaggers into a casino: Assign yourself a budget, and be prepared to lose all of it. This is the key part:

Be prepared to lose all of it.

But it might take you a little time (and a fair bit of money) before you get there. But have courage!

Because if you’re taking writing seriously, you should treat it like a business – and a business has expenses like advertising. The only way to make this sustainable is to create a revenue stream that can feed its own expenses; so you should never, ever look at your monthly royalty payment as ‘your’ money until Facebook, Amazon, and your editor have got their share of it.

If you’re just starting out and that 30% isn’t much more than the $5 a day I just scoffed at, you’re also not alone! And this is where it takes even more courage. I suggest you save up enough money to be able to kickstart your publishing career – but be prepared to lose it all!

Because you very likely will, at first. You’ll run campaigns that barely shift a book – but then you’ll adjust the blurb, or change the cover, and find the next time you run it – it does!

You’ll set your bids and launch your campaigns on Amazon and see your ads getting no impressions, or Amazon devouring your budget like a Rottweiler devours a porkchop, and it won’t be until you watch a YouTube video or have a consultation with an advertising coach before you realize you missed a trick that suddenly turns that advertising profitable.

Again – as always – I speak from experience! I was practically pulling my hair out when I started advertising my romance novels on Facebook, and then one day I adjusted the size of the font in my blurb and BOOM! Suddenly, I was making a profit (because readers could discover the ‘hook’ before the ‘read more’ button.)

Your advertising will fail! It will fail again and again, until you start to figure out the tweaks that make it work for you. Every book is different, every reader community has unique quirks, and the only way to get things right is to get things wrong very, very often!

This is why setting yourself a budget – a budget that hurts – is so important: Because unless you’re prepared to lose all of it, you’ll never take the risks that will eventually turn things around for you.

Of course, don’t be dumb. When I suggest a ‘budget that hurts’ I mean one that is significant enough for you not to want to lose it all; so you’re smart about how you do so.

And that leads into the second quality you’ll need to be successful at advertising:

Patience is the reason the $5 a day campaigns ultimately end up costing authors more than setting a big, beefy budget – because they’re the death of a thousand cuts. They just continue to trickle that money out of your bank account for days… weeks… longer…

If you’ve taken my previous advice and had the courage to get a more significant budget (if you wonder what that means, I started with $900 that I was prepared to lose in a month) you don’t want to make the same mistake and throw it all at a campaign that doesn’t work – just losing your money faster!

But when you’re starting out, losing money is the name of the game – and you’re going to have to enjoy that grim process for a while as you test things out.

Because even though Facebook gives deceptively immediate results when you start advertising on their platform, the results from a day or two aren’t going to be representative of the true effectiveness (or not) of your campaign. For example, my books are in Kindle Unlimited, so I can run a campaign for 10 days and be barely breaking even, but slowly the daily page reads get higher and higher until BOOM – I get a sudden spike.

So in addition to courage, you have to have patience – the determination to stick out your experiments for at least seven-to-ten days to see how they really perform over time.

I wouldn’t recommend less than a week to compare – because that allows certain elements to balance out and give you a more realistic demonstration of whether your advertising is moving the needle or not.

And if it’s not? First, believe me, I know all about that! Secondly, it means you have to change something. Getting no clicks? Change your ad. Getting loads of clicks but no sales? Consider improving your product page.

All of this information comes at a cost – literally – but only by constantly tweaking and improving your campaigns can you start to see a positive return on your investment. It’s a process every advertiser had to go through – it’s non-negotiable.

But the majority of self-published authors don’t know this – and many never learn that they need the courage to embark on this painful right of passage, and the patience to see it through to a meaningful end.

But like the romance novels I write, this is a story that has a happily-ever-after. Every successful self-published author I know recounts an ‘ah ha’ moment when they suddenly saw all that courage, patience (and sacrifice) pay off. They vividly remember the day they realized it was working!

And that day can come for you. It might cost you a lot – and I’m not just talking about money. You might have to switch covers you love for ones that are more ‘on brand’ for your genre. You might have to rewrite your blurb a dozen times, or just have someone else do it. You might need to test a hundred ads before you find the formula that makes them work – but you will!

Because that’s ultimately the only thing that stands between successful authors and those who never make a huge commercial impact – this painful, awkward, costly journey. But it’s a journey that sees you and your books develop and improve, and teaches you the skills and mindset that can help you continue that success long into the future.

*okay, not really, I made that up. But you know what I mean.

If you want to shortcut through the toughest parts of building a successful advertising campaign, Hidden Gems offers a variety of services to help, from experts like Ginger – providing covers, editing, blurbs, or just advice and plans of actions that can help you leapfrog through the learning process. 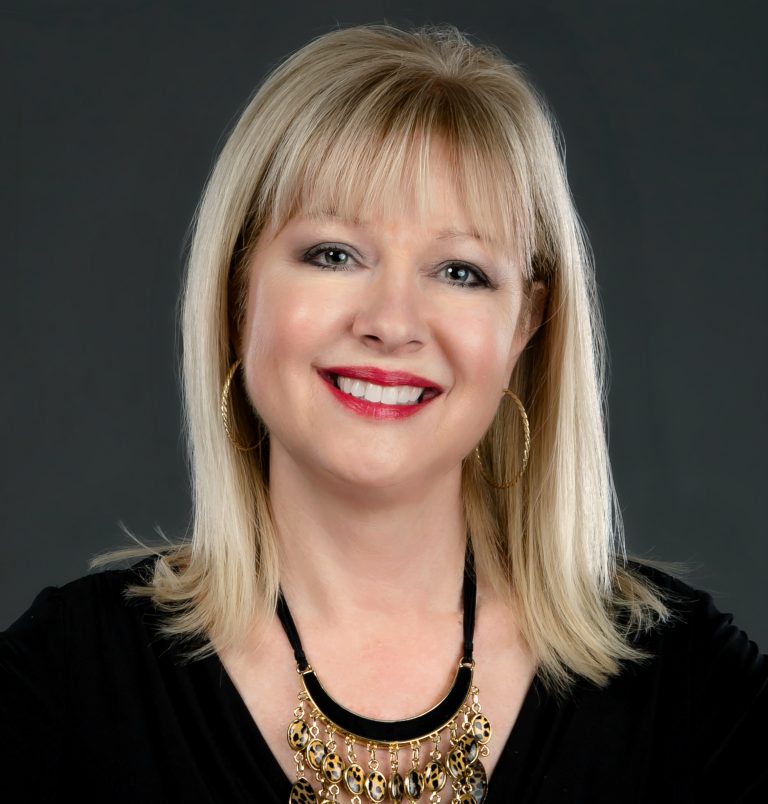 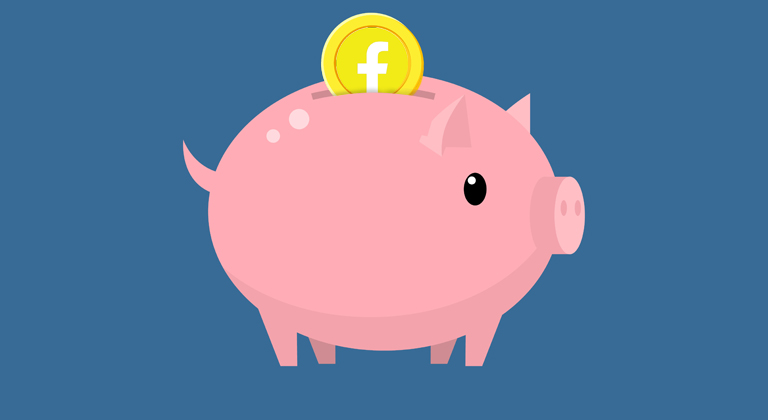