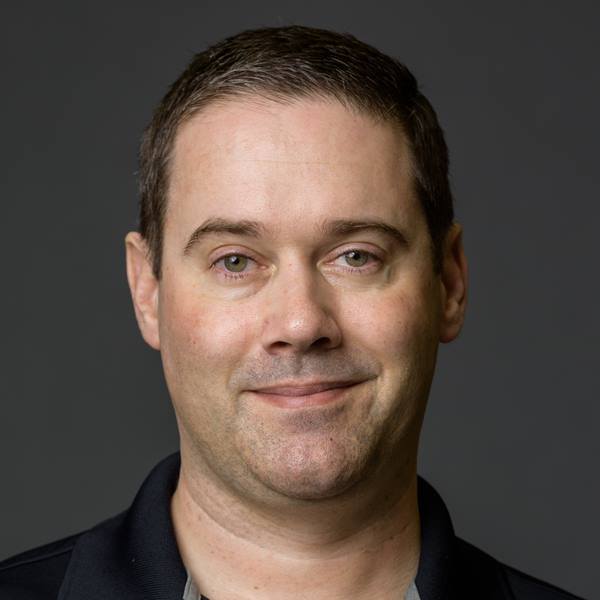 From the moment I picked up the first book in Jordan Vezina’s Jericho Black series, I was hooked.

They stem from a truly original premise – the grandson of a decorated Nazi becoming a Mossad-trained assassin, hunting down those from the Third Reich who thought they’d escaped the punishment they deserve. With its debut set in a vividly-realized 1970s San Francisco, Vezina’s books combine action, adventure, and accurate military experience – the stuff favored by fans of authors like Lee Child – and blend those ingredients with intense characterization and twisted morality similar to the oh-so-human “monsters” that authors like Stephen King have become so famous for writing about.

HG: So, first off – who IS Jordan Vezina. How would you describe yourself?

JV: I’m a former Marine infantry sergeant and I also did a stint in the Army/ National Guard. Then I’ve worked in security consulting and executive protection. I’ve been writing or pursuing other art forms ever since I was very young, and when Amazon opened up the self-publishing floodgates, I decided to start putting some of my work out there.

JV: No, I would say it was probably the thirteenth. I think I wrote my first full book when I was probably twelve and then wrote a bunch after that, but never took it seriously. Those books have now all been lost to the sands of time, and poorly made floppy discs. My book Hard Red Winter was the first book I wrote that I’ve since published. I wrote the first version of that one in 2000 and wrote the first version of Among Wolves in 2005. They both technically occur in the same universe.

HG: There’s a LOT going on with Among Wolves. Such a fascinating concept! WHERE did the concept of Will Hessler – the grandson of Nazis, turned Mossad-trained Nazi Hunter – come from?

JV: I don’t really know. I write stream of consciousness, so I don’t have an outline or character sketches or anything like that. It’s basically like I’m watching a movie and a character walks on and starts talking. So, there he is – and I just write down what he or she says [Author’s Note: We actually blogged about what a powerful plotting technique this is.] I never really know where the story is going from one page to the next, so I think that allowed Will to evolve organically over the course of the series.

HG: Where did the idea for the story come from? I mean, everything about it was so original! You set it in San Francisco in the 1970s, then Argentina in the 1950s for the prologue. Plus, you had such rich characters with Will’s mother and grandfather!

JV: If I had to locate a seed for this idea it probably would have been a movie from 1996 called The Man Who Captured Eichmann. I remember watching that right before I joined the Marines and I think it kind of stuck in my head. I was always fascinated by World War Two and The Holocaust and I think those two events are a breeding ground for many great stories. Particularly the character of Jacob Mitzak (The Hammer Of Israel) was an attempt to give a face and a voice to that spirit of Holocaust rage.

HG: Can I ask your background? Did that impact any of the story areas you explored?

JV: My childhood was pretty unbelievable. I’ll be talking about it in an upcoming book I’m working on now, about recovery from PTSD. There were a lot of pretty psychotic people coming and going, an escaped convict hiding out in the house, drug dealers getting robbed, etc. You know, the usual stuff! Both of my parents were institutionalized at different times and I only found out this past year that the man I thought was my father was not. So, some of that definitely worked it’s way into the Hessler family dynamic!

JV: If you haven’t gotten around to Ariel’s relationship with Jacob Mitzak and Jane Sutcliffe (her mother and father) there’s a lot in there too.

HG: Do you find writing is kind of like a form of therapy?

JV: Writing the PTSD book has been therapeutic in a way, because I keep reading it back saying out loud “Did this all really happen?”

HG: Wow, so much to unpack! Next, the Marines! When did you join the Marines?

JV: I joined the Marine Corps in the summer of 1997. I wasn’t doing much at the time, just playing in some metal bands, and I had this mentality that I was still kind of soft and so I wanted to put myself through something serious. The Marine Corps seemed pretty serious.

HG: You say it so casually, but it’s one of the toughest branches of the military to get into – I’m hugely impressed. How long were you in the Marines? 1997 means you might have been poised to see a LOT of action – Kosovo in 99, Afghanistan, Iraq. That’s incredible material for a book!

JV: I was 20 when I went in. This was pre-9/11 so there wasn’t much going on at the time. I went to a unit called 2nd F.A.S.T. Company. In a way I got lucky because the FAST Teams were pulling most of the real world missions coming down the pipe at that time. We got the embassy bombings in Kenya and Tanzania (not my platoons) and then we get Kosovo, too. So, my platoon deployed for that. I got out in August 2001 right before everything kicked off.

I went to Sacramento MEPS to check in for reserve duty but weirdly they told my group they didn’t need us. So I didn’t think much of it but then went active reserve in 2005 with 23rd Marines but nothing came of that either. So, I turned around and re-upped with the National Guard as an 11 Bravo (infantry) in ’06/’07 for the troop surge and made it out to Fort Dix in New Jersey for pre-deployment but tore a tendon in my hand and that was the end of that. I made it through about a month of training with that torn tendon before it couldn’t be ignored anymore. I ended up with my hand in a splint for several months after that.

I was fortunate to serve with a lot of really stellar Marines and soldiers who went on to do great things in the service of our country and who contributed to my personal and professional development.

HG: Clearly, a lot of that experience makes it into your stories – they’re very visceral and vivid. What was the process of writing Among Wolves. You’re not a plotter, are you? You described it as “stream-of-consciousness.”

JV: Yeah, I don’t really have much of a process I guess. I just start writing and it ends where it ends. I’m fortunate to have a good memory so that I can keep all of the characters and story lines from past books straight. Probably the main thing I have as far as a process is the research. That takes up most of the time. Because the books are all set in the 1950s-1980s I have to do a lot of research to make sure everything rings true. Part of that was finding out that cell phones and online banking both existed in 1980 for Outfoxed and Going Dark. Most of the time I get it right but there have been a few things my readers have caught.

HG: Does your research ever influence the direction of the story? As you find out new things and new story ideas?

JV: I don’t know that it influences the story, but it does lend some depth to the characters and sometimes change their behaviors. For instance, finding out the role that the New York Mafia played in assisting the United States government against German saboteurs during World War Two influenced the development of the Mob-based characters in the second Jacob Mitzak book The Butcher’s Bill.

HG: What is the physical act of writing like? Did you schedule writing time every day? Do you write on a laptop? Desktop? Do you write in Starbucks? Or your own office, or what?

JV: I kind of just squeeze it in when I can. I run a full-time business that sucks up about fifty hours a week, so finding that time was often challenging. When I could find it I write on my laptop either at work or at home in the kitchen. I’m also pretty religious about using my blue light-blocking glasses and keeping the screen set to gray scale and with the night shift function on. The blue light that a computer screen gives off can create a lot of problems for the eyes and brain so it’s best to minimize it as much as possible.

JV: Probably to understand that as an independent writer, I’m building a community. I have a small audience, but I think they’re super into the books and the Jericho Black universe in general. So I always take the time to answer questions and I appreciate that so many people are into these characters and their stories.

HG: Great advice. So who are your favorite authors and books?

JV: I’m a terrible example. I don’t really read fiction. I mostly read military history and books on neuroscience. When I was a kid I read a lot more but mostly horror. Stuff like Stephen King, etc. I loved House of Leaves by Mark Z. Danielewksi. By the way, I want to find all of these people giving House Of Leaves 1-star on Amazon and demand an explanation for their horrible taste in books.

I did read the W.E.B. Griffin series The Corps and I think that comes through a bit in my book Broken English. He was good at universe building.

HG: To be honest I can see shades of Stephen King in your writing – you have characters who are very nuanced. Real, scary monsters.

HG: Finally – where can readers find more about you and your books?

JV: Well, my Amazon author page is a good place to start, and I also have a Facebook page and website.

If you like the look of Jordan’s books, be sure to check them out on Amazon. Also remember that you’ll receive books like these, including those of Jordan Vezina, when you sign up to Hidden Gems – plus titles from 15 other genres, delivered FREE to your inbox every day! 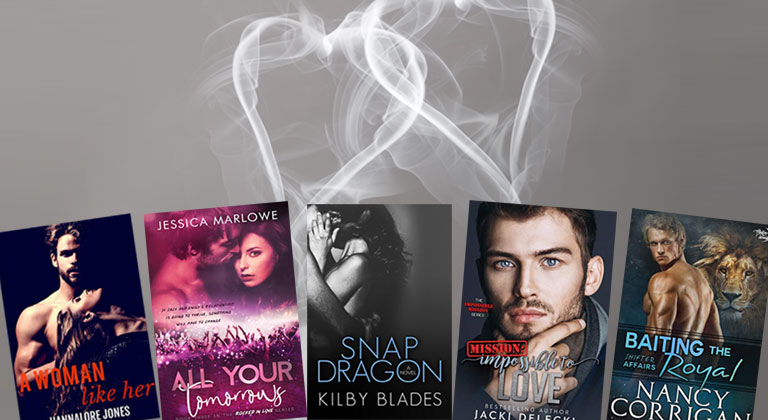 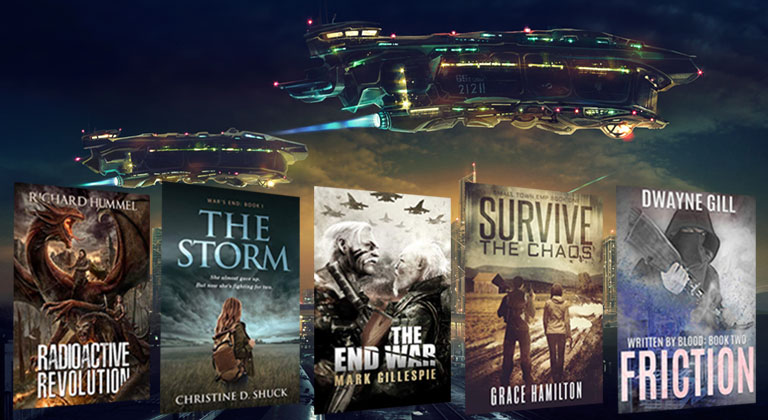